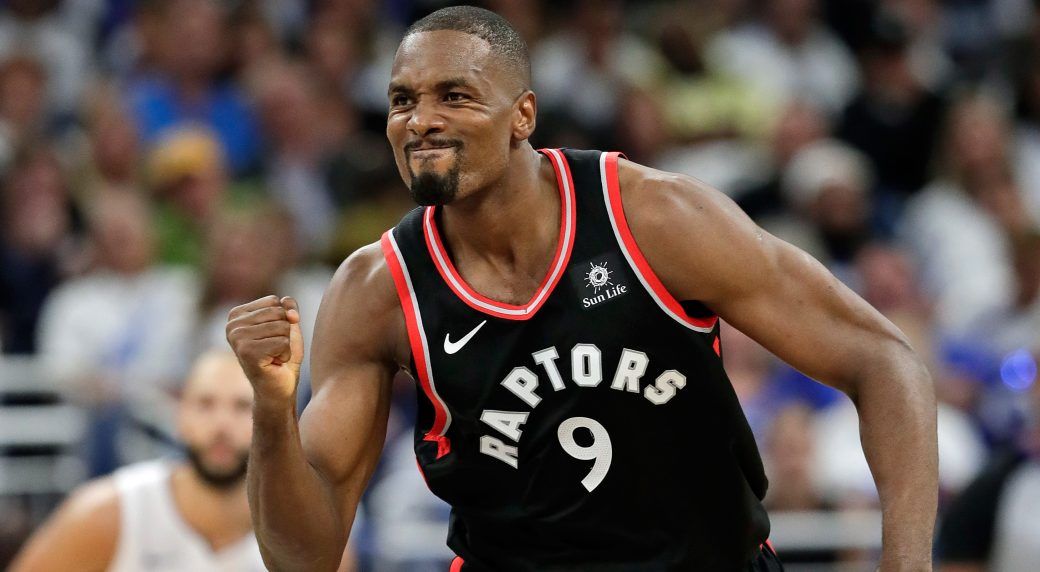 The Los Angeles Clippers had a disappointing finish last season, as they failed to live up to expectations. They were tagged as title favorites for the entire season but they were eliminated in the second round of the 2020 NBA Playoffs after blowing a 3-1 lead over the Denver Nuggets in the series. Their early exit led to a shakeup, as they fired Doc Rivers and promoted Tyronn Lue as their head coach. Clippers owner Steve Ballmer has also hinted that they will make roster changes either through free agency or trades this offseason.

The Clippers have decisions to make with key free agents like reigning Sixth Man of the Year Montrezl Harrell, veteran forward Marcus Morris, Patrick Patterson, and Reggie Jackson. While their four free agents have made impact last season, it is not a guarantee that Los Angeles will keep them for another run next season, knowing that there might be better options for them on the market.

Los Angeles does not have a lot of cap space to chase marquee free agents this offseason unless a superstar decides to take a pay cut for a chance to win a title next season. According to Jovan Buha of The Athletic, if the Clippers have their full Mid-Level Exception in free agency, Toronto Raptors big man Serge Ibaka should be one of their targets this offseason because he thinks he is the most ideal option for the Clippers.

"Ibaka is the perfect role-playing big man in 2020," Buha said of Ibaka. "He can shoot 3s at an above-average rate (38.5 percent on 3.3 attempts per game), show and switch on pick-and-rolls, corral ball handlers, protect the rim, rebound and even make the occasional high-level read. He would certainly be an upgrade over Montrezl Harrell as a floor spacer, rebounder and defender."

If the Clippers successfully signs Ibaka, Buha thinks that he would be an excellent backup to potential starting center Ivica Zubac or a possible four to close out the game. The veteran has played the five position for the majority of the past two seasons in Toronto, but his ability to knock down shots from mid-range and from beyond the arc could easily make him an option at four for the Clippers.

Ibaka, who will be entering his 12th year in the league, is coming off a great season with the Raptors. The 31-year-old averaged a career-high 15.4 points on top of 8.2 rebounds and 1.4 assists last season. His assist average is also a career-best for Ibaka, while his rebounding average was his highest since posting 8.8 rebounds for the Oklahoma City Thunder during the 2013-14 NBA season.

Because of his impressive numbers last season, Ibaka is expected to get a lot of suitors and he might ask for more than the mid-level exception, which could be worth around $9-10 million this offseason. He could take a discount if he decides to play for a contender next season, but it remains to be seen if winning will be a priority because he has already won a ring with the Raptors last year.

If Ibaka decides to sign elsewhere, Buha thinks that the Clippers should also make a run at Miami Heat point guard Goran Dragic. Health is a question mark for Dragic after suffering a torn plantar fascia during the 2020 NBA Finals, but Buha thinks that if the Slovenian playmaker can recover well, he will be exactly what the doctor ordered for the Clippers in terms of getting a new starting point guard, which is reportedly a request from Kawhi Leonard.

"He would immensely help the Clippers on the ball handling and playmaking fronts," Buha said of Dragic. "Defensively, he competes, which is all you can ask from an aging player who was never considerably strong or explosive. He’s tough and playoff- tested, which the Clippers need in their playoff rotation. Even if he took a step backward in the regular season, allowing others to soak up more minutes, shots and points."

Heat forward Jae Crowder was also mentioned as an ideal target for the Clippers because he is arguably the best three-and-D option on the market this offseason, and Buha thinks he could replace Morris if he leaves. His experience, having played in the 2020 NBA Finals, would also be critical for the Clippers, who are expected to go all-in for the title next season.

The timing might be perfect to snatch either Crowder or Dragic. Despite making the finals last season, the Heat have yet to make a final decision on the future of Dragic and Crowder. Miami, as expected, is interested in bringing both veterans back for another run next season, but might got into a different direction depending on their asking price because their priority is to keep their cap space for their pursuit of Giannis Antetokounmpo next year.

"Miami has interest in re-signing Goran Dragic and Jae Crowder, but the Heat won't do anything that jeopardizes their chances with Antetokounmpo," Zach Lowe of  ESPN reported. "The list of such things might include asking Bam Adebayo to wait until next offseason to sign his new contract -- a way of maximizing cap space for Antetokounmpo. Adebayo and Antetokounmpo share an agent -- Alex Saratsis of Octagon."

Buha was also asked if Denver Nuggets forward Jerami Grant would be a great fit for the Clippers. He said that Grant could make an impact to any team he is playing for, but he does not see the Clippers having a chance to acquire the 26-year-old forward. The former Syracuse standout will be a hot commodity when the free-agency period begins because of his impact for Denver last season, particularly in the postseason.

"Grant is worth more than the non-taxpayer midlevel exception, especially after impressive defensive performances against Donovan Mitchell, Leonard and LeBron James (especially against Leonard)," Buha said. "He can play the three or four, defend at least four positions, shoot, cut and rebound. There aren’t many wings with his size, length and skill set. He could be one of the few winners in this free-agent market."

The New York Knicks will be one of the teams to watch this offseason in free agency because they have the most cap space available. New York could create nearly $60 million in cap space depending on what they will do with players with partially-guaranteed deals and their team options. New York is already being linked to potential targets, with the latest chatter tagging them as potential suitors for Christian Wood.

According to Ian Begley of SNY, the Knicks have been monitoring the situation of Wood with the Detroit Pistons. Begley said that Wood would be a "top target" for New York this offseason. He said that New York has been keeping their eye on Wood since the trade deadline earlier this, and their interest grew even more after the 25-year-old forward made a huge impact for Detroit late in the season.

"New York’s front office had been enamored with Wood," Begley said. "The Knicks had been monitoring Wood for much of the season prior to the coronavirus outbreak. Many teams were monitoring Wood ahead of the trade deadline, but New York was one of the few teams watching the Pistons regularly after the deadline -- an indication that the Knicks had a high level of interest in the forward."

Wood, who will be playing in his fifth season in the league, averaged 13.1 points and 6.3 rebounds. His numbers might not be glaring at first glance, but when he was promoted as a starter last season following Andre Drummond's trade, Wood turned a lot of heads. In 12 games as a starter, the former UNLV standout averaged 21.9 to go along with 9.4 rebounds and 2.3 assists per game.

New York already has their big man of the future in Mitchell Robinson, which might make a deal for Wood questionable. However, Sam Quinn of CBS Sports is convinced that Wood can co-exist with Robinson because of his ability to shoot after averaging 56.0 percent from the field and 40.8 from beyond the arc as a starter last season.

"Shooting makes him particularly appealing to a Knicks team that already has Mitchell Robinson entrenched as the center of the future," Quinn said. "Neither Robinson nor fellow cornerstone RJ Barrett shoot particularly well from beyond the arc, so spacing the floor for them properly is paramount. New Knicks coach Tom Thibodeau has worked with several shooting big men in the past."

It remains to be seen what the Knicks will do in free agency. They are also being tagged as a potential landing spot for Fred VanVleet, who will be one of the top free agents this offseason. Previous reports also indicated that the Knicks might consider trading for Chris Paul if the Oklahoma City Thunder go on a full rebuild. Paul has connections within the Knicks organization, particularly team president Leon Rose, who was his former agent.