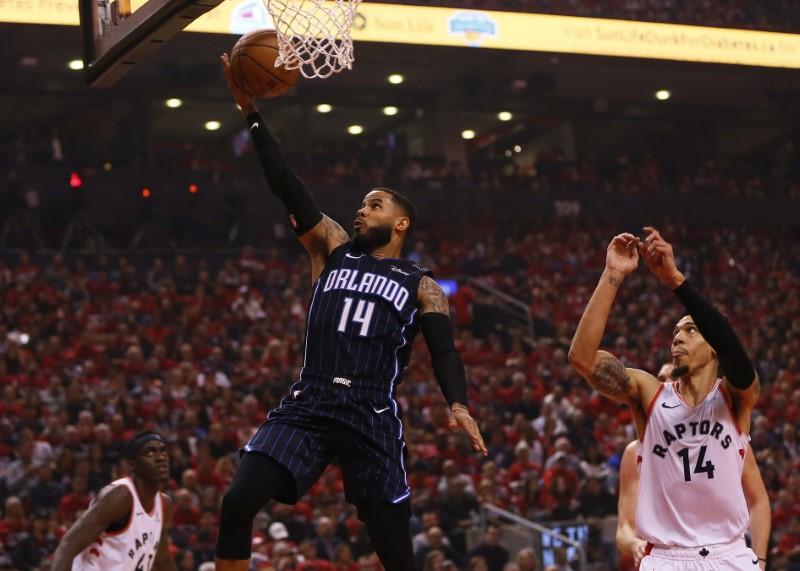 Behind the heroics of veteran point guard D.J. Augustin, the 7th-seeded Orlando Magic pulled off a stunning victory over Kawhi Leonard and the 2nd-ranked Toronto Rapters in their season opener. Game 2 will be a pivotal stage for both teams, but look for the Raptors to come out hungrier and more desperate to tie the series.

Will All-Star center Nikola Vucevic show up in Game 2? In his first playoff game since 2012 when he played only a single contest with the Philadelphia 76ers, Vucevic came out with only 11 points on just three made attempts from the field. It’s a far cry from the 20.8 points he posted during the regular season, and it’s just fortunate that the Magic got the breaks of the game in the series opener win. Vucevic will be hard-pressed to produce in the next games as it’s difficult to imagine that the Magic will win another contest without his usual scoring brilliance. But with Raptors defensive centers Marc Gasol and Serge Ibaka breathing closely on his neck, Vucevic should work extra hard as Toronto’s defensive schemes are centered on him.

Will we see Kyle Lowry become a more aggressive scorer in Game 2? Lowry, the Raptors long-tenured star point guard, laid an egg in the scoring department in the previous game but hauled down 7 rebounds and dished off 8 assists. While he missed some open shots that he usually makes, Lowry just put up a total of 7 field goal attempts in a playoff game. That’s not an indicator of sustainable success for Toronto, and they need the 33-year old vet to step it up a notch in the offense. Lowry did just about everything except scoring in Game 1, as evident in his team-high +11 plus/minus. Lowry has been more of a pass-first player this season, but the Raptors need him to go back to his old scoring self to take out Orlando.

Pascal Siakam played 9 more minutes than Kawhi Leonard. With the next game obviously the Raptors’ most important battle of the season, will we see more of Kawhi in Game 2? The Raptors coaching and medical staff has done quite a brilliant job of preserving Leonard’s legs and health during the regular season, but it’s time to let the reins off the star forward. Siakam played a team-high 42 minutes in the first game as his back-up, OG Anunoby, was sidelined by an emergency appendectomy. Expect Siakam’s minutes to decrease a little, leading to an increase in Kawhi’s minutes in Game 2.

The Magic shot the lights out from deep with a 48% three-point percentage. The Raptors have been excellent all season long in defending the perimeter, ranking 8th in opponent three-point percentage (35%). But with their defense focused on containing Vucevic on the inside, they failed to effectively close out to the Magic’s shooters. Even Michael Carter-Williams, a career 25% shooter from beyond the arc, drilled two triples. The Raptors weren’t quite ready for Orlando’s snipers in Game 1, and Augustin’s game-winning trifecta should be a wake-up call for the defense.

With Augustine’s offensive efficiency in the first game, expect the Raptors to attack his defense on the other end, leading to double-teams and wide-open scoring opportunities for their shooters. Lowry will be more aggressive in driving to the paint – six of his seven shots were three-point attempts – and a slashing and dashing version of him will be the ultimate weapon against a Magic defense that is without a solid rim-protector.