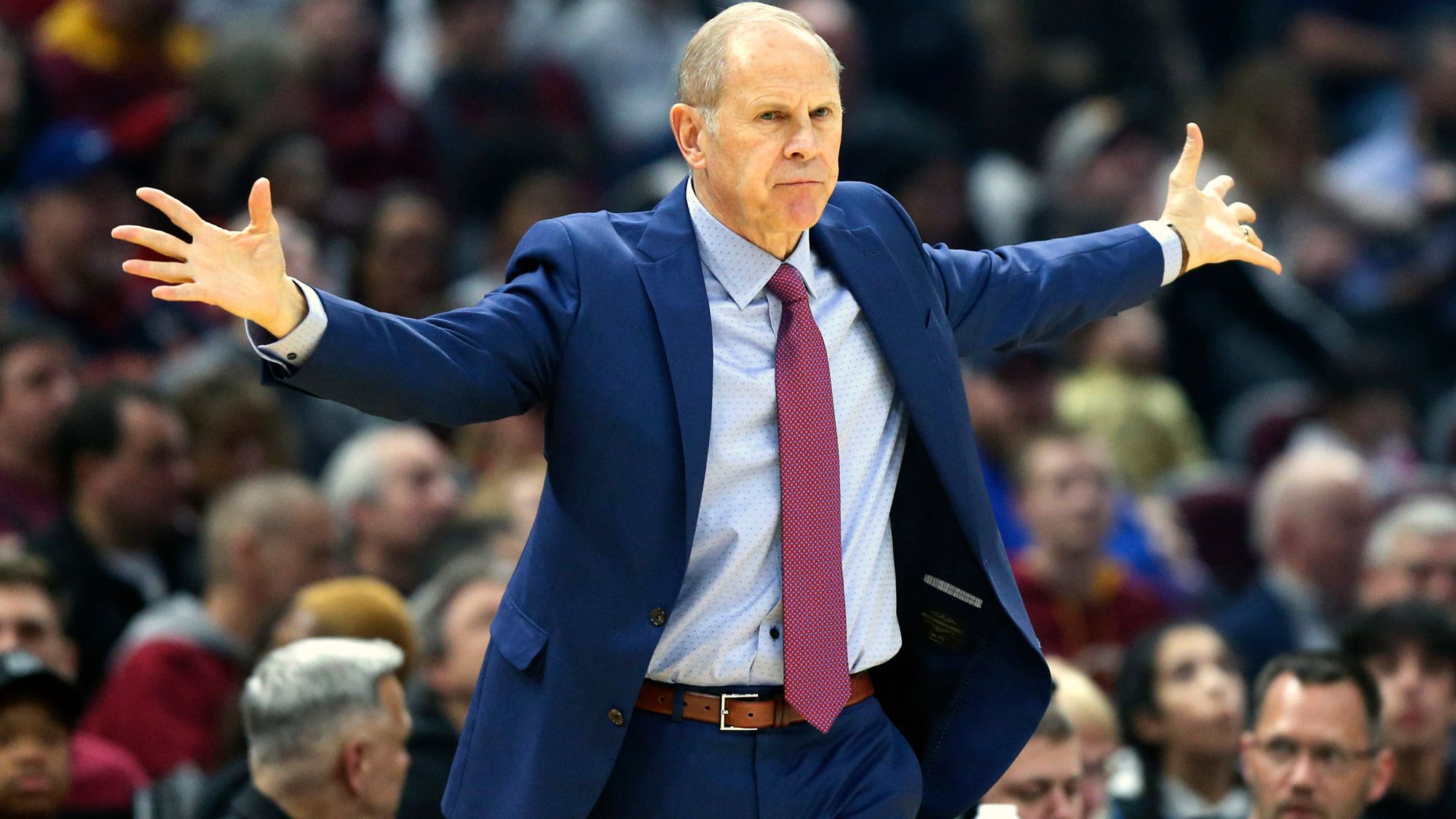 Beilein experiment goes awry as Cavaliers decide to move on

Coaching change is becoming a regular thing for the Cleveland Cavaliers nowadays. While it has been widely reported that head coach John Beilein has been negotiating an exit with the Cavs front office for days, ESPN’s Adrian Wojnarowski now confirms that both parties have moved on, paving the way for JB Bickerstaff to be promoted to the head coaching job. The 67-year old Beilein is a tremendous coach in the collegiate ranks, steering the Michigan Wolves to multiple Final Four appearances in the past decade.

“Story filed to ESPN: After a brief and tumultuous tenure, John Beilein is leaving as  Cleveland's coach. Associate HC JB Bickerstaff will be elevated to head coach. Beilein's expected to say goodbye to staff and players on Wednesday upon team's return from All-Star Break.

The Cavaliers had planned for a Beilein-Bickerstaff succession plan, but never imagined it would come at the All-Star break of Beilein's first season. Bickerstaff would be promoted to the full-time coaching role, not on an interim basis, per sources.”

With a lowly 14-40 record this season, the Cavaliers are dwelling in the bottom cellar of the Eastern Conference. To be fair with Beilein, he never had the right personnel to make a lot of noise in the league. The team has eight rookies on their roster, and their starting point guard is a second-year player. Their 31-year old main star Kevin Love has been through an abundance of trade rumors, along with their long-tenured combo big man Tristan Thompson.

Of course, Beilein accepted the Cavaliers job with the understanding that the team is headed for a full rebuild. Yet, veterans Love and Thompson remained on the line-up despite heated speculations that they needed to be traded before the February deadline. Instead, general manager Koby Altman and the team’s front office opted to give up Brandon Knight and John Henson in the deal they made to acquire former Detroit Pistons All-Star center Andre Drummond.

But Beilein does not come without any flaws in his approach to pro basketball. He has been used to teaching fundamentals and holding strict rules on practices during his college coaching tenure, something that he reportedly carried over to the NBA. It came to the point that Cavaliers players are already showing little to no respect for their new coach. The Athletic’s Joe Vardon and Shams Charania reported last December that the players were not fans of how Beilein is treating them like college cagers.

“In the midst of losses in four consecutive games and 10 of their past 11, Cavaliers players are bristling at new coach John Beilein because he’s treating this season like they, and he, are still in college, numerous sources told The Athletic.

It’s already gotten to the point where players are looking past Beilein to his lead assistant, J.B. Bickerstaff, for guidance, those sources said.”

So, there is already a writing on the wall indicating that the team has been paying more attention to what Bickerstaff, their assistant coach, is saying. The 40-year old Bickerstaff already has head coaching experiences with the Houston Rockets and the Memphis Grizzlies, before becoming a candidate for the Cavs role last summer. Altman obviously picked a different route with the Beilein hiring, although the latter has also established a credibility in being a great player development coach.

The relationship between Beilein and his players became even more tumultuous when reports said that the former called his team “thugs” during a video session. Even though Beilein apologized and cleared out that he meant to say “slugs”, his relationship with his players was already a crumpled paper.

After another embarrassing loss at the hands of the depleted Golden State Warriors squad last February 1, Beilein addressed the media regarding his players’ approach to winning games. He pointed out that it shouldn’t be his fault that the team is not exerting much effort on both ends of the floor, as per Chris Fedor of Cleveland.com.

“I think that our guys have to measure themselves, are they bought in to playing winning basketball? I don’t think it has anything to do with a particular coach or coaches, whatever, they’ve just got to go and play hard. There’s moments that we have, that we have played really hard in a lot of adversity. I can’t answer that, but I do know that I’m trying to do my job and work as hard as I can for them.”

It remains to be seen if Beilein will return to the collegiate ranks. Wojnarowski reports that he and the Cavs front office are working out a “settlement” for his termination, given the fact that both camps agreed to a five-year contract last summer. With that said, college teams would absolutely love to have Beilein coaching their young players. Beilein has compiled a stellar coaching record of 571 wins against only 325 defeats in the collegiate ranks.

After firing Steve Mills and installing famous sports agent Leon Rose as new president of the New York Knicks, the team has now set their sights on finding a fitting coach to lead them next season. Rumors have it that Rose’s priority is to hire seasoned NBA coaches like Jeff Van Gundy or Tom Thibodeau, recent reports indicate that the Villanova’s champion tactician Jay Wright has also propped up in the Knicks’ radar.

However, it turns out that Wright may not be the right candidate for the team. SNY’s Ian Begley reported that it will really take an out-of-this-world offer for the Villanova coach to consider moving on to a new territory.

“But if the Knicks want to make another run at Villanova head coach Jay       Wright this offseason, they'll need to make an extremely strong pitch to lure him out  of Philadelphia.

An NCAA source said Tuesday that Wright would need to be "overwhelmed by the opportunity" to even consider leaving Villanova for another job. This echoes a report from The Athletic's Dana O'Neil, who noted Monday, "source told me Jay Wright is not going anywhere. Not to the Knicks. Not to the Sixers. Not to Oz. His house is for sale. He's not."’

With the high chance that Wright will beg off from the Knicks job, Thibodeau’s name could eventually be the frontrunner. The former Chicago Bulls and Minnesota Timberwolves top honcho has been expressing his desire to return to his coaching career, something that he has done a tremendous job of during his eight-year stint as an NBA head coach. It is important to note that Thibs is already familiar to the New York environment as he served as a Knicks assistant coach from the 1996-97 season to 2002-03.

During an interview with the Chicago Sun-Times, Thibs reiterated his plans of going back to coaching, even saying that he is “comfortable” in being criticized by a lot of people.

“For me, it’s always been about being true to yourself. If you do the research, look at the numbers, and talk to the players that have played for me, you would find the truth. It’s not frustrating because it’s all part of it, part of the league. We’re all going to get criticized for something. I’ve always been comfortable with that.

Trust me, I’ve kicked back and read a book on a beach somewhere, got some warm weather, but I love coaching. That’s my passion. When you’re not in it, you miss the camaraderie, and I know for me, I really miss the competition. That’s what I miss the most.”

As for the Knicks, they are currently sporting a 17-38 record as another losing season is looming on the franchise. Their firing of David Fizdale was widely criticized, although interim head coach Mike Miller has done a decent job in instilling a competitive atmosphere within the young squad.