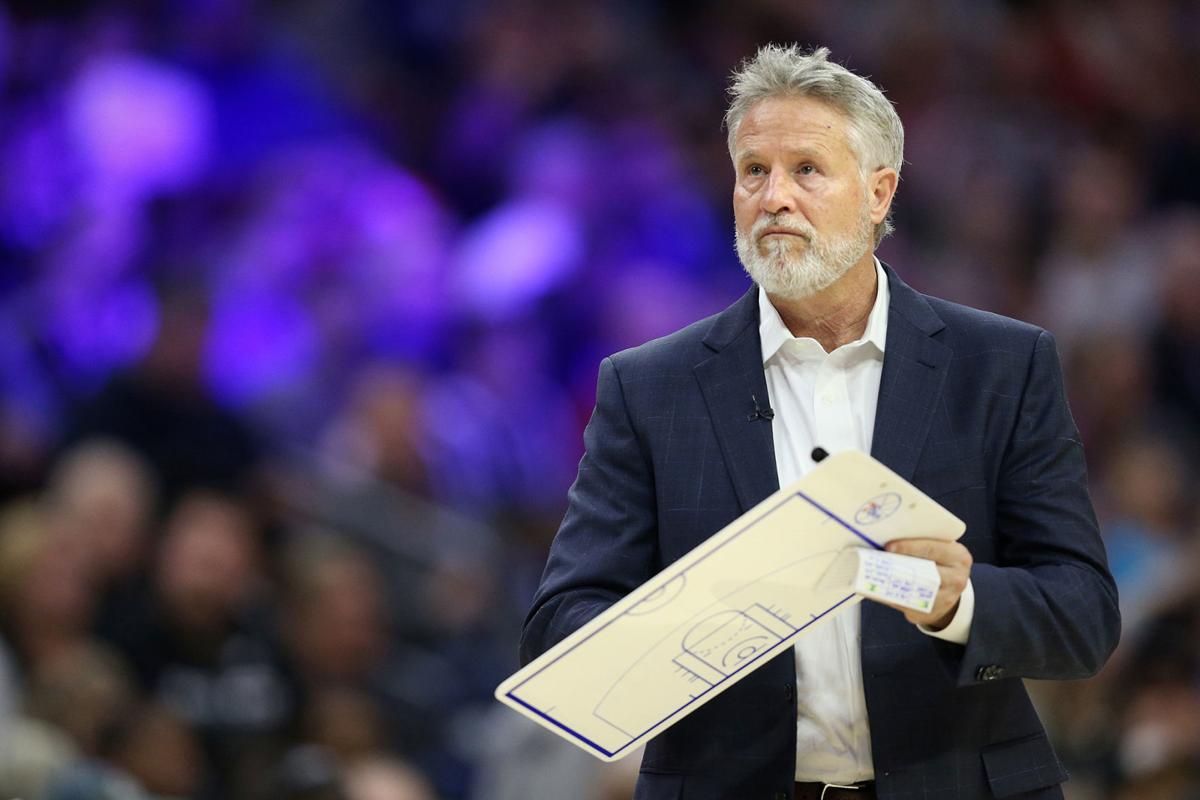 Rumors circling around Brown’s potential firing heated up moments before the Philadelphia 76ers’ Game 7 face-off against the Toronto Raptors. The Sixers lost on a Kawhi Leonard buzzer-beater, trouncing out the Sixers off the playoffs in one of the most memorable game-winners in league history. But ESPN’s Adrian Wojnarowski reports that Brown will still be the team’s head coach next season as Philly continues the process of building a championship contender.

There had been some uncertainty about Brown returning for his seventh season, but Harris eliminated that doubt in a lengthy meeting with Brown and general manager Elton Brand on Monday that mostly centered on discussions about the franchise's plans for the offseason.”

Through 6 seasons with the Sixers, Brown has amassed a losing coaching record of 178-314, but has turned things around for the franchise by leading the team to the playoffs for the last two years. Philly was a bounce of the ball away from forcing overtime in Toronto and setting themselves up for the Eastern Conference Finals. Though the team initially found it difficult to incorporate Jimmy Butler and Tobias Harris to their half-court sets, I believe that the team chemistry definitely improved during the last few games of the regular season until the playoffs.

Sixers superstar big man Joel Embiid chimed in his thoughts on the Brown ouster rumors, saying that he doesn’t understand where these hearsays came from and that Brown has been an “amazing coach,” per Ky Carlin of the Sixers Wire.

“I heard about all these rumors, and I thought it was (expletive. He's done a   fantastic job. He's been there through everything and this year, I think he grew even   more as a coach. It's hard when you've got five guys who can score the ball and do a lot of things on the basketball court. At the end of the day, it comes down to the players. He's an amazing coach, a better person, and I got a lot of love for him. If  there is someone to blame, put it all on me."

The Sixers front office will have plenty of personnel decisions to make this offseason as both Butler and Harris are going to be unrestricted free agents, as well as valuable gunners JJ Redick and Mike Scott.

The hiring of former Indiana Pacers and Orlando Magic head coach Frank Vogel as the new head tactician of the Los Angeles Lakers has now been officially announced. Lakers general manager Rob Pelinka gave heaps of praises for Vogel, noting the 45-year old coach’s “proven track record of success” in the league, via the NBA.com.

“We are excited to add Frank Vogel as the next head coach of the Lakers. Coach  Vogel has a proven track record of success in the NBA Playoffs, and he reflects the   core qualities we were looking for in a head coach, including, detailed game preparation, extreme hard work, and holding players accountable to the highest basketball standards.”

Vogel will inherit the spot vacated by new Sacramento Kings head coach Luke Walton, a position many pundits believe is one of the most pressure-packed coaching job in the league. However, it appears that Vogel isn’t the only former NBA head coach to join the Lakers’ ranks. ESPN’s Adrian Wojnarowski reported that former Brooklyn Nets and Milwaukee Bucks coach Jason Kidd “has also agreed to a deal to become a prominent assistant coach on Vogel’s staff.” Kidd previously interviewed for the Lakers’ coaching vacancy before the team decided to schedule a sit-down with Vogel.

“Under Vogel, the Lakers are unlikely to distinguish between a top assistant and the rest of the coaches. One Lakers source described it as "the Phil Jackson model" of assembling a staff. The influence of Jackson and Kurt Rambis weighs heavily in the Vogel hiring.”

There were also rumors that Rambis will join Vogel’s coaching staff, but that story doesn’t have any accurate traction from league sources just yet.

The Cleveland Cavaliers will continue to usher in a new era post-LeBron James as they have announced their hiring of John Belein as their new head coach. Beilein has coached the Michigan Wolverines for 12 seasons, before agreeing to a five-year deal with the Cavaliers, per Adrian Wojnarowski of the ESPN. Here’s what Cavs general manager Koby Altman has to say about their exciting deal with Beilein.

"John is one of the most accomplished and innovative basketball minds and leaders in the entire game. He has a unique ability to create an outstanding culture that will promote the development of young players and provide a solid structure to the entire program; not to mention the fact that John Beilein wins everywhere he goes. We are   excited Coach Beilein is joining our organization as we continue to build the   foundation that any enterprise needs to be successful and competitive year in and  year out."

The 66-year old head coach has been coaching in the college ranks since 1978 with the Erie Community College, and started his Division I career by coaching at the Canisius College in 1991. He went on to coach Richmond, West Virginia, and most recently, the University of Michigan. Beilein’s college coaching experience will bode well in developing the Cavaliers’ young players led by point guard Collin Sexton, and an incoming Top 5 pick in the 2019 NBA Draft.

Gersson Rosas, the new Minnesota Timberwolves president of basketball operations, is wasting no time turning the franchise’s fortunes around as he and the rest of the Wolves front office are scheduling interview for the team’s head coaching vacancy. ESPN’s Adrian Wojnarowski has the inside scoop on this interesting development for Wolves fans.

Interim coach Ryan Saunders will remain a prominent candidate in Minnesota's    coaching search, but Rosas plans to engage in a process with outside candidates      before formalizing a decision on a new head coach, league sources said.”

The Timberwolves, after having a promising roster of excellent stars and role players with the acquisition of Jimmy Butler and the development of star big man Karl Anthony-Towns, suddenly went into turmoil after Butler’s widely-documented trade demand and the firing of head coach Tom Thibodeau. Saunders have done a good job in steadying the ship for the chaos inside the Wolves locker room, but the franchise’s top brass could be looking for a more experienced figure to lead the team to greater heights.

Joining Howard and Vanterpool in the potential head coaching pool for Minnesota are assistant coaches Chris Finch and Darvin Ham, per Chris Hine of the Star Tribune.

The Wolves will have an interesting offseason ahead of them as they continue to develop Towns into a Top 10-caliber player in the NBA, while dealing with the team’s bloated player contracts like that of Andrew Wiggins and Gorgui Dieng. The team can also inject some young blood into the roster as they have the 11th pick of the upcoming draft, which they can use to potentially select talented players like Duke’s Cam Reddish, North Carolina’s Coby White and Nassir Little, or Gonzaga’s Rui Hachimura or Brandon Clarke.