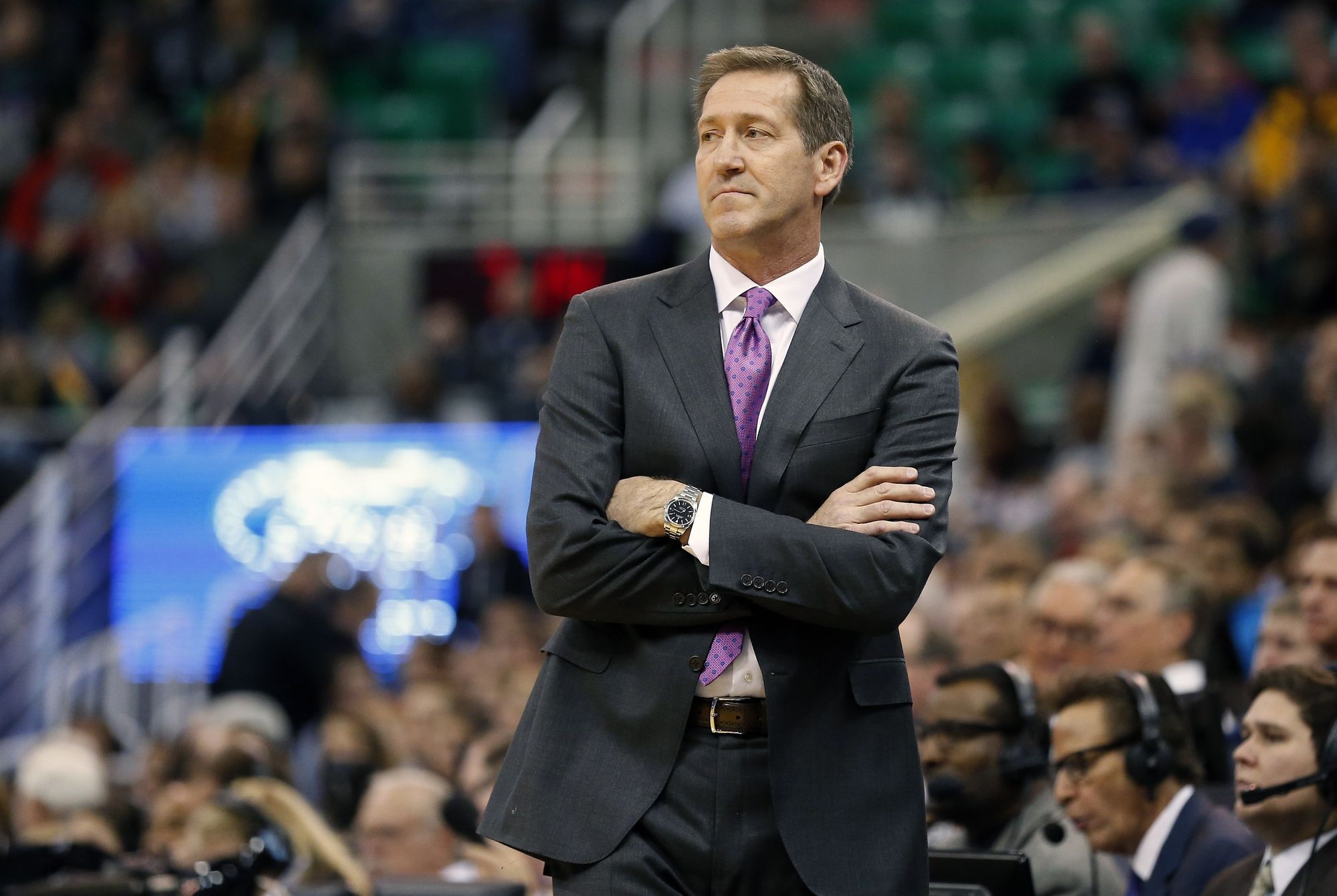 Former NBA star point guard Jason Kidd will be one of the most-talked about assistant coaches in the league next season, and he will make a lot of money doing that job. The Athletic’s Shams Charania gave out a hint that the Los Angeles Lakers aren’t holding back on paying Kidd to help turn things around and make the Lakeshow fun to watch again.

“Jason Kidd’s contract with the Lakers made him the highest paid assistant coach in the NBA, sources with knowledge of the deal said.”

The Lakers are yet to announce Kidd’s exact salary, but we are guessing that it will be higher than the four-year, $6.5 million deal that Tyronn Lue received as an assistant coach for the Cleveland Cavaliers. Lue’s contract was the highest deal that an assistant coach received in the history of the league.

While Kidd hasn’t had particular success when he coached the Brooklyn Nets and the Milwaukee Bucks, his experience as a Hall of Fame-caliber point guard in the league should be very helpful to the growth of the Lakers young perimeter players. Kidd has career-averages of 12.6 points, 8.7 assists and 6.3 rebounds per game, and was the starting point guard for the Dallas Mavericks championship team that beat LeBron James and the Miami Heat in 2011.

Tania Ganguli of the Los Angeles Times revealed one of the main reasons why the Lakers tapped Kidd to their coaching staff for the years to come.

“The Lakers are hoping Kidd, who was a 10-time All Star point guard as a player, can help their third-year point guard Lonzo Ball. Kidd and Ball don’t have much of a pre-existing relationship, but last season Lakers center Tyson Chandler, a former teammate of Kidd, asked the Hall of Famer to speak with Ball and the pair had a phone conversation.”

Ball arguably has the excellent natural feel for the game similar to what Kidd has shown in his career. Both had shaky perimeter shooting at the start of their respective career, but their unique skill in dishing out the ball to their teammates at the right place and at the right time is evidently rare with the bevy of scoring point guards nowadays.

With this report from Ganguli, we could also assume that the Lakers are still highly regarding Ball as their point guard of the future. There are rumors around the league that the Phoenix Suns and the Chicago Bulls are pursuing the services of the sophomore playmaker. But without a solid package in return, it’s difficult to imagine the Lakers just letting go of Ball in the summer.

Lakers add Hollins to coaching staff. Is Hornacek next in line?

The Lakers are further romping up their efforts in building a winning team culture as they have added Lionel Hollins as an assistant coach under new head coach Frank Vogel, per Adrian Wojnarowski of the ESPN. Hollins has a coaching record of 262-272 in his stints with the Memphis Grizzlies and the Brooklyn Nets.

Hollins led the Grizzlies to three consecutive playoff appearances, and a surprising conference finals appearance during the 2012-13 season. Hollins is very good in employing masterful defensive schemes, an identity that his Grizzlies team was well-known for. With the Hollins hiring, we could sense that the Lakers top brass are bent on instilling the team with defensive discipline, something that they sorely lacked this year. The Lakers have plenty of defensive players in the team, starting with LeBron James, Josh Hart and Lonzo Ball. Brandon Ingram and Kyle Kuzma both have the mobility and length to be formidable on that end of the floor so it’s all about tapping into that potential.

Another popular name has popped into the Lakers coaching staff radar. Jeff Hornacek, former Suns player and head coach, is rumoured to be tapped by the Lakers front office to join Vogel’s coaching staff, per Stefan Bondy of the New York Daily News.

“One name to keep in mind as another potential Lakers assistant: former Knicks coach Jeff Hornacek, who was liked by Kurt Rambis and Phil Jackson in New York.”

Hornacek also served as head coach of the New York Knicks for two years. The All-Star gunner compiled a 161-216 record in his two stints with the Suns and the Knicks. If Hornacek is indeed hired by the Lakers, it won’t come as a surprise, per Sam Quinn of 247 Sports.

“His history with the Knicks is a big reason for that. He was hired by Phil Jackson, who is reportedly advising Jeanie Buss on team-matters, and Kurt Rambis, who is  gaining power in the organization, was part of Hornacek's staff.”

Hornacek has always been a great offensive player with the Utah Jazz, evident from his career numbers of 14.5 points, 4.9 assists, and 3.4 rebounds per game, including a stellar 40% clip from beyond the arc. Vogel and Hollins are more skilled on teaching defense, so hiring an offensive-minded coach in Hornacek would be a no-brainer for Rob Pelinka and the Lakers front office.

With Monty Williams set to become the head coach of the Phoenix Suns, the Philadelphia 76ers are looking to fill the void with former San Antonio Spurs point guard and Dallas Mavericks head coach Avery Johnson, per ESPN’s Adrian Wojnarowski. Johnson last coached an NBA team in 2013 when he handled the Brooklyn Nets and has been coaching in the college ranks since then.

“Avery Johnson is interviewing for a job on Brett Brown's staff with the 76ers, league  sources tell ESPN. Johnson has previously been a head coach with Alabama, the Nets and Mavericks.”

Johnson has a winning coaching record of 254 wins against 186 losses and steered the Mavericks to a Finals appearance in 2006, only to lose to the Heat after winning the first two games of the series. Rich Hoffman of The Athletic points out that Johnson’s Spurs roots could be a great factor in the potential hiring, with Sixers head coach Brett Brown also having served as an assistant coach under Gregg Popovich from 2004 to 2013.

“Similar to Williams, Johnson has ties to Gregg Popovich and San Antonio, where he played from 1994 to 2001. He was the Spurs’ starting point guard on the team that won the title in the lockout-shortened 1998-99 season. There was a brief overlap with Avery and Brown, as the latter was part of the coaching staff in San Antonio that season before he moved back to Australia for a few years. By the time Brown returned to San Antonio in a full-time role, Johnson had left.”

The Sixers lost two assistant coaches this season with both Williams and Billy Lange moving on to head coaching stints. Johnson has always instilled a high-tempo offense with the teams he has coached, a system that could bode well with Ben Simmons’ skill set.

With assistant coach Juwan Howard bolting out the door to take a head coaching gig with the Michigan Wolverines, the Miami Heat are now looking to hire Malik Allen as a member of Erik Spoelstra’s coaching staff, per Anthony Chiang of the Miami Herald. Allen started his playing career with the Heat and ended his 10-year NBA stint with the Orlando Magic in 2011.

“With Juwan Howard moving on to become the head coach at the University of  Michigan, a league source confirmed that Malik Allen is expected to soon be hired by the Heat to fill Howard’s spot as an assistant coach on Spoelstra’s staff.

Allen, who turns 41 on June 27, spent this past season as an assistant coach with the Timberwolves, and he remained on Minnesota’s staff this offseason even after a coaching change was made from Tom Thibodeau to Ryan Saunders.”

Allen has career averages of 4.9 points and 2.8 rebounds per game, and has always been regarded as a tough, hustle-type big man. His grit and grind mindset should fit well with the Heat’s no-nonsense team culture. Aside from changes in their coaching personnel, the Heat still has plenty of decisions to make with their massive salary book. There are already rumors that Miami has now put Dion Waiters, James Johnson and Hassan Whiteside on the trading block.