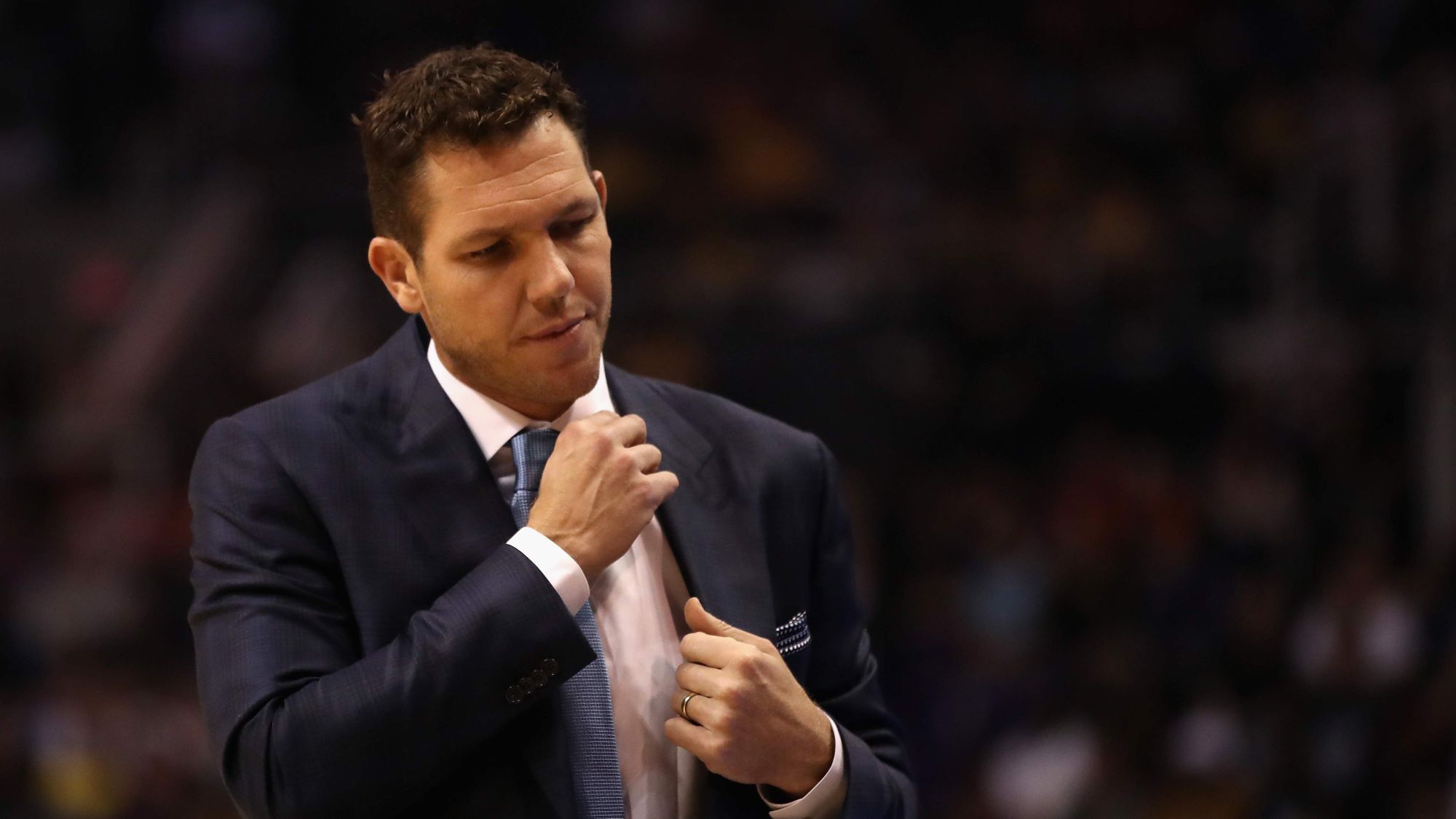 Just a couple of days after Los Angeles Lakers general manager Rob Pelinka fired him, Luke Walton has emerged as the new head coach for the young Sacramento Kings squad, per Sam Amick of The Athletic.

“The Kings and Luke Walton have agreed to terms for him to be the next coach, a source tells @TheAthleticNBA. The length of his deal will be in line with that of  Kings GM Vlade Divac, running through the 2022-23 season.”

It will be Luke’s third NBA team in the last four years after a championship stint with the Golden State Warriors as top assistant coach to Steve Kerr, then becoming a first-time head coach for the Lakers in the past three years. Walton failed to steer the Lakers to a playoff appearance during his tenure, giving him a head coaching record of 98 wins against 148 losses.

Walton, the son of former NBA player and Hall of Famer Bill Walton, will bring his leadership to the Kings, a bunch of young guns who came so close to snatching a playoff berth this season. With the likes of speedy point guard De’Aaron Fox, scoring marvels Buddy Hield and Bogdan Bogdanovic, and towering center Willie Cauley-Stein, Walton will have plenty of arsenals to work with as he aims to end Sacramento’s 13-year playoff drought, the longest active streak in the league.

Miami Heat former player and now assistant coach Juwan Howard is reportedly attracting interest from NBA teams looking for candidates to fill their head coaching vacancies. Among those teams planning to interview Howard for the top honcho job are the Lakers and the Cleveland Cavaliers, per Adrian Wojnarowski of the ESPN.

The Lakers have also received permission from the Heat to interview Howard, a  source told ESPN's Ramona Shelburne.”

Howard has been a fixture in the Heat’s coaching staff since the Big 3 era with LeBron James, Dwyane Wade and Chris Bosh in 2013. He has also won two championships with James in 2012 and 2013, so it’s not hard to understand why the Lakers are considering the former NBA All-Star for their head coaching job.

Brad Turner of The Los Angeles Times also listed down the names of former head coaches rumoured to be of consideration for the Lakers’ vacancy.

“Over the last few weeks when Walton’s job status was uncertain, former       coaches Mark Jackson and Jason Kidd were mentioned as candidates.

Jackson, an NBA analyst for ESPN and ABC, is not expected to be on the list of  people the Lakers interview, according to people.

Kidd, an NBA Hall of Fame point guard, won’t be on the list either, according to    people, who said Lakers owner Jeanie Buss was not happy to see the former Brooklyn Nets and Milwaukee Bucks coach recently on TV shows talking about the Lakers job.”

Still, we should expect more names to come up as to the Lakers search for a head coach. After all, the squad houses a transcendent but aging superstar in LeBron, forcing the league’s storied franchise to get a hold of a primetime, championship-caliber tactician.

“Yahoo Sources: The Lakers have reached out to Tyronn Lue regarding their head  coach position and are expected to meet at some point next week.”

Lue, a former Lakers player, steered LeBron James and the Cavaliers to the city’s first major sports championship in 2016. He has a winning record as a head coach for Cleveland with 128 wins on top of 83 defeats, but was sacked by the team this year when they went 0-6 to start the season. Many people around the league believe that James had a positive relationship with Lue, and it’s entirely possible that they will re-unite in Los Angeles.

For Williams, Erik Garcia Gundersen of the LeBron Wire points out that the Philly assistant coach has established linkages with the Lakers.

“Williams does have a history with LeBron James, as he was an assistant coach on Team USA during the mini-camp that LeBron attended in 2015. Williams was also the head coach for the first few years of Lakers trade target Anthony Davis’ career.”

While it’s a good thing that the Lakers front office isn’t wasting any time in rebuilding their organization, they should also be careful in not rushing this process of building a championship culture around James.

While the Cavaliers have been reported to interview assistant coaches Juwan Howard of the Miami Heat and Jamahl Mosley of the Dallas Mavericks for their head coaching vacancy, other names have also come up, per Wojnarowski.

“Cavaliers expect to interview several assistants involved in playoffs, including     Utah's Alex Jensen and Portland's David Vanterpool, sources tell ESPN. For now,    they can do a round with non-playoff coaches.”

Howard and Mosley will be first in line for the interviews as both the Heat and the Mavericks will not compete in this year’s playoffs. Jensen’s Jazz is battling the Houston Rockets in the first round of the postseason, while Vanterpool’s Blazers is going up against the Oklahoma City Thunder.

The Cavaliers will have an intriguing roster going into next season, with a mix of young blood and veterans on the squad. The biggest question for the team is how they will rebuild the lineup around star big man Kevin Love, or if they will deal the veteran All-Star in exchange for young prospects and draft picks.

By leading the Milwaukee Bucks to become a championship-ready team in just his first year with the organization, Mike Budenholzer has been recognized by the National Basketball Coaches Association as the 2019 recipient of the Michael H. Goldberg NBCA Coach of the Year Award. Here’s a statement from Dallas Mavericks head coach Rick Carlisle, who is also acting as the president of the NBCA.

“The Michael H. Goldberg NBCA Coach of the Year Award for the top NBA Coach as voted by his peers is one of the most meaningful in all of pro sports. Mike  Budenholzer in his first year as Head Coach of the Bucks, led the franchise to the top record in the entire NBA. Congratulations to Bud on this prestigious recognition.”

Through Budenholzer’s vision and leadership, the Bucks vastly improved from being a middle-of-the-pack playoff team last year to becoming an elite championship contender this season. Milwaukee has enjoyed a 60-22 win-loss card this year, the franchise’s best record since the 1980-81 season when Sidney Moncrief and Marques Johnson were still their top players.

Budenholzer thanked his colleagues, especially the ones in the Bucks organization, for the help and support in becoming the top coach in the league this NBA season, per Wojnarowski.

"It's an incredible honor to be recognized by your peers, and that makes this award truly special. Thank you to my colleagues across the NBA, and most importantly thank you to our players and staff in Milwaukee. The players' and staffs' work this year has given our team and our fans a very special season."

Budenholzer also won the same award in 2015, when he led the Atlanta Hawks to a franchise-best of 60 wins. The 49-year old strategist served as an assistant coach under San Antonio Spurs head coach Gregg Popovich from 1996 to 2013.