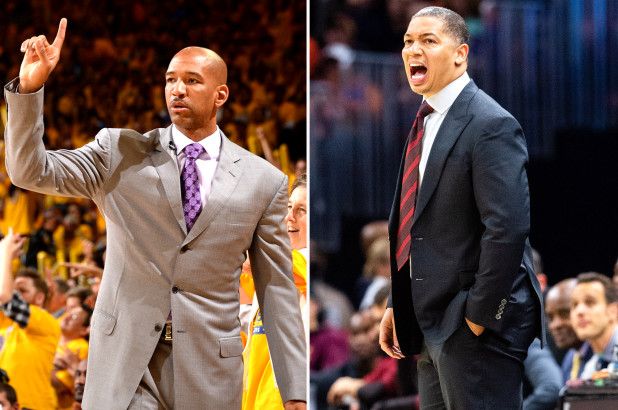 With the Phoenix Suns aiming to set up a young, dynamic core for the years to come, they have brought in Monty Williams to take the head coaching role for the squad. Suns general manager and former player James Jones officially confirmed the selection, per John Marshall of The Associated Press.

"Monty brings a wealth of NBA experience, both as a coach and former player, in addition to being a high-character individual who will infuse basketball wisdom and life lessons into our locker room. Monty is well respected for his coaching pedigree, leadership and commitment to the community, all of which make him the ideal person to lead our team moving forward."

Williams, who is still serving as assistant coach with the Philadelphia 76ers, has a head coaching record of 173-221 during a five-year stint with the New Orleans Hornets/Pelicans from 2010-2015. With the deal reportedly set for five years, the Suns’ hiring of Williams is clearly planned out for long-term aspirations, not just a speed bump along the way.

Monty also released his personal statement regarding his newest venture, emphasizing his excitement on leading a “talented group of players.”

“I’ve been blessed to coach alongside and play for some of the best coaches in the NBA, and consider it a privilege to once again be a head coach with an excellent organization like the Suns. It is a tremendous opportunity with a talented group of  players and a loyal fan base. I will be very excited to get to the Valley, connect with our team and get to work.”

This recent move from the Suns organization is definitely a much-needed redeeming act for them after consecutive confusing player and staff acquisitions and firings. With a seasoned yet relatively young coach in Williams, it’s expected that the Suns’ talented duo of Devin Booker and Deandre Ayton, plus a potential Top 3 pick in the draft this summer, will blossom under the 47-year old’s leadership.

With Williams formally taking the Suns’ coaching job, the skies have cleared up more for the Los Angeles Lakers to push for former Cleveland Cavaliers head coach Tyronn Lue. Brad Turner of The Los Angeles Times reported that Lue is in Vegas, just waiting for confirmation from the Lakers front office to discuss a deal.

“Ty Lue is in Las Vegas and is waiting to hear from the Lakers about the job, per sources. His reps and the Lakers are supposed to talk today about trying to get a deal done. Lue has always been Lakers top choice, per source.”

Turner also emphasized that Lue is a recommended candidate by some Laker figures for the top coaching job in the Lakeshow.

“Both Phil Jackson, who coached Lue, and Magic Johnson have told Lakers co-owner Jeanie Buss that they supported the hiring of Lue, according to a person familiar with their discussions.”

Of course, Lue’s potential hiring greatly lies on his 2016 championship run with Lakers superstar LeBron James, though no reports or rumors have surfaced regarding the four-time MVP’s thoughts on re-uniting with his former coach. Cavaliers star big man Kevin Love, who was also a key cog of that championship squad, said during an appearance in FS1’s “First Things First” that he’s all-in on the possibility that the Lakers will hire Lue.

“I love Ty Lue. I think it would be, definitely, if he’s not their first pick he should be right there at the top. Because he’s an unbelievable X’s and O’s guy, a players’ coach, a guy that’s very approachable that you can talk to, and I think that the personnel that they have, he would be great.

“As well as already having, feeling familiar and being familiar with LeBron and having that not only friendship but being able to coach LeBron and get in his ear because Ty really knows the game and he’s been around.”

With that said, it is expected that the Lakers will seal a deal to bring in Lue to Los Angeles and take over one of the most pressured and scrutinized head coaching jobs in the NBA. There are also reports that the Lakers front office will no longer introduce new candidates for the job, so barring any miraculous turn of events, we will see the former Laker player and Cavaliers coach to be on the sidelines during the Lakers’ games next season.

If you’re an assistant coach serving under San Antonio Spurs head tactician Gregg Popovich, chances are you will be a sought-after candidate for head coaching vacancies around the NBA. The latest Popovich apprentice to be linked to a higher role is former Spurs player and now assistant coach Ime Udoka. Tom Withers of The Associated Press reported about the Cleveland Cavaliers’ apparent interest in Udoka, and are set to interview the 41-year old coach.

The Cavs, who have been taking a methodical approach in finding their next coach,  will meet with Udoka on Sunday, said the person who spoke on condition of anonymity because the team is not revealing any of its plans.”

Aside from Udoka, the Cavaliers have also secured permission to sit down with Spurs top aide Ettore Messina as reported by Marc Stein of The New York Times. Udoka, a respectable two-way role player when he was still playing for the Spurs, Lakers, Knicks, Blazers and Kings, has been widely-praised for his mentorship on San Antonio’s former and current rising stars like Kawhi Leonard, Dejounte Murray and Derrick White. As the Cavaliers are preparing for a more rigid player development after this season, they are in search of coaches who can tap into the talent and skills of the young Cleveland players.

With a talented group of young players and a basketball-rich city hungry for more success in the future, the Chicago Bulls have given head coach Jim Boylen a multi-year contract extension, per K.C. Johnson of the Chicago Tribune. John Paxson, the Bulls’ executive vice president, praised Boylen’s dedication and vision, two factors that are very important for a young, skilled squad.

“Jim has a strong vision on where he wants to take this team, and he has done a great job establishing the culture that we want this organization to stand for as we continue to progress. He has tremendous passion for developing young talent, is a strong communicator and a good fit for this team. The organization is confident in the direction that he is taking our players, and we are committed to him.”

While the Bulls went on to win just 17 of their 58 total games since Boylen took over the team in December, there were obvious indications that the young Bulls players played and fought harder each game.

With a full offseason of preparation with his team, the Bulls are poised to make some more noise next season. The growth of Zach LaVine, Lauri Markkanen and Wendell Carter Jr. should be exciting to watch, as well as the Bulls’ potential Top 5 pick in this year’s draft.

With the firing of head coach J.B. Bickerstaff a month ago, the Memphis Grizzlies are still in search of a coach who can make the most of their talented but inexperienced players. Aside from Utah Jazz assistant coach Alex Jensen, the Grizzlies are also reportedly looking into setting up an interview with Lithuanian head coach Sarunas Jasikevicius. Adrian Wojnarowski and Brian Windhorst of ESPN have the inside scoop on this development.

“The Memphis Grizzlies are interested in one of the EuroLeague's rising coaching stars, Lithuania's Sarunas Jasikevicius, and plan to meet with him soon, league sources told ESPN.”

Jasikevicius, a former NBA player who played two years with the Indiana Pacers and the Golden State Warriors, is now the head coach of Zalgiris, a Lithuanian ball club. Woj and Windhorst also wrote about Jasikevicius’ strengths as a coach, strong assets that have catapulted his name to the NBA.

“Known for a strong-willed leadership style and teams that exhibit elite ball   movement and offensive execution, Jasikevicius has so far shown an ability to get  his Lithuanian and EuroLeague teams to overachieve. Toronto president Masai Ujiri interviewed Jasikevicius for the Raptors' head-coaching opening last year, and his name keeps coming up with NBA general managers as a possible NBA coaching candidate.”

It will be an interesting offseason for the Grizzlies as they parade a mix of young and veteran players. Mike Conley, the team’s long-tenured star point guard, is expected to re-visit his trade demand last February. The team is obviously heading into a rebuilding process, with rookie power forward Jaren Jackson Jr. as arguably their main man.