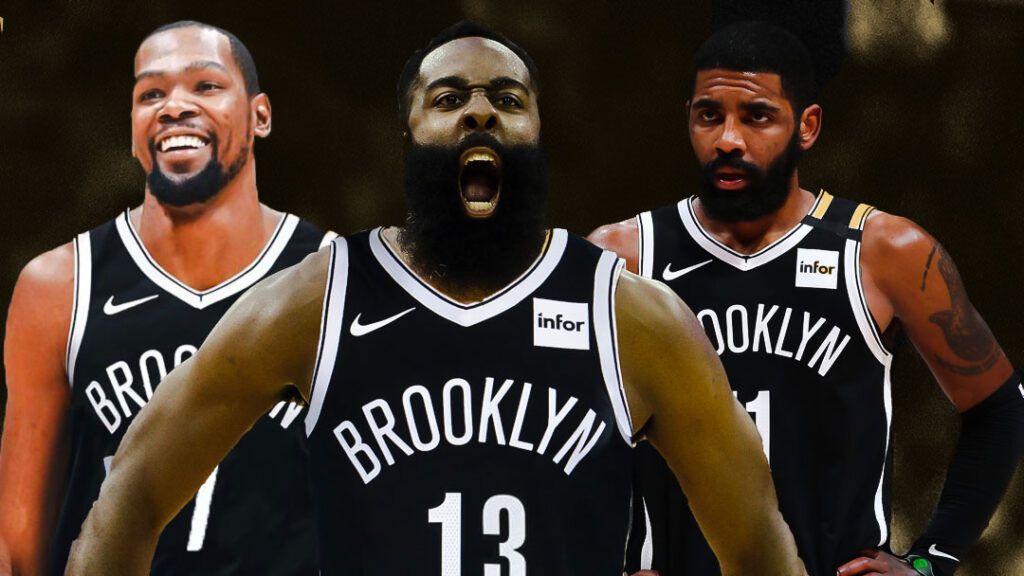 James Harden says that he’s ready for the playoffs

James Harden has not played since the first week of April, but he is already assuring to everyone that he will be ready and healthy come playoff time. The former NBA Most Valuable Player has been dealing with a hamstring injury, and he has already missed the Brooklyn Nets’ last 15 games, including 17 of the last 18 contests.

Having said that, there is only five games left in the Nets’ regular season schedule. They are still in the hunt of the top seed in the Eastern Conference, and are just 2.5 games behind Joel Embiid and the top-ranked Philadelphia 76ers. Harden may not be able to appear again in the regular season, but he and the Nets organization are very optimistic that he will be able to come in fully-recovered in the more important games in the playoffs.

In an interview with the media last Thursday, Harden revealed that he also plans to log in a game or two before the playoff begins. That means that the veteran superstar is bent on playing in the regular season to fine-tune his body and get accustomed again to the speed and pace of an NBA game.

As per Malika Andrews of ESPN, Harden says that he and his team want him to log in a couple of games to tune up his body. However, he also reiterated that he will take a very cautious approach to his return to the court. Harden emphasized the importance of having a “clear mind and a clear body” during the more important games in the playoffs. Harden has been to the playoffs for consecutive years now, and it is safe to say that he knows how difficult and different the grind is in the NBA postseason.

"The plan is to hopefully get an opportunity to play a couple games before the postseason. We're just taking one day at a time. So far, so good. Today was really good, and we've just got to keep building on that. We wanted to be patient. As much as I love to hoop, I want to be out there, but you've got to be smart. And for me, it was just, 'Let's knock  this thing out, let's get this thing healthy so we can make a push.

At this point in my career, going to postseasons basically since I've been in Houston, I've been playing heavy minutes, just carrying the load. And this was an opportunity for me to keep my body right going into the postseason with a clear mind and a clear body. You've got 16 games to win. That's the ultimate goal. That's the reason why I came to Brooklyn. One of the things that a lot of teams don't have is talent. We don't have   to worry about that aspect. Skillwise, we're elite. Our mindset is, if we can come to this postseason healthy, we are right there. We have a chance."

Harden, who was a fixture and main star for the Houston Rockets in the past several years, was traded to the Nets in that multi-team blockbuster mid-season deal that also forced Brooklyn to give up their young budding stars in Caris LeVert and Jarrett Allen. But with Kyrie Irving and Kevin Durant both healthy and available this year, it is without a doubt that this is a championship-or-bust season for the Nets.

So acquiring a third superstar to pair with Durant and Irving was indeed the right avenue to take for this championship-hunting powerhouse Nets squad. So far, Harden has been everything that the Nets wanted out of him. He is not shooting the ball as much as he did with the Rockets, but he does not have to now that he is part of this star-studded Nets team.

Harden, who will be turning 32 years of age this August, is currently putting up an excellent all-around stat line of 25.4 points, 8.7 rebounds, 11.0 assists, 1.3 steals and 0.7 blocks per contest for the Nets. In the 37 games that he has logged in for his new team, Harden is shooting a decent 46% overall clip from the field, including a 36% clip from the three-point line.

The turnover count is still a bit high, but that is expected from a player who mans the ball in almost every possession for his team. Harden made it to another All-Star team this year, marking the ninth time that he has notched an All-Star appearance in his very illustrious career. But his level of play this season is not just on an All-Star level – Harden is also turning in an MVP-caliber performance this year.

As per Jonathan Tjarks of The Ringer, Harden has been largely healthy throughout pretty much of his career. Before he sustained that hamstring injury, Tjarks pointed out that being ready and available was Harden’s most underrated skill. Harden is logging in 37.3 minutes per game for the Nets this season, and that significant amount of playing time is indeed a luxury for his team. It means that they get to field in Harden for the most part, and having his tremendous skill set on the floor surely boosts the morale of the whole Nets squad.

But Harden’s most underrated skill is that he can do all that without wearing down. Harden never gets injured and rarely gets tired despite not exactly looking like Mr. Universe. In his eight full seasons in Houston, he played in 613 of a possible 646 games (94.9 percent), while averaging 37.1 minutes per game with a usage rate of 33.4. He’s a modern-day Iron Man in a league that features so much “load    management.”

That might be where Harden is most valuable to his teammates. Chris            Paul and Russell Westbrook could take off as much time as they needed  in Houston because their costar could handle any workload without breaking a sweat (literally). Durant doesn’t need to rush back from his hamstring strain. Kyrie can take another sabbatical. Harden can pick up the slack.

Harden, who was picked third overall during the 2009 NBA Draft, spent the first three years of his NBA career with the Oklahoma City Thunder. He tallied only 9.9 points and 3.2 rebounds in his first year with the Thunder, but it was already clear back then that he is a gifted scorer who can put up the buckets when given a significant amount of playing time on the floor.

As his minutes continued to increase, Harden would also improve his numbers with the Thunder. In his third year in the league, the lefty gunner put up outstanding averages of 16.8 points, 4.1 rebounds and 3.7 assists per game, which was enough for him to win the NBA Sixth Man of the Year award that season.

However, Harden would split up with the Thunder after losing to the Miami Heat in the NBA Finals that same season. Harden signed with the Rockets in the summer of 2012, and it was with that team that he blossomed into a fully-fledged superstar. Harden came up with a stellar stat line of 25.9 points, 4.9 rebounds, 5.8 assists and 1.8 steals per game in his first year with the Rockets. He then led the league in scoring for three consecutive years (from 2018-2020), and was named as the league’s Most Valuable Player during the 2017-18 season.

In his first year with the Nets, it is without a doubt that Harden is putting up another MVP-level performance. In an article written by Eric Wongof The Athletic, it is stated that before the hamstring injury he suffered in April, Harden was primed to be an underdog pick for the coveted MVP plum this year. Wong pointed out how efficient Harden has been this year, evident in his stellar 55.6% effective field goal percentage, which Wong also emphasized as the superstar’s highest clip since he was still coming off the bench for the Thunder team.

But if you’re looking for an underdog pick with a much better payout, I like the idea of betting on Harden right now, at 10-to-1 odds. There are several factors in the superstar guard’s favor presently. First, the Nets currently sport a 29-14 record, which trails only the Jazz, 76ers and Suns, and is ahead of the Bucks (Giannis), Lakers (LeBron), Clippers (Kawhi), and Nuggets (Jokic). Secondly, Kyrie Irving is away from the team again for personal reasons, and Kevin Durant is still nursing a hamstring injury, which the Nets will treat very carefully moving forward. This places more of a burden on Harden’s shoulders, and he seems primed for a strong finish.

It should also be noted that Harden is quietly having his most efficient shooting season since becoming a full-time starter, as his 47.0% field  goal shooting, and 55.6% effective field goal percentage, are both his highest marks since 2011-12, when he was coming off the bench for Oklahoma City. I also like that Harden has kind of shied away from the spotlight this season, instead preferring to let his play do most of the talking. I think some of the media members who gave him the nod for second or third place in each of the past two seasons, when Giannis won MVP, may also appreciate this, and vote in his favor this time around.

As for the whole Nets squad, it is also true that they still have a lot of work cut out in front of them. They are currently sporting an excellent record of 43 wins against 24 defeats, which is good for the 2nd spot in the Eastern Conference standings. But they do not afford to rest their star players now because reigning back-to-back Most Valuable Player Giannis Antetokounmpo and the Milwaukee Bucks are closing in behind with a record of 42 wins against 34 defeats.

After their recent loss to Luka Doncic and the Dallas Mavericks, which was their fourth straight loss, things will not get easy from this point forward. The Nets will close out their current five-game road trip with tough contests against Nikola Jokic and the Denver Nuggets, followed with a match-up against Nikola Vucevic and the Chicago Bulls.

The Nets will then finish their season on a three-game home stand in which they will host DeMar Derozan and the San Antonio Spurs, another game against Vucevic and the Bulls and a regular season ender contest against Collin Sexton and the young Cleveland Cavaliers.