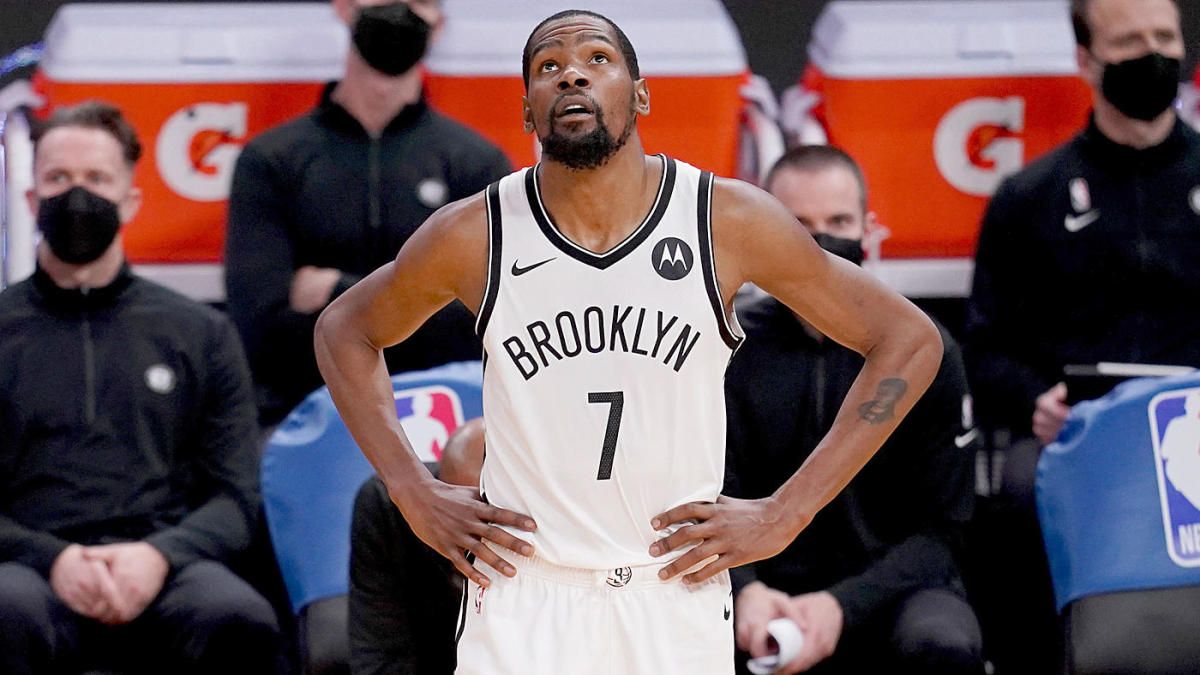 It is surely not a lucky start to the year for Brooklyn Nets superstar forward Kevin Durant. The 32-year-old former Most Valuable Player sat out three games in the past couple of weeks to comply with the league’s safety and health protocol. He was finally allowed to play during the Nets’ resounding win over the Golden State Warriors as he put up an all-around outing of 20 points, 5 rebounds, 6 assists and 2 blocks.

Durant logged in a significant amount of playing time amounting to 33 minutes, but it has also become apparent that he sustained an injury that could keep him out for the next couple of games. Durant has suffered a “mild left hamstring strain” injury that will force him to sit out two games for the Nets. It remains to be seen if KD will miss more time after that two games, but it is also obvious that the Nets has been very cautious of his health this season.

The good news is that Nets head coach Steve Nash believes that it is not an injury that could be a long-term setback for his superstar forward. As per Greg Logan of Newsday, Nash said that he hopes that this injury is something that Durant can quickly recover from.

"I don't think it's a long-term thing," Nash said. "But I don't want to give     it the kiss of death and proclaim that right now. So we'll just keep monitoring it.

Let me just say that it doesn’t appear to be a long-term injury," Nash  said. "Hopefully, this is something that we can get through quickly, but  you never know. Sometimes imaging is spot-on, and sometimes imaging represents something larger than what actually is taking place. I don’t want to venture too far out in terms of predicting how long he’ll be out, but I think everyone believes that this is more of a short-term thing."

Durant, who is on his second year with the Nets, is currently norming an impressive stat line of 29.0 points, 7.3 rebounds, 5.3 assists and 1.4 blocks per contest this season. He missed the entirety of his first season with the Nets as he recovered from a major Achilles injury that he sustained during his final year with the Golden State Warriors.

But it was just fitting that Durant got to play in his first homecoming to the Bay Area. He signed with the Warriors in 2016, a shocking move that many people criticized. Durant was just coming off a Western Conference Finals run with the Oklahoma City Thunder that same year. The Thunder had a 3-1 lead in that series against the Warriors, but the Thunder went through a massive collapse as they let Steph Curry and that version of the Warriors come back from a deep hole and win the series in Game 7 in a very stunning fashion.

After the team’s win against the Warriors, Durant was seen catching up with his former teammates from Golden State. Nash also chimed in his thoughts on the fact that the return of Durant saw them field their Big 3 again, as per Tom Dowd of Brooklynnets.com.

“That’s what they do. They’re incredibly talented, and they love the game.     They came to play and that’s the luxury we have of having those offensive players. It’s still a work in progress, and our defense has got to improve, but I thought tonight we took a step defensively, but as far as the offense, that’s what those guys can do, draw a lot of attention,  play off one another and create for their teammates or themselves.”

Losing Durant is definitely a big blow for the Nets, but this team is already very used to adjusting on the fly with these consecutive injuries. The important thing for them right now is to make sure that their superstar trio of Durant, James Harden and Kyrie Irving are all healthy and ready for the more important games in the playoffs.

The Nets will be facing the Sacramento Kings and the Phoenix Suns in their next couple of assignments. If Durant will be cleared to play after these two contests, then he will be with the team when they go up against Western Conference perennial championship contenders like the Los Angeles Lakers and the Los Angeles Clippers.

Russell’s injury another setback for the Timberwolves

They just got back Karl-Anthony Towns in their previous game, but the Minnesota Timberwolves has suffered yet another injury setback. It is now being reported that Wolves star point guard D’Angelo Russell will be undergoing a knee surgery that will force him to sit out the next four to six weeks, a significant amount of time considering that the team is still holding the worst record in the league this season.

ESPN reported about this unfortunate development on the Wolves’ camp, saying that it is Russell’s left knee that will be going through a procedure as announced by the team just last Tuesday.

“Minnesota Timberwolves guard D'Angelo Russell will undergo arthroscopic surgery Wednesday to remove a loose body in his left knee and is expected to miss four to six weeks, the team announced Tuesday.

Russell had missed Minnesota's previous three games with what the team         said was a sore left leg. Ricky Rubio has started in his place.”

Russell, who was shipped to Minnesota via a mid-season trade deal last season, is currently putting up excellent numbers of 19.3 points, 2.6 rebounds, 5.1 assists and 1.1 steals per game, including an outstanding 39%  clip from the three-point line. However, his free throw percentage has drastically dipped to only 75%  this season, and he is turning the ball over 2.7 times this year.

With him and Towns finally going through their first offseason of preparations together, expectations were understandably very high for the Timberwolves entering this year. They also nabbed Anthony Edwards as the top overall pick in last year’s NBA Draft, and secured the services of quality players like 3-and-D swingman Malik Beasley and veteran point guard Ricky Rubio.

But the Wolves has just compiled a lowly record of seven wins against twenty defeats, the worst win-loss slate in the league right now. Of course, Towns has only played in seven games this season, and he is averaging a double-double effort of 21.6 points, 11.3 rebounds, 3.6 assists and 2.1 blocks per contest, including a stellar 44%  clip from beyond the arc.

As per Britt Robson of The Athletic, the fact that Russell and Towns have yet to establish their on-court chemistry is already proving to be detrimental to the Wolves’ campaign this season.

“With their two pillars unable to stand on the court together for any    length of time, the Wolves have crumbled. After finishing with the   third-worst record in basketball a year ago, they currently own the worst record in the 2020-21 season. For a variety of reasons, this is an embarrassing outcome. Because of all the machinations surrounding the February roster cleanse and rebuild, the payroll violated the salary cap and careened into luxury tax territory, limiting the team’s short-term flexibility. And because they sought the parlay of acquiring DLo and ridding themselves of Andrew Wiggins, the terms of the Golden State   trade will likely cost them their first and second-round picks in the 2021 draft—especially coveted due to their miserable spot in the basement of the standings. (The Wolves’ first-round pick is top-3 protected. But even the worst NBA team has no more than a 41 percent chance of remaining in the top three in the draft lottery.)

In this shortened regular season, the Wolves don’t have the luxury of being patient if they want to chase a ticket to the playoffs. They will be facing the Los Angeles Lakers to begin their three-game home stand, followed by tough assignments against the Indiana Pacers and the Toronto Raptors.