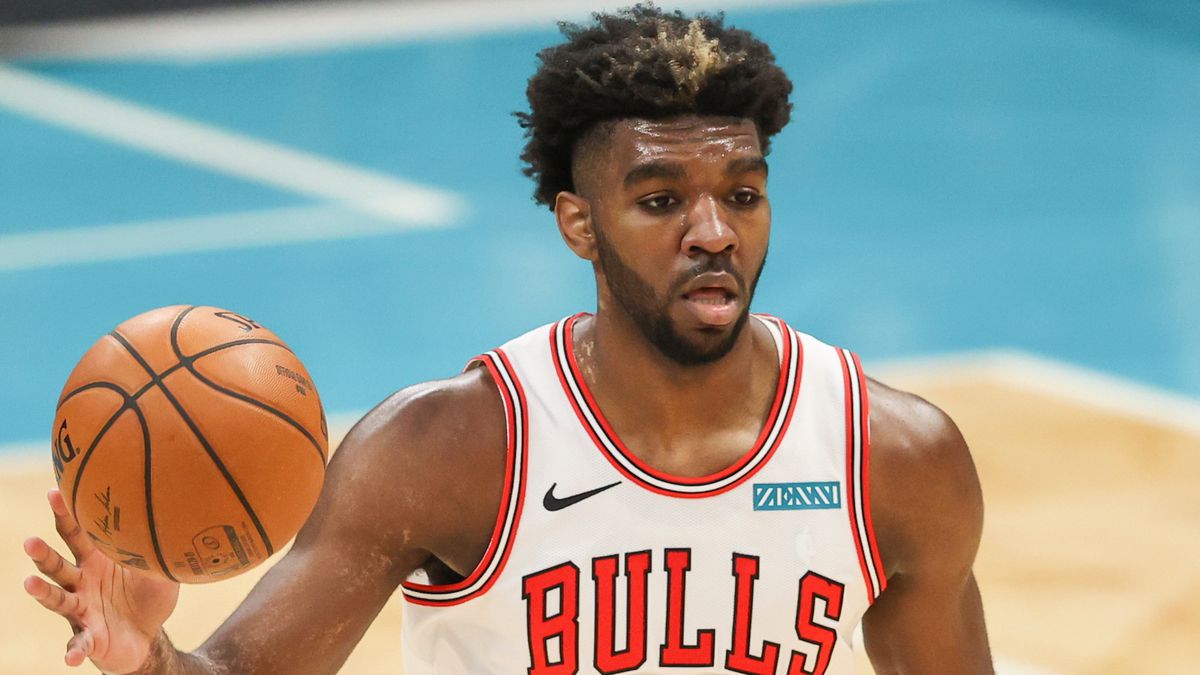 The Chicago Bulls are having a dream start to their current NBA 2021-22 Season campaign, but it has become apparent that they have been dealt with an injury issue that could strip them of a starter for the rest of the season. As per a report from ESPN’s Senior NBA Insider Adrian Wojnarowski, Bulls young small forward Patrick Williams is set to undergo a surgery to repair the torn ligaments that he sustained in his left wrist. Wojnarowski pointed out that Williams will need a span of four to six months to fully recover from the surgery, which then essentially puts his current campaign in the new NBA season in peril.

In five games this season, Williams has been the starting power forward for the Bulls and has logged 25.0 minutes per contest. He may be just averaging a stat line of 6.6 points, 2.2 rebounds, 0.6 assists, 0.6 steals, and 0.4 blocks per game, but his versatility on both ends of the floor is showing glimpses of how he could be one of the most versatile players in the league in the near future.

Williams, who just turned 20 years of age last August, sustained that wrist injury when he landed awkwardly after a dunk attempt. He tried to play through the injury, but it was obvious that the pain has become unbearable, forcing him to go back to the team’s locker room. As per Darnell Mayberry of The Athletic, he pointed out that this will certainly not bode well with Williams’ individual progress, especially if you take into consideration that he is just on his second year in the professional ranks. The young combo forward is still getting his feet wet, and suffering a season-ending injury at this early stage of his second year will definitely hurt the trajectory of his individual growth. Mayberry also took the time to say that Williams’ absence will be sorely missed, especially on the defensive end of the floor.

Missing the final 77 games of your second season is a nightmare scenario. Any young player would have difficulty overcoming that. Williams certainly will be harmed by this  setback. Williams needed this season’s minutes for psychological reasons over physical. There’s nothing he can’t do on a basketball court. What he seemingly lacked was belief  and confidence in his capabilities. Losing virtually an entire season robs Williams of countless opportunities to build up belief. At the defensive end, absolutely. Williams was the Bulls’ only real option against the league’s bigger, stronger and more versatile scoring threats. Without him, the Bulls must turn to guards such as Green, Lonzo Ball and Alex Caruso to slow down stars such as Kevin Durant, Giannis Antetokounmpo and Jayson Tatum.

It’s a huge blow to what had been a swarming and stingy defense early on. Offensively, the Bulls will live. Losing a versatile threat like Williams isn’t ideal. But Williams looked out of place and passive around the new and improved lineup. It’s a chance for Williams’ replacement to inject some life via more activity into what at times has been a stagnant offense. Javonte Green is the most likely candidate. He started the Bulls’ first three preseason games while Williams recovered from a sprained ankle. Green is a glue guy. He hustles. He defends. He hits an occasional 3. And he tries to dunk on someone every chance he gets. But his strengths only go so far.  He’s undersized, albeit an athletic marvel, and his all-out style can only be trusted in spurts.

Williams, who played college ball for the Florida State Seminoles, was selected fourth overall by the Bulls during the 2020 NBA Draft. Many people did not expect that he would be picked that high in the draft, although he was surely a projected lottery pick. With a lengthy 6-foot-7 frame, combined with a high level of mobility and athleticism for his size, Williams could play both wing positions on offense and defense, and also suit up for the power forward role that he showed in his rookie year with the Bulls.

Williams played 71 games during his first year in the league, and started in all of them. He put up a decent stat line of 9.2 points, 4.6 rebounds, 1.4 assists, 0.9 steals, and 0.6 blocks per contest, while producing a set of shooting percentages that included a 48% overall clip from the field, a 39% clip of his 1.9 three-point attempts per game, and a 72% clip from the free throw line. His decent showing during his rookie earned him a place in the 2020-21 All-Rookie Team.

Williams may not have that explosive stat line that other young players at his age is producing, but it is without a doubt that the versatility in his skill set is very intriguing. Scouts look at him as a modern power forward in today’s positionless, pace and space type of basketball, and a player who can be of utmost value on both ends of the floor. Williams is yet to show that he can be a consistent shooter from beyond the arc, but there is no doubt that his jump shot has a good form that can be worked into a lethal one after a couple of years of honing in on it.

On top of his potential and skill set, it is also his willingness to guard the opposing teams’ best players that speaks about his bright future with the Bulls. He has already been tasked with heavy assignments to guard the likes of Zion Williamson of the New Orleans Pelicans, Kawhi Leonard of the Los Angeles Clippers, LeBron James of the Los Angeles Lakers, Donovan Mitchell of the Utah Jazz, and Devin Booker of the Phoenix Suns. As per an article written by Jonathan Tjarks of The Ringer before the 2020 NBA Draft, he pointed out that Williams could indeed be a sleeper in the draft, especially if you take into consideration the versatile skill set and potential that he brings to the defensive end of the floor.

Youth always helps a prospect’s draft stock when considering       upside. History tells us that younger players are more likely to      outperform their draft position. It’s not just that they have more room to grow than older players who have already maxed out their development. Playing up their entire life means they never receive the benefit of being one of the older players on the court until later in their NBA careers. The concern with  drafting younger players is they may be too unpolished to stick in the first place. But that’s not an issue with Williams. He’s the rare project who isn’t a boom-or-bust pick. The foundation for  a long career is in place even if he never gets much better.

The most interesting comparison for Williams that I’ve heard from NBA talent evaluators is Marvin Williams (no relation).  Marvin, like Patrick, was a 6-foot-8 sixth man for a team that  won the ACC title. He was drafted no. 2 overall in 2005 after helping North Carolina win an NCAA championship. While he’s  best remembered for being taken ahead of Chris Paul, his combination of size, skill, and athleticism allowed him to carve out a 15-year NBA career before retiring in September. There’s no guarantee that Patrick will come any closer than Marvin to fulfilling his massive upside. He doesn’t have one standout skill at the moment. He’s a good athlete, but not a five-position defender who can stay in front of elite point guards. He’s a good shooter, but not a great one. And while he has some dribbling and passing chops, he can’t run an NBA offense at  this stage of his career. The team that drafts him has to hope that there’s a compounding effect that comes from his potential to get better in so many areas.

The Bulls already passed their first test without the services of Williams, as they defeated an unblemished Utah Jazz squad via a 107-99 win. DeMar DeRozan led the charge for the Bulls as he put up a tremendous stat line of 32 points, 6 rebounds, and 3 assists, while Zach LaVine chipped in 26 points, 5 rebounds, and 5 assists. Star big man Nikola Vucevic came in with a double-double performance of 16 points and 12 rebounds, while starting point guard Lonzo Ball stuffed the stat sheet with his 11 points, 5 boards, 2 assists and 4 steals.

The Bulls will then go on a two-game road trip to go up against Eastern Conference perennial contenders like Jaylen Brown, Jayson Tatum, Al Horford and the Boston Celtics, followed by a tough match-up against Joel Embiid, Tobias Harris, Tyrese Maxey and the Philadelphia 76ers.