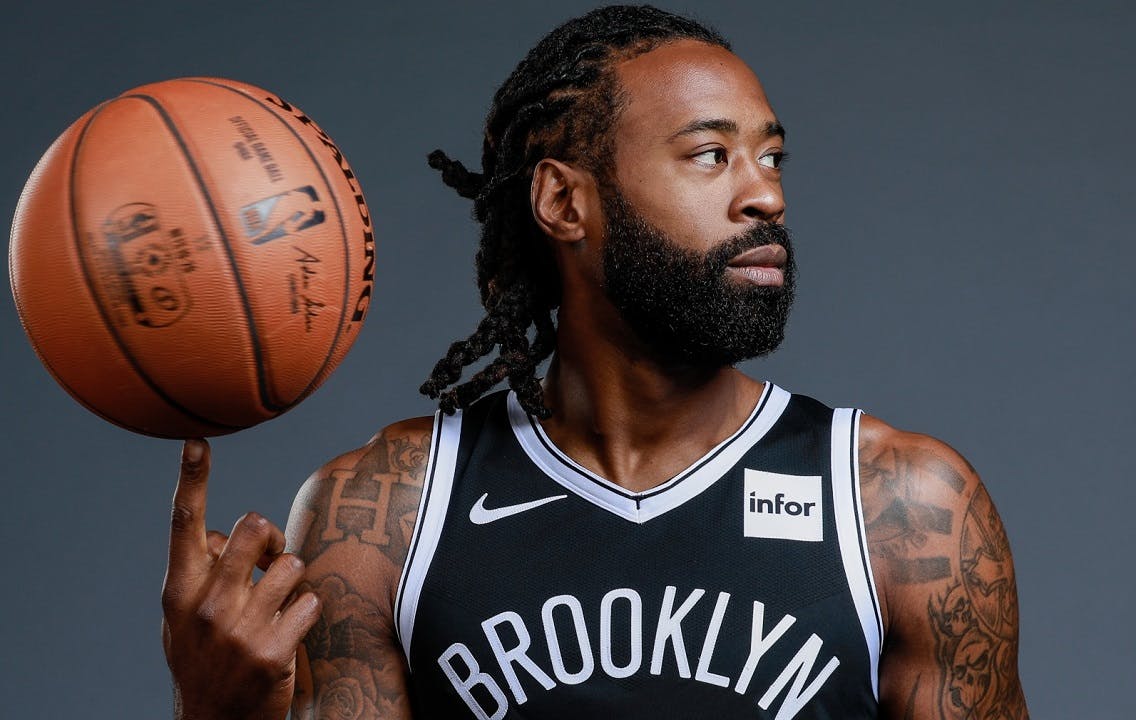 Brooklyn Nets veteran big man DeAndre Jordan has tested positive for the coronavirus. In a personal statement he made through his own Twitter account, Jordan announced this development and said that he will not be joining the team in the season resumption at Orlando.

"Found out last night and confirmed again today that I've tested positive for Covid while being back in market. As a result of this, I will not be in Orlando for the resumption of the season."

This is an unfortunate development for a Nets team already depleted of its key cogs. Injured stars Kevin Durant and Kyrie Irving have decided to continue their respective recovery process and sit out the restart. It is also being reported that veteran swingman Wilson Chandler will be opting out of the restart to remain with his family.

In an effort to load more weapons to their arsenal, reports have it that the Nets are signing free agents Tyler Johnson and Justin Anderson to bolster their line-up. However, it is obvious that this depleted Brooklyn squad should not make much noise as they hold on to the 7th spot in the Eastern Conference. Even if Spencer Dinwiddie (who also contracted the virus) decides to participate in Orlando, the team just doesn’t have the depth and talent to really compete with the beasts of the East.

Jordan, a former All-Star when he was still playing for the Los Angeles Clippers, has assumed the starting center role when Kenny Atkinson was fired and Jacque Vaughn was promoted to an interim head coaching position. In 56 games this season, the 31-year old defensive big man has compiled decent averages of 8.3 points, 10.0 rebounds, 1.9 assists and 0.9 blocks, while logging in 22.0 minutes per game.

In a column written by Kristian Winfield for the New York Daily News, he detailed out how effective Jordan has been for the Nets this season.

“The need to start Jordan was one of necessity in Brooklyn, and we saw it beginning to play out in his first few games as full-time starter. In his first game starting under Vaughn, Jordan finished with 11 points, 15 rebounds, four assists and three blocks, albeit against the Chicago Bulls. Against stiffer competition the following game against the Lakers, Jordan finished with eight points, 12 rebounds and an assist. The Nets won on Spencer Dinwiddie’s game-winner.

Jordan has the experience. It’s the reason why even though Allen has been relegated to a bench role, he still has the opportunity to learn from the best. Jordan has been everywhere Allen will be. He is the prototype for rim-rolling big men who want a long NBA career without fully changing their game.”

Along with his rim protection ability, Winfield also mentioned how underrated Jordan is on the offensive end. Yes, he still doesn’t at least a consistent mid-range shot in his skill set. But the lefty athletic center is a good playmaker for his position, and there are tons of moments this season when he made the right, accurate passes off the low post or when he is in the elbow.

When Atkinson was fired and Jordan was promoted to a starting role, it was widely reported that both Irving and Durant were lobbying for that to happen. Many people wondered why the Nets would not give more minutes to a young, developing big man like Jarrett Allen. Allen could be their future’s cornerstone, and it’s not like they are seriously competing for a championship this year.

Having mentioned Chandler’s decision to sit out the season resumption, the veteran cager explained that he doesn’t want to take the risk of possibly bringing the virus along with him when he comes back home to his 87-year old grandmother and his children. In an appearance on The Court Vision podcast hosted by former NBA point guard Jameer Nelson and writer Ben Stinar, Chandler also reiterated that it’s difficult to focus on basketball with all the social injustice issues happening around the country. (h/t Alex Kennedy of HoopsHype)

“For me, personally, I think like the unknown of this whole COVID thing and just having a grandmother who’s 87 – she just turned 87 – and battling all types of illnesses and having young kids, I think it’s more important for me to be at home with my family and taking care of my family,” Chandler said. “So, that’s my biggest [reason] to stay home.

And then if you throw in the whole social justice [aspect] and everything that’s going on over police brutality with the government and all that, I mean, it just makes it a bit more difficult. There’s no right or wrong way,” Chandler said. “Everybody has their own opinion on what’s going on and what they would do, so there’s no right or wrong answer. So, I respect everybody who’s going [to Orlando] and everybody who’s not going.”

Going back to Jordan, we are still anticipating how well he would work with two primetime shot creators like Durant and Irving. Both Nets stars should be fully healthy in time for the 2020-21 season, so that is something that Brooklyn fans will definitely wait upon.

Along with DeAndre Jordan, Nets scoring combo guard Spencer Dinwiddie also tested positive for COVID-19. In an exclusive interview with Shams Charania of The Athletic, Dinwiddie said that he is now having hesitations in joining his teammates in the Orlando bubble.

While it’s true that the 27-year old guard is doing fine, he revealed that he has been experiencing symptoms such as fever and chest tightness.

“Over the past few months, I have been diligent about protecting myself and others from COVID-19 by following all designated protocol and quarantining. I was ready and prepared to rejoin my teammates as we were to be an early entry team in the resumed season. I flew private to return to New York, passed multiple COVID-19 tests over my first several days in New York and was able to participate in a couple practices within the first week.

Originally, we were supposed to be one of the teams to enter into the Orlando bubble early, but training camp got switched back to New York and unfortunately I am now positive. Given that I have experienced symptoms, including fever and chest tightness, it is unclear on whether or not I’ll be able to participate in Orlando. Hindsight is  20/20.”

This is again a huge blow for the 7th-seeded Nets as they are sure to be without Kevin Durant, Kyrie Irving, Wilson Chandler and Jordan for the season restart. With KD sitting out the entire year and the Nets not having Kyrie’s services for the most part, Dinwiddie has been a true star holding down the fort for them.

The 6-foot-5 spitfire gunner is norming All-Star worthy numbers of 20.6 points, 3.5 boards and 6.8 assists this season. Dinwiddie has been one of the most overlooked scorers we have in the league for a while now.

If Dinwiddie indeed sits out the season restart, have we seen his last game as a member of this Nets squad? There are rumors that the Nets front office are bent on bringing in another star to combine with Kyrie and KD. In column written on SB Nation’s NetsDaily, Dinwiddie reiterated that he is willing to work with those two stars in order to bring a championship trophy to the city of Brooklyn.

“First, I’m a basketball player and I try to have the most well-rounded game possible. But people forget when I was recruited out of high school, I was recruited as a passer.

With Kyrie and KD, if you’re telling me I get to come out here and pass to two phenomenal scorers and get 10 assists a game and maybe be in second gear a lot of times with my scoring, I’m fine. If I average 14 and 10 and we win a title, but KD averages 35 and Ky averages 25 or whatever it would be, like, I’m good with that. I’m more than fine with that. That’s more in line with how I played the game growing up than it is a lot of the other spurts and seasons that I’ve put together since I’ve been older.”

If Dinwiddie decides not to participate, the Nets’ offense will fall entirely on the hands of their young shooting guard Caris LeVert. LeVert just signed a three-year, $52 million contract that will kick in next season. This will be a great opportunity for him to show out, especially with rumors saying that he could be a centrepiece of a trade deal that the Nets will manufacture to land a third superstar.