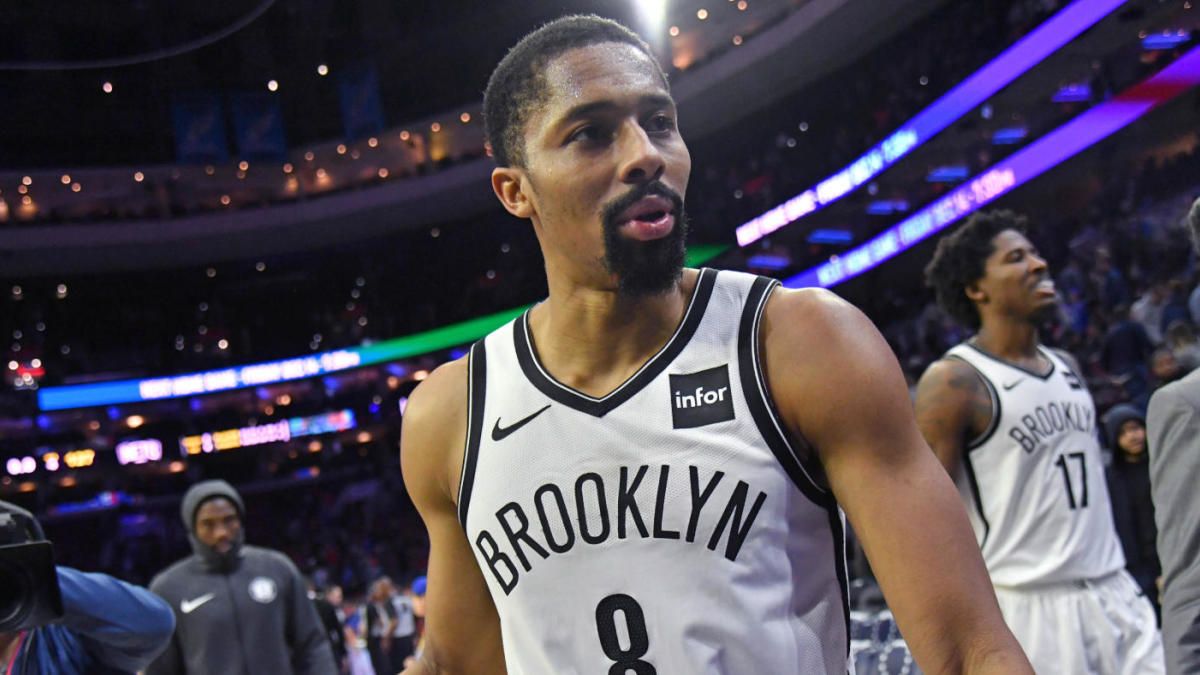 How will the Nets fill in for Dinwiddie’s absence?

Three games into the new season, the championship-aspiring Brooklyn Nets have suffered a major setback. Starting guard Spencer Dinwiddie has sustained a partial ACL tear, which will force him to sit out the rest of the season.

Dinwiddie, who is in his seventh year in the NBA, will undergo surgery next week, as per ESPN’s Malika Andrews.

“Brooklyn Nets guard Spencer Dinwiddie has been diagnosed with a   partially torn right ACL, the team announced on Monday. He is scheduled to have surgery next week.

Dinwiddie was injured in the third quarter of Sunday night's game against the Charlotte Hornets when he drove against Bismack Biyombo and planted his leg awkwardly. Dinwiddie was on the floor for a moment,  grabbing his right knee, and then hobbled over to the sidelines. After being evaluated on the Nets' bench for a few minutes, he went back to the locker room and was ruled out for the rest of the game with what  the team called a right knee sprain.”

It’s an unfortunate setback for both Dinwiddie and the Nets, especially with the team carving a championship-or-bust approach to the season. Dinwiddie is coming off career-best averages last season as he normed 20.6 points, 3.5 rebounds and 6.8 assists per contest.

There’s no question that the 27-year old combo guard is one of the most underrated players in the league right now. He has been holding down the fort for the Nets in the last couple of years, and led them to two straight playoff appearances.

Jarrett Allen, one of the young integral pieces of this Brooklyn squad, said that Spencer’s offense will be sorely missed. (h/t Brian Lewis/New York Post)

“He means a lot. When Spencer is going, he can’t be stopped. His offensive   game, when he’s going downhill creating shots for others. And even off the court everyone loves having Spencer around. His energy, just his personality is great for the locker room.

I don’t know what’s happening with him so whenever he’s back, whenever   he’s a strong dude, he’ll try and come back as soon as possible.”

Dinwiddie was the undisputed leader of the Nets last season as they raced to the playoffs without the injured Kyrie Irving. This performance led to an increase in his trade value, something that the Nets front office could have taken advantage of in their widely-documented pursuit of Houston Rockets star James Harden.

But with Dinwiddie missing the rest of the year, it will be extra hard for the Nets to put together a trade package to acquire the superstar services of Harden. The Rockets could wait for Dinwiddie to recover, but their roster is built to contend rather than rebuild. The arrivals of key cogs John Wall, Christian Wood and DeMarcus Cousins mean that the Rockets are planning to contend for a playoff spot this season.

Most importantly, the injury will also negatively affect Dinwiddie’s value in the trade market. Not a lot of players come back better and stronger after an ACL tear, although the vastly-improved medical technologies can help change that perception. Still, ESPN’s Kevin Pelton believes that Dinwiddie’s trade value is now “limited.”

“The first challenge here is deciding whether such a trade makes sense.         Brooklyn won't get a full look at a starting unit that played well to begin the season and must make any decisions before the deadline on incomplete information about how good this core might have been.

Second, Dinwiddie's trade value is limited now. Given his potential free      agency, Dinwiddie would have been most valuable to teams that could               have taken advantage of his modest current salary for a starting-      caliber point guard. With Dinwiddie likely out for the season, that  salary likely becomes dead money. It's still possible a team over the cap  might want to acquire Dinwiddie in order to secure his Bird rights to  re-sign him next summer, but that's no sure thing.”

If the Nets will decide to stay put and try out this roster for the rest of the year, then other integral pieces like Caris LeVert and Joe Harris will need to step up a notch. Both of them are two excellent players on offense, but they need to be more consistent in terms of their percentages and efficiency.

When you’re an elite team coming off an upset loss at the hands of a non-contender, you would want to bounce back with full strength the next game, right? Well, that wasn’t the case for the Nets. After suffering a 106-104 loss to the Charlotte Hornets, the Nets coaching staff opted to give Kyrie Irving and Kevin Durant a night off in their next assignment.

It’s tough not to have your stars every night, but Nets head coach Steve Nash says that they wanted to protect Durant and monitor his progress and status.

“I think it’s a decision that we’ll make [Monday]. I almost don’t want to        have a preconceived plan. We have ideas about limiting the amount of       minutes and impact and minute congestion for sure. We want to protect   Kevin coming off 18 months of — I wouldn’t say inactivity, but 18 months   of recovery.

And the rest of the guys as well. We want to be careful with different              people, with different vulnerabilities and try to make as smart long-term decisions as we can. I don’t know that I can say there’s a plan right now. It’s more like we’ll continually monitor the situation and make sure that we make the safest or soundest decisions for the group in that moment. So that decision will probably be made [Monday].”

But then again, the Nets cannot afford to rest their stars that much this season. The loss of Dinwiddie will definitely alter the coaching staff’s strategy in distributing minutes and placing load management programs on some of their players.

Dinwiddie is not just a backcourt partner for Kyrie, but he is also second-best scorer last season. It will be tough to replace a player with that level of value. Allen, who spent his first three years in the league as a member of an underdog Nets team, says that he is still getting used to the fact that the squad is one of the powerhouse contenders this season.

From being a Net all my life it’s definitely something I’m going to have to be used to. No disrespect to us, but we never were the team at the top. We were always the underdogs fighting and looking at other people as targets. And now the roles are reversed.”

Even without Dinwiddie for the entirety of the year, the Nets will still be a team to beat in the East. Durant and Irving have shown that they are still in their prime, and that their past injuries are not slowing them down. Both stars will be placed in load management program in the regular season, but look for them to switch stances and go all-in come playoff time.