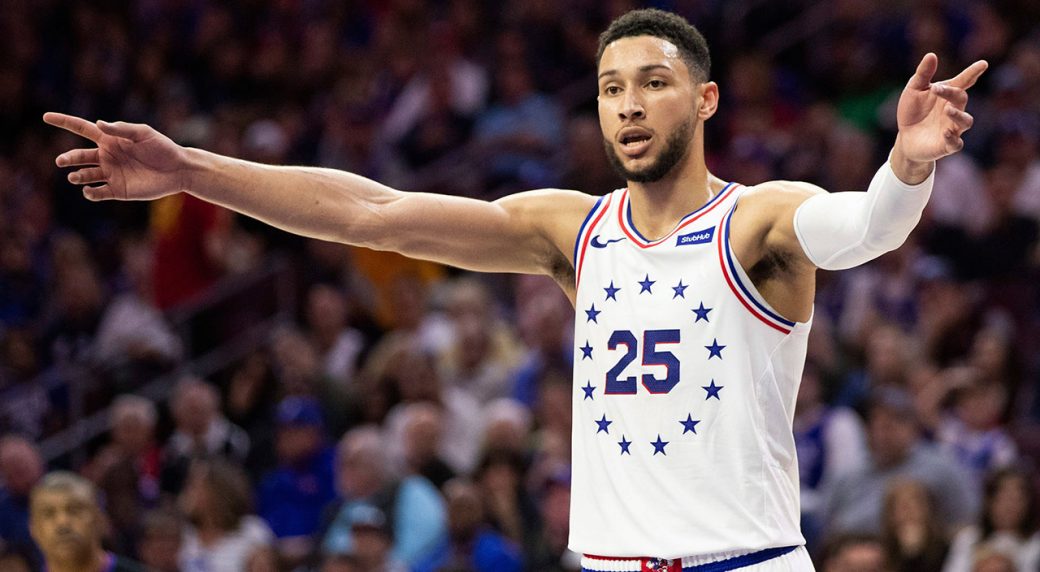 Two-time All-Star point forward Ben Simmons could be sidelined in the next few weeks. After looking healthy when he played during the All-Star game, Simmons has missed the Sixers’ first game back from the weekend due to a back injury. There was not any major concern that time as he was expected to sit out just one game. He indeed returned to the active line-up in the team’s powerhouse match-up with the league-leading Milwaukee Bucks, but Simmons exited the game four minutes into the first quarter.

Now, ESPN’s Tim Bontemps reports that the Sixers organization expects Simmons to be sidelined for an “undetermined period of time.” In other words, the minor lower back tightness injury that Simmons sustained during practice last Wednesday has been elevated to probably a major setback.

“As the Philadelphia 76ers and Ben Simmons' management team work with doctors to evaluate a course of action on the All-Star guard's injured back, Simmons is expected to be sidelined for an undetermined period of time, league sources told ESPN's Adrian Wojnarowski.

The anticipated length of time missed and next steps in remedying his back injury could be decided as soon as Tuesday. The injury will have longer-term implications than simply the 76ers' upcoming West Coast trip.”

Although we can assume that the Sixers are already on their way to the playoffs, Simmons’ absence will cause a huge blow to their build-up towards the postseason. The Sixers have been recently tinkering with their rotation, relegating veteran big man Al Horford to a sixth man role in an obvious effort to add more shooters and floor spacers when Simmons and Joel Embiid are both on the court at the same time. On top of that, the team also made recent trade deals that netted them swingmen Alec Burks and Glenn Robinson III. While Simmons could still return before the playoffs begin, it would have been better if he had plenty of time to figure out how he could mesh well with his new teammates.

The positive takeaway from this very unfortunate development is that it will give the team’s other players the golden opportunity to step up and get their rhythm going. Embiid has been particularly criticized for his underwhelming performance during a recent losing skid by the Sixers, but he has bounced back in these past couple of games. With Simmons absent, Embiid’s 39 points led the team to an eight-point victory over the Brooklyn Nets. He then exploded for a career-best 49 markers against the Atlanta Hawks, a tremendous individual outing that resulted to another win for Philly.

Sixers head coach Brett Brown also does not want to dwell on the negativity. Before hacking out a 129-112 victory over the Hawks, Brown emphasized that this is a chance for the team to discover more things about their individual and collective abilities.

"There's 25 games left. It's an eternity. Just keep going back to the endgame. What's the bottom line? I'll say it again: If you get the health and the spirit, it's got a chance to equal form.

It's all about landing the plane. That's what the playoffs are. ... We've taken a hit   with Ben. I do see it this way. I'm not spinning it. It's an opportunity for us to learn, and something will emerge."

Simmons, 23, is again putting up impressive all-around numbers this season. The 6-foot-10 point guard is norming 16.7 points, 7.8 rebounds, 8.2 assists and a career-high 2.1 steals per contest. He has been proven to be an outstanding anchor of the Sixers’ defense, as evident in his unique ability to guard all five positions.

This back injury would also be the first major setback that Simmons has suffered after redshirting his rookie year due to a foot injury. He has only missed a combined total of three games during the 2017-18 and 2018-19 seasons. While it is true that the team is now assured of a spot in the playoffs, positioning for a home court advantage in the first round will be a very important mission for any playoff contenders. The Sixers are now sporting a 36-22 record, just a half game behind the Miami Heat for the fourth seed in the Eastern Conference.

Bagley’s injury continues to be a mystery to everybody. Reports are now stating that the Kings power forward will miss three more weeks before his foot injury gets re-evaluated. James Ham of NBC Sports tweeted out this recent development regarding Bagley’s health concern.

“Marvin Bagley visited foot specialist Dr. Martin O'Malley, who confirmed that he aggravated his mid-foot sprain. The Kings will update his condition again in three weeks. No timetable for a return.”

Drafted second overall during the 2018 NBA Draft, the Kings fan base had an enormous amount of aspirations for the lefty scoring big man. Standing at 6-foot-11 and possessing a unique blend of mobility and scoring, Bagley was compared to the likes of Chris Bosh and a young Amar’e Stoudemire. The Kings slowly brought him into the NBA stage during his rookie season last year as he only started in four of the 62 games he played. Bagley logged in 25.3 minutes per game, and normed 14.9 points and 7.6 rebounds.

This season, nothing has drastically improved in terms of Bagley’s role. He has played only 13 games for the Kings and his numbers have stayed the same. Many people expected him to maybe eclipse the 20-point mark this season, but he has not even come close to that bar. In fact, Bagley has not put up a 20-point game this year, although he has scored in double digits in each of his 13 appearances.

Before the All-Star Weekend, Bagley talked about the progress in his recovery process. The 20-year old emphasized that he and the team’s medical staff are making sure that he is in a fully-healthy shape when he comes back to the court.

“I’m definitely going to try to come back this year, but that’s too far ahead at this point. The most important thing for me right now is to make sure I'm healthy.

Honestly, who knows, I'm just going one day at a time with this, I'm trying not to think too far ahead. I obviously want to play, I want to be out there. It sucks. I've only played however many games I've played this season over things I can't control.”

Bagley’s extended absence has given people the leeway to further criticize the Kings for not choosing Luka Doncic or Trae Young in the draft. Both of those point guards have been selected to the All-Star game in just their respective sophomore seasons, while Bagley stayed at home, recovering from his injury. As much as they valued the superb potential of Luka and Trae, the Kings already had a young starting point guard in De’Aaron Fox. What Sacramento lacked at that time was a solid presence on the frontcourt. With the Phoenix Suns selecting Deandre Ayton with their top overall pick, the Kings settled for the scoring prowess of Bagley.

It also does not help that the Kings have spiralled downward after putting up a fight to the last playoff spot in the Western Conference last season. They are only sporting a 23-33 record, and has struggled under new head coach Luke Walton. Kings general manager and former player Vlade Divac says that the team could still do better even with the injury bug continuing to bite them this season, as per The Athletic’s Jason Jones.

“It’s frustrating, it’s disappointing, but what I see from our team is that they’re fighting, they’re playing hard, they are competing, especially the last three or four  weeks from the young players, especially Fox. I feel the same: Like everyone else, we can do better. Yes, injuries are a part of it, but it didn’t go the way we wanted it to go so we just have to keep fighting.”

Good thing for Divac, his Kings are doing a better job in the second half of the season. They have won five of the last seven games, even beating good teams like the Los Angeles Clippers, the Miami Heat and the San Antonio Spurs. Even with the team already far off from their playoff aspirations, a strong finishing kick to their year could be the momentum they need to have to prepare for their campaign next season.