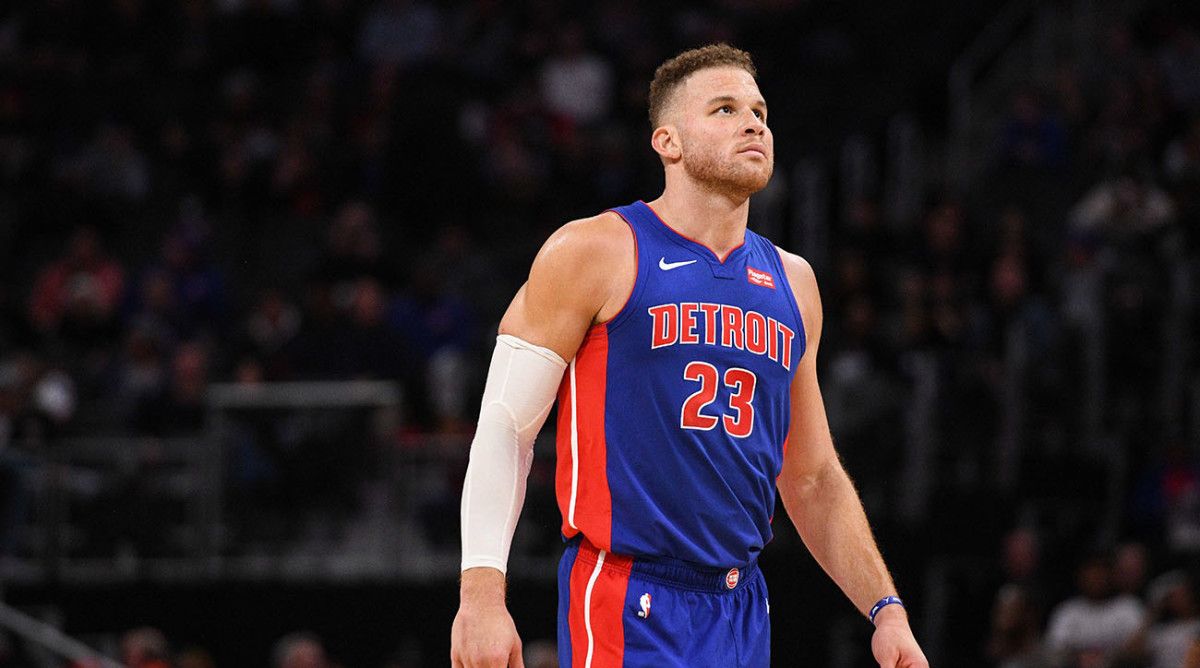 Detroit Pistons star power forward Blake Griffin will be indefinitely out of the team’s active line-up after he underwent an arthroscopic knee debridement procedure to fix his injured knee. The former Slam Dunk Contest champion has been fighting through injuries this season, forcing him to only play 18 of the Pistons’ 38 total games. Griffin has also spiralled downward in terms of his on-court production. Coming off averages of 24.5 points and 7.5 rebounds last season, Griffin is only tallying 15.5 points and 4.7 boards this year. Both of those numbers are the lowest outputs of his 10-year career. There is no doubt that his knee injury has become a roadblock for him and the Pistons’ disappointing 14-24 record this season.

While Griffin has indeed struggled on both ends of the floor, his leadership and playmaking will be sorely missed by his team. Detroit head coach Dwane Casey points out that his 30-year old star’s all-around contributions will be a great blow to the Pistons’ run this season, as per Rod Beard of The Detroit News.

“The 25 points, the leadership, the toughness, the presence of Blake — you're not going to replace that, but it is good. We know the direction right now; we know what   we're dealing with — it's not 'Is he playing or is he not playing? I think it's a relief for Blake also, and our thoughts and prayers go to him.

He's a warrior. He's a guy who's been through a lot these last two years and he definitely carried us last year and tried his best to do that this year, but his body just wouldn't let him.”

Prior to Griffin’s surgery, there were already rumors saying that either him or star center Andre Drummond will get traded before the February trade deadline. It’s becoming more and more obvious that their partnership at the frontcourt is not working well, mainly because both of their offensive skill sets are funnelled towards scoring on the inside. With this recent setback, it will become even harder for the Pistons front office to trade Blake. The 6-foot-10 forward has regressed in terms of his athleticism, and he has been hounded by numerous injuries in the past few years. To make matters worse, Griffin will earn a grand total of $75 million in the next couple of years. That is a huge chunk of money to pay for an aging, injury-prone big man.

But the Pistons are still maintaining their patience in this unfortunate setback. Casey emphasizes that the organization will put Griffin’s long-term health as their topmost priority in this long, tedious recovery process.

With Griffin out of the rotation, veteran stretch forward Markieff Morris, back-up center Christian Wood and rookie Sekou Doumbouya will see an increase in their minutes. Difficult times are indeed waiting for the Pistons organization in the next several months, especially with Drummond entering unrestricted free agency next summer. The All-Star big man still has the choice to opt in to the last year of his current contract, but there is very strong belief that he will opt out to gain a new max contract from the Pistons or from other interested teams.

Add budding star combo guard Fred VanVleet to the quickly-growing injury woes of the defending champs. The 6-foot-1 scoring point guard is coming off a double-double performance of 29 points and 11 assists in a win against the Brooklyn Nets, but it turns out that he played through a hamstring injury that night. TSN’s Josh Lewenberg reported that the injury will put VanVleet on a day-to-day status. The 25-year old gunner, who already sat out in the team’s recent loss at the hands of the Portland Trail Blazers, is amassing career-highs of 18.0 points, 3.9 rebounds, 7.0 assists and 1.9 steals per contest.

With VanVleet out of the line-up, the Raptors now have four of their key cogs on an inactive status. Reigning Most Improved Player of the Year Pascal Siakam has missed the past couple of weeks with a groin injury. Veteran big man Marc Gasol is dealing with a strained hamstring, while Norman Powell is recovering from a shoulder injury. The most alarming fact about all of those injuries is that they don’t have any exact timetables, an indicator that Siakam, Gasol and Powell will miss several games more.

The positive takeaway from these injuries is that the defending champs have received surprising key contributions from their younger players. OG Anunoby has returned from a long layoff last season to become a solid two-way presence for the Raptors. The team is also getting timely boosts from newly-acquired combo forward Rondae Hollis-Jefferson, rookie Terence Davis and 6-foot-9 athletic power forward Chris Boucher.

However, Raptors head coach Nick Nurse expressed his remorse on his players’ inability to build a rhythm as a team, as per Eric Koreen of The Athletic.

“The one thing I’ve probably moaned about this a little more than I should have in the last couple weeks is the rhythm gets disrupted a little bit. But in theory, our guys should be able to plug in and play our style. We’re trying to make all guys play a lot of positions, and unless you’re inside, if you’re on the perimeter, your job is pretty much the same. Shoot the ball, drive the ball, pass the ball, relocate to open space, and those things should happen over time.”

After losing a heart-breaking two-point game against the Blazers, the Raptors will travel to Charlotte to face Terry Rozier and the uprising Hornets squad.

Shams Charania of The Athletic has recently tweeted out some very good news for Lakers fans. After suffering a hard fall in the team’s recent win against the New York Knicks, Charania has reported that Anthony Davis’ MRI results showed that the injury is just a bruise for the superstar big man.

After scary fall Tuesday night in Los Angeles, Davis underwent MRI that showed lower back injury is a bruise, league sources said. Positive news for Davis and the Lakers.”

Davis sustained the back injury after attempting a block on the defensive end in the third quarter. The Brow didn’t come back to the game, prompting concerns that he might need a significant amount of time to recover from the injury. The 26-year old power forward has been the anchor of the Lakers’ success this season. He is putting up a team-high 27.1 points per game, and is filling up the rest of the stat sheet with 9.4 rebounds, 3.2 assists, 1.5 steals and 2.6 blocks.

AD has been extra aggressive on the defensive end this season. He recently tallied a career-high 8 blocks during a win against the Detroit Pistons. So it does not come as a surprise that he is sacrificing his body just to protect the rim for his new team. Lakers back-up point guard Alex Caruso credited his big man’s conscious effort to anchor them on defense, as per Brett Dawson of The Athletic.

“That’s who he is to his core. He’s a hooper and that’s how he knows how to play the game. If you saw me out there and I didn’t step up to take a charge or I got out of the way for a loose ball, you’d probably look at me a little weird. If AD isn’t going hard and not going for blocks and not playing right, everybody is going to be questioning him. So the fact that he can do that night-in, night-out, year after year, take the beating that he (does), that’s very honorable.”

With the MRI results coming out clean for the All-Star forward, there will be a chance that Davis will play in the Lakers’ next assignment.