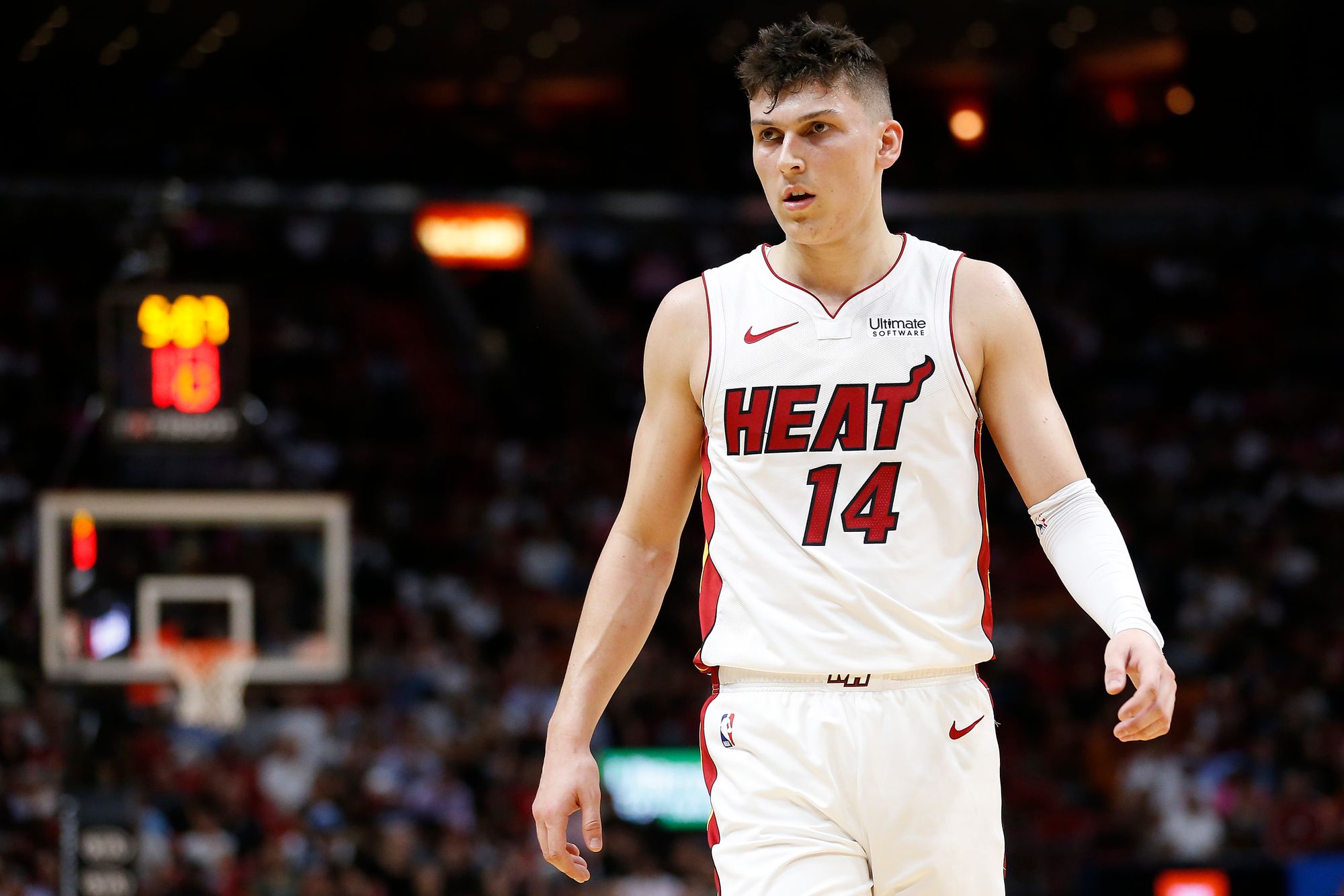 At least from the perspective of rookie hotshot Tyler Herro, the Miami Heat could have had two rookies in the Top 5 of the Rookie of the Year race if he was not injured. The 6-foot-5 sharpshooter is averaging 12.9 points, 4.0 rebounds, 1.9 assists and a stellar 39% clip from the three-point line this season. He has become a key cog in the rotation of head coach Erik Spoelstra, providing a much-needed scoring punch off the bench.

However, Herro has missed a total of 18 games due to injuries. It was during a powerhouse match-up against the Philadelphia 76ers that he sustained a foot injury that kept him out for at least a month. Herro was still able to come back in the Heat’s face-off against the Charlotte Hornets last March 11, but that was the team’s last game as the NBA decided to suspend the season.

With that said, the 20-year old shooting guard believes that he should have been a frontrunner for the best rookie award if the foot injury didn’t hinder his progress. In an interview with Eric Woodyard of ESPN, Herro emphasized that he sustained the injury right when he was beginning to find his rhythm.

"I would say it went pretty well. I ended up getting hurt toward the middle of the  year. I missed like 15 games, but before that, I felt like I was starting to find my stride, starting to prove myself, so I'm definitely looking forward to getting back.

I definitely feel like if it wasn't for that injury, I feel like I would be 1 or 2 in the Rookie of the Year race, so I'm ready to get out there and prove myself again."

Selected by the Heat as the 13th pick of the 2019 NBA Draft, Herro has proved that he doesn’t need a year or two before the league knows that he belongs to the best of the best in the basketball world. Along with his pure-looking shooting form, Herro’s confidence in his game has become his best asset. He has formed quite a partnership with veteran star guard Goran Dragic on the Heat’s second unit, creating a multi-dimensional scoring backcourt that has been one of the best off-the-bench 1-2 combo in the league.

His injury last February also stripped him of the chance to compete in the Rising Stars Game, an event in the All-Star Weekend that showcases the best rookies and sophomores in the NBA. Still, Herro packs an intriguing potential that could eventually help him be a top scorer in the league someday.

With Herro, undrafted rookie Kendrick Nunn, undrafted second-year swingman Duncan Robinson, and first-time All-Star big man Bam Adebayo, the Heat suddenly has one of the most promising young cores in the NBA. Nunn has been battling Memphis Grizzlies’ Ja Morant and New Orleans Pelicans’ first overall pick Zion Williamson for the ROTY all season long, an indication of how Nunn has worked his way from an unnoticed prospect to one of the best first-year players.

The Heat was predicted to be in the playoffs this season, but many experts counted them out of serious contention. It was perfectly understandable as the Heat is coming off the final playing year of long-time superstar Dwyane Wade. They also traded Hassan Whiteside, a double-double machine who has arguably been one of their stars in the past few years. Yes, they pulled off a stunning deal to land Jimmy Butler last summer but the Heat roster wasn’t just that good on paper.

Yet, Miami has stayed true to their winning culture, and Spoelstra’s coaching brilliance is again on display this season. In a video posted by the team’s website, team president Pat Riley expressed his disappointment on the fact that the season has been suspended but also emphasized that this version of the Heat squad is a “very, very good basketball team.” (h/t Sports Illustrated’s Shandel Richardson)

"We had a very, very good basketball team, very well coached. And I think we proved it on the court, night in and night out. We overcame some adversity, some injuries. When that happened, next man up.

It was a great year. I'm really disappointed that we haven't seen the finish, especially after we made the trade ... I thought that was going to give us a bit of an edge going into the playoffs. For all intents and purposes, I'm so happy that we turned a lot of  things around and we found the right players, the right mix of pick-and-roll players ... We are very optimistic about moving forward into the future with these players."

The Heat are currently sporting a 41-24 record, good enough to sit on the 4thseed in the Eastern Conference. If the NBA decides to immediately proceed to the playoffs once it is deemed safe to hold games, Miami will face the 5th-ranked Indiana Pacers in the first round. If the team succeeds in besting the Pacers, they will book a potential match-up with league frontrunners Giannis Antetokounmpo and the Milwaukee Bucks.

The Washington Wizards will be an intriguing team to watch next season, especially when star point guard John Wall finally returns to the court after a year-long recovery from a major Achilles injury. He is already itching to get back out there and work with his teammates, although he has some suggestions as to how the Wizards front office can add more weapons to their arsenal.

During an appearance on the All the Smoke podcast hosted by former NBA players Matt Barnes and Stephen Jackson, Wall reiterated that they still need a tough-minded, scorer to lift some load off him and Bradley Beal’s shoulders. (h/t Chase Hughes of NBC Sports Washington)

"With me and Brad [Beal], who is a great cornerstone, and you have Rui     [Hachimura] who is a rookie that's in there, but I feel like we definitely need a three that's a dog, that can knock down shots and compete and create for us. And then, we've also gotta build a bench, just being realistic.

"I love the team we have now. We have some great pieces. There are a lot of young guys getting an opportuntity to play that would probably not have gotten on other teams. But I feel like if you want to be one of those teams, you've gotta have veteran guys around that are willing to understand their role. That's kind of what we dealt with in years past with our teams is nobody really understood their role.”

With a 24-40 record this season, the Wizards have the chance to come out with a lottery pick. There are plenty of scorers in this year’s draft like Georgia’s Anthony Edwards, North Carolina’s Cole Anthony, Florida State’s Devin Vassell and Villanova’s Saddiq Bey. If they think that they can’t luck out in the lottery, they can always flip their pick to an interested team for the services of a proven quality role player.

But Washington’s hopes of returning to the top half of the league will rest on how Wall will bounce back from his injury. Should the five-time All-Star retain his helter-skelter speedy game or be more patient in setting up plays and let the defense give him what he wants? Either way, Wall knows that he will come out as a better player on both offense and defense.

“When I'm not playing, I'm watching these guys play. Like these young guys, they killing our team and they looking at our bench and stuff. Just know I got those written down in my notes for when I come back when they start next season. I can't wait to see them what I got, what I'm about. But I'm gonna be better than what I was before, and that's the scary part. Damn near the whole five years I was an All-Star I played with two bone spurs in my knee and my heel. People don't know that. They ain't even get the best of John Wall yet, they just got a clip of him.”