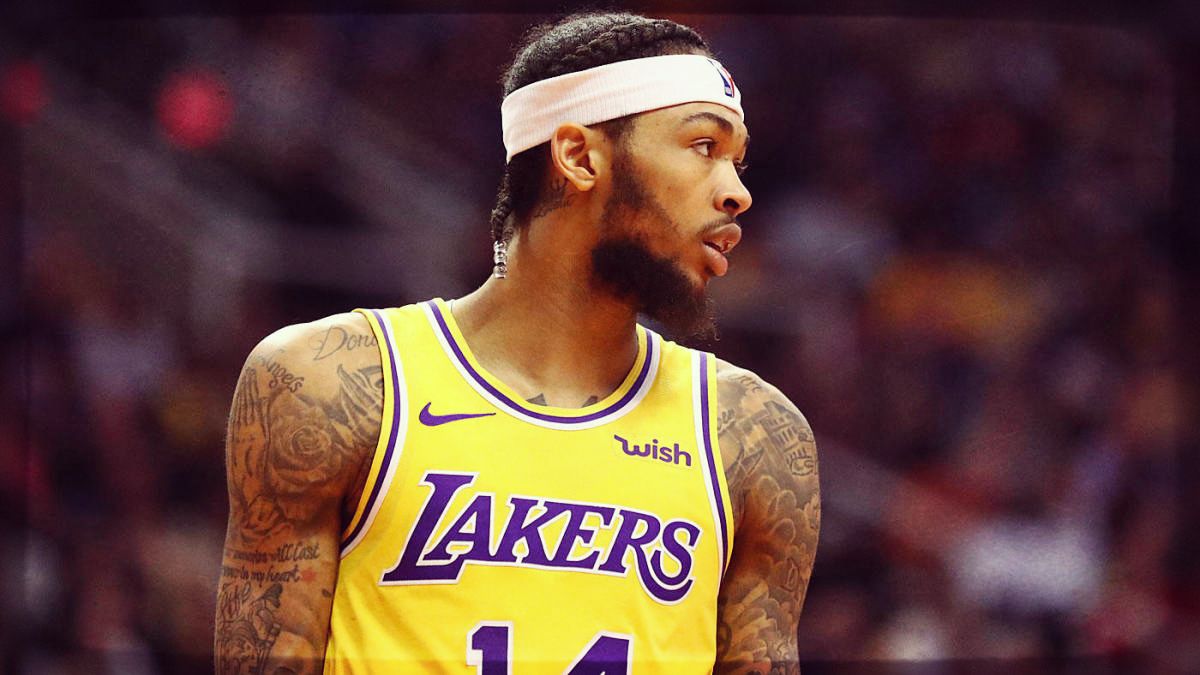 The Lakers’ turmoil of a season took another downward hit as young budding star Brandon Ingram has been diagnosed of Deep Vein Thrombosis (DVT) in his right shoulder, an indicator that the 21-year old is experiencing blood clots. Ingram, who has been the Lakers’ most consistent and arguably most valuable player outside of LeBron James, will now be sidelined for the season as he will be receiving treatment on his shoulder. Lakers sophomore forward Kyle Kuzma expressed his sentiments on his teammate’s recent setback, via Kyle Goon of The Orange County Register.

"I was real sad. It hits home for me because I know how much Brandon works, I know how bad he wants to be great, I know much he loves the game of basketball.

He never sits out at practice, he’s always in the gym. He can’t do nothing for at least, I don’t know how long they said, to be on blood thinners and not do anything -- I couldn’t imagine what it’s like so I feel for him every day."

It is indeed an unfortunate situation for the lanky star, who was on a scoring tear before he was sidelined by the injury. Ingram is putting up a career-high 18.3 points per game this season, on top of 5.1 rebounds and 3.0 assists. Furthermore, Ingram’s injury could also spell trouble for his future, considering that former Miami Heat star Chris Bosh was diagnosed with the same health condition and was forced to close his playing career as the blood clots would be too dangerous of a condition to risk.

To make matters worse, this could also brew another disastrous turn of events for the Lakers franchise, who are viewing Ingram as their most valuable asset aside from LeBron. Ingram was a centrepiece in the Anthony Davis-trade the team failed to pull off, and it would now be difficult for the storied franchise to deal the 6-foot-9 to other teams, per ESPN’s Brian Windhorst.

“Based on a sampling of NBA executives around the league the past few days, many believe Ingram’s value has taken a real hit with this development. It feels dirty to discuss this as Ingram begins his treatment, but this is not happening in a vacuum.”

But before it gets to that point, the Lakers first have to prioritize Ingram’s treatment and recovery as the young man is undergoing a health condition that would mean peril not just to his basketball career, but to his holistic life as well.

The Warriors sustained a surprising defeat at the hands of the lowly Phoenix Suns last March 10. But what hurt them even more is that All-Star forward Kevin Durant suffered an ankle injury during the mid-way point of that game’s final quarter. Mark Medina of the Mercury News reported on the said setback.

"Durant suffered the injury during a 115-112 loss to the Phoenix Suns on Sunday at Oracle Arena. Durant landed awkwardly on his right ankle after attempting to throw the ball through a double team. He stayed on the floor, but eventually stood  up on his own. Durant then walked to the locker room without needing any assistance with 6:34 left in the game."

Durant, who is posting impressive numbers of 27.4 points, 6.7 rebounds, 5.7 assists and 1.2 blocks per game, sat out the Warriors’ recent win against the Houston Rockets. Logan Murdock of the NBC Sports reported that head coach Steve Kerr said that KD will indeed return during the team’s current four-game road trip, but also reiterated that he won’t play in the Oklahoma City Thunder game. The Larry Brown Sports wrote an article on this development.

“The Warriors head coach said that if it were a playoff game, Durant would suit up. But since it’s the regular season, he’s giving Durant extra time to heal.”

From that perspective, it’s positive that Durant has not sustained any major injuries on his ankle. His absence could just be a precaution for the Warriors as they near the playoff season where they will defend their two consecutive championships.

Bucks young budding combo guard Malcolm Brogdon has been hit with yet another injury. The third-year man out of Virginia, who exited early during the first quarter of the team’s recent win over the Miami Heat, experienced right heel soreness and did not return.

It is another setback for the 26-year old former Rookie of the Year awardee. Earlier this month, Brogdon also missed a game against the Utah Jazz as he injured his right plantar fascia. The team itself announced an update regarding Brogdon’s injury.

Brogdon will be listed as out and his status will be updated as appropriate.”

Still, Bucks fans could breathe out a sigh of relief as ESPN’s Adrian Wojnarowksi reported that Brogdon might not need a surgery to recover.

There is optimism that he could return closer to the six-week mark, sources said.”

Brogdon is averaging career-highs of 15.6 points, 4.5 rebounds and a solid 43% clip from beyond the arc for the league-leading Milwaukee.

Jrue Holiday, who has been the Pelicans’ undisputed leader after the team put Anthony Davis on minutes restriction, will miss a handful of games after sustaining a lower abdominal injury. Holiday is averaging 21.2 points, 7.7 assists, 5.0 rebounds and 1.6 steals per game this season.

There’s also a reason to believe that Holiday could also miss the remainder of the season. With a disappointing 30-42 record this year, the Pelicans’ hope of a playoff bid is all but gone already. Head coach Alvin Gentry chimed in on the possibility of shutting down Holiday and fellow injured teammate E’Twaune Moore, per Andrew Lopez of The Times-Picayune.

“Unless they look at it and say it’s much farther along than we thought or something like that. If not, I find that it’s ludicrous for us to say we’ll stick them back out there and maybe they won’t get hurt.

I can tell you right now, we will be overly cautious with it. Because I don’t think it’s worth it.”

Indeed, an aggravated injury on his superstar point guard will be a big obstacle to overcome for New Orleans. It’s almost written in the stone that Davis will still force his way out of the team in the offseason, and the Pelicans organization view Holiday as the cornerstone of their franchise.

In an unfortunate turn of events for the Blazers, the team will lose shooting guard CJ McCollum to a left knee injury that will probably sideline him until the first round of the playoffs. While the injury is not that serious, ESPN’s Adrian Wojnarowski reports that it will be re-examined after a week.

“Trail Blazers guard CJ McCollum has been diagnosed with a popliteus strain in his left knee and will be re-examined in a week, the team announced Sunday.

The diagnosis means McCollum, who suffered the injury Saturday against     the Spurs, has avoided a serious injury.”

The 27-year old combo guard, who is averaging 21.3 points, 4.0 rebounds and 2.9 assists per game, has missed just a single game this season. Recently, Casey Holdahl of NBA.com sat down with McCollum and directly asked him how long he thinks he’ll be out with the injury.

“What, did they say I'll be re-evaluated in one week? So. Just taking it day by day, I  don't have a timeline that I'm going to give you guys, but I think just based on the research, there's not a lot of injuries like this that have happened. So timeline is different just depending on the age, how well your body heals, what you've done before that and kind of where you're at. But hopefully I can be back sooner than later.”

The Blazers, who are currently sporting a 43-27 record, are sitting in the 4thseed in the West. They need more than the brilliance of star point guard Damian Lillard to finally break out of the playoff shell.