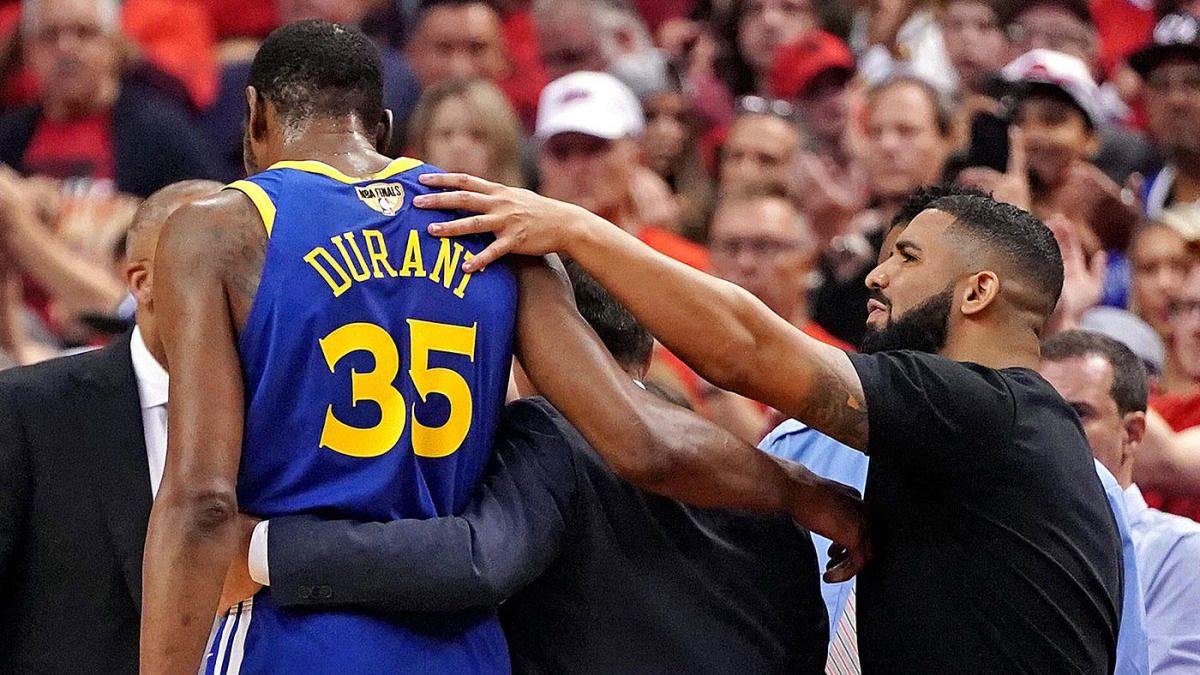 NBA Injury Report: Kevin Durant Will Not Play In The Upcoming 2019-20 Season

The Nets are preparing for life without one of their two newly-acquired superstars. After a lot of speculations about a potential Durant return before next season’s postseason, Nets general manager Sean Marks has shut down the rumors. Marks says that their in-game preparations won’t include Durant. James Herbert of CBS Sports wrote a column on the issue at hand, including Marks’ comments if a Durant comeback is possible this season.

"With Kevin, I think what we're going to say is the expectations are that he will be out for the year. We're not going to plan on him playing.

Nothing's really change. I think this is just an easier way to say that Kevin controls the rehab. He's attacking this like no other. I've been excited to see -- I think we all have -- how he's approached this rehab, which has been great. Very refreshing and energizing for the whole group. But at the end of the day this is a long-term plan here. This was never about this next season. This is about getting an elite athlete back to elite physical shape on the court and whatever that takes."

Durant’s progress from the Achilles injury he sustained during the Finals is much-documented. After all, he is now a superstar about to play under the bright lights of New York, a city mostly known as the Mecca of basketball. Moreover, the handling of his injury has also become an issue. There were rumors that the Warriors coaching and medical staff kind of rushed Durant from a calf injury for him to come back in the Finals and help the undermanned Warriors.

Of course, those issues were shut down by Durant himself, as he should be doing. Even so, it’s perfectly understandable if Durant and the Nets medical staff are taking a very patient approach to the star’s rehabilitation, considering that he injured both his calf and then his Achilles in just a matter of a couple of months. But we should know by now that teams are often just taking a safe approach to addressing players’ injuries to the media, and there’s still a slight chance that Durant can don the Nets threads this season. Medical technology and modernized training equipment and machines are advancing recovery periods nowadays, so it won’t really come as a surprise if KD makes an appearance on the court before the playoffs.

And then, there’s also the talk on whether Durant can still go back to his old, deadly form or not. After all, he is a seven-footer and not all players with that size can still be as effective as they was prior to major injuries. Still, Nets combo guard Spencer Dinwiddie expressed his excitement in teaming up with Durant, per the NetsDaily.

The beautiful part about this is, the man is 7-foot and one of the best shooters of all     time. At worst you get Dirk [Nowitzki], and Dirk was a monster. So we’re ready for him to come back whenever he wants to and whenever he’s ready to do so, and we know that he’s going to be a phenomenal major piece of our roster.”

With or without Durant, the Nets are expected to seriously contend for a playoff spot. A rejuvenated Kyrie Irving should have a better and more productive year than what he had with the Boston Celtics last season. The growth of Caris LeVert and Jarrett Allen will be vital for the depth of the Nets, while veteran players like Dinwiddie, Joe Harris and DeAndre Jordan will be there to steady the ship for Brooklyn.

Could we have witnessed a three-peat run by the Warriors had Klay did not get injured? Thompson was lighting up Game 6 of that Finals match-up against the Raptors. He was scoring 30 points in just 30 minutes, but the All-Star gunner would hurt his knee on an awkward fall after a transition lay-up. It would eventually be a Torn ACL injury. In an interview with Marcus Thompson II of The Athletic, Klay says that he felt at his best prior the injury.

“I think about that every day. That’s just the humbling part of sports — when you feel like you’re at your best, something traumatic can happen. But I honestly felt like I was at the peak of my NBA career up to that point. I was at my best. The way I was shooting the ball, the way I was playing defense. I felt like I was one of the best players out there. In past series, or Finals, you know, I’ve been able to defer. But in that series, I felt like I was just, like, as close to unstoppable as I’ve ever been.”

Of course, there’s still a great chance that Thompson will be as good as he was before the ACL injury. His overall play isn’t really built on athleticism, and we can already assume that his Hall of Fame-caliber shooting touch will not go away. But the bigger question here is when Thompson will be coming back for the Warriors. Heavy.com’s Sean Deveney reported that a biomechanics consultant by the name of Dr. Tim Hewett recommends that Klay sit out the next two years for his knee to fully recover.

“Please do share that with Klay. This is not my opinion. People say to me, ‘Well, that is your opinion, there are other opinions.’ No, I deal in science and I deal in fact. People don’t like to hear it but it does not change the facts, and that facts are that you’re at risk for re-injury before two years and you won’t be the same player in the first year.”

That statement has since ignited quite the argument in social media. But Dr. Alan Beyer, an orthopedic surgeon at Southern California’s Hoag Orthopedic Institute, still sees Thompson fully recovering from the ACL injury in nine to twelve months. Brad Botkin of the CBS Sports reported Beyer’s statement on the issue.

"No, I don't agree with that at all. Think about how many ACL injuries we've seen over the years, and how many high-level athletes stay out for two years. I can't think of one. Nine to 12 months is the general window. If this two-year premise were true, we would obviously be seeing a swath of re-injuries in that one- to two-year period. But we don't see that."

In fact, Thompson and the Warriors have agreed to a five-year $190 million contract this summer. That obviously hints out that the Warriors organization are expecting Klay to come back soon, not after a two-year span. With that said, Stephen Curry will be taking more offensive load than he did the past few years. Now that Durant has switched teams and Klay is still rehabilitating, Curry is primed to have another record-breaking season. Newly-acquired star D’Angelo Russell could make up for the absence of Klay, but Klay’s dynamic skill set on both ends of the floor is irreplaceable.

We could have seen Lakers’ young budding star Kyle Kuzma don Team USA’s colors in the recently-concluded World Cup, but the forward injured his ankle just days before the tournament. Marc Stein of The New York Times tweeted out that Kuzma could miss the start of training camp, which will commence in a couple of days.

“The Lakers increasingly fear Kuzma will not be ready for the start of training camp as his left foot continues to heal, league sources say. LA"s first two practices are Saturday.”

Kuzma, 23, averaged 18.7 points, 5.5 rebounds and 2.5 assists for the Lakers last season. the 6-foot-9 combo forward will be entering his third year in the league.