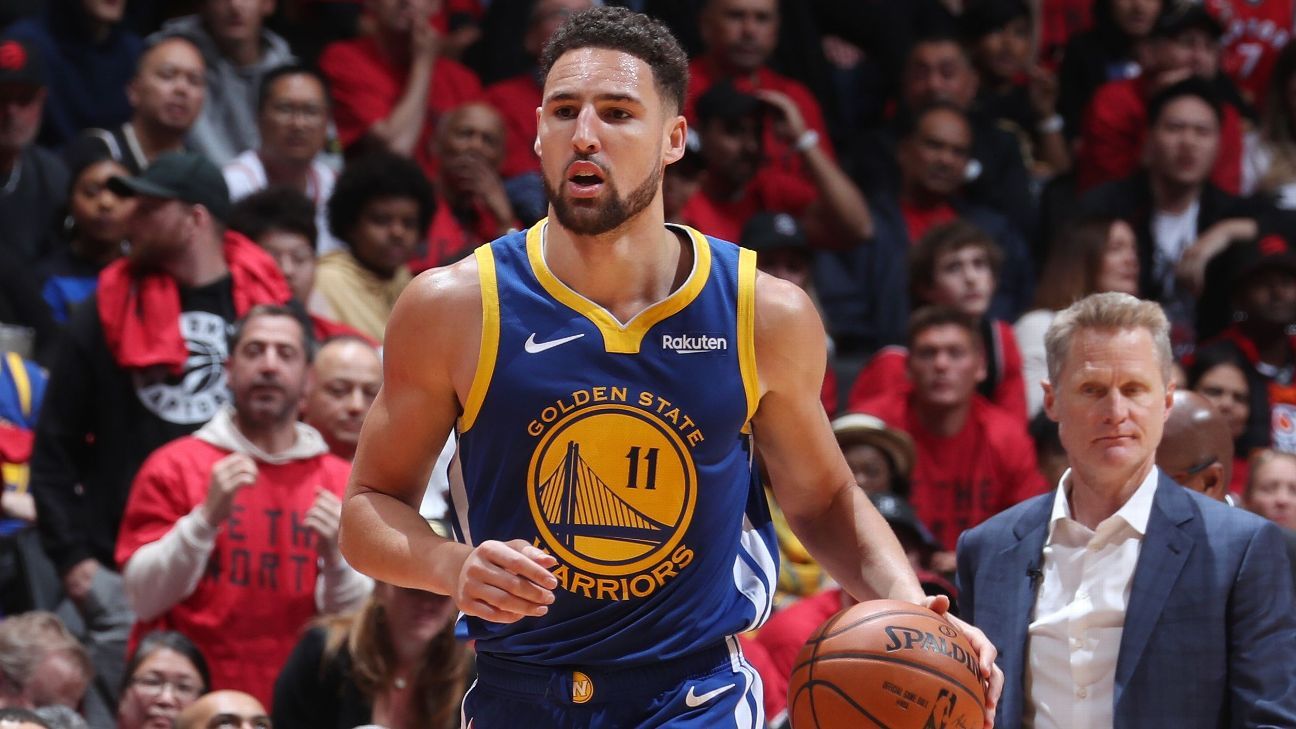 The Warriors may not take the basketball floor again this season, but it is with full certainty that Dubs fans will get to see their beloved star shooting guard in the 2020-21 NBA campaign. Anthony Slater of The Athletic recently revealed that Klay Thompson is now “training without restriction”, which means that the five-time All-Star is already fully-recovered from the Torn ACL injury he sustained during last year’s Finals.

Slater reiterated that while Thompson has completed the rehab process, it does not automatically mean that he is now in a very competitive shape. Slate also pointed out that the Warriors sharpshooter was medically-cleared a couple of weeks ago and “has been ramping up his workouts since.”

“This doesn’t mean Thompson could compete in an NBA game right now. There are many conditioning checkpoints still to be met. Remember how long it took the Warriors to clear Steph Curry for a return from a broken bone in his left hand back in early March? That wasn’t about his hand, which had been medically cleared for full basketball activity for weeks. It was about his entire body needing to rev back up into its traditional basketball shape.

That’s where Thompson is at. He’s essentially reached the finish line of his left knee rehab, as medically approved by his physician. If it were midseason, Thompson would be getting his body ready for a targeted return. But it’s not midseason. It’s not even anything like a traditional offseason. Thompson isn’t really limited physically, he’s limited by the world’s current human-to-human contact restriction.”

With Thompson out for the whole year and Kevin Durant departing for the bright lights of Brooklyn, the Warriors are riding the current worst record in the league. But all signs point towards a rejuvenated and stronger Golden State squad next season. Thompson and Steph Curry are both healthy, as well as former Defensive Player of the Year Draymond Green.

In the same column, Slater also revealed that it’s highly-expected that Thompson will be 100% healthy when the Warriors hold their “mandatory summer activities.” He also said that the 6-foot-7 shooting guard actually planned to participate in Team USA’s Olympics training camp, although it is already announced that the Olympics will be postponed due to the global pandemic.

“Thompson initially hoped to take part in Team USA’s training camp for the Olympics, which was scheduled for early July. The Olympics were postponed for a year due to the pandemic, thwarting those plans. But early July was always a great benchmark to track his progress. Word is, from those who have seen him train, he looks terrific and the basketball emptiness of the six months ahead may make him grow impatient in anticipation.

October has long been the target. That was supposed to be the start of next season. That start date been shoved back until early December, though most believe that’s far too ambitious a turnaround for the NBA, which has its Orlando playoffs ending in October. Christmas is the season-opening date many still like to float.”

Thompson already turned 30 years old this year, and it remains to be seen how the long injury layoff will affect his on-court performance. Good thing for him is that his play is never dependent on elite athleticism. Klay will still be the excellent shooter that he is, and it’s just a matter of getting back to his groove.

There are some rumors spreading about the possibility that the Warriors would want to trade Thompson. It is indeed a far-off chance, but there are also speculations that the Warriors organization are in a financial trouble. However, Tim Kawakami of The Athletic has since abolished that idea, reiterating that the team is “not in severe trouble financially.”

"From everything I hear, the Warriors are not in severe trouble financially. To be sure, the Warriors are not making nearly as much as they expected and they've poured enormous dollars into building that arena (Chase Center). But they've taken in all that personal seat license money, they've got the massive sponsorships and their debt-service commitment is large but not crippling at about $30 million a year.

But from what I know about Lacob, (Peter) Guber and Myers, I wonder if this might  be the exact time for the Warriors to spend even more, to flex their financial might once and for all in a way that could set themselves up for years to come. It could also burn up every sensible plan they've ever made, but hey, you've got to spend money to make money, right? And if hardly anybody else has enough money to spend to improve their rosters, isn't that when the Warriors' money would be even more significant?"

Whether or not the Warriors are financially-troubled, trading Klay in just the second year of his very hefty contract could be unwise. Thompson inked a fresh five-year, $189 max contract extension with the Warriors last summer. Moreover, the Dubs would want to try for another deep postseason run next year. They have newly-acquired small forward Andrew Wiggins as arguably their third-option scorer, and don’t forget that the Warriors also have a solid shot at landing the top overall selection in this year’s draft.