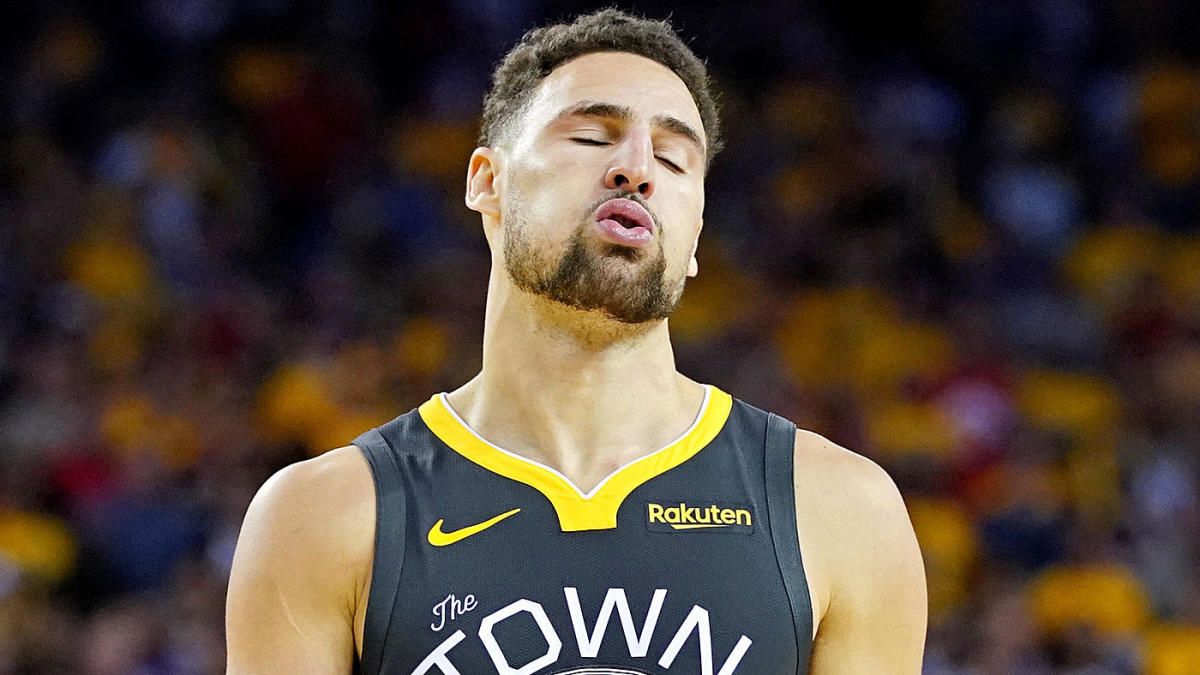 NBA Injury Report: Klay Thompson Could Be Out For The Whole Season

We may not see Klay Thompson shoot the lights out this season. The Warriors star shooting guard is still recovering from an ACL injury he sustained during the 2019 NBA Finals, and it may take him the entire 2019-20 season to be a hundred percent healthy. In an interview with the NBC Sports Bay Area, Warriors head coach Steve Kerr said that there’s a very high chance that Klay will not suit up this year.

"It's unlikely that he's going to play this year. So we have to understand that. You have to look at it realistically. I had an ACL [tear] in college, and I missed a whole  season. Generally, an ACL for a basketball player is a full year recovery, and if it's a full year for Klay, that puts them out for the season.

We've kind of left the door open in case the rehab goes perfectly and the doctors say he can go. But the reality is, on April 1, that's the nine-month mark. ... April versus nine months post-op for an ACL."

The 29-year old gunner just signed a five-year, $189 million contract with the Warriors this offseason. Of course, the Warriors front office knew that Thompson would be out for a long time and there might even be a chance that they already expected him to redshirt this season. Thompson is coming off his fifth straight All-Star season in which he averaged 21.5 points, 3.8 rebounds and 2.4 assists, including a solid 40% clip from three-point territory.

With the departure of Kevin Durant, a healthy Klay Thompson could have racked up the most productive season of his career this year. The Warriors acquired another scoring guard in D’Angelo Russell to cover for Klay’s absence, but the latter’s impact on both ends of the floor is just irreplaceable.

Despite this statement from Kerr, many people still believe that Thompson could make a return some time after the All-Star break. The Warriors are yet to release an exact timetable for his return, so even the team believes that there’s a slight chance that their superstar will don the blue-and-gold threads this season. However, Thompson himself has made it clear that he won’t make the grave mistake of rushing back from the injury, per Mark Medina of USA TODAY.

“I'm going to do what the team says, and I've done my due diligence on rehabs and ACL injuries, and the last thing you want to do is rush back, especially for a player  like me who wants to play until he's in his late 30s. I want to play at a high level until that point, too. As much as it kills me not to be on the court, patience is a virtue,  and rushing back would be not very smart.”

Another thing worth taking a look is how the Warriors will fare without Thompson. They may still have three All-Stars on their roster (Russell, Steph Curry, Draymond Green) but their usual key cogs are gone. They don’t have Shaun Livingston and Andre Iguodala anymore, and their new players expected to slot into those vacancies are still young and unproven. If the second half of the season comes and the Warriors are not in position to nab a playoff spot, there’s no sense in Klay making a return and risking another injury in the process.

The top catch of this year’s rookie draft has encountered a minor setback. Pelicans high-leaping rookie forward Zion Williamson has underwent a knee surgery to repair a torn meniscus he sustained. The Duke standout is expected to miss six to eight weeks, forcing him to sit out the Pelicans’ first two months of regular season basketball.

Despite the setback, Pelicans executive vice president of basketball operations David Griffin remains positive that Zion will come back as a better player, per the team’s official page on NBA.com.

“He had the surgery yesterday, which went very, very well. We’re extremely optimistic that he’s going to be really, really good coming out of this. I’m a firm believer that these things are blessings in disguise. You sort of reset the deck now, and he gets to realize what’s in front of him (in terms of recovery and how to proceed going  forward).”

This sudden injury is certainly disappointing for the young budding superstar. He stole the spotlight during the preseason as he displayed a stellar shooting efficiency not common to rookies getting their feet wet like him. Williamson’s ability to be efficient on offense and impactful on defense earned him a spot on the team’s starting line-up. With the arsenal that he brings to the table, people even expect the young, retooled Pelicans squad to book a playoff spot in the stacked Western Conference.

However, this injury at this early part of his career could bring forth some implications. Williamson has already endured a couple of knee injuries before this recent one, causing people to be concerned if these health issues are related to his body weight. Zion has a very bulky physique unusual for a 6-foot-7 player, yet he still boasts an elite vertical and the quickness to do anything he wants on the court.

In an interview with Andrew Lopez of the ESPN, Griffin shot down the speculations that Zion’s torn meniscus injury was caused by his weight.

"The notion that this happened because Zion is in poor condition is asinine. He wasn't in poor condition when he went 12 of 13 last week against Utah. That's not what it is. He's just a very unique body type and certainly from a physics perspective."

Still, Zion’s unique skill set is a generational talent that should help him overcome this setback. Most importantly, the Pelicans organization are taking a cautious approach to his recovery and aren’t keen on rushing him to return.

The Pistons may have struck gold in taking their chances on the 31-year old Rose. The former MVP is scorching hot in the Pistons’ first three games of the seasons, averaging 25.3 points and 5.0 rebounds while shooting a very high 65% clip from the field. But the most amazing part of this is that Rose is only playing 26.3 minutes per game, coming off the bench to lead the team’s second unit.

Pistons head coach Dwane Casey admitted that the team is indeed managing Rose’s minutes to keep him healthy throughout the season, per Rod Beard of The Detroit News.

“With one guy out, we can keep it intact to try to make sure we keep the rotation — that’s important. I feel like we know what we’re doing with Derrick. We’re working on it and some is by trial-and-error.

I’m not going to sit here and ramp up and ruin a guy’s comeback career by getting excited and playing him 30 minutes and losing him for two or three games. We’re going to be disciplined with it and still try to win the game.”

With the team’s key cogs Blake Griffin and Reggie Jackson both nursing injuries, we might see Rose logging in more minutes moving forward especially if he continues his fine play. Aside from him and Jackson, the Pistons only have one other point guard in the 6-foot-1 Tim Frazier. Although Frazier has proven that he can be a steady playmaker on the floor, he is nowhere near the offensive threat that Rose is. The Pistons may continue having Rose off the bench but expect him to still close out games for the team.