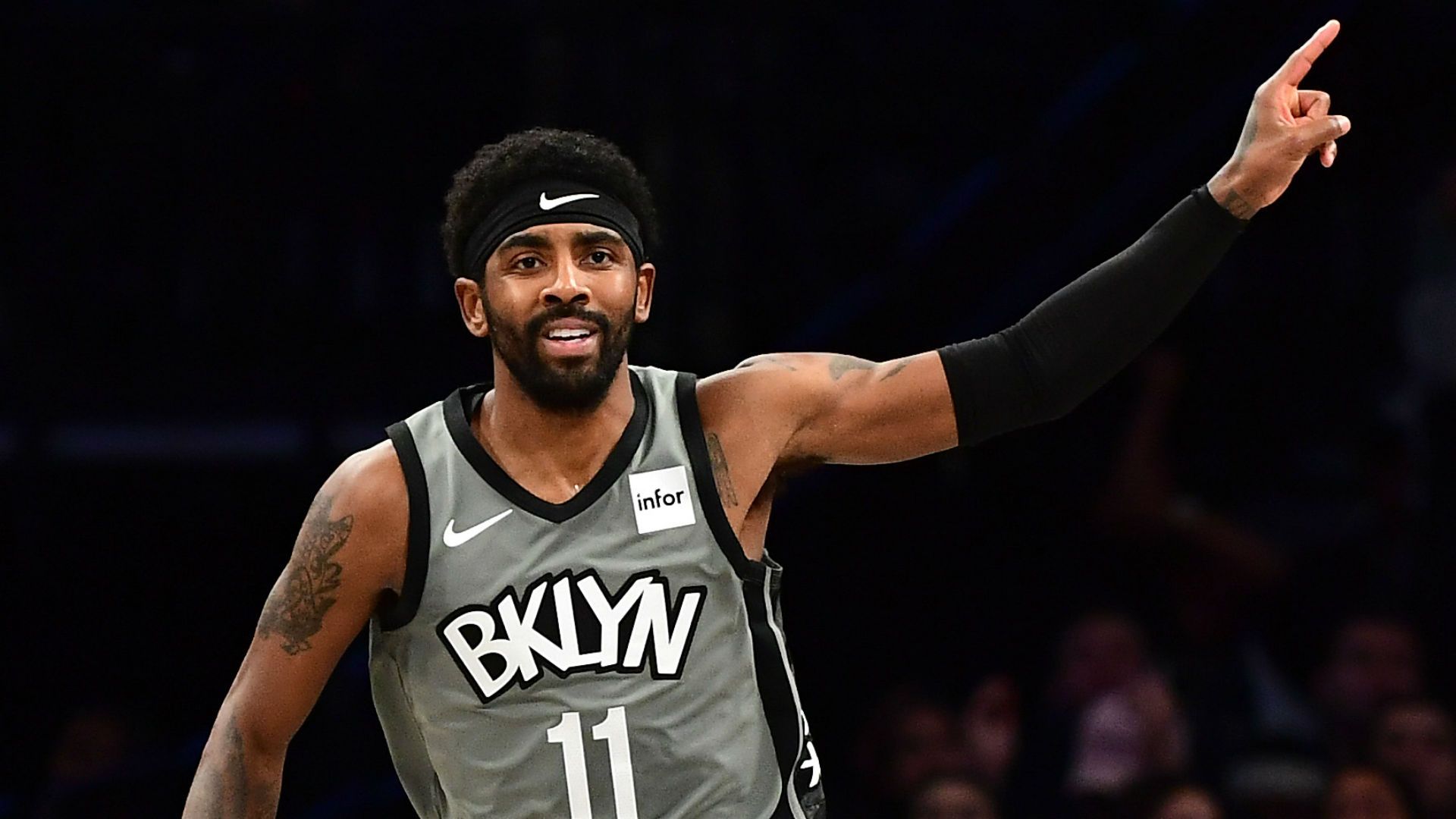 Kyrie Irving has finally broke his silence on the shoulder injury that has sidelined him for much of the past couple of months. The All-Star point guard last played in a November 14 loss against the Denver Nuggets where he only scored 17 points, while missing 12 of his 20 shots from the field. In a press conference last Saturday night at the Barclays Center media center, Irving expressed his deep remorse on his shoulder injury and even hinted out that there is a possibility that he needs to undergo an arthroscopic surgery.

Kyrie would also go on to say that it will take at least two more months to see how his body will respond to the cortisone shots before he and his camp will re-evaluate if he can already play or if he needs to go through the knife to repair his shoulder.

Indeed, this has been a disappointing turn of events for the 27-year old superstar guard. In his first game as a Brooklyn Net, Irving would torch the nets with a 50-point outing in a loss against the Minnesota Timberwolves. He would go on to average 28.5 points, 5.4 rebounds and 7.2 assists in the 11 games he played this season. All those numbers are already career-highs for the 6-foot-2 scoring point guard.

As for the exact date when he sustained the shoulder injury, Kyrie told the media that he started feeling pain in his shoulder after the team’s 10-point win over the New Orleans Pelicans. Irving scored 39 points that night – his second-best scoring output as a Net.

“Late at night after games sometimes, after practice, and got to that Pelicans game one wrong contest on a shot – I think somebody came and blocked it – and then after that game our (physical therapists) looked at it, they dug on it and I started wearing tape on that road trip. And that Denver game was the last game I played. After that it just progressively got worse.”

While this is definitely an unfortunate situation for the Nets, it’s still surprising that they have positioned themselves in the top half of the Eastern Conference at this point of the season. Irving’s new co-star Kevin Durant is still recovering from the Torn Achilles injury he sustained during the 2019 NBA Finals, while veteran swingman Wilson Chandler was suspended by the league for violating anti-drug policies. Young budding star Caris LeVert just made his comeback from a long layoff due to an injury that forced him to miss 24 games this season.

Irving credits his teammates for holding the fort well while he and Durant are out. He went on to say that once he returns, he will lead the team’s push for a deep playoff run.

“They’re doing their best and we’ve got to support them and it’s part of my job as one  of the leaders on the team to continue to do so. I’m nothing but proud of the guys for holding the fort down and I kept telling them, when I was injured, keep this boat afloat for as long as we can. When I’m back, then we make a push for the playoffs and we see where we go from there, but we’ve got to be realistic with that’s going on here.”

The Nets, under young but already impressive head coach Kenny Atkinson, are sporting a 16-18 record in the East. In the absence of their two superstars, back-up point guard Spencer Dinwiddie has thrived in the main man role. The combo guard is leading the team in scoring with 22.9 points per contest, on top of 3.0 rebounds and 6.3 assists. Veteran sharpshooter Joe Harris has also been a key cog for the Nets this season, as well as young athletic center Jarrett Allen, recently-acquired swingman Taurean Prince and another veteran forward in Garrett Temple.

Surprising as it seems, four-time All-Star center DeMarcus Cousins could still play for his new team this season. After being signed by the Lakers in the offseason, Cousins unfortunately tore his ACL during a workout in the summer. The timing couldn’t get any more frustrating as Cousins is coming off back-to-back years of being hounded with injuries.

Yet, Lakers head coach Frank Vogel provided a piece of good news regarding Cousins’ recovery from the Torn ACL injury. Vogel revealed that Cousins will begin light workouts as the possibility of playing this season is still on the table, as per Bill Oram of The Athletic.

“Vogel today: "He’s going to start working into a little bit of a light warmup stuff. But that’s just like light jogging and those types of things. He still has a long way to go." Said it's "still a possibility" he plays this season.”

After an unsuccessful Finals trip with the Golden State Warriors, Cousins agreed to a one-year, $2.6 million deal with the Lakers in the offseason. Arguably one of the most versatile big men we have in the league, Cousins normed 16.3 points, 8.2 rebounds, 3.6 assists, 1.3 steals and 1.5 blocks per contest for the Warriors. Even if that stat line is a dip compared to his previous seasons, it’s still an excellent display of basketball from a big man coming off a major injury.

The Cousins signing was obviously a ploy of the Lakers to pair him with newly-acquired superstar big man Anthony Davis. Davis and Cousins played together for the New Orleans Pelicans, but Cousins would be derailed by an injury that ended his stint in the Big Easy. With the Lakers bent on slotting Davis to his natural position at the power forward spot, Cousins versatility and post playmaking would make it easier for the two big men to co-exist on the frontcourt.

However, Cousins would go down yet again with the ACL injury, forcing the Lakers management to bring in a natural center in Dwight Howard. Howard has since thrived in his role as a back-up center to the starting JaVale McGee. With McGee and Howard already producing successful results for the team, it now remains to be seen how Vogel and the Lakers coaching staff will integrate Cousins to the rotation.

After sustaining a groin contusion in a collision with teammate Isaac Bonga during the Wizards’ December 16 game against the Detroit Pistons, rookie forward Rui Hachimura underwent a surgery to help his groin heal faster. The Wizards have now released a timetable for the re-evaluation of Hachimura’s recovery from the minor surgery, as per The Associated Press.

“Washington Wizards rookie forward Rui Hachimura will be re-evaluated in two weeks while he continues to recover from a minor procedure associated with a groin injury he sustained on Dec. 16 in Detroit.

Hachimura, the first player from Japan to be drafted in the first-round of the NBA draft, rejoined the team on the sidelines on Friday in the Wizards loss to Portland.”

The 6-foot-8 combo forward is averaging 13.9 points, 5.8 rebounds and 1.6 assists for the Wizards this season. The 21-year old Japanese cager has already earned the trust of Wizards head coach Scott Brooks as he has started in all of the 25 games he played this season.

While Hachimura has emphasized that he has sustained an injury like this that will force him to miss a significant amount of time, he also told the media that he is already ready to go back there on the court.

With star point guard John Wall still recovering from a major injury, the Wizards are again struggling to rack up wins this season. They are sporting a disappointing 11-24 record as their hopes for a playoff push continues to dim.