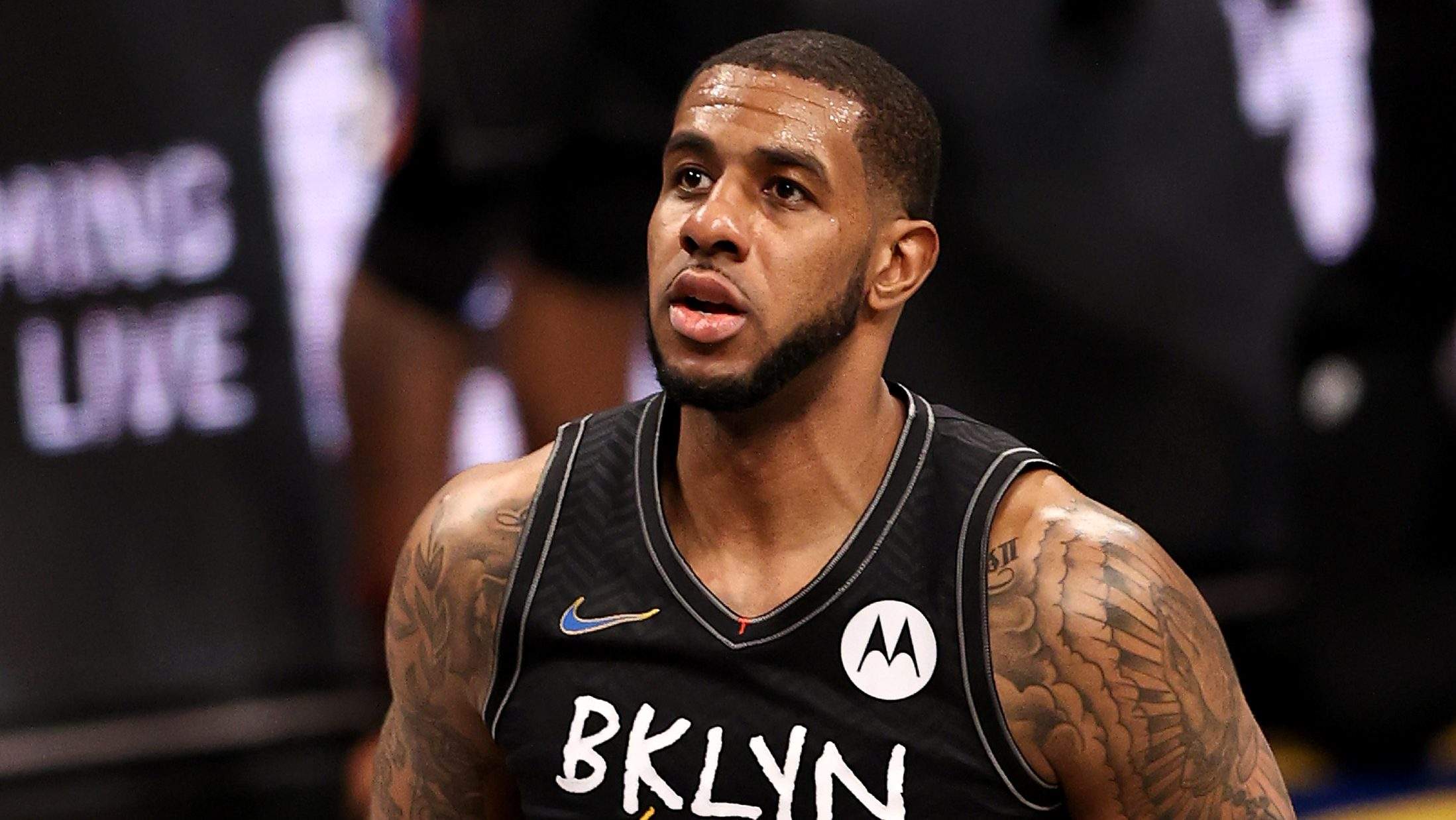 Aldridge comes out of retirement

Former All-Star scoring big man LaMarcus Aldridge is set to re-join the Brooklyn Nets next season. After announcing his retirement from the league five months ago, it has now become apparent that the 6-foot-11 combo big man has been cleared to continue playing next season.

Aldridge, who turned 36 years of age last July, put up a decent stat line of 12.8 points, 4.8 rebounds, 2.6 assists, 0.6 steals, and 2.2 blocks per game for the Nets last season. He logged in an average of 26.0 minutes, but only appeared in five contests for the Nets. He suited up for the San Antonio Spurs in the first half of the season, but he eventually reached a contract buyout agreement with the team, paving the way for him to enter the free agency market.

The Nets front office then scooped him up via the buyout market, adding him to a powerhouse roster that already included Kevin Durant, Kyrie Irving, James Harden, and Blake Griffin. In the five games that he played for his new team, Aldridge showed glimpses of what he can offer to the Nets. He can score the ball from almost anywhere, and he did a good job protecting the rim.

Unfortunately, Aldridge was diagnosed with a heart condition that initially deemed him unfit to play competitive basketball. The former All-Star big man announced his retirement thereafter, which was quite a huge disappointment considering that there is no doubt that he still has a lot to offer at this stage of his career. While it is true that he is not at his peak anymore, Aldridge’s ability to score at the post and his capability to shoot consistently from outside is a combination of skills that is very essential in today’s pace-and-space brand of basketball.

As per Alex Schiffer of The Athletic, he pointed out that Aldridge’s condition has been cleared by both the Nets doctors and independent specialists, paving the way for him to suit up for the team in the upcoming 2021-22 NBA season. This is indeed a very positive news not just for Aldridge, but for the whole team as they try to shore up their frontcourt and add more depth.

Brooklyn made quick work of filling Jordan’s roster spot, as the team  signed LaMarcus Aldridge to a one-year, $2.6 million contract. Aldridge played five games with the Nets this past season after reaching a  buyout agreement with San Antonio, but retired suddenly in April after experiencing heart problems in the middle of a game against the Lakers. Aldridge has dealt with heart problems his entire career and needed medical clearance before returning to the NBA. The 6-foot-11  center was cleared by the Nets doctors and independent specialists.

Aldridge has extensive ties to the Nets, having hosted his fellow     Longhorn, Durant, on an official visit to Texas in 2005. He was also teammates with Nets GM Sean Marks in Portland and was later coached by new Nets assistant David Vanterpool during his Blazers tenure. Aldridge also has numerous relationships throughout the Nets organization due to the multiple former Spurs staffers whom Marks has hired in Brooklyn. After losing James Harden and Irving to injury against the Bucks in the playoffs last season, the Nets’ lack of depth caught up with them as Durant alone wasn’t enough to carry Brooklyn against Milwaukee. Aldridge and Paul Millsap, who agreed to a deal on Thursday, are good insurance policies to bolster the Nets’ depth. Brooklyn’s bench is completely revamped going into next season, giving Steve Nash innumerable options for how to set his rotation.

Aldridge, who notched seven All-Star appearances throughout his long and illustrious NBA career, was also named to the 2006-07 All-Rookie team. His name was also included in the All-NBA team five times, a testament to how good of a player Aldridge is. He suited up for the Portland Trail Blazers for the first nine years of his career, then moved to the Spurs camp in 2015 and played there for a total of six seasons.

The sweet-shooting big man has compiled tremendous career averages of 19.4 points, 8.2 rebounds, 2.0 assists, 0.7 steals, and 1.1 blocks per contest. He has developed a credibility as a big man who can manufacture his shots in the post, while also having that ability to step outside and shoot consistently from mid-range. He has yet to really expand his game to the three-point line, but there is no doubt that he has the capacity to do so.

His arrival to the Nets last season was met with so much optimism, especially given what he can provide on the team’s frontcourt. The Nets, who gave up young and promising big man Jarrett Allen in that blockbuster deal that landed them Harden, was a bit thin on the frontcourt in terms of depth. They had two athletic big men in DeAndre Jordan and Nicolas Claxton, and an all-around combo big man in Blake Griffin.

However, the Nets did not have a big man who can shoot consistently from the outside and space the floor for the likes of Durant, Irving, and Harden. They acquired Aldridge to fulfill that role, and it is without a doubt that the former All-Star can do well in that position. However, his stint was cut short when he experienced that irregular, rapid heartbeat during a game against the Los Angeles Lakers in April. As per an exclusive interview with Shams Charania of The Athletic last June, Aldridge shared that he was battling depression and the fact that he had to leave a Nets squad whom he had a common goal with.

“I’ve been depressed, and I’m trying to figure out how to navigate through not competing on the floor, learning not to be depressed,” Aldridge told The Athletic. “I still love basketball. I still feel like I have a lot  to give. But even now, I’m still trying to find myself. When you go from doing something you love for so long and you lose it overnight, it’s a shock. Even though I knew it was the right decision, those next couple days there was a lot of back and forth with my family, my agent, with the Nets, and they definitely supported me either way. They were upfront and I thought they were great with (saying): ‘This is on you; we don’t know how you felt and how you feel, so we’re going to follow your lead.’ I thought that was awesome of them. I never felt any pressure to  come back or make a decision based on the season. It was always: We   fully understand what you’re going through, and so if this is what you  want to do, you have our support.

“It was tough because I felt I was at a location and with a team that embraced me. I embraced them. We all had a common goal and we had chips on our shoulder to prove something. It was bitter for me. I had  finally found the cohesiveness that I had wanted for a while in a group. And then all of a sudden I can’t play anymore. I felt if I stayed with the group, we definitely could get to the Finals and do something special. Those guys rooted for me just as much as I rooted for them. That’s what  makes the game fun; when you have a bunch of guys with no egos and everyone’s cheering for each other to do well.”