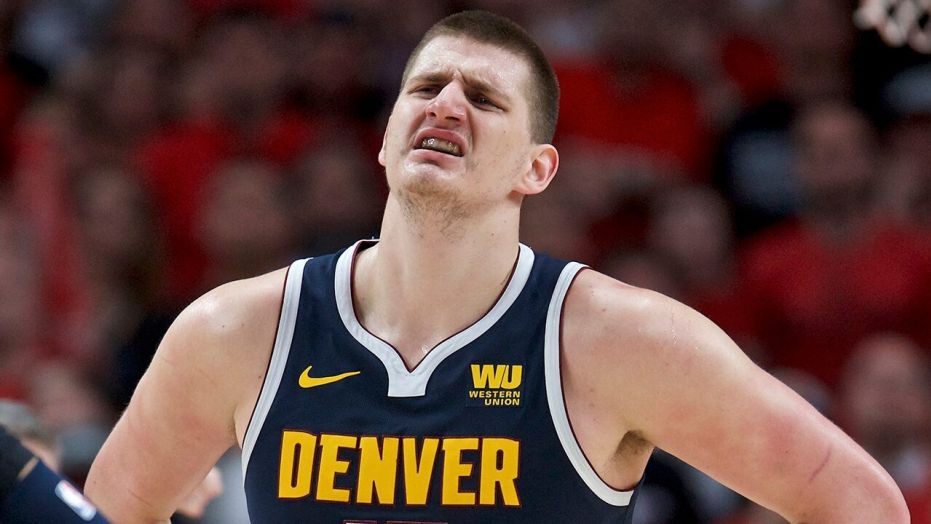 Still, this is not something to worry if you are a Nuggets fan. Wojnarowski and Windhorst mentioned that Jokic doesn’t show any symptoms, and should be cleared to go back to Denver after a couple of weeks of isolating himself through quarantine. It is also worth noting that Jokic was in Belgrade will fellow Serbian and tennis star Novak Djokovic, who also announced that he contracted the virus.

“Per league protocols, Jokic will need two negative tests within 24 hours in Serbia before he can receive clearance to travel. Once he arrives in Denver, he'll need to undergo a cardiac screening and test negative once for the virus.

Jokic has lost 40 pounds and transformed his body during the league's hiatus for the coronavirus pandemic. This season, Jokic has averaged 20.2 points, 10.2 rebounds and 6.9 assists. He spent time with tennis star Novak Djokovic, a Serbian countryman, at a recent event in Belgrade. Djokovic said Tuesday that he has also tested positive for the coronavirus.”

This development also comes a week after Nuggets head coach Michael Malone revealed that he tested positive for the virus last March. Malone has since long been cleared of the virus, but it is still an indicator of how widespread the virus can be especially in the Orlando bubble.

With that said, it’s still a relief that Jokic is doing fine and doesn’t have any symptoms. The two-time All-Star has been the talk within social media platforms as pictures of him obviously trimmed down surfaced. The Nuggets star was criticized for coming into last offseason’s training camp overweight and not basically in game shape.

As for Jokic’s health concerns due to the coronavirus, Kendra Andrews of The Athletic wrote that the only worry right now is the long-term effects. Up until now, the medical field is yet to determine specific long-term effects of the virus.

“While it might be jarring to hear that Jokic tested positive for COVID-19, he is just  one of multiple NBA players who have tested positive this week, as teams across the league have started mandatory testing. The league was expecting positive tests, and have implemented protocols for a number of situations they hope will allow them to get to Orlando safely.

That brings us to the second part of your question: monitoring long-term effects. This is something on the mind of league and team executives, and probably the players themselves. The NBA has been following the science and guidance reported by the CDC and infectious disease specialists since COVID-19 shut the sport down in March, and it’s expected that they continue to do so as they learn more about the virus. But that’s a fluid situation.”

As for the Nuggets squad, Jokic’s situation will remain a priority for them. With all-around numbers of 20.2 points, 10.2 rebounds, 6.9 assists and 1.2 steals per contest, the Serbian playmaking big man notched his second consecutive All-Star appearance. The Nuggets are currently sitting on the 3rdspot in the stacked Western Conference while sporting a record of 43 wins against 22 defeats.

Malcolm Brogdon, one of the players who are the forefront of the fight against social injustice, has tested positive for the coronavirus. Through the team’s official Twitter account, the Pacers star himself put up a statement regarding this development. (h/t NBA.com)

“I recently tested positive for the COVID virus and am currently in quarantine,” the statement read. “I’m doing well, feeling well and progressing well. I plan to join my teammates in Orlando for the resumption of the NBA season and playoffs.”

Brogdon, 27, is in his first year in Indiana after three years with the Milwaukee Bucks. In 48 games for the Pacers, the do-it-all point guard is norming averages of 16.3 points, 4.7 rebounds and 7.1 assists per contest. He has held down the fort in Victor Oladipo’s absence, and should be a valuable cornerstone of the Pacers franchise moving forward.

Brogdon is also coming off a left torn hip injury that forced him to miss out on Indy’s last three games before the NBA suspended the season due to the global pandemic. The good news is that the former Rookie of the Year is already well past that injury. Team president of basketball operations Kevin Pritchard reiterated a couple of months ago that Brogdon is already a hundred percent cleared from that setback.

The fourth-year standout has also been a strong voice against the social injustice issues that are currently enveloping the country. There are players like Brooklyn Nets star Kyrie Irving and Los Angeles Lakers veteran Dwight Howard who have expressed their concerns against the timing of the league’s season resumption.

But as for Brogdon, he reiterated that the players could actually have a bigger platform when they play in Orlando. In an appearance on The JJ Redick Podcast, the Pacers guard pointed out to the fact that millions of people around the world will be watching them play in the Orlando bubble.

"Everybody going to be watching us. We have all the cameras. There are no other  sports on. Everybody wants us to play right now, and that means everybody's going to be watching. There's only 22 teams that are going to be there. And as you go, if your team advances to the second or third round of the playoffs, the attention on you and your platform ... it actually grows the [longer] you stay in Orlando. So that's definitely a perspective I want guys to think about and understand before they make a decision."

Brogdon’s Pacers are currently holding on to the 5th spot in the Eastern Conference as they own the advantage of a tiebreaker with the Philadelphia 76ers. There are reports saying that Oladipo is still hesitating on participating in the season resumption, a decision that could make or break the Pacers’ chances of going deep in the postseason.

High-flying swingman Derrick Jones Jr has become the first Heat player to contract the coronavirus. In a report jointly written by Barry Jackson and Anthony Chiang of the Miami Herald, it is mentioned that while Jones is the only Heat hooper to contract the virus, a team staff member has also tested positive for COVID-19.

“Jones, 23, has been asymptomatic and still expects to participate in the resumption of the 2019-20 NBA season at Disney’s ESPN Wide World of Sports Complex, according to a source familiar with the situation. He was tested Tuesday, when mandatory COVID-19 testing for NBA players and staff began to be issued on a regular basis.

The 23-year old combo forward has been of great value for the Heat this season. His versatility on the defensive end has greatly contributed to the team’s success. Jones is also averaging career-highs of 8.9 points, 4.2 rebounds, 1.1 assists and 1.1 steals per game this season.

Now, it remains to be seen if Jones will still join the Heat in Orlando. There’s no doubt that he will be ready by then, but more and more players have opted out of the restart due to concerns about injury risks. Washington Wizards big man Davis Bertans, an impending free agent, already decided to sit out the rest of the season.

Similarly, Jones will also enter unrestricted free agency this season. His versatility and impact on both ends of the floor should gain him tons of interest from other teams. Despite this fact, Jackson and Chiang emphasized that Jones is still bent on participating in the season resumption.

“Jones, an impending unrestricted free agent who is on the verge of the first sizable contract of his NBA career, has not wavered in his intention to participate in the restart despite what’s perceived by some as a heightened injury risk because of the unique circumstances following a four-month break from game action. But the positive COVID-19 test would allow Jones to opt out of the restart and still be paid  the remainder of his 2019-20 salary.”

Miami is sitting on the fourth seed in the East, and will have one of the toughest schedules in the season resumption at Orlando. With Jae Crowder and Andre Iguodala taking on minutes with the team, it is intriguing to know how Heat head coach Erik Spoelstra will integrate Jones in the rotation.