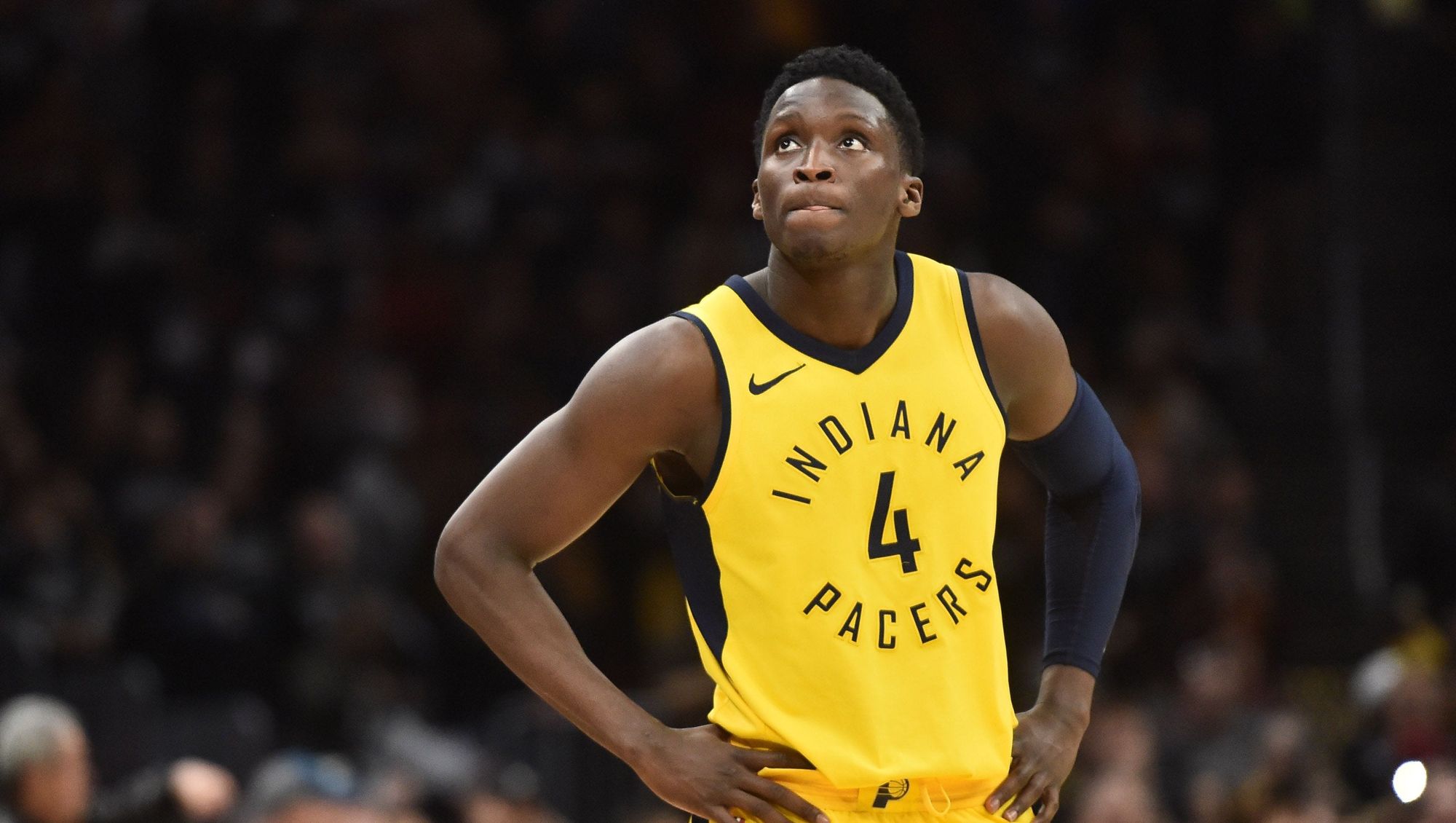 Despite not producing his usual All-Star worthy numbers, Oladipo’s presence on both ends of the floor is still irreplaceable for the Pacers right now. The two-time All-Star is norming decent numbers of 13.8 points, 3.2 rebounds and 3.0 assists per game, although his shooting percentages have gone down in terms of efficiency.

Of course, one has to give Oladipo the benefit of the doubt. He has played in only 13 games since the year-long injury layoff he took. Oladipo is a skilful player, but his elite athleticism on both offense and defense was one of the best before he sustained that major leg injury last year. After a year of rehabilitation, it’s perfectly understandable that Oladipo has lost a significant amount of his athleticism.

Having said that, the Pacers star guard is still evaluating all his options before he decides on playing in the season resumption at Orlando. ESPN’s Adrian Wojnarowski reported that while Oladipo is itching to compete out there, he is still assessing if he can return to a hundred percent form in time for the season resumption next month.

“All-Star guard Victor Oladipo plans to ramp up activity with the Indiana    Pacers starting next week and evaluate his repaired torn quad tendon prior to making a final commitment to playing in the season's restart in Orlando, he told ESPN on Saturday.

Oladipo, 28, is hopeful to return to play with the Pacers, but wants to limit the risk of significant injury after returning in January from a full year of rehabilitating the torn right quad tendon.

"I feel a whole lot better," Oladipo told ESPN. "I know there's risk going into it with the unique situation that I'm in -- being off so long and trying to ramp it up that fast. I've just got to be smart, that's all."”

With this plan in mind, Wojnarowski also mentioned that the Pacers will not cross out Oladipo’s name off the roster until he and the team’s medical staff deem it necessary for him not to risk it and just sit out the rest of the season. Doing so would definitely be a huge disadvantage for the team, but a player’s health should always be the priority.

But should Oladipo decide not to risk his long-term health, the Pacers can sign a replacement player to fill in for their star’s roster spot. With scorer Jeremy Lamb also sidelined with a major injury, it is expected that the Pacers would bring in a perimeter player who can create shots for himself and make plays for his teammates.

Veteran gunner Jamal Crawford is still without a team this season, but he is eligible to be signed as he had an NBA contract last year. With Malcolm Brogdon manning the starting point guard position, Crawford could be the team’s scoring punch off the bench. Other available free agent scorers that come to mind are JR Smith, Nick Young and Joe Johnson.

Still, it would be exciting to see Oladipo compete in the playoffs again. If he decides to sit out, this would be the second straight year that the Pacers will be in the postseason without their main star. Oladipo still has plenty of things to prove and he said that people out there still don’t respect his game, as per Michael Lee of The Athletic.

“At the end of the day, I wanted my name to be mentioned with one of the greats. So, when this quad injury happened, my job is not over. My legacy isn’t finished. This knee is a little bump in the road, I guess you would say. But someone once told me a long time ago, ‘If the road you’re on is easy, then you’re on the wrong road.’ So I hate calling it a ‘bump in a road.’

Me, personally, I feel they don’t really respect me. And that’s fine. I get it. It was only one year or a year and a few months, or whatever the case may be. And I still got a lot to prove. I want the whole world to remember my name. That’s why I do what I do.And that’s why I’m going to come back stronger than ever because I still have some unfinished business. And I still got a lot of things that I need to accomplish and want to accomplish — so my name can ring bells.”

With a decent record of 39 wins against 26 losses, the Pacers are currently positioned at the 5th spot in the Eastern Conference. They would have faced the Miami Heat if the playoffs started today, an exciting match-up to watch considering how heated the Jimmy Butler-TJ Warren scuffle was in their last game.

Even if Oladipo sits out, Indiana can still rely on the able shoulders of first-time All-Star Domantas Sabonis. Myles Turner has also become one of the best interior defenders we have in the league today, and the continuous growth of sophomore point guard Aaron Holiday has also been a wonderful thing to watch.