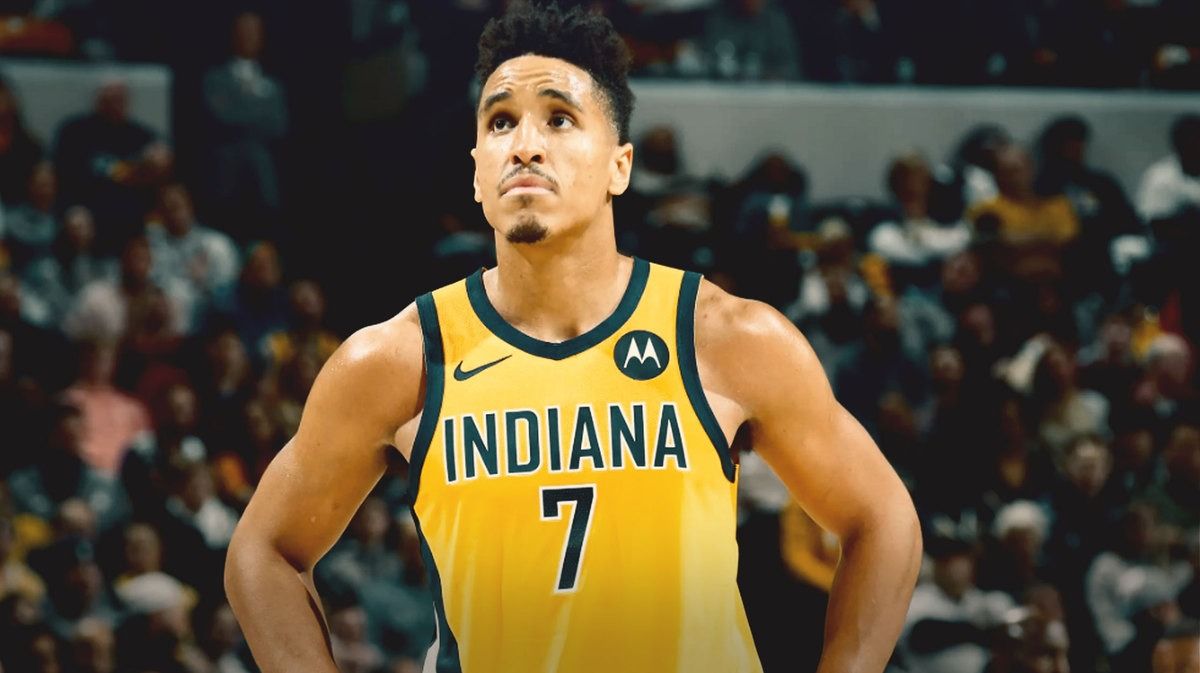 Brogdon’s ascent to a primary ball-handler with the Pacers has proved to be of essence, especially considering that starting point guard Darren Collison announced his retirement last summer. Although Collison has been turning the switch on and off in terms of coming back to the NBA, chances are he won’t be returning to Indiana. Moreover, Victor Oladipo is still struggling to get into form after spending a year recovering from a major injury he suffered last season.

So, acquiring Brogdon was a very smart move for the Pacers front office. Brogdon gave them size on the backcourt, and the excellent two-way ability to go with it. However, it has also been an injury-riddled year for the former Rookie of the Year. He had multiple bouts with back spasms, a hamstring injury, and has been in recovery bay since the first week of March due to a left hip injury.

But good news, Pacers fans, as your starting point guard is now fully healthy and ready to go. In a video posted by the team on their official social media platforms, Brogdon says that he is already 100% recovered from the hip injury. (h/t Indianapolis Star’ J. Michael)

“Malcolm Brogdon is ready to go if the NBA season resumes. Saturday, the Indiana Pacers posted a video from their starting point guard on their social media accounts that he’s fully healed from a hip/thigh injury that kept him out the last three games before the hiatus because of COVID-19.

“I’m doing great. I’ve been doing as much as I can under this quarantine but I’m 100%,” Brogdon said in the video. “I’ve been on my Peleton bike and I’ve been running hills in my backyard.”’

Brogdon is norming all-around numbers of 16.3 points, 4.7 rebounds and 7.1 assists this season. The 27-year old stalwart is doing quite well in his first go-around as a primary playmaker, although his shooting efficiency has been a bit of a problem. His three-point shooting has went down to a measly 31% clip, a far cry from the spectacular 43% rate that he shot from deep last season. His overall field goal percentage has also drastically decreased from 51% a year ago to only 44% this year.

Brogdon’s shooting struggles could be the effect of the fact that he has become a primary focus of opposing teams’ defensive schemes. During the first three years of his career with the Milwaukee Bucks, he benefitted from the fact that Giannis Antetokoumpo was getting most of the attention of the defense, resulting to open triples from Brogdon and a more leeway for him to drive down the lane for a finish around the rim.

Still, Brogdon has done an excellent job quarterbacking the Pacers’ offense and providing a steady presence on both offense and defense. During an appearance on the SiriusXM NBA Radio, Pacers head coach Nate McMillan is adamant in his belief that the team’s starting backcourt duo of Brogdon and Oladipo can take on every counterpart they would be up against. (h/t Yiannis Bouranis of TalkBasket.net)

“Their combination is excellent, I love it. And they are not even in their primes. Very talented guards and capable of playing with and off the ball. The combination of these two guards, I will take them and put them up against anybody in the league.”

With Brogdon now fully healthy and Oladipo returning to his old deadly form, they should be the perfect complementary duo to big man Domantas Sabonis, who has nabbed his first career All-Star appearance this season. Should the NBA decides to resume the season and immediately move on to the playoffs, the 5th-ranked Pacers will be facing Jimmy Butler and the Miami Heat in the first round.

We haven’t seen the beauty of Durant’s smooth offense in the regular season, but there could be a possibility that he will return to the court if the league decides not to completely cancel the season. Durant has been out the whole season as he is still recovering from the major Achilles injury he sustained while playing for the Golden State Warriors in the 2019 NBA Finals.

To make matters worse, Durant also unfortunately contracted the coronavirus, forcing him to be in self-quarantine for weeks. Good thing is that the two-time Finals MVP is now free of the virus, along with the other Nets players who also tested positive. In a remote interview with Ian Eagle of YES We’re Here, Nets general manager Sean Marks said that he has been in constant communication with the players and coaches as they continue working towards their championship aspirations in the midst of this global pandemic.

“Me personally, I’m in touch with the players on an individual basis every couple of  days. I know Jacque and the coaching staff have sort of divyed it up and are doing the same thing —once a day, every couple of days. The performance team has really taken this to another level of creative heights via Zoom and FaceTime and so forth ... and the players have the option to join in when it fits their schedule. We’re just trying  to get our guys a little sense of normalcy and get them into some sort of rhythm but also have the understanding that their priority should be —and rightfully so— their health and their families’ health. We don’t want to take away any of that as well.”

Marks also talked about how the organization has been very hands-on in their search for a new head coach. They surprisingly fired Kenny Atkinson from the job, and promoted assistant coach Jacque Vaughn to an interim head coach role. But it is widely-believed that Vaugh will not stay there for long as the team will pursue a more experienced and proven coach to steer them to greater heights.

Marks would also talk about his two stars, and their respective rehabs. Aside from Durant, newly-acquired superstar guard Kyrie Irving has also went through a season-ending surgery to fix his injured shoulder. Marks emphasized that they are very much progressing towards a fully-healthy state, although the temporary closure of the HSS Training Center could hinder both stars from speeding along on their rehab. The coronavirus outbreak has forced the HSS to close.

“Speaking of both those guys, both are doing well. I think with them as well as our   entire group, there is a level of anxiety not knowing when are we going to return, what   will it look like when re return and so forth. Specifically with Kevin, this rehab and   return to practice was really looking great. He was on the floor again. A lot people  have seen that short little video that was posted and so forth. It was remarkable to see       the way he was progressing. Under this current situation with the circumstances.

I could almost make the argument that they set our guys back a little bit. Obviously HSS is closed and we can’t get into our practice facility. So it’s kind of put everything on hold but I think that’s okay. Again, I don’t want to force these guys or even put any type of prressure on them to return to play knowing they’re juggling their family life,their own health situations. I’ve talked to Ky multiple times. He seems to be doing very very well, rehabbing in his apartment in Brooklyn and between here and Jersey.So he’s doing well. I know both those guys are itching to get back but get back at 100  percent.”

Still, the optimistic belief around the league is that it will take at least three more months before it is deemed safe to hold the games. There might still be time for Durant and Irving to continue their rehab and be in a hundred percent shape when the NBA resumes the games. The Nets supporting cast have done a brilliant job holding down the fort without their two superstars. They are sitting on the seventh seed in the Eastern Conference, and will potentially face the defending champs Toronto Raptors in the first round of the playoffs.