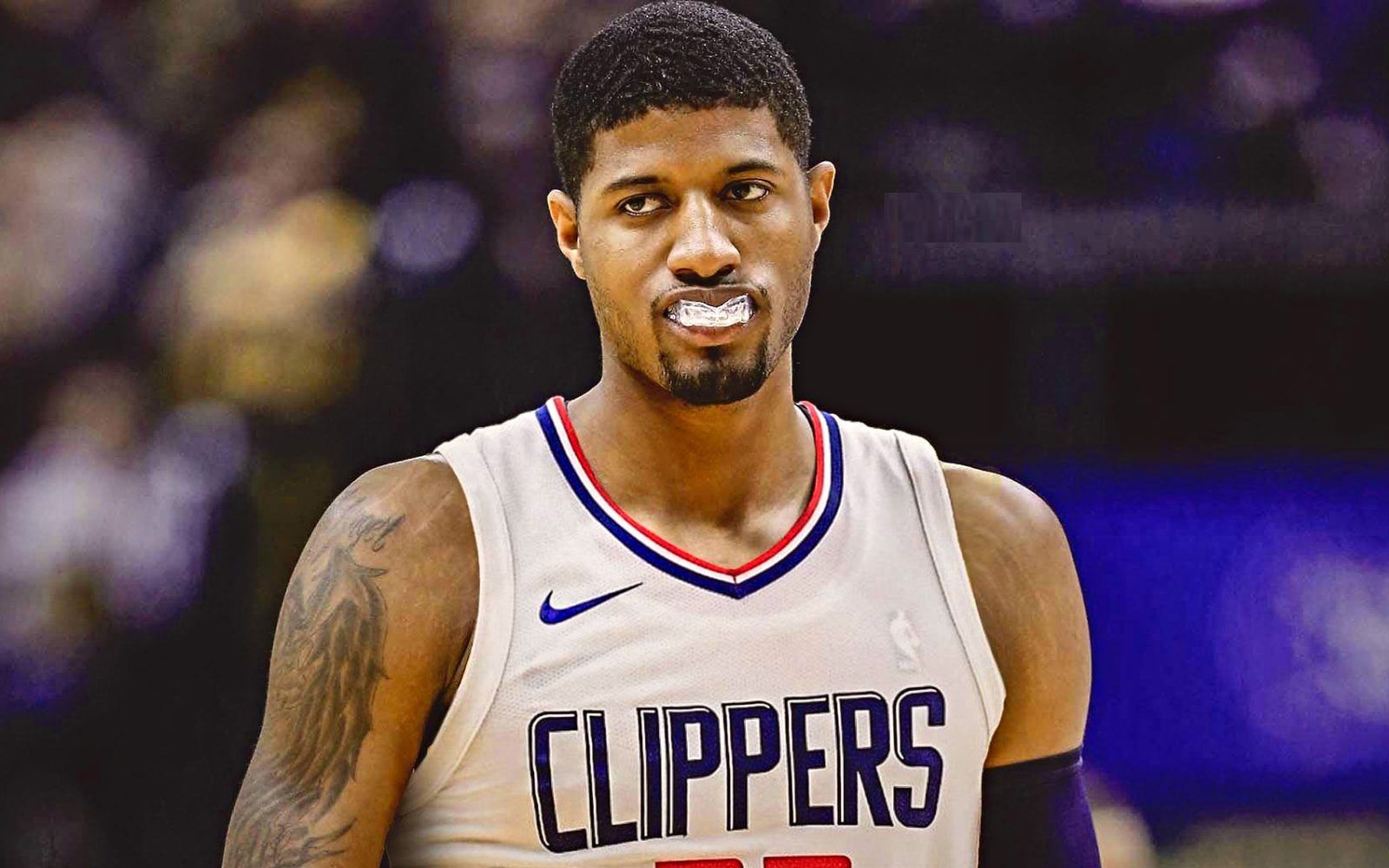 The injury bug keeps on biting for the Los Angeles Clippers. During a recent loss at the hands of the Boston Celtics, superstar forward Paul George has sustained another injury to his left hamstring. George only played 14 minutes before he exited the game at halftime to have his hamstring checked. While it is not something that would make George miss a lot of time, it is also the same hamstring that he has already hurt twice this season. It is definitely a cause of alarm, especially with how George has been battling injuries in his career.

George, who is norming averages of 21.7 points, 6.1 rebounds, 3.9 assists and 1.3 steals per contest, has already missed 21 games this season. Clippers head coach Doc Rivers told the media that he is becoming increasingly worried about the fact that George’s issues with his hamstring all season long, as per Ohm Youngmisuk of the ESPN.

"He just told me that he felt his hamstring again. He said it wasn't bad. I said you shouldn't have told me that. I don't think he wanted to come out. But once you tell me  your hamstring, you feel anything, we have an All-Star break coming up, it's a no- brainer for us.

I'm a little concerned about that one because that's the second time now, maybe third. Listen, I don't know what to do, but I know rest you have to do and we'll see."

It was a double knockout kind of night for the Clippers as they also sustained a double overtime loss that night. Aside from George, defensive specialist Patrick Beverley is mending a groin injury and also did not suit up during the Celtics game. Main star Kawhi Leonard has been shouldering most of the offensive workload, although the Clippers coaching and medical staff are still keen on having the two-time Finals MVP on the load management program.

As for George, it was indeed a wise move not to field him back after the halftime of that loss against Boston. It was just last month that George first hurt his left hamstring, then re-aggravated it six days after. With George and Leonard having issues in terms of their health, the Marcus Morris acquisition will definitely pay dividends for the Clippers. Morris’ productivity on offense and his underrated efforts on defense will be huge for a team whose stars are not available to play on a consistent basis. As per Andrew Grief of the Los Angeles Times, Rivers emphasized that the health concerns of Leonard and George pushed them to gauge the trade market for another scorer and had their sights set on Morris.

“We gave him the ball in pick-and-rolls, we gave him the ball in the post, we got him three-point shots; he’s a very versatile scorer. Especially on nights when you’re short-handed, without Kawhi and Pat [Beverley, who missed his second consecutive game], having another guy was big for us.”

While it is not expected that George will miss games after the All-Star break, we could anticipate the Clippers coaching staff to take every caution they can. It remains to be seen if the team places him on a strict load management program especially given the fact that the Clippers are jostling for home court advantage in the first round of the playoffs. With a 37-18 record, they are a full game behind Nikola Jokic and the 2nd-seeded Denver Nuggets and five games below LeBron James and the top-seeded Los Angeles Lakers.

Statistically and offensively the hottest player in the league right now, the Damian Lillard show will be taking a brief pause as the All-Star guard has sustained an injury. Chris Haynes of Yahoo Sports confirmed that Lillard’s MRI results showed a strain in his groin that will cost him one to two weeks of recovery. Dame, who is coming off a double-double performance of 20 points and 10 assists during a seven-point loss at the hands of the Memphis Grizzlies, was supposed to participate in the 3-point shootout contest and the All-Star game.

While it is indeed disappointing to miss out on participating in the All-Star Weekend festivities, Lillard emphasized that he does not want to risk hurting his groin even more, as per Jamie Hudson of NBC Sports Northwest. Aside from performing his music on stage during the Saturday’s events, Lillard will be watching from the sidelines as he recovers in time for the most important part of the Blazers’ season.

“I think we work so hard to be acknowledged for what we do. And this is like a reward that you don't get to participate in… I realize that my health is first and my priority is my team if I want to come back and try to give us a chance to make a playoff push, then I can't risk that by going out here and tweaking my groin a little bit more, making it worse than it is. Not only for this season, but going forward. I  had to make a business decision, I guess. Obviously, I can even feel it, I know it wouldn't be right to do from the standpoint of the future and the rest of the season it didn't make sense."

With that said, the five-time All-Star has to relinquish his spot on shooting contest and the All-Star game. He has recommended Phoenix Suns star Devin Booker to replace him on both of those aforementioned events, something that the NBA definitely paid attention to as they placed Booker on Lillard’s vacated spots.

Booker, who has been the Suns’ driving force since his sophomore year in 2016, is norming impressive numbers of 26.4 points, 4.2 rebounds and 6.3 assists this season. He was the most notable snub when the All-Star reserves were announced, especially with how efficient his shooting percentages are. So it did not come as a surprise that Lillard singled out Booker’s name to replace him on the All-Star game, something that the latter absolutely appreciated, as per Gina Mizell of The Athletic. Book also said that Lillard is one of his favourite players in the league.

“For him to reach out to me was unbelievable.

Going back to Lillard, his recovery from this groin injury will be instrumental for the Blazers. After surprising everyone when they reached the Western Conference Finals last season, the Blazers have careened downward this year. They are holding a disappointing 25-31 record, although they have been making huge strides as of late.

Lillard points out that the sense of urgency has to be overflowing within the team as they try to overtake the Grizzlies for the last playoff spot in the West.

“I think the urgency just has to be there. I think in our last 12, 13 games, we've played  with a mentality, an edge that we need to win games, and I think that's why we've won more games than we have been winning, especially against the better teams in   the league -- home and on the road.”

Lillard and the Blazers have lost their last two assignments. Luckily for them, they have all the time to rest and regroup before they host Zion Williamson and the New Orleans Pelicans on Friday.

After a two-week recovery from his ankle injury that forced him to sit out seven games, Mavericks star point guard Luka Doncic has returned to the court and didn’t show any kind of rust with his stellar performance. In his first game back from the injury, the Slovenian wonder immediately impressed with a massive stat line of 33 points, 12 rebounds and 8 assists, leading Dallas to an easy 19-point win over the Sacramento Kings.

Star big man Kristaps Porzingis, who also tallied monster numbers of 27 points, 13 boards, 5 dimes and 3 blocks in that Kings game, emphasized that his on-court chemistry with Luka is quickly developing, as per Tim MacMahon of the ESPN.

"Luka's done a great job communicating to me [about] where I wanna get the ball.  He's also getting used to playing with me and he's really starting to find me in those spots where I'm comfortable, that midrange area. And slowly these things are starting to click. I think as we keep working, playing together, it's going to get better and better and better."

As for Dallas fans, it was indeed a welcome sight to see Doncic play in a high level following his injury layoff. While this is not the first time that the 20-year old playmaking maestro has sustained an ankle injury, Luka admits that hurting it twice in a row is a new territory for him, as per Mavs.com. He points out that he isn’t trying to worry about it and that he is now at his 100% health.

I’ve sprained my ankle before, but not like two times in a row in that little time. That never happened before.”

As he is now fully recovered, Doncic will definitely play in the first All-Star game of his career. The 6-foot-7 star is producing superstar-caliber numbers of 28.9 points, 9.5 rebounds, 8.7 assists and 1.0 steals per game for the Mavericks this year.