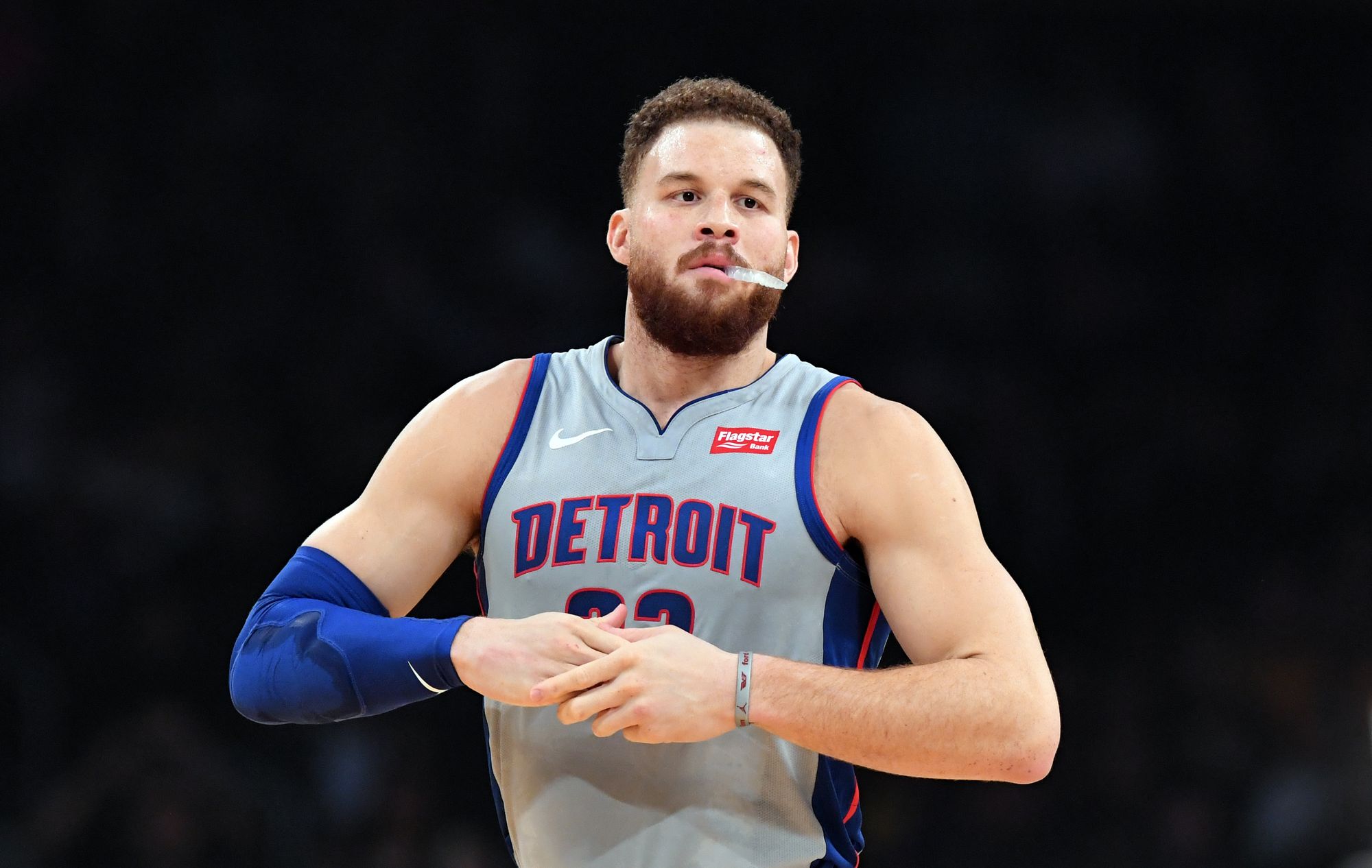 Blake Griffin has only played 18 games for the Pistons this season. It was again an injury-riddled year for the six-time All-Star that ended with a season-ending surgery to his bothersome left knee. In those 18 games he appeared for Detroit, Griffin put up career-lows all over the board. His 15.5 points and 4.7 rebounds averages are the lowest of his NBA career, and his 3.3 assists per game average is his lowest since his sophomore year.

It is indeed an unfortunate scenario not just for Griffin, but for the whole Pistons organization. They had high hopes when they landed the athletic power forward through a trade deal with the Los Angeles Clippers in the 2017-18 season. The team had Griffin and All-Star center Andre Drummond manning the frontcourt, so it was understandable why many people expected a lot from Detroit.

But consecutive injuries eventually robbed Griffin of his athleticism and overall impact to the game. Drummond’s limited range of offensive arsenal also made it more difficult for his partnership with Blake to work, and it was not long before rumors went out that the Pistons front office were considering breaking up their two big men. The team finally traded Drummond to the Cleveland Cavaliers before the trade deadline last February, signalling a change of direction for one of proudest organizations in the league.

With all those matters said, there is a piece of good news for the still-hopeful Pistons fans. Griffin has made it known that he is cleared to resume basketball activities, hinting that he is already fully-healthy. In an interview with Sage Steel of the ESPN’s “The Encore,” the former Slam Dunk champion emphasized that he has been “cleared for a while now.”

“I feel great. I have basically been cleared for a while now, I just have been stuck in my house. So, I’m ready to go whenever things pick back up. I’m just working out and trying to stay ready and stay sane.”

But then again, are the Pistons still excited to have him back on the line-up? Of course, they will still welcome him back. He and Derrick Rose may not be the stars as they were in the early part of this decade, but they can still put up the buckets when needed. However, Griffin is already 31 years old and it is no secret that his knees are already buckling down.

Yet, the Pistons have no choice but to make do with him unless they find a willing trade partner for Griffin’s hefty contract. He is set to earn $36 million next season, with a player option of $38 million in the summer of 2021. Griffin would be unwise not to opt into that final year as he won’t be able to garner that much money again at this stage of his career.

Rohan Nadkarni of Sports Illustrated detailed out multiple scenarios for Griffin and the Pistons, and how lurky the future is for their partnership.

“So what does that mean? Trading Griffin and his hefty salary, unless there’s a new  CBA (not impossible), seems unlikely given his injury history and how tight money is expected to be around the league. The Pistons will need to be comfortable handling Griffin while shifting the timeline of the organization. That’s easier said than done. Griffin was acquired with the intention to compete, and he’s not at an age at which he  can sustain a few years of rebuilding. Maybe Detroit still wants to stay competitive, but chasing high-priced vets when your star’s knees are aging seems ill-advised.

Griffin will have to be patient as the front office figures out the right path forward. He can opt out in 2021, though the market could still be bad for free agents then. For now, the Pistons and Griffin, a surprise pairing to begin with, seem stuck with each other even if their motivations are different.”

True enough, rebuilding will not be easy for the Pistons. No offense to their young budding big man Christian Wood, but the team doesn’t have a true young star-caliber player to build their future around. Luke Kennard and Sekou Doumbouya fit the mold of role players than alpha males. Moreover, the New York Knicks are also expressing their interest in Wood’s services, and it will be very difficult for the young center not to be enticed in what the Big Apple has to offer.

Unless Detroit lures a trade partner for the injury-prone Griffin (which would be close to impossible), then they have to figure out how they could use the veteran’s voice and experience to steer their rebuilding process.

Simmons, the Sixers’ 6-foot-10 point guard, was riding another All-Star season when an injury forced him to sit out nine of the team’s last 10 games. He also played only four minutes in that one game he played in that span before he asked to be subbed out and did not return to the game. It clearly was a mind-boggling series of events and the injury was later on reported to be a pinched nerve in his lower back.

The initial timetable for the young All-Star is a three-week recovery period. In a conference call held last week, Sixers general manager Elton Brand gave out an optimistic update on Simmons’ health status.

“I give Ben and our medical staff a ton of credit for their hard work throughout his  recovery. I give Ben so much credit for him working so hard throughout this unknown time. Fortunately, we’ve able to arrange for him to continue to get the treatment and rehab he needs during this hiatus. I’m very optimistic he’ll be able to play if and when we’re given that green light to resume.”

Simmons, 23, is norming all-around numbers of 16.7 points, 7.8 rebounds, 8.2 assists and 2.1 steals per contest in his third year in the league. His work on the defensive end is much more noticeable this year as head coach Brett Brown would often assign him to guard the team’s best perimeter player. Most importantly, many pundits have him placed in the candidacy for the Defensive Player of the Year award, an individual plum that Simmons had always set his sights upon.

Going back to the young star’s injury, it is a sigh of relief that it didn’t turn out to be a long-term setback. During a video call last Friday, Brown detailed out how scary the injury initially looked like as he emphasized that Simmons was “vomiting primarily because of pain.” (h/t Noah Levick of NBC Sports Philadelphia)

“For those of you who remember in Milwaukee … for me that was as disturbing a memory as it relates to a player that I can think of. He’s lying on his back, he’s vomiting primarily because of pain. Trying to get him back on the plane and build him back up to some level of health where he can play basketball again with us. That timeline was always an interesting one. As the head coach, you ask the question:‘What do you think?’ His health obviously rules the day. The effort that he has put in, getting [from] where he was, and the significance — he hurt his back in a real way — the effort that he has put in under the restrictions that are all on top of us.

He is to be praised and applauded in a real way, a significant way. The         professionalism and discipline that he has shown, having that pass to get into the facility … he’s teed off on that. He’s been outstanding. It could be a little bit of the silver lining of this pandemic, just the fact that you actually have the chance to get somebody like Ben, as important as Ben is, back into our team.”

The lefty playmaker should be healthy enough to come back to the active line-up when the NBA decides to resume the season probably a couple of months from now. Simmons is the key cog that keeps the team running on both ends of the floor, and his elite versatility certainly will be needed by the Sixers if they want to make a deeper postseason run.