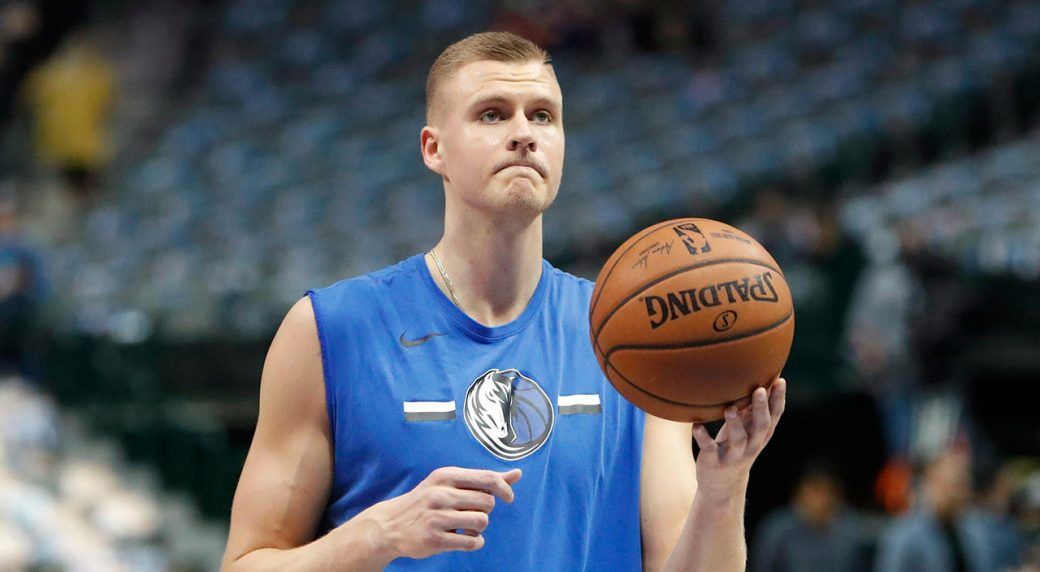 The long-awaited return of a young budding star is finally just around the corner. Dallas Mavericks newly-acquired big man Kristaps Porzingis is finally healthy after a long layoff, even saying that he is now 100% ready to play, per ESPN’s Tim MacMahon.

"I feel great physically. I feel 100%. I feel probably better than I ever have in my life.

It's been a long time since I've been out, but I've been putting in work throughout this rehab process. I'm extremely excited to be back on the court and to remind everybody what I'm capable of doing."

After tearing his ACL while playing for the Knicks the season prior, Porzingis redshirted the entirety of the 2018-19 season. It was a whirlwind of a year that saw him being shipped from New York to Dallas. Once considered as the Knicks’ young cornerstone and a franchise player who will bring back New York to the elites of NBA basketball, Porzingis will now team up with Mavericks stellar playmaker Luka Doncic. Both players have great outside-inside games, and Luka’s tremendous passing ability should definitely complement Kristaps’ offensive skill set.

In an interview with Stefan Stevenson of the Fort Worth Star-Telegram, Mavericks head coach Rick Carlisle emphasizes how he is already looking forward to fielding the deadly Doncic-Porzingis duo this upcoming season.

“They both have a tremendously high level of skill. They complement each other well because Luka’s great with the ball. KP, he can screen and roll, he can screen and pop, he can slip screens and catch and shoot, he shoots from long range, he drives the ball. Both of these guys can create problems on their own. When you get them together, we feel like they can create some even bigger problems for opponents.”

If the partnership between Doncic and Porzingis turns out very good, the Mavericks should have a shot at making the playoffs in the stacked Western Conference. They have solid perimeter players in Courtney Lee, Tim Hardaway Jr and Seth Curry to surround their two stars. The signing of big man Boban Marjanovic should also give them an intimidating presence on both offense and defense.

Pictures and videos of Porzingis’ offseason workouts also showed how the Latvian stretch center has added muscle and weight to his tall physique. MacMahon wrote that Porzingis is now weighing 242 pounds, a personal high for the 24-year old. His added mass should give him a much-improved strength in backing down at the post or defending bigger centers like Denver Nuggets’ Nikola Jokic or Philadelphia 76ers’ Joel Embiid.

In the three seasons he played for the Knicks, Porzingis racked up career averages of 17.8 points, 7.1 rebounds, 1.3 assists and 2.0 blocks per contest. Dubbed as “The Unicorn” for his ability to do a bit of everything on both ends of the court, Porzingis has shot a decent 36% clip from three-point territory and an outstanding 89% from the free throw line.

Jusuf Nurkic, the Blazers’ starting center for the past couple of seasons, is moving ahead of his rehab and recovery schedule. The Bosnian big man suffered a horrible leg injury during a regular season game against the Brooklyn Nets, forcing him to miss the Blazers’ deep postseason run. Still, Nurkic says that the injury is just one setback in his job to represent the city of Portland, per Joe Freeman of The Oregonian.

“It was hard. But it was definitely not a struggle. I don’t feel that way. Struggle is out there on the street, surviving. I look at myself and I have pretty much everything in my life. Whatever I ask for, God give it to me. My injury is just one setback in my job. Injury is part of the sport, so it’s part of the job. I was glad … as bad as it (looked), to kind of get away with the bone broken. It’s going to heal back and I’ll be good.”

Indeed, the injury and the timing of it were very hard for him and the whole Blazers team. Nurkic was having a career season at that time, logging in double-double averages of 15.6 points, 10.4 rebounds, 3.2 assists, 1.0 steals and 1.4 blocks per contest. During that fateful, disappointing night that ended his season, Nurkic was already producing a stellar stat line of 32 points, 16 boards, 5 assists, 2 steals and 4 blocks before he sustained the injury.

Blazers president of basketball operations Neil Olshey told Freeman Nurkic has maintained a great and positive attitude throughout the difficult process and that the team’s training staff are ready to increase Nurkic’s training load.

“We had someone with him, basically, constantly. He did a great job. He stayed with us through the middle of July and then we had guys with him right up until Labor Day doing rehab with him. He’s in great shape. His weight is terrific. It’s right where we’d want him to be if he were playing. Now it’s just a matter of increasing his load and hitting all these thresholds and making sure we don’t accelerate things and end up having a setback. That’s the key.”

There’s no real timetable for Nurkic’s return just yet, but it is highly expected that he will be lacing it up this season. For the meantime, the Blazers front office have brought in quality big men to make up for the absence of Nurkic. Third-year young center Zach Collins is primed to log in more playing time, while the presence of recently-signed veteran big men Pau Gasol and Hassan Whiteside will inject defensive prowess and overall experience to the team’s frontline.

Portland also acquired more quality vets in Kent Bazemore and Anthony Tolliver, while adding a high-upside young wing in Mario Hezonja. Blazers head coach Terry Stotts is confident that this current roster is the deepest team they have in recent years, per Kevin Pelton of the ESPN.

"I think it's the deepest team we've had since I've been here. There's obviously some versatility, playmaking, we have good size. There's a lot to like about the roster, and certainly having the carryover of Dame and CJ, it starts with that; but the guys that we brought in I think really fit with how we want to play at both ends. There's a lot to  like.

We had a really good year last year. I think we have a chance to be a better team this year."

Still, the Blazers’ fate lies in the hands of star players Damian Lillard and CJ McCollum. Health will also be the major X-Factor for the team. As of present press time, Nurkic, Collins, Whiteside, and Gasol are officially listed on the team’s injury report. That leaves young stretch big Skal Labissiere as only one really capable to man the center position for the Blazers.

Anthony Slater of The Athletic reported that Willey Cauley-Stein will be missing training camp after suffering a strain on his left foot. The fifth-year center was signed by the Warriors this summer, and is expected to garner a starting role for the team.

Cauley-Stein averaged a near-double-double stat line of 11.9 points, 8.4 rebounds and 2.4 assists last season for the Sacramento Kings. Acquiring the seven-footer was considered a major steal for the Warriors, considering that the team signed him to a bargain two-year, $4.4 million contract. Many pundits see this Warriors stint as a springboard for Cauley-Stein to earn major contract offers down the road.