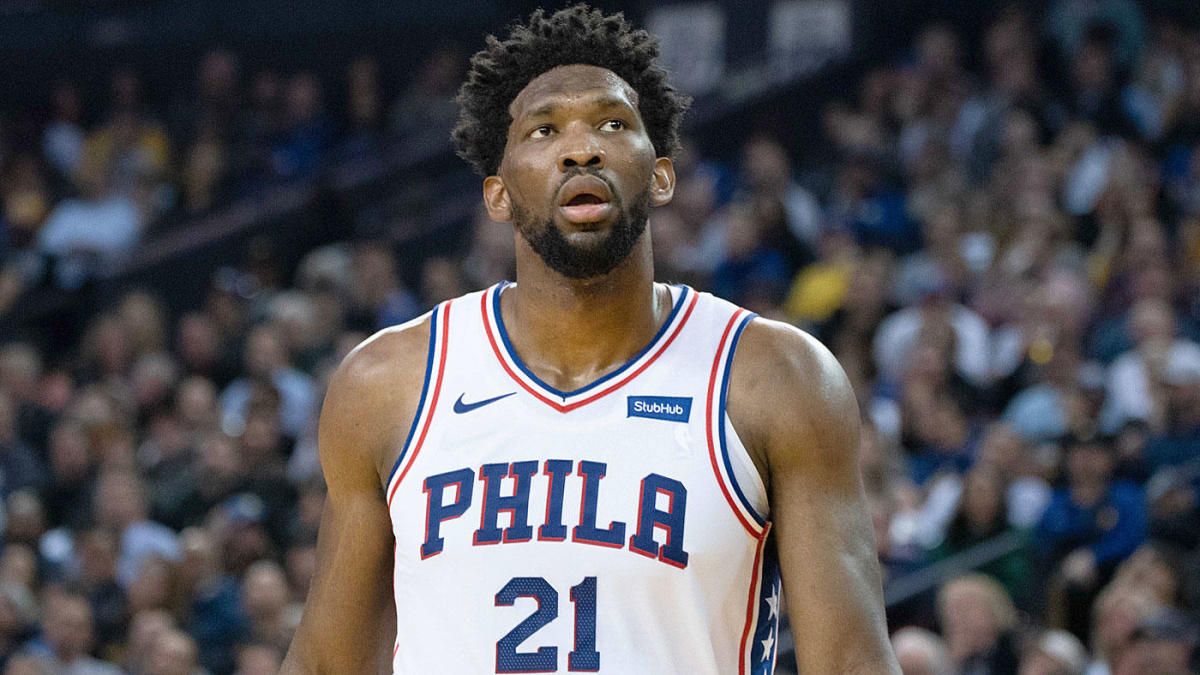 The Sixers will be embarking on a very important four-game West coast road trip without their two All-Stars. With star point forward Ben Simmons already sidelined with a lower back injury, the Sixers have been hit with another huge blow as Joel Embiid has sustained an injury on his left shoulder. The Cameroonian star big man collided with Cleveland Cavaliers center Ante Zizic during an upset loss last Wednesday.

Although this is a setback for the team’s pursuit of a home court advantage in the first round of the playoffs, they still got a bit fortunate as Embiid did not suffer any structural damage on his shoulder. As per ESPN’s Adrian Wojnarowski, it is just a sprained shoulder for the three-time All-Star and will be out for at least a week.

Sixers head coach Brett Brown expressed his relief when he got the reports saying that his superstar center did not sustain any major implications on his shoulder, as per the ESPN News Services.

"The fact that there is no structural damage we all hear loudly. Maybe it's a simple as that in some ways. Of course, it's as much from the personal standpoint as it is a selfish coach, he's looking forward to this run home, this final third, this responsibility, no Ben [Simmons] for how long we'll all figure out in time. To learn that from him and his perspective, from the team perspective that is exciting news."

Of course, there is nothing exciting coming from an injury but we have seen a lot of player collisions that result to a longer recovery period. However, the timing of Joel’s injury is as bad as it gets. Philly is already without Simmons, and losing Embiid could dampen their playoff position. With the Indiana Pacers currently riding a four-game winning streak, they have already overtaken the Sixers for the 5th seed in the Easern Conference.

The timing is also off in terms of how well Embiid is performing as of late. With Simmons out, Embiid has found his groove and dominance on the offensive end. Prior to the Cavaliers game, he amassed a career-best night that saw him put up 49 points, 14 rebounds, 3 assists and 3 steals. His individual brilliance that night was a testament on how good he really is as a scorer, and it is just a matter of imposing his presence each and every night.

To make matters worse for the team, it also appears that Josh Richardson will also be out for a while. The former Miami Heat cager collided with a teammate that left him with a daze on the ground, resulting to a concussion. The team already announced that the combo guard will not play when they face the Los Angeles Lakers on Tuesday.

Without Richardson and their two stars, the Sixers have to rely on the all-around leadership of veteran big man Al Horford, the scoring brilliance of combo forward Tobias Harris, and contributions from the likes of Shake Milton, Alec Burks, Glenn Robinson III and Furkan Korkmaz. With all these injuries and the arrival of Burks and Robinson at the trade deadline, Brown has been going back and forth with his rotation. Horford, who was recently relegated to the sixth man role, has now assumed the starting center spot with Embiid sidelined.

This confusion on the rotation resulted to Robinson going on the record, saying that he still does not understand what his role on the team is. But as per Jack McCaffery of the Delco Times, Brown emphasized that he already talked to his players after the All-Star Weekend.

“I did see that quote. That is not true. After the All-Star break, every single one of our players got a road map: This is your role; this is what we expect.

I get when you have a career year on a poor team and it's a contract year. In the  middle of all of it, he's good people. He's a good person and he's trying to figure out what his next step is while coexisting in a team framework.”

Indeed, tougher times await this short-handed Sixers squad. But the good thing to take away from all these is that it will give other players the opportunity to step up and perform. Milton already came up with a stellar career night of 39 points during a recent loss against the Clippers, and it is only a matter of time until another Philly hooper gets his own career night this season.

Where is Justise Winslow? That has been a question not just for Grizzlies fans, but for the whole basketball community as well. The lefty defensive stalwart only played 11 games this season for the Heat before getting traded to the Grizzlies in the Andre Iguodala deal. He has not played since January 8, as the Heat cited a back injury that has been a pressing health issue for Winslow the whole season.

In an interview with Sun-Sentinel’s Ira Winderman after being shipped to Memphis, Winslow announced that there is still no exact timetable for his return. He also expressed his regret on the fact that his tenure in Miami did not bear more team success in his almost five years of playing there.

“I’m not going to give any dates (for a possible return), I’m sorry. But it’s been an ongoing thing this season. That’s the bottom line. I’m sure the Miami Heat did everything that they thought was right to try to help me. Things didn’t work out. I’m here now. I wish I could tell you a date that I’m expected to be back, but there isn’t one.”

It is a shame for Winslow to have an injury-plagued campaign this season. He is coming off an outstanding all-around performance last year, averaging 12.6 points, 5.4 rebounds, 4.3 assists and 1.1 steals per contest. Before the season began, Heat head coach Erik Spoelstra was very excited to let the Heat fans know that the team will install Winslow as their new primary point guard. With the aging Goran Dragic assuming a sixth man role, Winslow was ready to take the reins of the starting playmaker spot.

But the former lottery pick in the 2015 NBA Draft flamed out this season because of his back injury. It is also reported that Winslow is yet to do on-court drills and training, indicating that he is still far off from being fully healthy.

Yet, this Grizzlies team will not pressure him to rush his recovery. After all, Winslow is only 24 years old and it is a sure thing that he will bounce back from this and return on his 100% form. With Winslow on board, the team now has an excellent young core that includes prized rookie point guard Ja Morant, sophomore big man Jaren Jackson Jr and the much-improved shooting guard Dillon Brooks.

But even though he is not yet cleared to come back, Omari Sankofa II of The Athletic reported that Winslow has already become a contributor to the Grizzlies’ push for a playoff ticket. Sankofa wrote that Winslow tipped Morant on how to get his coveted first triple-double stat line as a pro.

“So Justise Winslow gave Morant some advice to help him get his rebounds within  the flow of the game. The Wizards prioritized taking 3-pointers toward the end to try to generate offensive momentum. Winslow told Morant to stay near the top of the key so he could grab any long rebounds. His advice proved to be the difference. Morant’s ninth rebound came off a long Ish Smith step-back miss, and his 10th was grabbed with nine seconds remaining after a missed deep 3-point attempt by Davis Bertans.”

With a 30-31 record this season, the Grizzlies are still sitting on the last playoff spot in the Western Conference. Should this young, surprisingly good Memphis squad make the playoffs, we could expect Winslow to probably suit up and log in some quality minutes. Despite his young age, Winslow has seen his fair share of experience in the playoffs.