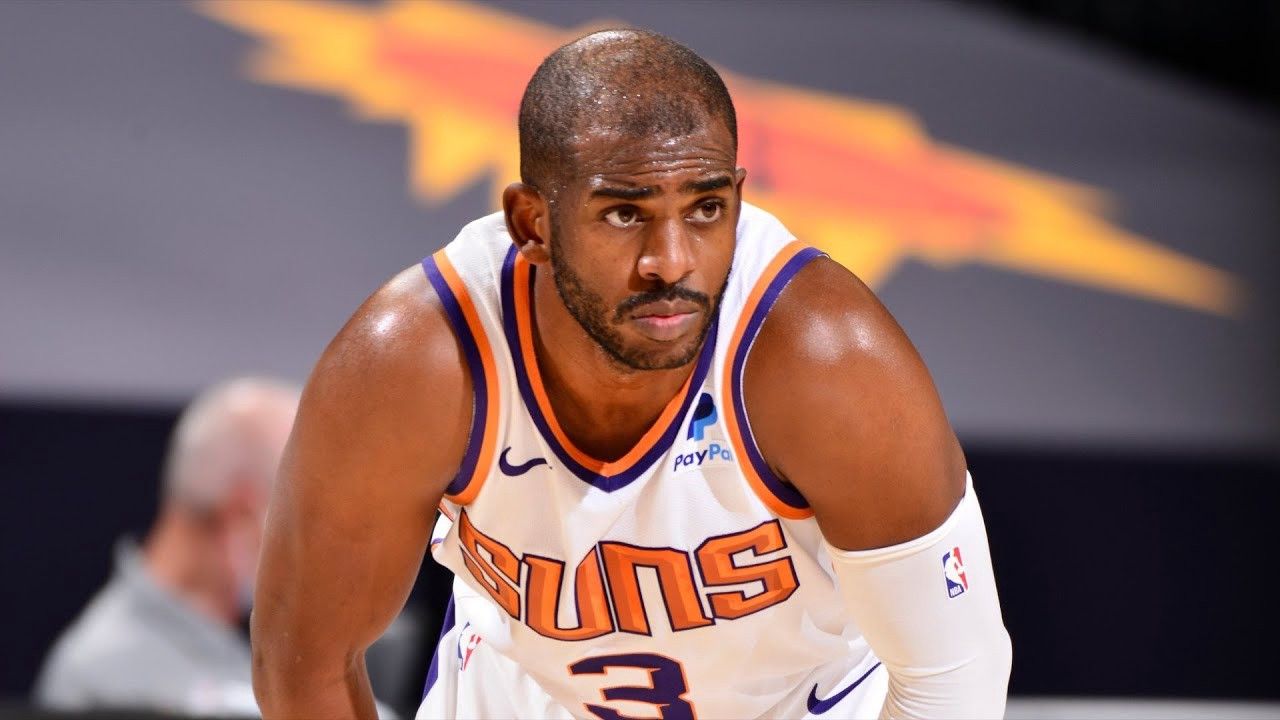 Chris Paul has had his share of unfortunate injuries in the playoffs, so when he appeared to suffer a shoulder injury in Game 1 of the Phoenix Suns’ match-up against the Los Angeles Lakers, everyone thought it was a deja vu all over again. Paul hit his head on the shoulder of teammate Cameron Johnson, and the pain apparently reverberated to the upper part of his shoulder.

Paul stayed on the floor for a long time, before he walked out of the court through his own capability. But the good thing is that he was able to return the game, helping the Suns take Game 1 with a morale-boosting win over LeBron James, Anthony Davis and the defending champs.

In the Suns’ 99-90 victory over the Lakers, Paul was able to put up a decent stat line of 7 points, 4 rebounds, 8 assists, 1 steal and 1 block. He was still able to log in 36 minutes in the win, while making three of his eight total shots from the field. The veteran playmaker also turned the ball over only once, another concrete testament to his efficiency as a point guard.

But it was also Paul’s resiliency and determination that stood out in the win. Suns head coach Monty Williams provided heaps of praises for his star point guard, saying that his return to the court certainly gave additional motivation to the whole team. As per David McMenamin of ESPN, Williams also pointed out that he thought that Paul gave everything he had in this very important ball game.

"I talked to him briefly just now and his words to me was he was OK and he would be OK moving forward," Suns head coach Monty Williams said after the game. "He was pretty sore when he came back, but him playing today gave us a lot of juice, a lot of energy. It was inspirational to watch him out there, give it his all on both sides of the floor.

Any time a guy lays it on the line physically like that after taking that kind of hit, it gives you juice," Williams said. "Then you think about every experience Chris has had, how many games he's played, everything he has accomplished. Nobody would've faulted him for not coming back, but when he did come back, we saw the emotion on his face and I thought that drove our guys. I got emotional just watching him battle tonight."

Paul is on his first year with the Suns this season. The All-Star point guard is currently putting up another all-around stat line of 16.4 points, 4.5 rebounds, 8.9 assists and 1.4 steals for the Suns this year. On top of that, his efficiency is again on full display and exhibit.

Paul, who turned 36 years of age earlier this month, is currently shooting an efficient set of shooting percentages. The veteran playmaker is producing a stellar 49% overall clip from the field, which is a great rate for a player who almost always takes his shots off the dribble. On top of that, Paul is also shooting a stellar 39% clip from the three-point line, along with a tremendous 93% clip from the free throw line, which is already the best percentage in the league this season.

The Suns have not made it to the playoffs for a decade now, but all it took to end the drought was to bring in an extraordinary point guard in Paul’s caliber. But of course, Paul is on another league of his own in terms of leading a team through his incredible court generalship and high basketball IQ.

As per Rob Mahoney of The Ringer, Paul provides all sorts of value to this very young and inexperienced Suns squad. Mahoney said last November 2020 that Paul will help unlock the true potential of young stars Devin Booker and Deandre Ayton, while also serving under head coach Monty Williams, who he already played for during their stint with the New Orleans Hornets.

Mahoney pointed out that the Paul acquisition was a developmental trade, and that has become very true now that the Suns has won their first game in the playoffs after a very long postseason drought. In short, Paul was the catalyst of the Suns’ high level of success this season, there is no doubting that fact.

In its own way, this is a developmental trade. Adding Paul to an already- promising Suns team will allow Booker and Ayton to explore their starring skill sets without the boring, administrative work of running a team. Working with Paul isn’t always a picnic, but it sure beats the alternative of Booker feeling he has to micromanage possessions just to get a clean look. A big like Ayton, who can already do a bit of everything, could find new clarity in working with a point guard as precise as Paul. Any Lob City–style bump in efficiency seems almost ancillary; the right  veteran can work as scaffolding around a young player while they build out the particulars of their game. Paul offers that level of support and structure while also clearing a path. The baseline competence of Rubio all but transformed the Suns. What happens when the same starting lineup that featured Rubio—the one that posted a plus-15.2 net rating while sweeping its eight seeding games in the bubble—swaps him out for a point guard who replicates all of his strengths but can actually shoot?

Phoenix was eager to find just that sort of player, which explains the urgency of Paul’s arrival. It’s a wonderful thing, to be needed. On the Thunder, Paul proved he could make even a flawed roster dangerous. His new team is more capable but less certain; the Suns are still figuring out how to leverage the balance of their roster for possessions at a time, much less games and playoff series. Paul will help those possessions find    their level—in fact, he’ll insist upon it.

But of course, this is not just Paul’s lone body of work. As a whole, the Suns have been a fun team to watch. They have tough-minded vets like Paul, Jae Crowder and Dario Saric, and their young talented core is also blossoming to real stars in this league.

Booker, who just logged in his first game in the playoffs, put up an all-around stat line of 34 points, 7 rebounds, 8 assists and 1 steal. He also normed a 50% clip from the field, and missed only one of his six trips to the free throw line. Ayton was no slouch either. The starting big man drained 10 of his 11 attempts from the field, and finished with a massive double-double outing of 21 points and 16 boards.

Booker and Ayton have always been good this early in their respective careers, but it is true that they needed a veteran to help them win. Of course, you can always go back to the fact that they went undefeated in last year’s bubble games at Orlando, but playing like a true championship contender for the whole year is no easy feat.

However, even though Paul did not score a lot in the first game against the Lakers, his presence sure helped confuse the defensive schemes of the defending champs. In a separate column written by Mahoney for The Ringer, he explained how the injured Paul still served as a major catalyst in the Suns’ incredible victory over the Lakers.

In the 26 minutes Paul played after his collision with Johnson, he committed just one turnover: that mishandle from his very first attempt to run the offense after his return to the floor. Even for a player who processes the game at an all-time level, that is an incredible feat—and likely the reason the Suns escaped Game 1 with a win. The Lakers had shown they wanted to double Booker from the start, long before the circumstances of the game made that the obvious play. Yet Paul still found ways to occupy defenders or, at the very least, pull them out near the logo or the hash mark just so his defender would have to take the longest possible route to pressuring Booker. It worked. Paul initiated enough action to keep the Lakers guessing as to how Booker would get the ball next, and held enough of the defense’s attention to be a factor. The idea of Paul had an outsized impact on the game, even when the player himself couldn’t.

In the early going, this series will be defined by the tension between the rate of the Lakers’ impending adjustments and Paul’s gradual return to form. Paul said he will “absolutely” be ready for Game 2; maybe, by then, he’ll be more or less himself. Either way, what worked in the heat of the moment Sunday won’t hold up under scrutiny.

Game 2 of the first-round playoff match-up between the Suns and the Lakers is scheduled on May 25, Tuesday. It remains to be seen how healthy and ready Paul would be in that contest, but his presence and leadership alone will be of utmost essence as the Suns try to go up 2-0 in the series.