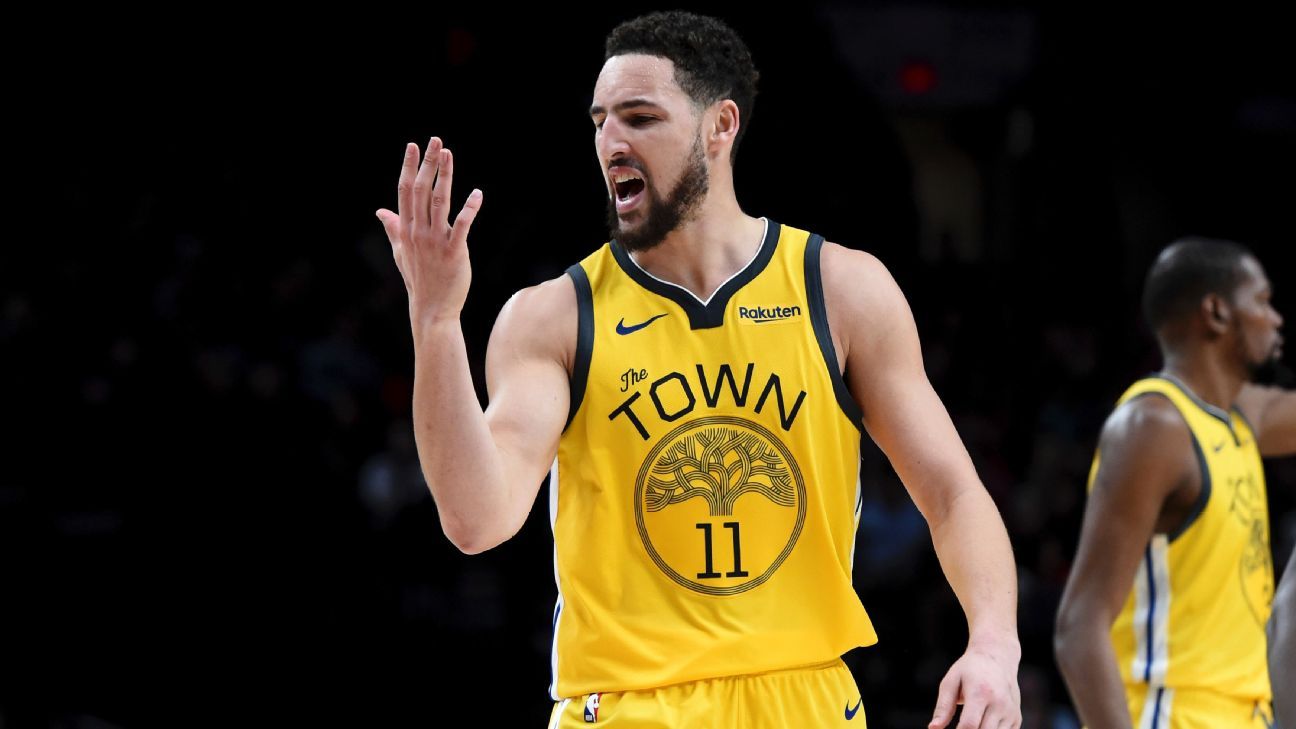 NBA Injury Report: Updates On Klay’s Rehab And Plans To Retire As A Warrior

With the games suspended and the NBA front office doing everything it can to resume the season after a few months, Warriors fans are wondering about a possible Klay Thompson comeback. Even though the Dubs are seated in the very bottom ground of the league with a lowly 15-50 record, there are still 17 games left on their schedule.

Of course, we still do not know if league commissioner Adam Silver will forego several regular season games to give way for an immediate start to the playoffs. Due to the coronavirus outbreak, the most optimistic target return of the NBA games will be on June or July. But with the number of Americans getting infected rapidly increasing high, along with the fact that nine NBA players who tested positive, we may be facing a longer period of hiatus.

While we should not talk about the positive takeaways from this global pandemic, there are tons of NBA superstars who can fully heal their respective major injuries and return when the games resume. There is ex-Warrior and now Brooklyn Net Kevin Durant (Achilles) and his teammate Kyrie Irving (shoulder), Washington Wizards All-Star point guard John Wall (Achilles), Portland Trail Blazers big man Jusuf Nurkic (leg), and Thompson (ACL). Of course, there are a lot more quality role players who are on the mend and this hiatus could be the way for them to help their teams in the last stretch to the postseason.

Going back to Klay, multiple reports have it that he is already doing tons of on-court drills. ACL injuries are very tough to recover from, given the fact that it is from the knees that players get their balance when shooting the ball. But the All-Star shooting guard is well on his way towards a full recovery. Anthony Slater of The Athletic posted a video of Klay participating in non-contact team drills last March 7, while noting that it is the first time that he has been involved in team drills.

Numerous reporters also tweeted out different videos of Klay working on shooting and dribbling skills, and it is worth noting that he is not wearing any brace or sleeve on his injured knee. That is a very promising development, and it may be that the Warriors coaching and medical staff are just taking a cautious approach in bringing Klay back to full-contact practices and scrimmages with his teammates.

Slate, in one of his columns, wrote that Klay does not want to rush his recovery. He and the Warriors organization know the extent of the injury, and the repercussions if they try to take shortcuts on his way to a much-awaited comeback.

“But the story is simple to follow: Before the ACL tear, Peterson was a vicious runner — always jump-cutting on those knees in traffic, bursting into contact, dragging 250- pound linebackers for extra yards. Nine months after the ACL tear, he returned the exact same runner, in both style and production, not easing back into form. Seven seasons later, at age 34, he’s still chugging.

That’s the gold standard of ACL recoveries. It’s why Thompson mentioned him. In     that same presser, Thompson also preached patience, saying he wouldn’t rush back    for quick glory at the medical risk of shortening his career, saying he wanted to play      deep into his 30s. But Thompson wouldn’t be the competitor he is if the Peterson possibility hadn’t flashed through his mind: Return after nine months and step right           into a playoff run as the same two-way force we last remember, trampolining into another decade of greatness.”

Slater also cited the name of the former Milwaukee Bucks star Michael Redd, who retired at an early age of 32 due to unsuccessful bouts with two consecutive ACL injuries. Like Klay, Redd was a tremendous gunner who has built an All-Star resume by shooting the lights out from basically anywhere on the court.

In addition, Klay is also at the same age bracket when Redd sustained the injuries. The Warriors star turned 30 this year, and the window is closing for him before he hits the twilight of his career. This is not the time for Klay to take a risk and trust his body to miraculously be in game shape all of a sudden.

Thompson is coming off another All-Star season in which he averaged 21.5 points, 3.8 rebounds, 2.4 assists, 1.1 steals and a stellar 40% clip from the three-point line. The flipside here is that his game is never built on the traditional definition of elite athleticism. He is still an elite athlete, don’t get me wrong. But Klay has built his game on skill, instincts and shooting, not on uber leaping ability and speed.

Still, Klay’s cautious and patient approach towards his recovery does not take away his ultimate desire to be out there hooping. Even if he is just watching the game from the bench, we have seen how invested and joyful he is when his teammates make the right plays. In an appearance on The Athletic’s Tim Kawakami’s podcast, Warriors head coach Steve Kerr emphasized how Klay has been disheartened by his injury.

“It’s been a really, really hard season for Klay. He loves to play basketball so much and just not being able to play has crushed him. And so he was, unlike Steph, over the last couple, few months, he hasn’t been around as often as Steph was. I was OK with that just because it was so frustrating for Klay just to be at practice watching and not really being able to do anything.”

The three-time champion coach also assured the Bay Area fans that the Splash Brothers will be back fully-healthy next season.

“Finally over the last few weeks he was able to start shooting with our guys, running through some drills and he was so happy to be out there. But for much of the season, it was just about getting away and not torturing himself by watching us play. He’s going to be so ready to play next year and so excited and the rehab is coming along really well, so I have no doubt that assuming everything starts in September and October like it usually does that Klay and Steph will be in great shape and ready to roll.”

Speaking of Curry, the two-time Most Valuable Player recently made an electrifying comeback before the league announced the suspension. In a thrilling seven-point loss to the defending champs Toronto Raptors, Steph drained three triples on his way to an all-around performance of 23 points, 6 rebounds and 7 assists. There is no doubt that his hand is already healed, and it’s all about staying in game shape for the all-time great point guard.

Now that we are talking about Curry’s return, we can’t wait to see the Splash Brothers take the court together again. In an appearance on the Raising Fame podcast, Mychal Thompson revealed that his son’s on and off-the-court chemistry and relationship with Curry have factored in on Klay’s desire to spend his entire career in Golden State.

It’s the way it should be as we do not want to see any picture where Steph and Klay are donning two different NBA jerseys. The All-Star backcourt duo loves playing alongside each other, and their ever-growing fondness and appreciation of the Bay Area fans’ support will be very difficult to be away from.