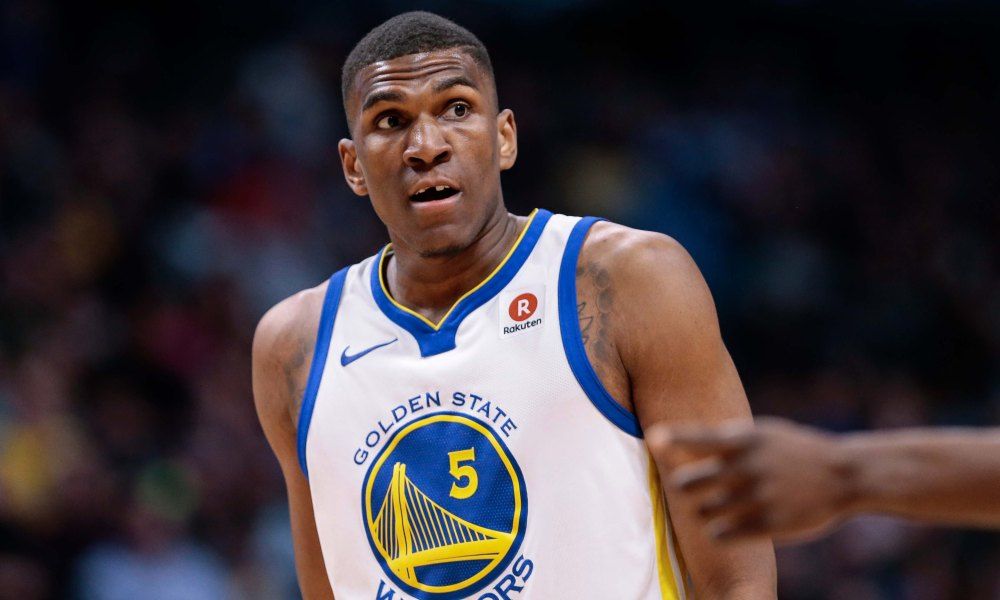 It has been a roller coaster of a season for Warriors young big man Kevon Looney, especially considering that he is on the first year of his freshly-signed three-year, $15 million contract. Injuries have limited him to just 20 games this season, and now his 5th year in the league has ended with a surgery to repair his core muscle injury.

Drew Shiller of NBC Sports reported that Looney has indeed underwent the surgery, but is expected to be fully-healthy before next season begins.

“The procedure was performed by Dr. William Meyers at Vincera Institute in  Philadelphia. The 24-year-old is expected to be ready for the beginning of the 2020-21 season, which might not begin until late December because of the coronavirus pandemic.

Looney's season basically was derailed before it even started. He tweaked his hamstring a couple of weeks before training camp opened, aggravated the injury Oct. 2 during the Warriors' second practice and missed all five preseason games.”

His injury-riddled season also hindered Looney from improving his stat line. The 6-foot-9 center is only norming 3.4 points and 3.3 rebounds this year, while only putting up a lowly 37% overall clip from the field. He is also registering 13.1 minutes per contest, his lowest since his sophomore year. This season was supposed to be a break-out year for Looney as he was coming off a productive 2018-19 campaign where he played a big role for the Warriors both in the regular season and in the playoffs.

It’s an unfortunate series of events for the young center as this could have been the perfect year for him to assume more minutes with the injury-plagued Warriors. Kevin Durant left in free agency last summer to sign with the Brooklyn Nets. Klay Thompson is still recovering from the Torn ACL injury he sustained in the Finals, and Stephen Curry missed a huge chunk of the season due to his hand injury.

Having said that, Looney himself emphasized that what he has gone through this season is the hardest trial he should overcome. In an interview with The Athletic’s Anthony Slater, the Warriors center expressed his remorse about the consecutive injuries and the fact that he can’t prove himself after being paid last summer.

“Definitely. You get paid and you want to prove your worth. You want to show the team they made a smart investment in you. That’s a different type of pressure. But having that security also helps. You see a lot of times when guys get an extension, they play better. Because having that pressure, not knowing if you’re going to be there next year, it’s always tough.

But this year, I was really excited to come in and show my worth, have a good season. But injuries kind of killed my momentum. Kind of killed my spirit, honestly. My goal was to play 80 games. I’m upset — to set high, lofty goals for myself and not complete them because of injury is real frustrating.”

This could be one step backwards for Looney, but there’s no doubt that he will be able to bounce back from this. He has a very long offseason to get healthy and improve, although pressure will be higher for him and the Warriors to perform at their very best next year.

Eight-year NBA veteran Jon Leuer has decided to hang up the sneakers and announce his retirement from basketball. The 31-year old power forward was drafted 40thoverall by the Milwaukee Bucks during the 2011 Draft. He only stayed one year in Milwaukee, before he was traded to the Cleveland Cavaliers the following season. Leuer also played for the Phoenix Suns, the Memphis Grizzlies, and most recently, the Detroit Pistons.

In a heartfelt Instagram post he wrote two days ago, Leuer emphasized his love for the game of basketball but reiterated that his body cannot endure the rigors anymore.

“I love the game of basketball. I still want to play, but I know deep down it’s not the  right decision for my health anymore. The past 3 years I’ve dealt with a number of injuries, including 2 that kept me out this whole season. It’s taken me a while to come to grips with this, but I’m truly at peace with my decision to officially retire.

As disappointing as these injuries have been, I’m still thankful for every moment I spent playing the game. Basketball has been the most amazing journey of my life. It’s taken me places I only could’ve dreamed about as a kid. The relationships it brought me mean more than anything. I’ve been able to connect with people from all walks of life and forged lifelong bonds with many of them. What this game has brought me stretches way beyond basketball. I’m grateful for this incredible ride and everyone who helped me along the way.”

The 6-foot-10, sweet-shooting combo big man played college ball for the Wisconsin Badgers from 2007-2011. Leuer compiled career averages of 6.4 points, 3.8 rebounds and 0.8 assists per contest, including a 48% overall clip from the field. Leuer’s most productive season came during the 2016-17 campaign when he averaged 10.2 points and 5.4 rebounds for the Pistons. That was the only time that Leuer averaged double digits in the scoring column, although he will be more known for being a quality role player and a professional journeyman vet in the league.