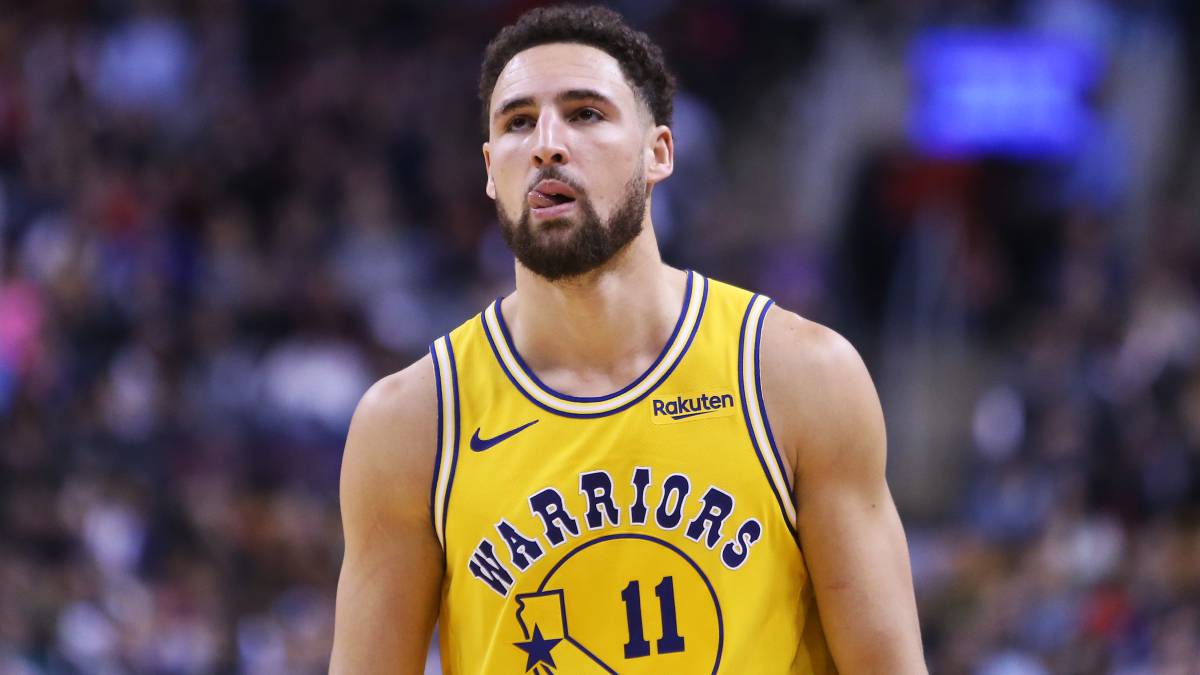 The basketball world won’t get a glimpse of the Splash Brothers nightly show this season. As All-Star shooting guard Klay Thompson continues to recover from the Torn ACL injury he sustained in the 2019 NBA Finals, the Warriors organization has now officially rule out his possible return this season. The team announced this latest development via their official team page at NBA.com.

“Warriors guard Klay Thompson, who suffered a torn left ACL during Game 6 of the NBA Finals on June 13, 2019 and has subsequently missed the first 55 games of the 2019-20 season, was re-evaluated in recent days. The evaluation confirmed that Thompson is making good progress and is right on track with his rehabilitation timeline. He will not play the remainder of this season, but is expected to return to action for the Warriors when the team’s 2020-21 training camp begins in late  September.”

With Thompson still in recovery and star backcourt partner Stephen Curry sidelined for most of the season due to a wrist injury, the Warriors have struggled mightily to rack up wins this season. After making five straight trips to the Finals, the Dubs currently have the worst record in the league with a 12-45 slate. It is indeed a far cry from the dominant dynasty they have created in the past few years, but it is something we expected with their main stars on the injury list.

Along with the absence of Klay and Steph, the team also lost Kevin Durant to free agency last summer. They were able to cushion the blow by manufacturing a sign-and-trade deal with the Brooklyn Nets. The Nets shipped All-Star point guard D’Angelo Russell to the Warriors while signing Durant to a multi-year deal. Even before the regular season began, there were already speculations that the Warriors front office will eventually use Russell as a trade bait. That eventually deemed to be true as the team traded D-Lo to the Minnesota Timberwolves, and received a highly-talented yet unproven budding forward in Andrew Wiggins.

Again, it remains to be seen if the Dubs hold on to Wiggins. The 24-year old former top overall draft pick is indeed a reliable scorer, but there has been a lot of questions in terms of his defensive abilities and his ultimate desire to compete and win. After averaging 23.6 points per game during the 2016-17 season, Wiggins’ production has dipped in the years that followed.

But if we would look at the small sample size of Wiggins’ first five games with the Dubs, there is a reason for Golden State fans to get optimistic. He is thriving in head coach Steve Kerr’s offensive system, netting a very high 48% clip from the three-point line. Although one can argue that it is not sustainable, the fact that Wiggins has been this effective in just a short time of learning his new team’s system is a positive takeaway.

As their playoff hopes are already down the drain, the Warriors front office already has their draft radars turned on. There is a very high chance that they will nab the top overall pick in this year’s draft, something that they never had their eyes set on in the past several years. While this is an exciting new territory to discover, Warriors owner Joe Lacob pointed out that they already have a competitive roster if healthy, as per Mark Medina of USA TODAY.

“You add one guy and it can change everything. We already happen to have two of the greatest shooters of all time. Look at the games. We’ve only been losing by six or eight points. But add those two guys, and we’re already pretty good. I think Wiggins is going to help a lot.”

As for Klay, this is a good opportunity for him to recover, relax a bit and spend some quality time with his family. Five consecutive trips to the championship will definitely take a toll on anyone’s body, let alone a key cog like Klay who plays more than 35 minutes per game. Days before the season began, Kerr emphasized that Klay’s knee already feels good but he still cannot run and do full-contact scrimmages with his teammates, as per Logan Murdock of NBC Sports.

"He's bored. I mean, Klay loves basketball, he loves to play, so he's at the point in his rehab, three-plus months in, where his knee feels pretty good. He's not in pain. He can get out there and shoot around, but he's got to let it heal, and he can't run, he can't cut. So we'll see him in the weight room, in the training room, getting his work in.

But I feel bad for him. You never feel part of it unless you're actually playing and  with the guys, and he misses that."

Even despite knowing that Klay will miss probably the whole season, the Warriors organization showed their loyalty and appreciation to him by re-signing him to a new contract last summer. Klay inked a lucrative five-year, $189 million contract with the Warriors, an excellent indicator that they are still gunning for another run at the championship for the years to come.

Despite the fact that Thompson is officially ruled out for the rest of the season, the plans have not changed for the two-time Most Valuable Player Stephen Curry. The sweet-shooting Warriors point guard is still set to return in the first week of March as he is now cleared for full contact drills and scrimmages with the team. As per Nick Friedell of ESPN, Warriors head coach Steve Kerr reiterated that they never tinkered with the idea of shutting down Curry for the rest of the year just so they could preserve his energy for the next season.

"He's perfectly healthy. He's in the prime of his career. If the point is because he might get hurt, then what's the point of ever playing anything? People can get hurt any day. I guess the argument would be, 'Well, we're not going to the playoffs.' So are we not trying to entertain our fans? We're selling tickets to all these people who love basketball, and Steph Curry is one of the most amazing, graceful, exciting basketball players on earth. And if he were healthy and we didn't present him to our fans and say, 'Here you go. Here's your gift for staying with us for this whole season,' what would that say about us? That we don't care about our fans?”

With their main star and leader sidelined, the team has not carried over the success they had in the previous years. Curry only appeared in four games this season as he suffered a broken left hand against the Phoenix Suns. With the Warriors down by a mile in the third quarter, Curry drove down the lane for a creative finish around the rim. But Suns center Aron Baynes was there to try to take a charge, forcing himself and Curry to fall awkwardly on the floor. Baynes landed on Curry’s hand, and the latter exited the game with the major injury.

But as for his recovery, it is now reported that the 6-foot-3 shooting maestro has played his first scrimmage with the team since the injury. In a sitdown with Wes Goldberg of The Mercury News, Curry expressed his uncontainable excitement of again getting up and down on the court with his teammates.

“It was fun. That’s what you’re used to, again, just playing basketball. I’ve done every rehab skill you can think of by yourself in the gym.

To work on your conditioning and skill work and all that type of stuff, that’s all fun and you know there’s a purpose to it. But there’s nothing like just playing basketball and competing and having fun out there the way I like to do.”

It also appears that the March 1 target date for his return has not changed. Curry and the Dubs will be at home that night as they host Bradley Beal and the Washington Wizards. After that game, they will travel to Denver to face Nikola Jokic and the playoff-bound Nuggets. The looming return of Curry will also pave the way for him to try out a partnership with his new teammate, Andrew Wiggins. While still learning the team’s system on offense, Wiggins has already been shooting the three ball with a very high percentage. It is certainly exciting to discover if he can really mesh well with the unique overall skill set of an excellent multi-dimensional point guard like Curry.