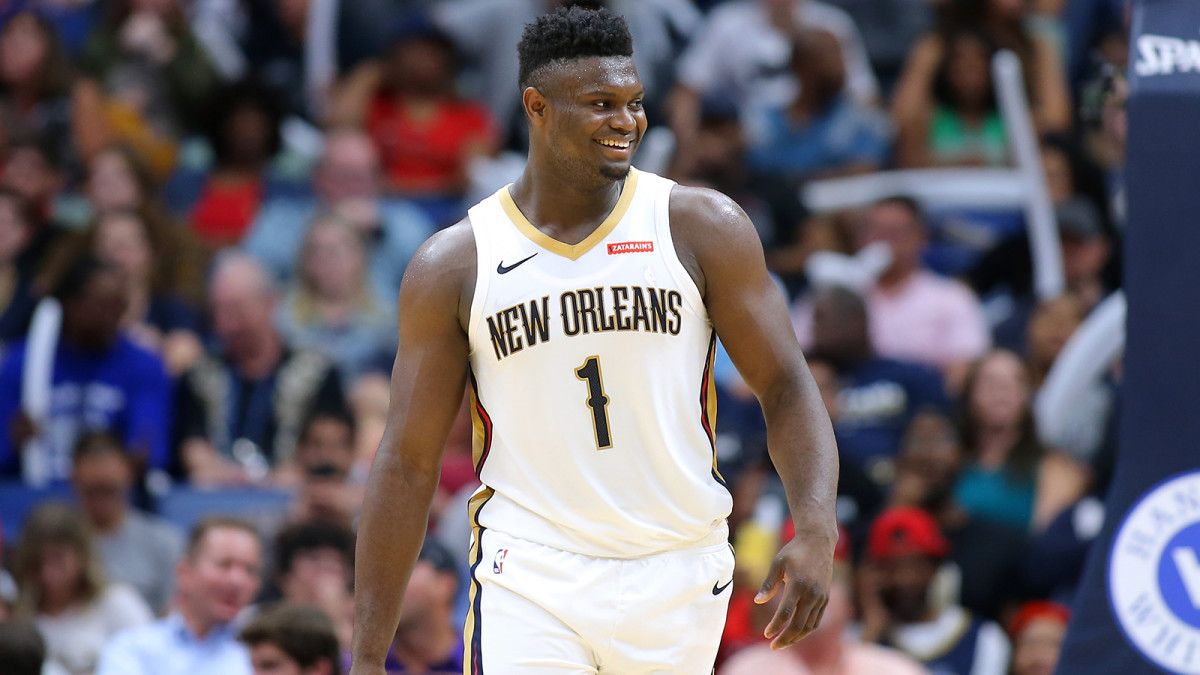 This year’s top draft pick will finally make his long-awaited debut for the New Orleans Pelicans. New Orleans executive vice president of basketball operations David Griffin told numerous sources that the athletic combo forward will be on the team’s active line-up on January 22 when the Pelicans go up against the San Antonio Spurs.

While the young, high-leaping stalwart will indeed grab the spotlight in his return, Pelicans head coach Alvin Gentry told ESPN’s Andrew Lopez that they will ease Zion into the rotation and not rush anything.

"He's making progress. He's practicing. He's playing 5-on-5. We're trying to gauge exactly when it would be a good situation to put him out there. Even when we do, it'll be very limited minutes to start."

After playing a few games during the 2019 Summer League, Williamson went through the knife in October to repair a torn lateral meniscus. The injury was surrounded with a lot of criticisms on his weight and the possibility that he could turn out to be an injury-prone player at this early point of his career.

When the Pelicans drafted Williamson with their first overall pick, many already predicted that the team would catapult themselves to a playoff spot. However, it isn’t just Williamson who was hounded by an injury. Star point guard Jrue Holiday has sat out quite a number of games this season, as well as key cogs Brandon Ingram and Derrick Favors. New Orleans is sitting on the 14thspot in the Western Conference, sporting a 15-26 record as the season hits its halfway point.

But it is not just the Pelicans that has been tremendously affected by the absence of Williamson. Vincent Goodwill of Yahoo Sports also says that the 19-year old prodigy’s absence has also negatively affected the NBA’s viewership ratings.

“So does Zion Williamson.

The total has risen some, but as of Thursday it’s at 50 percent — still a whopping         number of games missing stars.

“The Pelicans games were put on almost exclusively because of him,” the official told Yahoo Sports. “So his absence hurt us big time because they were on [national TV] so  much early, and it hurt the spotlight on those games.”’

During his lone year playing college ball for Duke, Williamson’s powerful dunks and incredible chasedown blocks catapulted him to global fame. The NBA certainly kept tabs on this trend as they put the Williamson and the Pelicans on a large number of nationally-televised games this season.

The lefty, 6-foot-7 power forward averaged an efficient, all-around stat line of 22.6 points, 8.9 rebounds, 2.1 steals and 1.8 blocks as a Duke Blue Devil. His versatility on both offense and defense will be a unique weapon for the Pelicans as they can slot him in the two forward positions, as well as a center of their small-ball line-up.

Warriors All-Star shooting guard Klay Thompson has finally given a personal update on his recovery from a Torn ACL injury he sustained in Game 6 of last year’s championship battle against the Toronto Raptors. The 6-foot-7 gunner says that his recovery process has been “going great” and emphasized that he is indeed working very hard behind the scenes, as per Nick Friedell of the ESPN.

"It's going great. I mean, at least my suits are well tailored. And it's fun to watch these guys battle. Obviously, I wish I could be out there. It's been a long process. I haven't stopped working since the third day after Game 6 of the 2019 Finals. You  might not see me a lot, but I'm working.”

Thompson, who notched his 5th straight All-Star berth last season, is rumoured to sit out this whole year as the Warriors’ playoff hope is now going down the drain. While they succeeded in nabbing 23-year old star guard D’Angelo Russell to fill in for the departure of Kevin Durant, long-tenured superstar Stephen Curry’s wrist injury in November ultimately cost the Dubs their playoff aspirations. Without Curry and Thompson, the Warriors have struggled mightily to rack up the wins.

Despite arguably entering a tanking mode this season, there are still hopes that both Curry and Thompson will return at some point after the All-Star weekend this February. Warriors champion head coach Steve Kerr expressed his joy of seeing Klay doing more high-level drills at this point in his recovery.

"More than anything it just feels good to see him out there. And for him to feel it, like  he's actually closer. Even though he's still a ways from being out on the floor, he's so far along now compared to when this first started. So he's pretty far down the path, so I think he's starting to feel that. The routine is changing now. He's on the court a lot more, and I'm asking him to be around our team a lot more.”

Thompson averaged 21.5 points, 3.8 rebounds and 2.4 assists for the Warriors last season. He has also recently signed a multi-year, max extension with the Dubs, an excellent indicator that both parties are still geared towards bringing another Larry O’Brien championship trophy to the Bay Area.

If Klay and the Warriors’ medical staff take the longer route and opt to sit out the whole season, it could be better for him and the team in the long run. While the Warriors top brass has reiterated that they will never lose games on purpose, their current downward trend on the Western Conference standings could put them in a prime position to net the top overall selection in the 2020 NBA Draft. Golden State is currently holding a lowly 9-33 win-loss card in the West, a record that has them sitting in the very bottom spot in the conference.

Star scoring point guard Kyrie Irving has returned to the court following a long layoff due to a shoulder injury. The six-time All-Star has shook off his shoulder injury to return to his old, deadly form in the Nets’ win over the Atlanta Hawks. Irving made 10 of his 11 total shots from the floor and finished with an efficient 21 markers to help his team notch their 18th win of the season.

After the game, Irving emphasized how happy he was to finally be back on the court and help his teammates out there, as per Nick Friar of the Nets Wire.

"I mean, I just work on my game diligently, but, you know, you have nights like this.  But coming back, my teammates, having the support of them, and like I said having my family here, is always a great joy. I love the game man. I missed it so much."

Kyrie didn’t look rusty in his return despite the fact that he missed 26 straight games. His return came a bit of a surprise as there was a major belief that he could go through a major surgery to fix his injured shoulder. But as per Anthony Puccio of the Nets Daily, Irving said that being sidelined gave him a new perspective on putting more importance on how his body recovers.

“I feel good. Being out gave time to slow down, get healthy & put an emphasis on my body. Early in the season, I had 3 broken bones in my face & I got hit again in China. I think that’s what attributed to my shoulder impingement, trying to make up for lost time.”

With the team comfortably ahead by a mile during his comeback game, Kyrie only played 20 minutes on the floor. Nets head coach Kenny Atkinso also chimed in his thoughts on how steady Irving was in his return, as per Sopan Deb of The New York Times.

“What I liked is that he didn’t force anything. He just kind of played it like a pro. My  fear was, being out so long, he’d try to really force things. He was just in a perfect flow.”

As the season hits its halfway point, the Nets are currently sitting on the 8th seed in the Eastern Conference. Irving’s playmaking and scoring will absolutely boost the team’s hopes of maintaining their hold on a playoff spot. Kevin Durant, Brooklyn’s other superstar on the mend, is not expected to suit up for his new team this season. After guiding the Warriors to three straight Finals appearances, KD signed with the Nets last summer to team up with Irving and bring a championship trophy to Brooklyn.