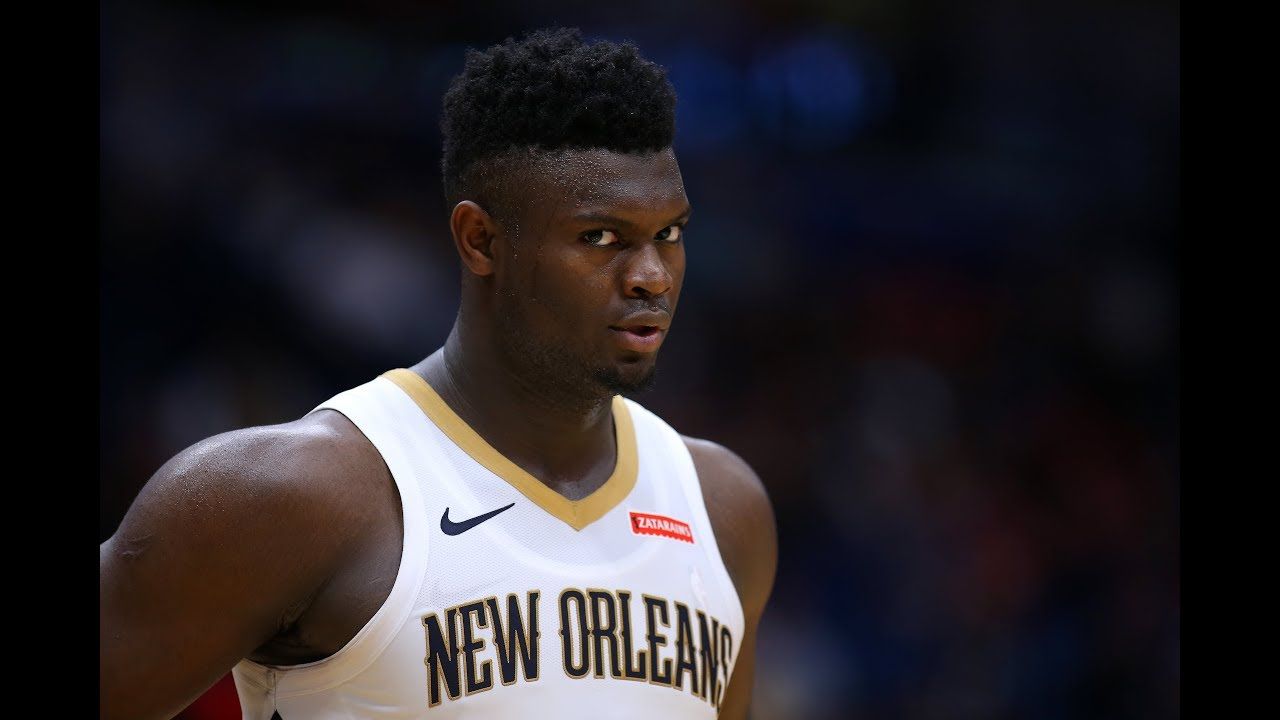 We are midway through the first half of the year, but we haven’t seen this year’s top draft pick display his elite skill set this regular season. Pelicans prized rookie forward Zion Williamson underwent a knee surgery to fix a torn lateral meniscus in his right knee. The Pelicans organization initially told the league that Williamson will enter a six to eight-week recovery period. However, we got word that he has not hit the practice court just yet, indicating that the 6-foot-6 forward is far from a full recovery.

Furthermore, TNT’s Kristen Ledlow confirmed these speculations when she reported about the progress of Zion.

“As I reported on @NBAonTNT, Zion Williamson “turned a corner” this week. However, the team is erring on the side of caution and his return will “definitely” come outside of the 6-8 week window initially projected.”

On top of that report from Ledlow, Pelicans’ vice president of basketball operations David Griffin also said that Zion will not play in a back-to-back schedule when he returns to the active roster, as per ESPN’s Andrew Lopez.

"He very likely will not be asked to take the pounding of back-to-backs initially. There will be a sort of ramp-up for him to getting back to where you would call him full strength, but he's certainly going to be playing, and we're trying to win basketball games.”

We don’t know how long Zion will need to recover beyond that initial eight-week period. But for sure, the Pelicans medical staff and front office are taking a very cautious approach on their young potential star’s rehabilitation. It’s not like the team is seriously contending for a playoff spot anyway. They are now sitting on a disappointing 6-16 record, and have lost seven straight games.  The positive takeaway from this situation is that Brandon Ingram is getting so good in being his team’s primary scoring weapon, while rookies like Jaxson Hayes and Nickeil Alexander-Walker are getting important minutes to fast track their growth.

Still, a healthy Zion would have helped this young Pelicans squad rack up the W’s. New Orleans absorbed a ton of defeats where they led all the way only to lose steam in the payoff period. When they lost a four-point game to the league-leading Los Angeles Lakers, the Pelicans were actually in cruise control and maintained a double-digit lead entering the fourth quarter. But their defense crumbled, and they found it more difficult to generate shots when the Lakers’ defense became more active.

While Williamson doesn’t pack a signature go-to-move to create scoring opportunities for himself, he knows where to take his position and how to accurately time his cuts to the basket for an easy bucket. On the defensive end, his strength, elite athleticism and superb efforts should make it easy for him to cover numerous defensive switches and defend a point guard up to the big man spot.

But of course, the essential mindset right now is for Zion to focus all his energy on completely healing his knee. He has hurt his knee a couple of times already this year, with the first one forcing him to miss some games when he was still playing college ball in Duke. Sean Deveney of Heavy.com interviewed Dr. Derek Ochiai, a surgeon at the Nirschl Orthopaedic Center, about the extent of a torn meniscus injury.

“It’s a really quick recovery. The only thing that has to heal is the skin. There is not much internal healing you are waiting for and as an athlete, you can be back ready in two months, maybe less. You can be back at a high level, too.”

But then again, not all bodies are the same, especially in the case of Williamson. Entering the pro ranks, he already packed 285 pounds on his 6-foot-6 frame. We might see a more toned version of Zion when he comes back this season, should the Pelicans don’t decide to shut him down for the whole year.

Marcus Smart, the Celtics’ primary defensive stalwart, exited early during the team’s win against the New York Knicks after he absorbed a collision with Knicks forward Kevin Knox. In an effort to draw an offensive foul from Knox, Smart caught an elbow to his oblique, prematurely ending his night. Celtics fans were immediately concerned as Smart also suffered an oblique injury last season that forced him to miss a few weeks.

However, Smart quickly downplayed the injury by emphasizing that he is good to go once the soreness goes away, as per Steve Bulpett of the Boston Herald.

“No, just in my oblique. Right in the same spot that I tore last season. It wasn’t as  bad as the tear, but it’s still sore and pretty tender. We’re just going to take it slow and day by day re-evaluate it (Monday), and see what we have to do.”

Celtics head coach Brad Stevens also shrugged off his defensive ace’s injury, saying that Smart’s recent setback is just like a contusion, as per A. Sherrod Blakely of NBC Sports Boston.

“It sounds like it’s just a contusion. That’s good. That doesn’t mean it’s not super-sore, but if it’s super-sore he’s not going to play.”

Smart, who is posting all-around averages of 11.9 points, 3.4 rebounds, 4.7 assists and 1.4 steals per contest, missed the team’s win against the Miami Heat last Wednesday. However, it remains to be seen if the 25-year old guard will miss more games. The Celtics will have a powerhouse match-up coming up when they face Nikola Jokic and the Denver Nuggets on Friday.

Wizards starting center Thomas Bryant has joined the team’s growing injury casualties as he was diagnosed with a stress reaction on his right foot. The 22-year old big man is expected to miss at least three weks, leaving a gaping hole in the Wizards’ frontcourt. Bryant says that he has been playing through this injury for a couple of games now, as per Candace Buckner of The Washington Post.

“I noticed it for a few days, but I really noticed it playing the Clippers. There’s really not a play I can really pinpoint on. I just knew that in the Clippers game and also the Lakers game [Friday] and the game before that I was really hurting.”

It’s an unfortunate roadblock for the young budding center. Bryant is posting career-highs across the board for the Wizards this season. He is norming 13.9 points, 8.5 rebounds, 2.7 assists and 1.0 blocks per game in his third year in the league. He has seen his career blossom ever since Washington claimed him off waivers in the summer of 2018. Bryant has cracked the 20-point mark in five games this season, and his rebounding remains his trump card.

But his Wizards teammates praise him for the important little things he does, such as setting hard screens for the ball-handlers to carve an easier path down the lane. Bryant says that he puts in a lot of effort in fulfilling that role on offense, as per Chase Hughes of NBC Sports Washington.

"I think that's very good going forward with this team because I know we have so many guys capable of getting shots and getting to the rim. Me freeing them up is    going to open things up for me if it doesn't open things up for the person I'm setting the screen for or for the weak-side getting open shots."

Unfortunately for Washington, Bryant’s absence puts them in a tough situation. Aside from the massive numbers he contributes each game, the Wizards other frontcourt players are also injured. Veteran center Ian Mahinmi is out with an Achilles injury, while stretch big man Moe Wagner has hurt his ankle. We could see a spike in the minutes of Davis Bertans and Rui Hachimura in the following games.