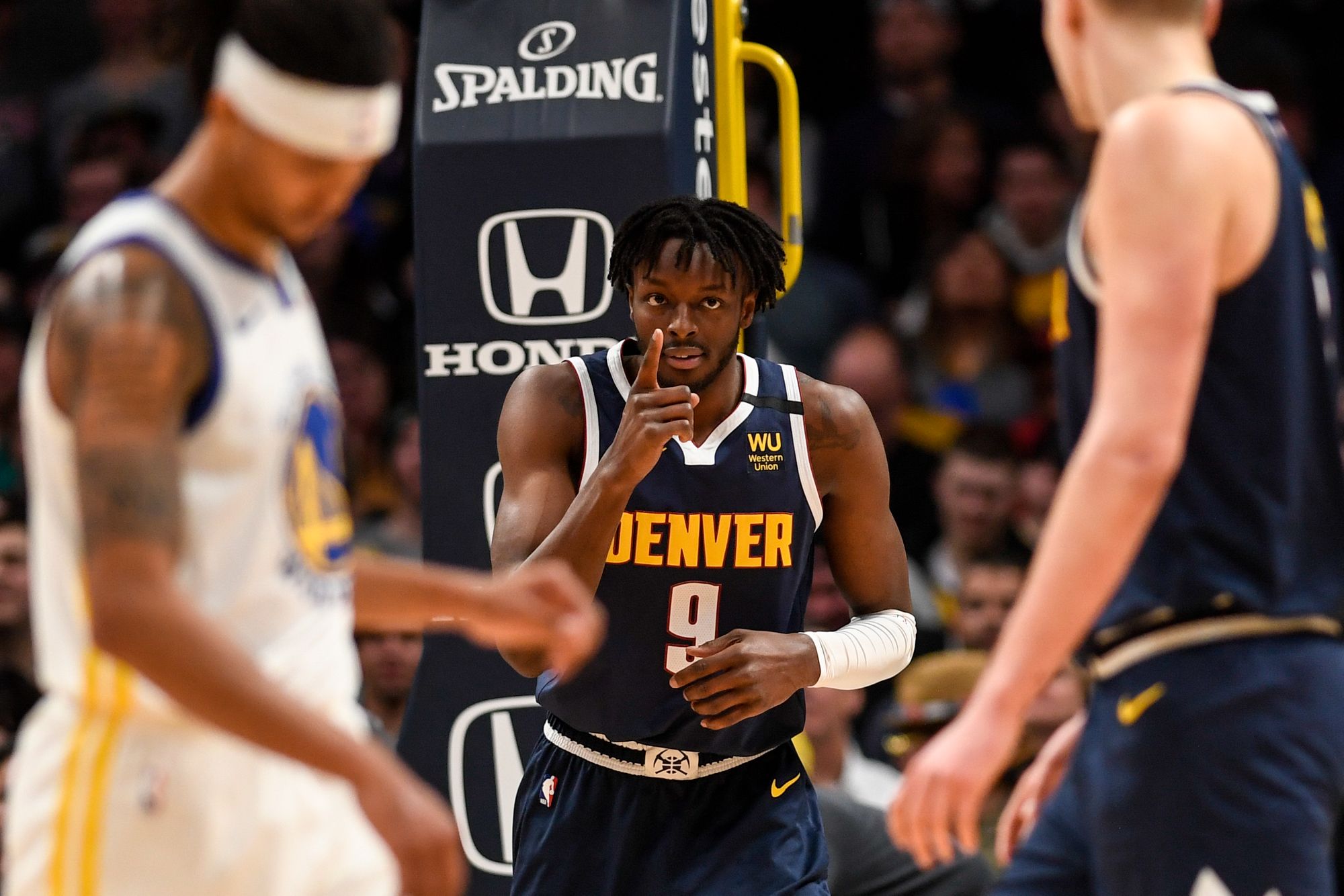 Grant continues to impress as a main star for Detroit

Jerami Grant is continuing to remind everyone that it is not too late to bet on yourself. After turning down the golden opportunity to seriously compete for a championship with the Denver Nuggets, Grant is quickly making a name for himself with the Detroit Pistons.

Grant, who will be turning 27 this year, is currently norming career-best numbers of 24.8 points and 6.4 rebounds, while shooting a decent 36%  clip from the three-point line. With Blake Griffin struggling mightily with his shooting percentages, along with the lack of star power in the roster, Grant has been immediately given a primary scorer role in the Pistons’ line-up.

After an impressive win over Chris Paul and the surging Phoenix Suns squad, Pistons head coach Dwane Casey said that Grant played like a true All-Star. Casey loved the fact that Grant stayed patient with his attacks all game long, while also emphasizing that the whole team had an excellent collective effort in competing on both ends of the floor.

“I thought he played big time – played like an All-Star. He allowed the  game to come to him. He didn’t have a lot of looks at first. He let the          game come to him and I’m just as proud of him for that as anything. He      didn’t get frustrated.

It was good to us. We weren’t stopping ’em man to man, so we had to give   them a different look. Guys executed. We made a few mistakes, but for the most part they were hard mistakes. I thought our guys competed at a  high level. That’s the team that I recognize.”

Grant, the 39th pick in the 2014 NBA Draft, started his career with the Philadelphia 76ers. With a nice 6-foot-9 length and the mobility to switch onto quicker guards, Grant carved a role as a combo wing in the league. He was then moved to the Oklahoma City Thunder in 2016, where he would solidify himself into a quality role player.

But it was during his stint with the Denver Nuggets last season that Grant grew into a massive presence on the defensive end. His ability to cover switches and make the right decisions in his off-ball defense greatly helped the Nuggets’ inspired run to the Western Conference Finals in the Orlando bubble.

Most importantly, Grant’s development as a three-point shooter has helped him stay on the floor in today’s pace-and-space type of basketball. Jonathan Tjarks of The Ringer NBA wrote a column detailing out Grant’s knack for making great strides in his development as a player.

That kind of shooting improvement doesn’t happen often. It goes beyond     just work ethic. He needed to have the underlying shooting touch to               improve, as well as the muscle memory to learn new mechanics at a later   stage in life. There are a lot of NBA players who have locked themselves in a gym for a couple offseasons and still couldn’t hit the  broadside of a barn. Grant played with some of them in Philadelphia and Oklahoma City. His history of making unusual improvements means his time in Detroit can’t be written off as a mistake, even though it  will be a massive challenge.”

While it is true that Grant is yet to drastically improve in his ball-handling skill set, let’s not forget that he is still just 26 years of age. He has arguably just entered his prime years, and there will be tons of room left for more improvements in the various facets of his overall skill set.

It took more than three years, but Dejounte Murray is finally showcasing his full repertoire this season. Murray, who is in his fourth season in the NBA, is putting up career-bests of 16.1 points, 6.8 rebounds, 5.3 assists and 1.4 steals per contest.

Murray was the San Antonio Spurs’ 29th pick in the 2016 NBA Draft. He played sparingly in his first season with the team, but became a fixture in head coach Gregg Popovich’s rotation the following year. Murray immediately displayed his impact on both offense and defense, a two-way skill that Popovich always requires from his players.

The Spurs’ incredible 22-year playoff run may have come to an end last season, but that does not mean that they will be considered as pushovers. One of the reasons why teams cannot just take the Spurs for granted is Murray’s much-improved knack for being efficient. Murray has been committing less turnovers and taking more high-percentage shots, as per SB Nation’s Pounding The Rock.

Still, the fourth-year point guard is protecting the ball, taking  smarter angles, and showing a greater understanding of how to use a   change of pace to his advantage. And while we’ve never witnessed Murray maintain this sort of production for eight straight games, the fact that his numbers look this good despite a 1-of-13 dud with Rudy Gobert protecting the paint bodes well for his future performance. And who isn’t intimidated by the prospects of challenging the former back-to- back Defensive Player of the Year at the rim?”

Moreover, it is Murray’s increased aggressiveness in getting his shots that is helping his cause. He is attempting 14.5 shots per game, with 11.1 of those coming from two-point shots. Most importantly, Murray is make a career-best 52% of those two-point attempts, an excellent testament to how well he is picking his spots on the floor.

Most importantly, the intangibles that Murray brings on both ends of the floor cover up for stretches in a game when his shots don’t fall in. John Hollenbeck of SB Nation says that Murray’s knowledge of the game helps him contribute in other ways aside from scoring.

“I’m starting to really like Dejounte Murray. His shooting isn’t always             there. He’s not very efficient, but he does so much other stuff to makes        up for it. He’s averaging career highs in rebounds (he had 14 tonight)     and assists. In my amateur way of analyzing players I always look to        see what they do even when they aren’t scoring points and Dejounte       passes that test. He provides help to his team in a way every game. And     he’s not bad on defense either.”