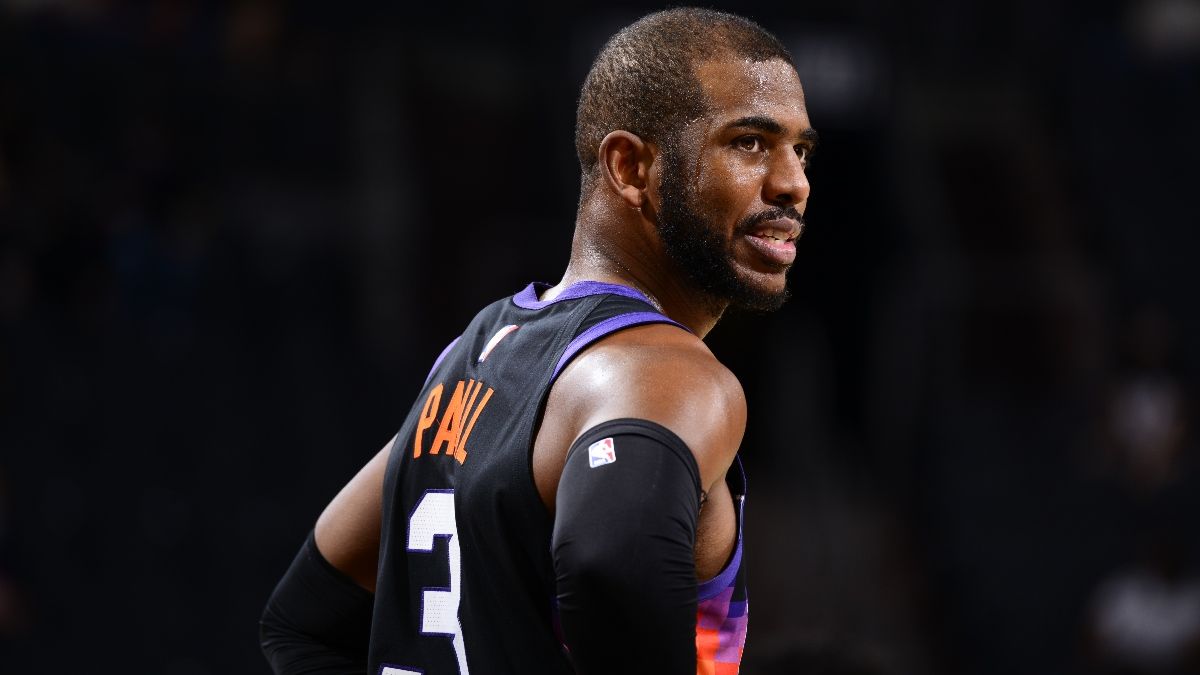 Chris Paul is just on his first year with the Phoenix Suns, and he is already making a big difference out there. Paul and the Suns are currently sitting atop the stacked Western Conference, beating out other elite championship contenders like the Utah Jazz, the Los Angeles Lakers, the Denver Nuggets, and the Los Angeles Clippers.

It is no coincidence that the Suns are achieving a high level of success with a proven and credentialed superstar like Paul on the board. The Suns have officially clinched a coveted ticket to the playoffs this season, their first postseason berth since the Alvin Gentry and Steve Nash-led squad made it to the Western Conference Finals during the 2009-10 NBA season, a series in which they lost to the late great Kobe Bryant and the Los Angeles Lakers.

Paul, who just turned 36 years of age a couple of days ago, is currently putting up a tremendous all-around stat line of 16.2 points, 4.5 rebounds, 8.8 assists and 1.4 steals per contest. On top of these excellent numbers, Paul is having another season of producing a high level of efficiency, especially on the offensive end of the floor. The All-Star point guard is shooting an efficient 49% overall clip from the field, including an excellent 38% clip from beyond the arc. He is also producing a career-high 93% clip from the free throw line, and is turning the ball over just 2.2 times each game.

Paul, who also steered a young Oklahoma City Thunder squad to the first round of the playoffs last year, already has huge compliments for the Suns players, coaches and front office. While it is true that he is yet to decide if Phoenix would be the final stop of his illustrious NBA career, Paul reiterated that he is definitely enjoying his time here. As per an article written by Sam Amick for The Athletic, Paul also took the time to single out head coach Monty Williams and Suns front office figures like team general manager James Jones and vice president of basketball operations Jeff Bower.

“I mean first and foremost, I love it here. I don’t know how many years I’ve got left. I don’t really think about that either. I feel too good. Seriously, this summer, I have no clue. As much as I’m involved in the union and stuff like that, I don’t   know what anybody’s teams are, (what their) caps are, I don’t know none of that stuff. I just play. And like I say, I’m lucky to have my brother, my brother who helps. I focus on playing.

I think Monty and the staff that was here, they had already set what the culture was going to be.  And I came in, and that was a huge thing. When the trade happened, I had a long call with Monty. Monty was at my wedding. There’s anunbelie vable trust there that goes deeper than just a coach. James was amazing (in getting him to Phoenix). And (Suns vice president of basketball operations) Jeff Bower was my general manager in New Orleans.”

When Paul joined the Suns last summer, it was already expected that they will be a contender for a playoff spot in the West. After all, the Suns almost made it to the postseason last year when they went undefeated during the season restart at the Orlando bubble. But their 8-0 run in the bubble went for naught as they were already lagging far behind the last play-in spot when the NBA announced its hiatus of games due to the COVID-19 outbreak in March 2020.

But what is surprising right now is that they have the chance to nab the top seed in the West before the league enters the more important games in the playoffs. Of course, Paul is getting a lot of contributions from his teammates, most notably from the Suns’ star shooting guard Devin Booker. It was Booker who led the team to that great run in the Orlando bubble, and he is still the top scoring option for this Suns squad.

In the 62 games that he has played for the Suns this season, Booker is putting up an excellent all-around stat line of 25.7 points, 4.1 rebounds, 4.4 assists and 0.8 steals per contest. He is logging in 33.9 minutes per game, and is shooting a 48% overall clip from the field, including a 34% clip from beyond the arc. It is without a doubt that Booker has become an elite scorer in the league, and he is just on his way to fully developing his overall unique skill set.

Booker notched his second All-Star appearance this season, replicating the feat that he achieved last season. As per Jonathan Tjarks of The Ringer, the arrival of Paul has not limited Booker’s production, especially on the offensive end of the floor. Booker is still the same deadly scorer that he is in the past couple of seasons, and maybe even more.

Despite the arrival of another lead guard, Booker hasn’t taken much of a step back. But he has adjusted his game to make Paul more comfortable. The biggest change is his drop in assists, from 6.5 per game last season to 4.3 this season. Going from Ricky Rubio to Paul as his backcourt partner meant that Booker would have to give up some control of the offense. There’s no point in trading for Paul to play him off the ball. Booker has become more of a pure scorer, averaging a career high in 2-point percentage (55.6 percent on 12.3 attempts per game) and is just off his career high in 3-point percentage (38.7 on 5.7 attempts).

He’s a bucket-getting machine. Only 11 players in the NBA this season have reached his marks in efficiency and volume from 2-point range. That list includes some of the biggest, strongest, and most athletic players in the league. There are only two who are shorter than 6-foot-6: Booker and Kyrie Irving. Neither has great size or speed compared to their peers, but it doesn’t matter because they are so skilled at creating space with the ball in their hands and knocking down contested jumpers.

As for the Suns team as a whole, there is no doubt that they still have a lot of work cut out in front of them. Even if they enter the playoffs as the top seed in the West, their potential first-round match-up could be LeBron James and the Los Angeles Lakers or Damian Lillard and the Portland Trail Blazers, or even Stephen Curry, Draymond Green and the relentless Golden State Warriors squad.

But even against those perennial names and contenders, the Suns have the shot on a possible Western Conference Finals appearance if they enter the playoffs with a healthy and ready roster. So far, the Suns are ranked 9th in the league in total points per game (114.6 points), 6th in total assists per contest (26.9 assists), 2ndin free throw percentage (82%), 1st in two-point field goals percentage (56%), 2nd in field goal percentage (48%) and 12thin three-point shooting percentage (37%).

To put an icing to the cake, their offense has produced only 12.7 turnover per game, which is the 4th-best stat in the league in that category. They are also holding their opponents to 108.9 total points per game, which is the 7th-best in the league. With the team balancing out their roster by getting two quality veterans in Paul and Jae Crowder last summer, the Suns have been solid on both ends of the floor this season.

As per a detailed, well-written column by Kevin O’Connor of The Ringer, Suns general manager James Jones said that there is no secret to the team’s high level of success this season. Jones reiterated that all the players have bought into the system and most importantly, into their respective roles for the squad.

“What I took from my career is the way your team plays typically defines how the organization is perceived. But the way your team plays is predicated on the type of character on the team and the behaviors that players exhibit. It’s not like good organizations take clay and immediately mold it into something spectacular. They build a good foundation, and then grow it from there.

The answer to being a good basketball player isn’t always to do it more, to be more committed to it, to do it harder. You can run the risk of turning into someone who’s so obsessive it becomes extreme selfishness. So, you have to be obsessive, but you also have to have a level of awareness. Not everyone is LeBron   or Steph. You should aspire to be those types of guys, but the awareness will allow you to say, ‘OK, I’m not that guy, I’m someone else. My game isn’t on that level now. This is my game, so this is how I fit in and this is what I need to do for  the team to be successful and for me to be successful.’ You have to accept that.”

After their recent win against All-Star combo big man Julius Randle and the New York Knicks, the Suns will then go on the road to face Anthony Davis and the Los Angeles Lakers, followed by a tough contest against Stephen Curry and the Golden State Warriors.

Paul and the Suns will then go back home to host Damian Lillard and the Portland Trail Blazers, before embarking on another road trip where they will have a mini two-game series against DeMar DeRozan and the San Antonio Spurs to finish their schedule in the 2020-21 NBA regular season.