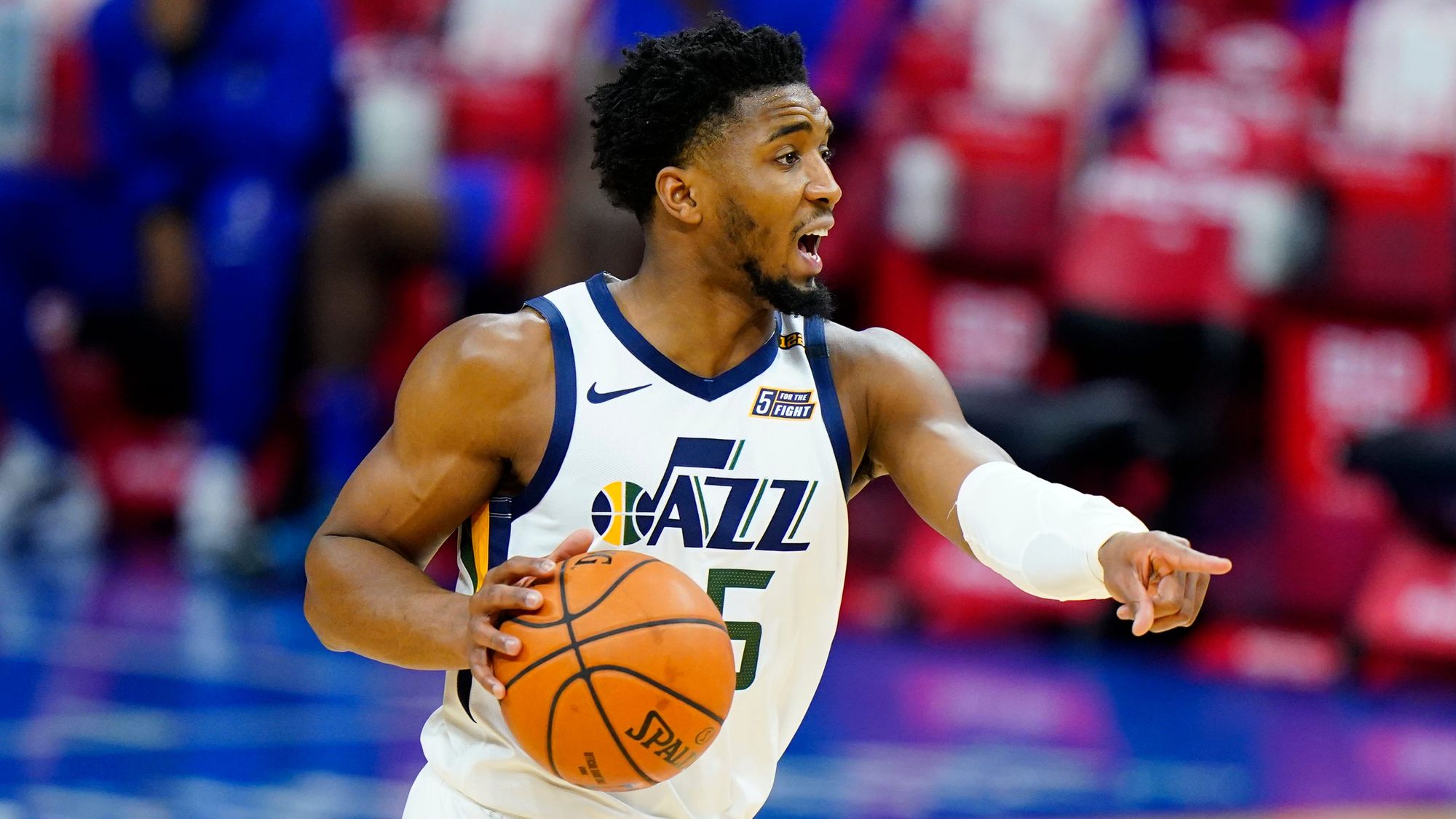 NBA MVP Race: Donovan Mitchell Should Be Considered If The Jazz Keeps Up The Wins

We all knew that the Utah Jazz will again be a perennial contender in the stacked Western Conference, but we did not expect that they will be this good at this point of the season. The Jazz are currently fresh off from defeating Jimmy Butler and the Miami Heat, and are now sporting an excellent record of 22 wins against only 5 defeats.

Their defense, as always, is still one of the best in the league. But it is their work on the offensive end of the floor that is doing wonders. They are currently sixth in the league in total points per game, first in made three-pointers per game, and 4th in three-point shooting percentage.

This is quite a drastic improvement for a Jazz team who has seen their share of struggles in terms of scoring in the past few years. It is the exact reason why they focused on getting an excellent supporting cast for Donovan Mitchell as they need him to be always fresh and ready when the more important games of the playoffs comes.

This season, Mitchell is putting up all-around numbers of 24.2 points, 4.3 rebounds and 5.1 assists per game, including a stellar 39%  clip from the three-point line. These are not explosive numbers, but it is also true that he is the best player in the best team in the NBA. You just cannot put a number to that value.

But Mitchell is not breaking any sweat in making his case for the Most Valuable Player award this season. As per Sarah Todd of the Deseret News, Mitchell is just focused on becoming the best teammate that he can be on both ends of the floor.

“That was clever. I think first and foremost the biggest thing is team play. You know, it’s the MVP award for sure, but you don’t get there without a team, and we’ve been playing well. I think, for me, looking at it as, on the best team, we’re doing our thing, we have a lot of room for improvement, but we’re definitely doing our thing right now, just making plays. It’s not necessarily having 35, 10 and 10, it’s doing whatever is needed. And I feel like my teammates trust me, I trust them and I’m not too worried about it at the end of the day. I mean, I know what it is. Been here four years and the fans know that we just don’t necessarily get all the credit we deserve, and that’s not just singling out me. I feel like we use that as a chip on our shoulder. I’m just very fortunate to be in this position where my teammates trust me to go make plays like that. But the other stuff, if it happens, it happens, you know? I think   the biggest thing is winning. Winning takes care of everything. That’s   been my mindset ever since I got here. Winning heals everything. The    outside stuff is what it is — it’s not up to me. I’m just going to go out  there and be the best teammate I can be and go from there. That was     very, very great how you worded that though, I liked that.”

Mitchell has missed only two games this season, and the Jazz still won those two contests. That is also a testament to how great of a team this version of the Jazz are, and their depth is something that they can really dive deep into when they go for a better stint in the playoffs this year.

There is also no doubt that the Jazz are currently the hottest team in the NBA. They previously rode an impressive eleven-game winning streak, but then lost a 128-117 decision to Nikola Jokic and the Denver Nuggets. The Jazz did not even blink an eye after the loss as they immediately bounced back with a resounding 112-91 victory over Trae Young and the Atlanta Hawks.

After that disappointing loss to the Nuggets, the Jazz have now won seven consecutive games. That includes victories over Eastern Conference elite contenders like the Boston Celtics, the Milwaukee Bucks, the Indiana Pacers and the Miami Heat. The road does not get easier as their next three assignments feature tough contests against Joel Embiid and the Philadelphia 76ers, followed by a mini two-game series against Kawhi Leonard and the Los Angeles Clippers.

But the team’s greatest weapon is their depth this year. They are not just relying on Mitchell to do the heavy lifting on the offensive end of the floor. Jordan Clarkson is currently the Jazz’s second-leading scorer. The Filipino-American spitfire gunner has carved his niche off the bench, and is putting up 17.4 points, 4.3 rebounds and 2.1 assists per contest, including an excellent 37% clip from beyond the arc.

With this efficient start to the season, Clarkson is making his case as a frontrunner for the Sixth Man of the Year award this season. In a separate column by Todd, Jazz head coach Quin Snyder chimed in his thoughts on the efficiency by Clarkson, paralleled by his unselfishness and willingness to play just about any role to help his team rack up the wins. Clarkson’s defense has also been a welcome surprise for the Jazz, and Snyder put an emphasis on that subject.

“He’s really just becoming more and more efficient, and the other thing      is he’s really committed to defending,” Snyder said. “He’s got a lot of          pride on defense, and as good as he is offensively at creating his shot,  I think he’s got an awareness of the players around him and he’s been a         willing passer.

Aside from Clarkson’s brilliant performance this season, the Jazz have also received plenty of contributions from their veteran players. Six Jazz players are putting up double-digit averages in the scoring column. That includes Mitchell and Clarkson, along with veteran point guard Mike Conley (16.5), combo wing scorer Bojan Bogdanovic (15.8), two-time Defensive Player of the Year Rudy Gobert (14.0), and playmaking small forward Joe Ingles (11.3).

Royce O’Neale comes in at 7.6 points per contest, while Derrick Favors, who they just acquired and re-united with last offseason, is currently norming 6.2 points, 5.6 boards and 1.1 blocks per game. This is a different Jazz squad that we are seeing, and this could be the year that they will finally break out of the middle pack in the Western Conference and go all the way to the Western Conference Finals.

Going back to Mitchell’s case for the coveted MVP plum, it would be easy for him to rack up the numbers and do a tremendous effort of stuffing his stat sheet But there is a sense that Mitchell is more bent on steering this team by being more unselfish and involving his teammates on the offensive end of the floor.

Mitchell reiterated that he is more focused on the collective effort of the team. As per Tim Bontemps of ESPN, the Jazz All-Star guard is aiming to prepare himself and his teammates to be all-in for a championship run this season.

"I think the biggest thing is just focusing on what we do," Mitchell said. "This is the first game of a big stretch we've got coming up, and we've just got to focus on the little details. We have teams [scheduled] that have high-level players, deep playoff experience, and we just have to go out there and do what we do.

The Jazz will be going up against the Sixers on Monday.