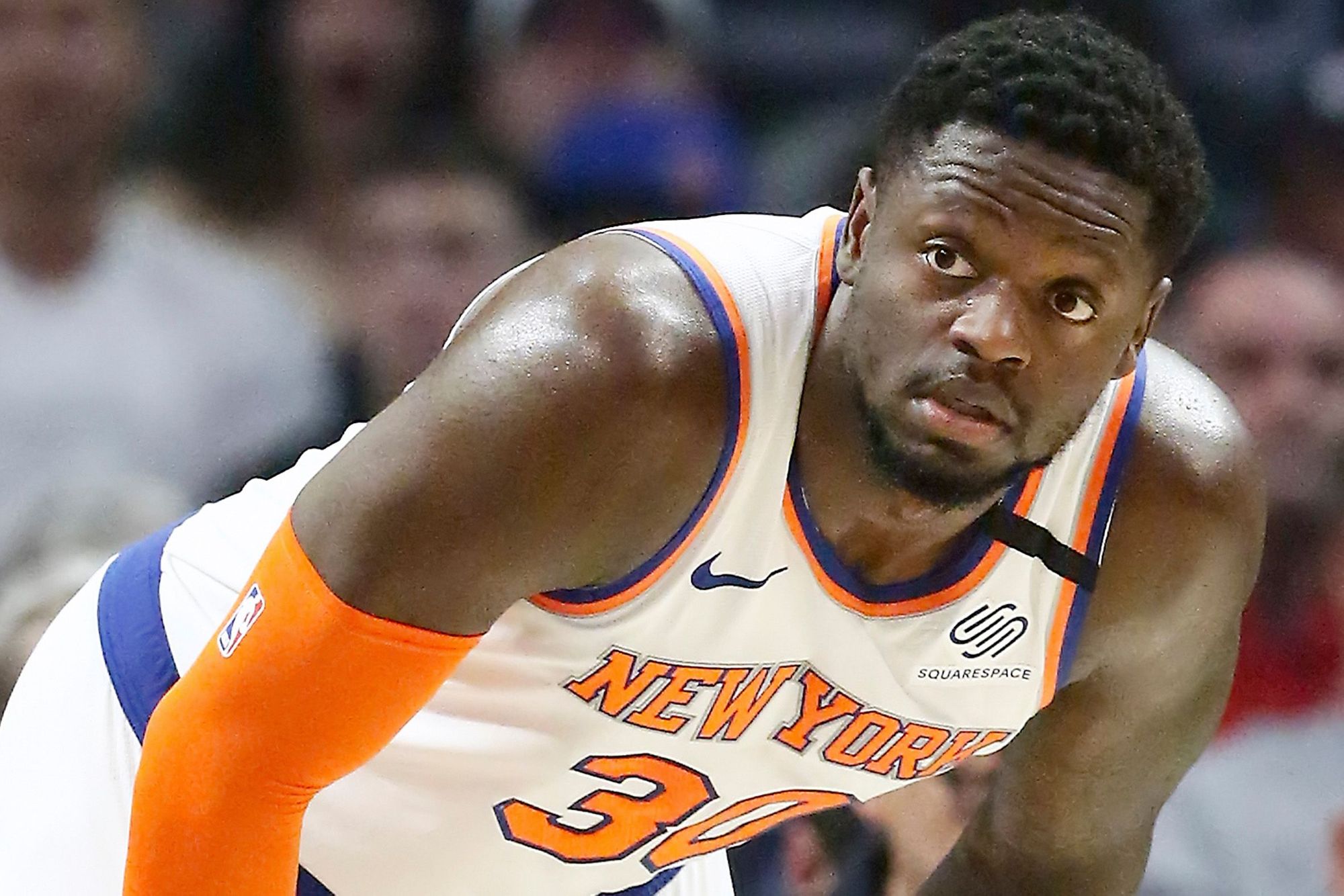 The Julius Randle show is not a thing of fluke in New York. Following a hard-earned 112-100 win over Donovan Mitchell and the more favorited Utah Jazz squad, Knicks new head coach Tom Thibodeau had huge praises towards his lefty power forward. Randle finished with 30 points, 16 rebounds, and 7 assists in the win, as he continues to impress with his much-improved, all-around skill set.

Thibodeau pointed out to Randle as the team’s engine, and his brilliant performances this season very well justifies that description. (h/t Alex Smith of SNY)

“He’s our engine. He plays with a lot of toughness, and there’s a lot of   multiple-effort plays that he’s making, but he’s also playing very               unselfishly. If you cut and you’re open, he’s going to hit you. He can               handle the ball, he’s got very good skills with the ball. I think those     guys are very hard to guard, and his shooting has improved. I thought he had some wide-open looks, but he’s shot the three very well this year, so that makes him harder to guard, and he can out-quick you. I think when you put centers on him, he can take them away from the basket and then crack them off the dribble, or if they close short to him, he can shoot the shot. So, he’s doing a lot of things for us really well.”

Randle, who is in his second year with the Knicks, is putting up impressive numbers of 22.1 points, 11.4 rebounds, 7.4 assists and 0.7 steals per game this season. Moreover, it also seems like he is deviating away from his tendencies of forcing his shots, a thing of weakness in his first six years in the league.

The 26-year old combo big man is norming a decent 51%  overall clip from the field, and an even better 41%  from the three-point line. On top of these great percentages, Randle is also making 76%  of his free throw attempts, another career-high for him.

Most importantly, the Knicks are racking up the wins. The Jazz win was the team’s third straight victory, and has improved their record to a 5-3 start to the season. Randle says that it all boils down to how hard he and his teammates are playing on both ends of the floor.

“It’s a lot of fun, honestly. It’s unfortunate that we can’t have our fans in here to experience the energy of this team, but we’re all out there just playing hard, playing for each other, and it’s just amazing, the growth of our team and the confidence that we have as a team is great, so we just want to keep it going.

We’re playing hard, playing together on both ends of the floor. It’s really just making my job easier. I’m just able to play and play off my teammates and just play with great energy.”

The Knicks entered the season without a true star on their roster. They mostly stayed pat last offseason, and ultimately decided that they will be building their depth from the inside. They found a gem in Immanuel Quickley late in the first round of the draft, although their top selection Obi Toppin has yet to really show what he can do owing to an injury.

Elfrid Payton has also been quite a good surprise for the Knicks, and sophomore shooting guard RJ Barrett is showing glimpses of his potential to become a star in the NBA. But it’s Randle who has been exhibiting the finest play within the team.

“When you look at most players in this league, there’s a progression to  becoming that type of player. They don’t just get there overnight, there          are steps that they have to take along the way, and I think he’s done           that. I think each year he’s gained experience. I think that’s probably the most valuable teacher. I think you learn through listening, and trial and error is a big part of learning. I think all of the experiences he had with LA and then with New Orleans, and then to take all of that with the pause in the season, it allows you to take a step back and reflect and work on the things that you think can help you and things that you learned over time.

And probably the biggest thing that he did, he’s in unbelievable shape          and it tells you the importance of being in great shape. To be able to               play the minutes that he’s playing, I think he prepared himself to do that, and to be honest with you, to win games late, you have to be in great shape.”

It will be tough and maybe improbable for the Knicks to sustain this level of success throughout the year, but there is no doubt that they are headed towards the right direction.

If you’re still questioning the legacy of Golden State Warriors star Stephen Curry, then you should rethink your reasons why. The 32-year old two-time MVP exploded for a career-high 62 points in the team’s recent win over the Portland Trail Blazers as he proved to everyone that he is still score whenever he wants to, even with the defense heavily marking him all game long.

During a recent episode of “The Ryen Russillo Podcast,” Russillo pointed out to the fact that the Warriors star has been largely disrespected throughout his fruitful career. Curry is the best shooter in NBA history, and he has won three championships for Golden State. Still, not a lot of people firmly believe in his ability to carry a team the way someone like LeBron James does. (h/t Ali Thanawalla of NBC Sports)

"Working at ESPN, I was always amazed at how many other athletes were anti-Steph," Russillo said on "The Ryen Russillo Podcast" on Monday. "I've always felt Steph was one of the most disrespected stars, at least in this era of any of the sports. It's weird.

This season will be a very difficult one for Curry and the Warriors, especially with injured All-Star shooting guard Klay Thompson again sitting out the entire year. They acquired Kelly Oubre Jr. to shore up their wing depth, then selected James Wiseman with the second overall pick in the recent draft.

Draymond Green will be back, as well as Andrew Wiggins. But it will be Curry’s brilliance that will lift the Warriors to a playoff ticket in the stacked Western Conference. Steph is currently norming stellar numbers of 29.6 points, 5.1 rebounds, and 6.3 assists per contest, and there is no doubt that he can sustain this high level of individual performance for the rest of the year.