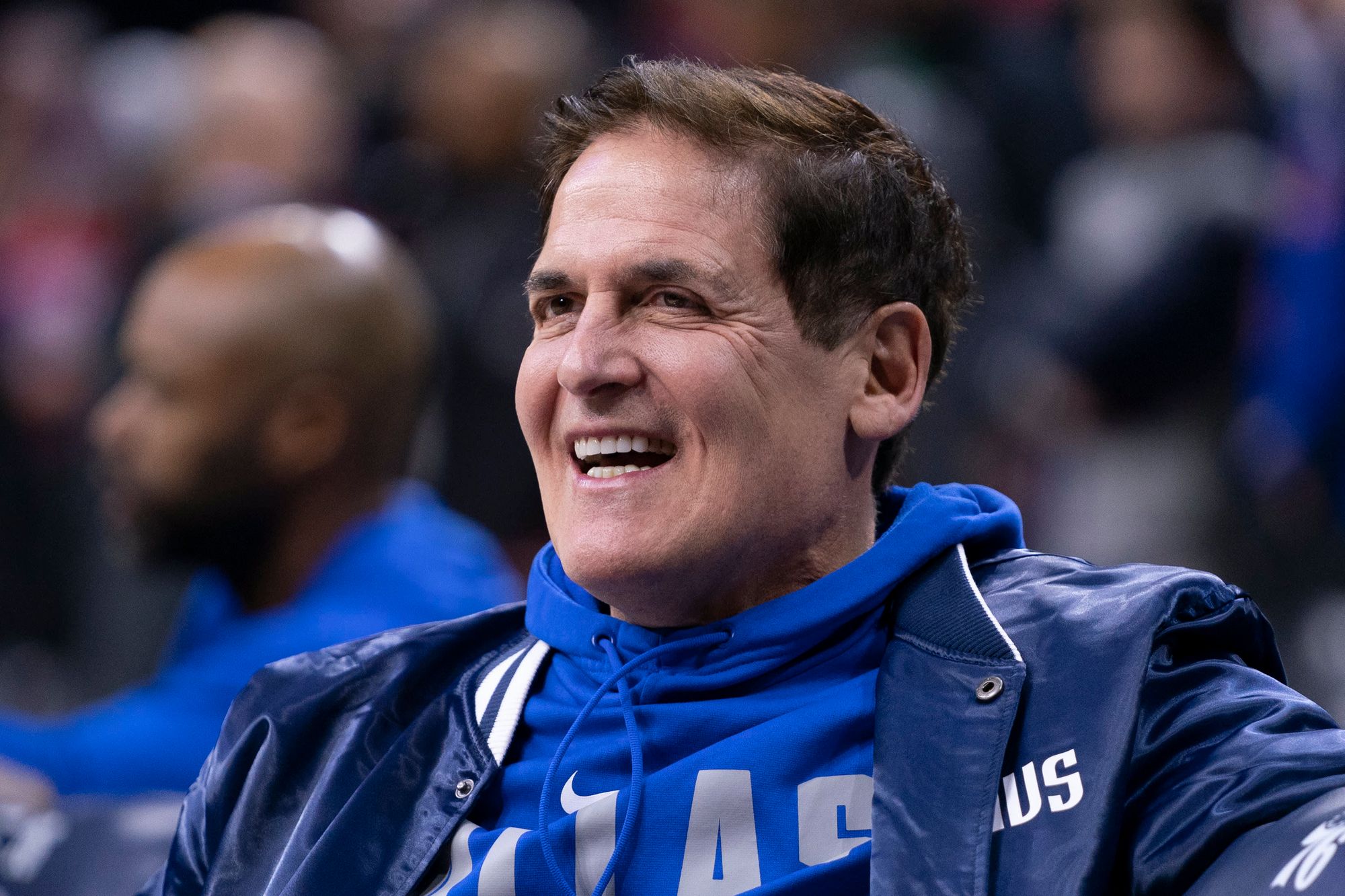 With the 2020-21 NBA regular season about to reach its last stretch towards the more important games in the playoffs, teams are now ramping up their activity on both ends of the floor to get that coveted ticket to the postseason. But for teams in the bottom half of the playoff picture, things will become doubly-hard due to the play-in tournament that they have to successfully go through just to get into the first round of the playoffs.

The play-in game was quite a success last season when Damian Lillard and the Portland Trail Blazers bested out Ja Morant and the Memphis Grizzlies to take the last playoff spot in the stacked Western Conference. The league was obviously ecstatic over the hype and excitement that that play-in match between the Blazers and the Grizzlies garnered, leading to them proposing a play-in tournament between the 7th seed up to the 10th seed teams this season.

That puts the Mavericks in a very tricky situation, especially with all the things that they have to overcome in the 72 games that they should play in the regular season. It is also the reason why Mavericks team owner Mark Cuban is expressing his confusion on why the NBA is still bent on implementing the play-in tournament this year. As per ESPN’s Tim MacMahon, Cuban says that the goal of getting into the Top 6 in the conference to avoid the exhausting grind of the play-in tournament and automatically book a ticket to the first round of the playoffs.

"I get why the NBA is doing it. But if we are going to be creative because of COVID, we should go straight up 1-20 and let the bottom 4 play in. This is the year particularly to do it since the 10 games cut [from the normal 82-game schedule]    were in conference. The worst part of this approach is that it doubles the stress of the compressed schedule. Rather than playing for a playoff spot and being able to rest players as the standings become clearer, teams have to approach every game as a      playoff game to either get into or stay in the top 6 since the consequences, as Luka said, are enormous. So players are playing more games and more minutes in fewer days.

In a regular season of 82 games where we aren't playing 30-plus games in 6 weeks, then it might have been OK. But the compression of so many games into so few days makes this an enormous mistake. If we had gone 1 to 16, with the top 12 in, it still would have been rough, but there would have been more separation between play-    in and the top 12. This is a season where we have to rest high-usage players. We have no choice. And that can and will have consequences."

If the regular season was to end today, the 7th-seeded Mavericks will join the 8th-seeded Memphis Grizzlies, the 9th-ranked San Antonio Spurs and the 10th-ranked Golden State Warriors in the play-in tournament of the Western Conference. For the Eastern Conference, it would be the 7th-seeded Boston Celtics, the 8th-ranked New York Knicks, the 9th-seeded Indiana Pacers and the 10th-ranked Chicago Bulls that are currently positioned to qualify for the play-in tournament.

As for the Mavericks, this has been a year of ups and downs. They struggled early on, particularly due to the fact that their star combo big man Kristaps Porzingis missed the first nine games of the season. But the Mavericks eventually found their groove when Porzingis returned to the court, although the team was still plagued by setbacks like starting center Maxi Kleber missing out tons of nights due to COVID-19 safety and health protocols.

But it is also quite an advantage that they have an exceptional star in Luka Doncic leading the way for them. Luka notched another All-Star appearance this season, and is currently tallying an incredible stat line of 28.6 points, 8.0 rebounds, 8.6 assists and 1.0 steals per game, including shooting percentages of a 48% overall clip from the field and 36% from the three-point line. There is just no doubt that Luka is one of the frontrunners for the MVP award this season, especially if the Mavericks successfully make it to the playoffs.

But before Cuban delivered his criticisms regarding the NBA’s play-in tournament, Luka was the first Maverick to express his tournaments regarding this issue at hand. As per a separate column that MacMahon wrote for ESPN, Luka said that he does not understand why the league has to push for the play-in tournament when the 72-game regular season is already enough to determine the 16 teams that will enter the more important games in the playoffs.

"I don't understand the idea of a play-in," Doncic said Monday after a 113-95 loss to the visiting Philadelphia 76ers, the Mavs' third defeat in four games. "You play 72 games to get into the playoffs, then maybe you lose two in a row and you're out of the playoffs. So I don't see the point of that.

We're just trying to get to the sixth spot," Doncic said. "I think that's our goal right now. Maybe even [higher] than the sixth spot. I want to win every game I play because I hate losing," he said. "That s--- really bothers me. So that's what motivates me, not fighting for some play-in spot."

Aside from the Mavericks, there are also tons of other teams who are in the brink of being relegated to the play-in tournament. One of those teams are the Los Angeles Lakers, who are just coming off a successful championship run in the Orlando bubble last season. The Lakers started the season off the right foot, but numerous injuries to their key players have dropped them to a 33-21 win-loss slate, which is only good for the 5th spot in the Western Conference.

The Lakers’ current growing list of injuries includes the Achilles injury of superstar big man Anthony Davis, the high ankle injury of four-time Most Valuable Player LeBron James, a hamstring injury for veteran big man Marc Gasol, a calf injury for combo forward Kyle Kuzma, a pelvis injury for scoring point guard Dennis Schroder, an Achilles injury for veteran gunner Wesley Matthews, an elbow injury to their recently-acquired big man Andre Drummond, and a torn MCL injury to veteran shooter Jared Dudley. On top of that, young combo wing Alfonzo McKinnie is also sitting out these past few games as he is adhering to the league’s health and safety protocols.

So there is still the possibility that the defending champs will further go down in the standings and be included in the play-in tournament. But as per Zach Kram of The Ringer NBA, there is no doubt that the Lakers will emerge as one of the four teams that will book a playoff ticket via the play-in tournament. However, Kram also pointed out to the fact that the other teams in the West and even in the East have also gotten stronger in terms of star power and roster depth.

Kram said that LeBron might find it very difficult to come up with his fifth NBA championship trophy this season, and that his path to a successful title run this year may prove to be the hardest that he will take all throughout his career.

All of which conspires to make the West much deeper at the top than a season ago, when it was really a two-team race and one of those teams choked in the conference semifinals. The Lakers’ pessimistic forecast this postseason arises not because the Odds Machine believes the Lakers are bad, but because it believes the rest of the league’s best teams are so good that LeBron’s path will be harder than ever. Personally, I’d still take a healthy Lakers squad head-to-head against any team in any series. But against four high-caliber opponents in a row, without home-court advantage, and with questionable health for the two stars? That’s a lot of  uncertainty stacked up, thus the model’s skepticism.

After last season’s title, LeBron said he believed he’s collected the two “hardest championships in NBA league history,” referring to his 2016 triumph over the 73-  win Warriors and his 2020 title. That assessment of the latter stems from the difficulty of the bubble and the state of the world last summer. But just from an on-  court perspective, a repeat this summer would actually be the hardest championship of LeBron’s career, from postseason start to finish.

Aside from the looming exhausting grind of the play-in tournament, there is also the fact that teams have to deal with numerous injuries on their roster. These injuries definitely hinder teams from really establishing much-needed chemistry on both ends of the court. That is the main reason why Porzingis’ health also dictates just how far and just how much noise the Mavericks could inflict in the upcoming games in the playoffs.

Porzingis, who is on his second year with the Mavericks, is currently putting up decent numbers of 20.7 points, 9.4 rebounds, 1.6 assists, 0.4 steals and 1.6 blocks per contest. He is also producing a 48% overall clip from the field, including a 36% clip from beyond the arc. However, Porzingis has recently suffered a sprained right wrist injury that will keep him out for a few more games.

It is also true that Porzingis if finally showing to the league that he has what it takes to be the star that this Mavericks squad need him to be in the playoffs. As per Brad Townsend of The Dallas Morning News, Mavericks head coach Rick Carlisle said that the team definitely counts on Porzingis’ unique ability to space out the floor as a big man, forcing his defender to always stay glued on him. With his height of 7-foot-3, the Latvian combo big man can score on the post and he can also shoot well from beyond the three-point line.

“First of all, there are a couple things that are pretty constant. KP almost always has one of the better defenders from the other team on him, and most of the time, teams are in a switching defense. When that happens, down the stretch [Wednesday] night, we were attacking weaker defenders that were guarding other players. As has been explained so many times, one of KP’s great values is what he brings from a spacing standpoint. When he stands out beyond the 3-point line, his guy is glued to him.

When that happens and we don’t win the game. This kind of thing’s going to come up. So as a coach, I’ve got to reconcile and balance all these things, and try to get and make sure we’re doing the right things during all stretches of the game. That’s a factor. But I don’t feel compelled to go into all the reasons for everything we do medically. A lot of that stuff, it’s up to the trainers and doctors. But I think that’s one of the factors. And he feels good.”

As for the whole Mavericks squad, they still have a lot of work cut out in front of them. After their recent 113-95 loss to the Philadelphia 76ers, they will then embark on a road game against Ja Morant and the Memphis Grizzlies. After that game in Memphis, the Mavericks will then host a five-game home stand that will feature games against the New York Knicks, the Sacramento Kings, the Detroit Pistons, and a two game mini series against the Los Angeles Lakers.