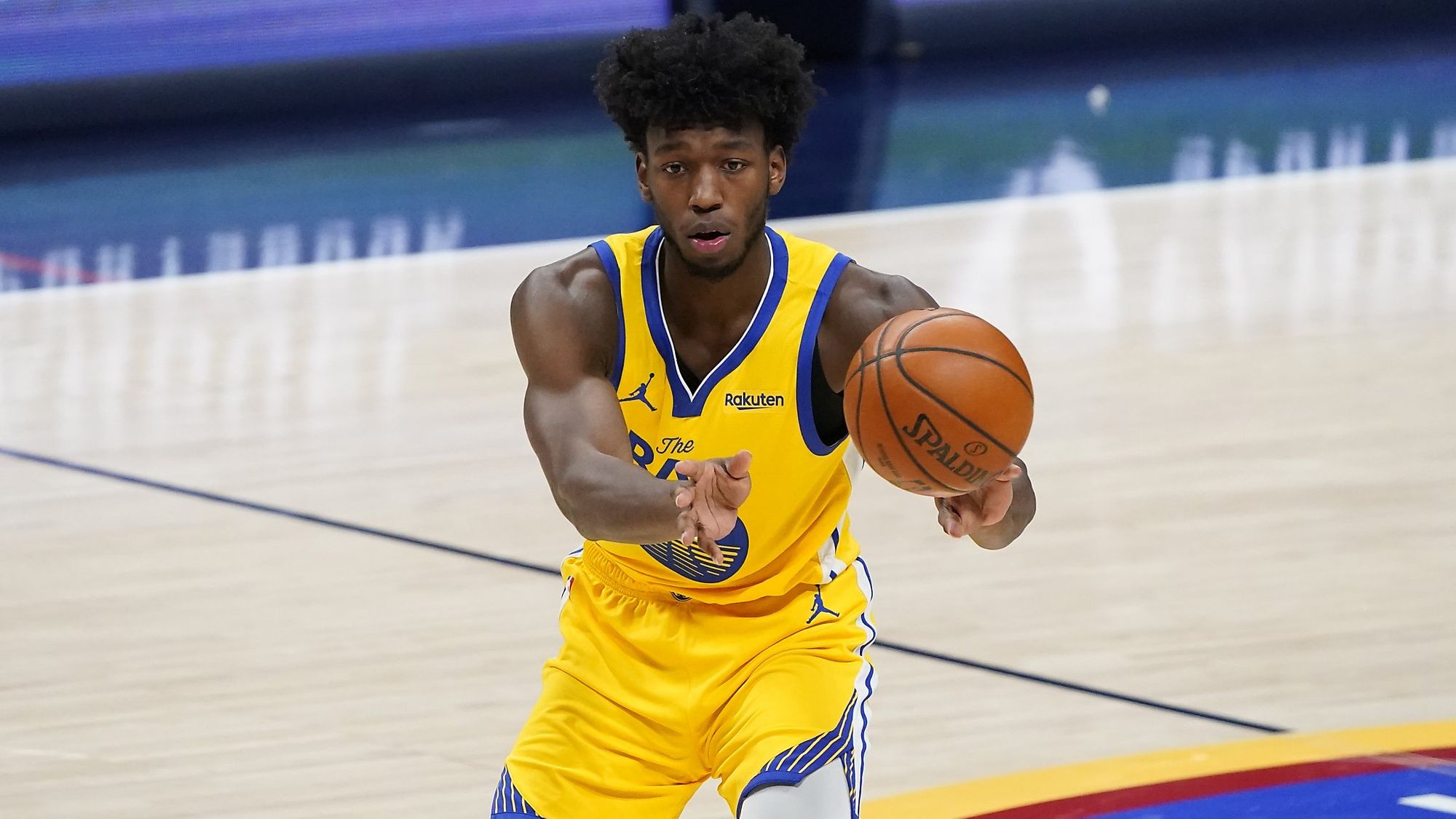 Did the Golden State Warriors make a mistake by selecting James Wiseman ahead of LaMelo Ball during the 2020 NBA Draft? Ball is currently putting up an impressive rookie season as he is averaging all-around numbers of 15.8 points, 6.0 rebounds, 6.3 assists and 1.6 steals per contest for the Charlotte Hornets. On top of that, Ball is also norming a stellar 37% clip from the three-point line, a great asset considering that many people anticipated that his long-range marksmanship will be the weakness of his game.

On the other hand, Wiseman has started in 17 of his 26 games for the Warriors. He is only logging in 20.8 minutes per contest, tallying decent averages of 11.8 points, 5.9 rebounds and 1.1 blocks. Even with the Warriors needing more presence on the frontcourt, Wiseman is only logging in a measly amount of playing time each game.

It is not as if Wiseman is a bad player. He is an elite athlete who packs enough versatility as a starting big man in the NBA. However, Tim Kawakami of The Athletic recently wrote a column where he detailed out the Warriors’ problems when Wiseman is on the floor.

If you say that Wiseman should remain in the starting lineup, which I am saying, then you also have to acknowledge that the team’s five-man unit with the second-worst net rating so far this season is … Wiseman in the starting lineup. That is, Wiseman with Curry, Green, Oubre and Wiggins, which has a staggering minus-15.6 net rating in 176 minutes together on the floor.

That is bad. It might get better over the course of the season. It might remain really bad. But I don’t think there’s a logical fix for this, because Wiseman has to play and work through his problems catching the ball, staying disciplined on defense, holding his position on the defensive glass and generally not fouling everybody in sight. He has to make as many strides as possible this season so he’s ready for next season, when  Klay is back and the Warriors might have one or two other high-talent youngsters on the roster. (Or the Warriors have to see enough to decide whether they should think about trading him for a large return.) There just can’t be any more 11-minute nights for Wiseman like his quick stint in Portland on Wednesday.

So this is not an issue of whether Wiseman has what it takes to be a starting-caliber center in the league. He is only 19 years of age, and his Per 36 Minutes numbers indicates that he is norming a double-double stat line of 20.4 points, 10.2 rebounds and 1.9 blocks per contest. That is already an excellent indicator of how well he could thrive as an impact player on both ends of the court.

You could make the case that the Warriors lost out on potentially selecting Ball, but there is also the fact that they are already looking forward to having a healthy Klay Thompson next year. Thompson sustained an unfortunate Torn ACL injury in the offseason that forced him to again sit out the whole year. Klay already redshirted last season to recover from an Achilles injury, so this was really a big blow to the Warriors’ championship hopes this year.

Of course, it is hard for the Warriors to stay patient and wait out on the return of their All-Star shooting guard. Both Steph Curry and Draymond Green are already well into their 30s, so the team’s championship window is slowly closing in maybe a couple of years more.

But staying patient with Wiseman right now could be the X-factor that the Warriors when they turn it up to another level next season. There is actually no doubt that the Warriors are trying hard this year. They are sporting a record of 19 wins against 18 defeats, good for the 9th spot in the stacked Western Conference. Golden State lost their last three assignments, but there is no reason to doubt that they will eventually bounce back and stay in the play-in picture for the last two playoff spots in the West.

Having said all these, Warriors head coach Steve Kerr recently said that the coaching staff is planning to give more playing time to Wiseman to further advance his individual development. Kerr emphasized that he is not too worried with Wiseman’s struggles on the floor, and reiterated that all these are just growing pains for the 19-year old big man. (as per Monte Poole of NBC Sports Bay Area)

"Where we are right now, he needs to play more. There’s no doubt,” Kerr said, announcing the move shortly in a video conference before tipoff against the Suns in Phoenix. “We’ve got to develop him. The last couple weeks, he has not played as much as he will going forward. Whether he starts coming out of the [All-Star] break or not, we definitely need to get him more time.

It’s all just part of the development,” Kerr said of Wiseman’s growing    pains. “You can’t just say, ‘Let’s throw him out there for 35 minutes    every night.’ That doesn’t constitute development. It just constitutes  playing time. Finding the balance and helping him through the ups and downs of a long season is the biggest part of that development.”

It also must be a great feeling for Wiseman to be a part of a championship culture right from his first day in the NBA. Not all rookies have the golden opportunity to belong to an organization who has won multiple championships in the past decade. It just means that Wiseman has the confidence to trust on what the coaching staff has in store for him, whether it be a role off the bench or the coveted role of starting for your team.

On top of that, Wiseman has also garnered the trust of the people around him. From Kerr to his teammates and to the Warriors front office, the team believes that the lefty big man has what it takes to be a future star in the league.

Warriors president of basketball operations Bob Myers recently made an appearance on the Dubs Talk podcast hosted by Grant Liffman and former NBA player Dorell Wright. Myers dived deep on his thoughts about Wiseman’s potential, and why he is very confident that his young center will eventually figure out his niche in the league. Myers also pointed out Wiseman’s competitive nature and love for the game as the driving force of his growth to become a star in the future. (h/t Josh Schrock of NBC Sports Bay Area)

"The things I do like are, he is competitive. He does love the game," Myers told Grant Liffmann and Dorell Wright on the Dubs Talk podcast. "A lot  of big guys, they play basketball because they are 7-feet tall. They don't play basketball because they love basketball. He actually loves to play basketball. People watching might say, 'Well, doesn't everyone in the NBA?' No, they actually don't. They might like the money. They might like the job but they don't love it. They wouldn't play for free. If something else paid them more they would go do that.

So, that's what gives me great satisfaction and hope with James is that's what is going to carry him. That's what's going to carry him beyond. Where he's playing now or a year from now, it's really about the next three, four, five years. People probably want it now. I'm sure James wants it now. I can't tell him to be patient. He doesn't have to be patient. He can be as impatient as he wants. That's not a bad thing necessarily. But it's a long race.”

After the All-Star break, the Warriors will have a tough schedule ahead of them. They will be going up against Kawhi Leonard and the Los Angeles Clippers, followed by a match-up against Donovan Mitchell and the league-leading Utah Jazz. After those two powerhouse contests, they will then host LeBron James and the defending champs Los Angeles Lakers.