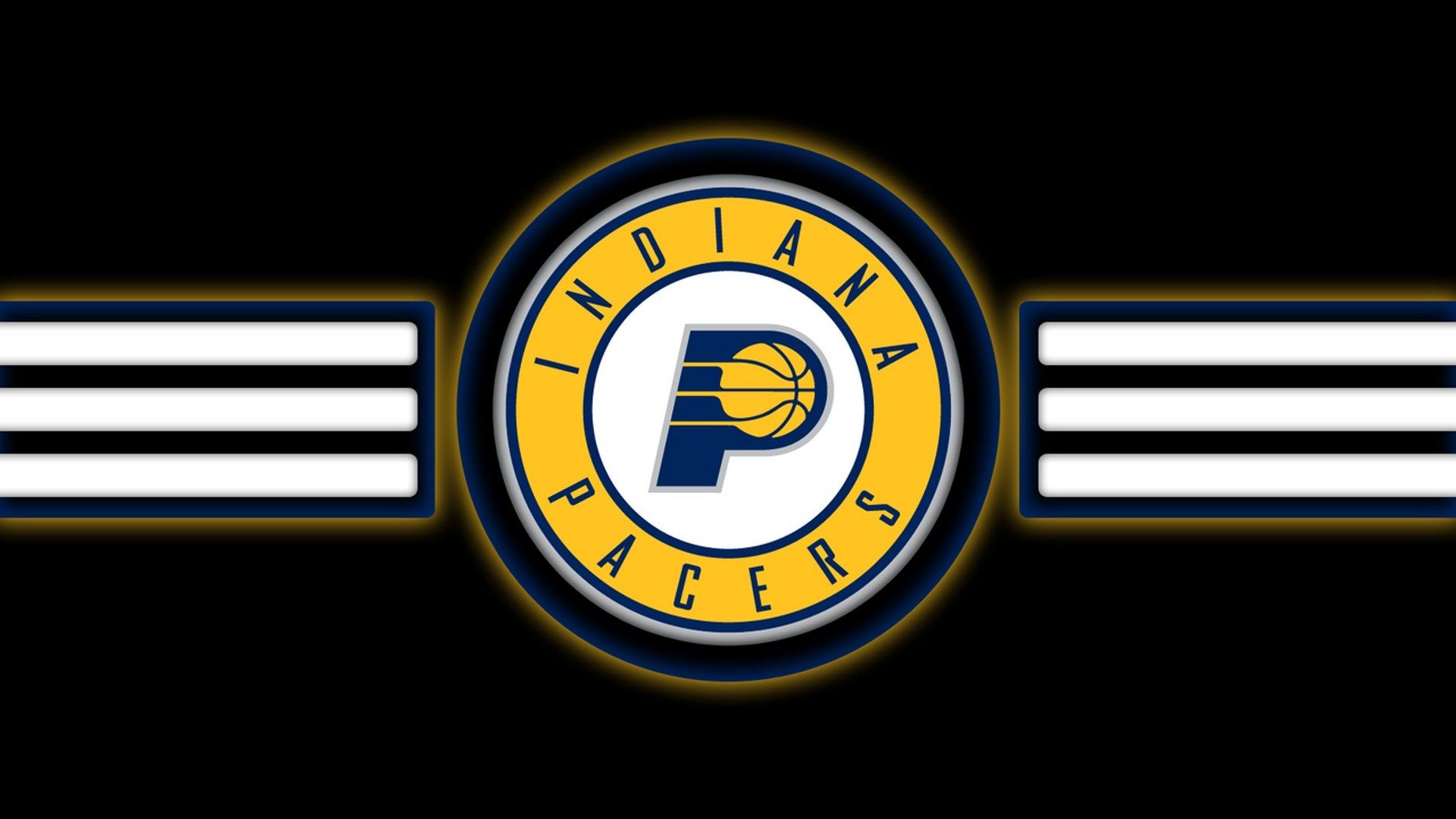 The Indiana Pacers officially finished fourth in the Eastern Conference standings after scoring a 109-92 blowout win over the Miami Heat on Friday. Indiana finished with a 6-2 record in the seeding games in the Walt Disney World campus in Orlando, Florida.

Doug McDermott scored 23 points and grabbed four rebounds off the bench for Indiana, while Malcolm Brogdon tallied 16 points to go along with six rebounds and six assists. Alize Johnson had a double-double with 11 points and 17 rebounds, while Justin Holiday and Aaron Holiday ended up with 11 points apiece for the Pacers, who rested their key players as part of their preparation for the playoffs.

"Every time I get on that basketball court, I play to win," Justin Holiday said of their mentality heading into the game against Miami via ESPN. "That's just how I see it. That's the last game of the regular season. That's a game we're trying to win regardless of who's playing, who's out there, or if we see this team again."

On the other hand, Kendrick Nunn led the Heat with 23 points on top of four assists and three steals. Solomon Hill posted 21 points and seven rebounds, while Tyler Herro added 16 points for Miami, who will end up as the fifth seed in the Eastern Conference.

By finishing fourth and fifth in the East, the Pacers and the Heat arranged a first-round playoff showdown, which will kick off on Tuesday. It remains to be seen whether or not the Heat will be at full strength after losing Derrick Jones Jr. following a scary blow in their game against Indiana.

Jones went down and was left lying on the floor face down for several minutes after running into a solid screen from Pacers rookie Goga Bitadze. The reigning slam dunk champion remained on the floor until he was stretchered out of the arena wearing a neck brace.

"That just takes the air out of the building," Heat coach Erik Spoelstra said of the scary sight during the match. "Even as competitors, you don't want it on either side. You just want to be able to get through this game and be able to have everybody available for the playoffs."

According to the Heat, the reigning slam dunk champion sustained a neck strain and underwent MRI, CT scan, and concussion test as part of the safety protocol. The status of the 23-year-old forward, who is averaging 8.5 points and 3.9 rebounds, will be known after getting reevaluated this weekend.

Meanwhile, the Philadelphia 76ers ended the seeding games with a bang after cruising to a 134-96 win over the Houston Rockets on Friday. The game had no significance for both teams in terms of standings, but the Rockets and the 76ers played their regular rotation for the majority of the first half and third quarter to gear up for their upcoming postseason campaign.

Veteran forward Al Horford, who finished with 10 points and four assists, said that getting playing minutes in their final seeding game meant a lot for the team. The 76ers will be shorthanded in their first-round playoff showdown with the Boston Celtics, as they will be playing without Ben Simmons, who is out with a knee injury.

"I think for us it was important to play, to continue to play," Horford said via ESPN. "I know some teams probably didn't play their (main) guys and things like that, but for us, we're missing Ben. The starting lineup was shaken up. We haven't really played with each other that much, so it was very beneficial for us to go out there today  and to continue to build that chemistry."

James Harden paced the Rockets with 27 points and 10 assists, while Jeff Green posted 17 points and four assists. Eric Gordon and Bruno Caboclo contributed 13 and 11 points, respectively. Houston played without superstar guard Russell Westbrook, whose status for the playoff is still up in the air with a right quadriceps injury.

"We just don't know," Rockets head coach Mike D'Antoni said of Westbrook's status. "He'll be re-evaluated probably every other day. We'll see where he is. Time will tell. Hopefully, it's sooner than later. Obviously, we have to hold serve until we get him back."

The Rockets finished sixth in the Western Conference standings with their 44-28. Houston will face the Oklahoma City Thunder in the first round of the playoffs starting Tuesday.

The Toronto Raptors looked ready to make a lot of noise again in the postseason after ending the seeding games on a high note. The defending champions ran away with a 117-109 victory over the Denver Nuggets on Friday, which was their seventh win in eight games in the NBA bubble in Orlando.

Playing without superstars Kyle Lowry and Pascal Siakam, Stanley Johnson led the way for the Raptors with 23 points to go along with six assists and four rebounds. Paul Watson contributed 22 points and six rebounds, while Norman Powell and Terence Davis added 15 and 14 points, respectively.

With the win, Toronto ended the abbreviated regular season with a 53-19 record to finish second in the Eastern Conference behind the 56-17 Milwaukee Bucks. Raptors head coach Nick Nurse said that he is proud of their performance in the regular season after overcoming a lot of hurdles along the way. There were also doubts about their ability to remain a serious threat after losing Kawhi Leonard and Danny Green in the offseason.

"What we’ve talked about a lot during the year is probably a lot of people didn’t expect us to have this kind of season," Nurse said via Sportsnet Canada. A lot of guys stepped up. A lot of growth for a lot of players. I think our defense was great. There was a lot of resiliency considering we had a lot of injuries, too. I think we were top three or four in injuries or games missed in the wrong direction. Just a good kind of top-to-bottom effort by the crew for certainly the first 60-plus games, and then to    regather and keep it rolling once we got here."

Veteran guard Fred VanVleet, who also rested on Friday, likes their chances of defending their title. The 26-year-old guard, who is averaging 17.6 points and 6.6 assists per game this season, believes that they will be hard to beat in a four-game series in the playoffs.

"We know who we are and that we're good enough to do it and that we’re tough," VanVleet said. "It's going to be hard to beat us four times. If you can do that, we'll shake your hand and congratulate you. But I think we all like our chances."

The Raptors will go up against the seventh-seeded Brooklyn Nets in the opening round of the playoffs starting Monday. Toronto will be the overwhelming favorites in the series, as Brooklyn will be playing without Kevin Durant, Kyrie Irving, DeAndre Jordan, and Spencer Dinwiddie in the playoffs.

The Los Angeles Clippers decided to rest superstars Kawhi Leonard and Paul George along with their regular rotation players but they did not miss a beat, as the reserves showed the depth of their rotation. The Clippers ended the seeding games with a 107-103 victory over the Oklahoma City Thunder in Orlando.

Terance Mann came off the bench and had a near triple-double with 25 points and 14 rebounds to go along with nine assists and two steals. Amir Coffey finished with 21 points, while Patrick Patterson and JaMychal Green chipped in 17 and 13 points, respectively for Los Angeles.

"We expect the same things from our young guys that we expect from the stars of our team: play hard, play together," Cassell said via ESPN. "I'm coaching them hard, Doc was out there the first half, he coached them hard. Those guys did a great job doing the things we need to do to win the basketball game."

The Clippers, who are one of the favorites to win it all this season, finished second the Los Angeles Lakers in the Western Conference standings. The Clippers will be facing the Luka Doncic-led Dallas Mavericks in the opening round of the playoffs. Their highly anticipated series will kick off on Monday.