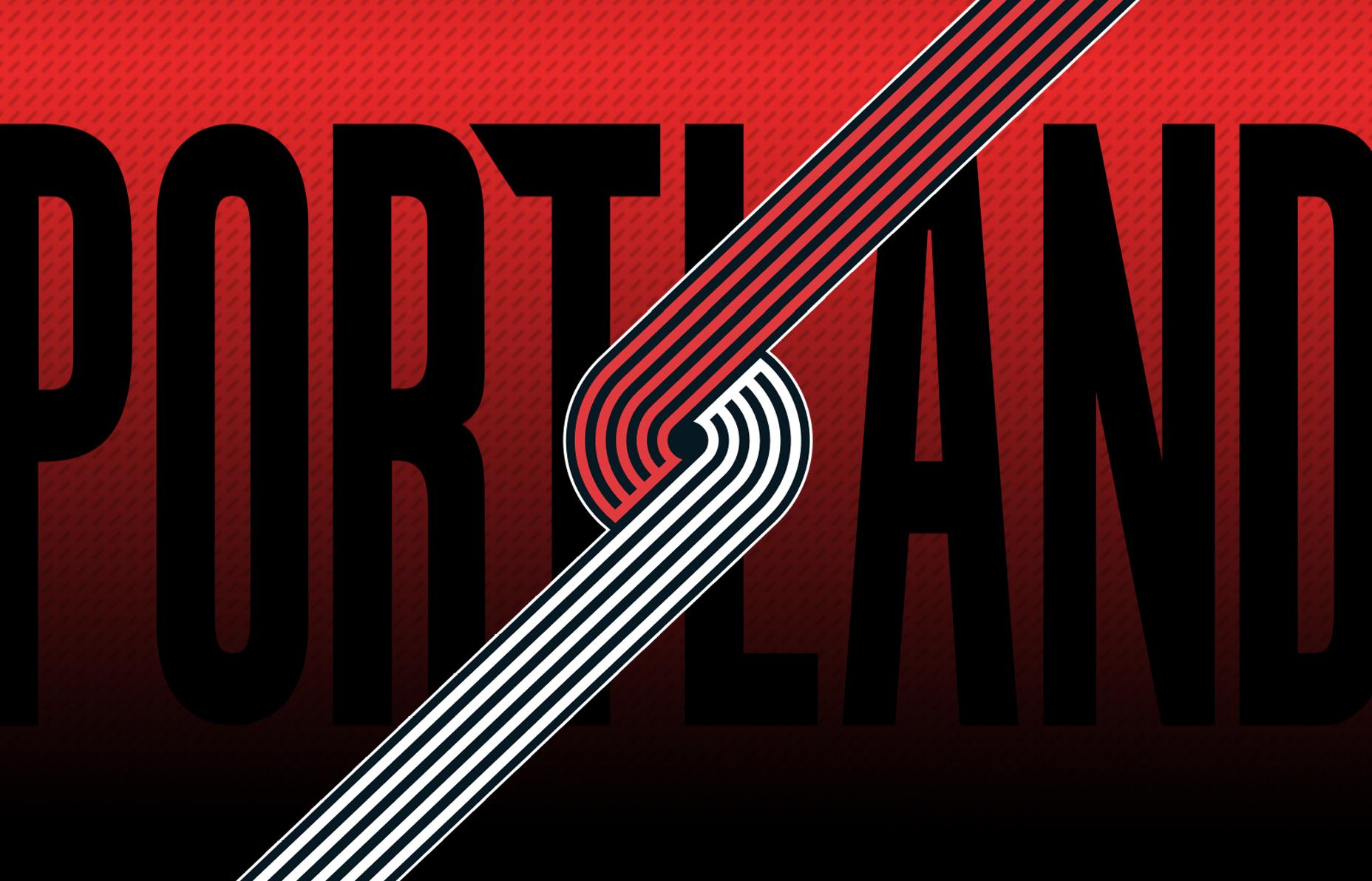 The Portland Trail Blazers inched closer to the Memphis Grizzlies in the race for the eighth and final playoff spot in the Western Conference after scoring a 125-115 win over the Denver Nuggets on Thursday in Orlando, Florida.

Damian Lillard was simply too hot to handle for the Nuggets, as the superstar guard erupted for 45 points on 13-for-21 shooting from the field, including an 11-for-18 clip from beyond the arc. The 30-year-old guard also kept his teammates involved, dishing out 12 assists, while also tallying three steals.

Lillard was locked in and looked determined to lead his team to an all-important win against the heavily-favored Nuggets. The win moved them just half-game behind the eighth-place Memphis Grizzlies in the race for the final playoff spot in the Western Conference standings.

"Obviously, he had an outstanding game scoring the ball, assists, but more than anything else, his leadership tonight, his will to win was palpable," Trail Blazers coach Terry Stotts said of Lillard via ESPN. "You could just feel it, how important this was to him."

Gary Trent Jr. also had a solid game for the Trail Blazers, providing a spark off the bench with 27 points on 10-for-15 shooting with seven three-pointers in 36 minutes. Jusuf Nurkic ended up with 22 points to go along with seven rebounds and two blocks, while CJ McCollum added 13 points on top of six board and six assists.

Michael Porter Jr. remained hot for the Nuggets, as he tallied 27 points and 12 rebounds. Jerami Grant chipped in 18 points, while Mason Plumlee and PJ Dozier contributed 13 points apiece. Nuggets head coach Mike Malone limited the minutes of his key starters and he had nothing but praises for his second unit's performance in the second half.

"I thought our second-half effort was tremendous," Malone said. "I thought our guys competed. Portland was playing for their playoff lives with all their starters in, we've got guys who haven't played a lot of minutes in the NBA and we're giving them all they can handle."

With the loss, the Nuggets dropped to 45-24, but they remained third in the West. They are still 1.5 games ahead of the fourth-place Houston Rockets and fifth-place Utah Jazz, who both hold a 43-25 record.

Phoenix Suns Improve to 4-0 in the NBA Bubble

Meanwhile, the Phoenix Suns are still the hottest team in the NBA bubble in Orlando. The Suns notched their fourth consecutive win after cruising to a 114-99 triumph over the Indiana Pacers.

DeAndre Ayton was solid for the Suns again, as the former first-overall pick posted 23 points and 10 rebounds. Devin Booker finished with 20 points and 10 assists, but the superstar guard gave the credit to Ayton, praising him for the improvement that he has been showing in their recent games.

"He is doing an unbelievable job of screening and we are making good reads," Booker said via ESPN. "He's grown. Every time out is a new experience for him to learn and he is picking it up. We still have four games left and we have to keep fighting though."

Cameron Johnson finished with a double-double with 14 points and 12 rebounds, while Dario Saric racked up 16 points and eight rebounds. Saric said after their game that their success in the bubble is far from just pure luck, pointing out that the team has been working hard to prepare for the restart since May.

"We are feeling great," Saric said. "This hasn't happened overnight. Since the first week of May, guys have been working hard every day. We really worked on our games  and it has paid off for us. We are playing without pressure and playing freely."

The Suns climbed to the 10th spot in the Western Conference playoff race with a 30-39 record. Phoenix needs to finish at least ninth in the standings and should be less than four games behind the eight-place team to arrange a play-in matchup for the final playoff spot in the West. Up next for the Suns are the Miami Heat, Oklahoma City Thunder, Philadelphia 76ers, and Dallas Mavericks, respectively.

The Houston Rockets dominated the short-handed Los Angeles Lakers, 113-97, on Thursday. The match between the Lakers and the Rockets was a preview of a possible second-round showdown in the 2020 NBA Playoffs.

James Harden sizzled against the Lakers, as he tallied 39 points on 11-for-19 shooting from the field. The veteran guard also dished out 12 assists, grabbed eight rebounds, and added three steals for the Rockets. Mike D'Antoni also praised Harden for his conscious effort to make an impact on the defensive end of the floor.

"His commitment on defense is number one," D'Antoni said of Harden. "He stays locked in and is trying to win whatever it takes, accepting the double teams and trying to bust it through to other guys. So there's a lot of good things to marvel about."

Ben McLemore also stepped up for the Rockets with 20 points and four rebounds, taking the spot of the Russell Westbrook in the starting lineup. Jeff Green chipped in 15 points off the bench, while Danuel House and Austin Rivers contributed 14 points and 11 points, respectively.

Kyle Kuzma led the Lakers in scoring 21 points, while Anthony Davis ended up with 17 points and 12 rebounds. The Lakers missed LeBron James with a groin injury and Alex Caruso with a sore neck. The Lakers have now lost in their last two games since clinching the top spot in the Western Conference.

Lakers coach Frank Vogel did not sound too alarmed, though. The first-year Lakers coach said that the game allowed them to learn a lot of things about the Rockets, knowing that they are likely to face the same team in the second round if Houston ends up fourth in the West.

"They’re a unique team with how they play on both ends of the floor so we did some  things poorly at times, we did some things well at times," Vogel said via Los Angeles Times. "So, you just learn from the tape and you put it in the game plan for the next time you play these guys and learn to attack their switching a little bit better than we did."

Meanwhile, the Sacramento Kings remain in the hunt for at least the ninth spot in the Western Conference playoff race. The Kings snapped their three-game losing skid in the bubble with a 140-125 win over the New Orleans Pelicans in Orlando.

Bogdan Bogdanovic led the charge for the Kings, finishing with a career-high 35 points on 13-for-20 shooting to go along with four rebounds and three assists. DeAaron Fox also torched the Pelicans with 30 points and 10 assists on top of three steals and three rebounds.

With the win, the Kings pulled even with the Pelicans at 29-39. They still have a mathematical chance of making the playoffs through the play-in round, but it will all depend on the results of the remaining games of the Suns, Spurs, Trail Blazers and the Grizzlies. Kings coach Luke Walton remains optimistic about their playoff chances.

"We are still in it," Walton said via the Sacramento Bee. "You never know. We’ve got four more games and there’s a big group of teams right there, so we’re playing to win these games and trying to give ourselves the best chance to get into a playoff and I thought today was a good step forward."

The Los Angeles Clippers showed why they are one of the top favorites to win it all this season after running away with a 126-111 win over the Dallas Mavericks. The Clippers kept the Mavericks at bay, overcoming several comeback attempts from Dallas in what could be a preview of a first-round playoff matchup.

Dallas managed to tie the game midway through the fourth quarter, but the Clippers put the clamps on them, unleashing a 9-0 run down the stretch en route to their 46th win in 68 games this season. Kawhi Leonard led the way for Los Angeles with 29 points, while fellow superstar Paul George added 24 markers.

Meanwhile, Eastern Conference favorites Milwaukee Bucks shifted to next gear when it mattered the most, as they pulled off a 130-116 win over the Miami Heat. The Bucks were just a point ahead with almost five minutes left in the match, but they unleashed a huge 20-0 run to dispatch the Heat.

Giannis Antetokounmpo, the leading NBA Most Valuable Player candidate, posted 33 points and 12 rebounds to go along with four assists. Khris Middleton also erupted for 33 points with five three-pointers on top of eight assists and six rebounds for the Milwaukee, who shot 52.6 percent from the field.

The Bucks moved closer to clinching the best record in the league at 55-14. On the other hand, the Heat, who played without superstar forward Jimmy Butler and starting point guard Goran Dragic, remained fourth in the Eastern Conference playoff race with their 43-26 card.