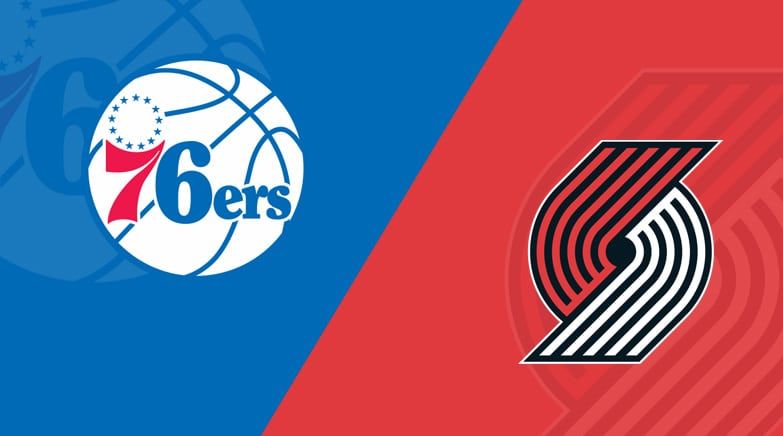 Superstar guard Damian Lillard made sure that he will not let the Portland Trail Blazers down for the second consecutive night. Lillard led Portland to a crucial 124-121 victory over the Philadelphia 76ers on Sunday in Lake Buena Vista, Florida.

Lillard, who missed crucial free throws and three-pointers in their loss to the Los Angeles Clippers on Saturday, was simply too hot to handle for the 76ers. The 30-year-old guard erupted for 51 points on 16-for-28 shooting to go along with seven assists, three rebounds, and two steals.

The 76ers, who played without Ben Simmons and lost Joel Embiid early in the match, looked poised to deal the Trail Blazers a gut punch to their playoff hopes. However, Lillard had other plans in mind, as he posted 18 points in the fourth quarter, including crucial baskets late in the game.

Down by a point with 2:53 left to play in the match, Lillard completed a four-point play off a foul from Josh Richardson, which proved to be the turning point of the match. Following the four-point play, the high-scoring guard knocked down another three-pointer to make 120-114 in favor of the Blazers. Tobias Harris answered with a dunk, but Lillard converted a layup in the ensuing position, and the Blazers held on to the win.

"It wasn't really so much my performance yesterday and I wanted to perform a certain way today," Lillard said after the game via ESPN. "It was like, we let one slip that we should have had yesterday, and I'm a big part of why it got away from us."

Veteran forward Carmelo Anthony also made big plays down the stretch for the Trail Blazers to finish with 20 points to go along with seven rebounds. CJ McCollum added 16 points and seven rebounds, while Jusuf Nurkic and Mario Hezonja added 15 and 12 points, respectively.

With the win, the Trail Blazers remained ninth in the Western Conference standings with their 33-39 record. They are in a good position to earn a play-in spot and are also still in the hunt for the eighth spot, which would give them a double elimination advantage in the battle for the final playoff ticket in the West.

On the other hand, the 76ers dropped to 42-28 and are now likely to finish sixth in the East. But despite the loss, 76ers head coach Brett Brown praised his team for their performance on Sunday despite missing Embiid for almost the entire game. Simmons also missed the game due to a knee procedure, which could keep him out for the entire season.

"I thought our guys fought," Brown said. "I really thought the spirit of the group was fantastic. We called upon many different players that I think played with a spirit and a passion that you're proud of."

Richardson led the 76ers with 34 points on 13-for-20 shooting, including a 6-for-10 clip from beyond the arc. The defensive-minded guard also added six assists and five rebounds, while Alex Burks provided a 20-point lift from the bench. Tobias Harris scored 16, while Al Horford and Shake Melton added 15 and 11 points, respectively.

The Brooklyn Nets continue to silence their critics after scoring another win to clinch the seventh spot in the Eastern Conference standings. This time, the Nets caught a big fish, as they ran away with a 129-120 win over the Los Angeles Clippers, who are considered as strong favorites to win it all this season.

"Really showing a competitive spirit about us which is great to see, a group of guys  that are gelling together, appreciate each other and are really playing extremely hard," Nets interim coach Jacque Vaughn said via the New York Post after the game."It's indeed fun to be a part of."

Caris LeVert posted 27 points and 13 assists, while Joe Harris had 25 points and two rebounds. Tyler Johnson added 21 markers off the bench, while Jarrett Allen had a double-double with 16 points and 16 rebounds on top of four assists and two blocks.

LeVert said that their confidence is growing continuously despite being doubted by experts before the restart. The Nets are playing with key players Kevin Durant, Kyrie Irving, DeAndre Jordan, and Spencer Dinwiddie in the bubble but have won in four of their six games in the NBA Restart.

"Just belief in ourselves, belief in the work that we put in," LeVert said. "We believe we can play with anybody, regardless of what anybody says, regardless. We know how close we are as a group."

The Clippers, who opted to rest Paul George on Sunday, dropped to 47-23. They are still second to the Los Angeles Lakers but are now just a game ahead of the third-place Denver Nuggets. The Clippers and the Nuggets will face off on Wednesday, which could eventually decide who will end up as the second seed in the West.

Meanwhile, the San Antonio Spurs kept their chances of advancing to the play-in round alive with a 122-113 win over the New Orleans Pelicans on Sunday. The win helped them keep the 10th spot in the West and they are just half-game behind the ninth-place Trail Blazers.

"If we're able to be in that ninth spot, that's quite a victory and it says a lot about how this young group has come together with three of the starters out," Spurs coach Gregg Popovich said via ESPN. "I'm already thrilled with how they played, and it'd be really fantastic if we could get that."

DeMar DeRozan had another productive night for San Antonio with 27 points, while Rudy Gay provided a huge spark off the bench with 19 points and five rebounds. Dejounte Murray finished with 18 points, while Derrick White and Marco Belinelli contributed 16 and 14 points, respectively.

JJ Redick, on the other hand, paced the New Orleans with 31 points, while rookie sensation Zion Williamson finished with 25 points and seven rebounds. The Pelicans absorbed their 40th defeat against 30 wins. They are now officially eliminated from playoff contention.

The Toronto Raptors will officially finish second in the Eastern Conference standings after tallying 109-99 win over the Memphis Grizzlies. Pascal Siakam erupted for 26 points for the Raptors, while Norman Powell and Kyle Lowry posted 16 and 15 points, respectively. By finishing second, the Raptors arranged a first-round playoff showdown with the seventh-seed Nets.

Dillon Brooks had a solid night for Memphis with 25 points, while Ja Morant ended up with 17 points and 10 assists. However, their productions were still not enough to help the Grizzlies improve their chances of avoiding a play-in round. Memphis' loss guaranteed that there will be a play-in for the final playoff ticket in the West.

"I'm not worried about no play-in game right now," Morant said via ESPN. "My focus now is learning from my mistakes from this game against the Raptors, try to fix them, and go out and play Boston."

Also in the Eastern Conference, the Boston Celtics strengthened their hold on the third spot. Boston escaped with a 112-119 win in overtime over the Orlando Magic to improve their record to 47-23. Gordon Hayward had a solid night with 31 points on top of nine rebounds and five assists, while Jayson Tatum finished with 29 markers.

With the loss, the Magic will end up eighth in the Eastern Conference. They will be facing the league-leading Milwaukee Bucks in the first round of the 2020 NBA Playoffs.

The Houston Rockets played without Russell Westbrook on Sunday, but the former Most Valuable Player was hardly missed after Austin Rivers torched the Sacramento Kings with 41 points in their 129-112 win. James Harden was in his usual rhythm, finishing with 32 points on top of eight rebounds, seven assists, and three steals.

"I believe I'm a premier scorer," Rivers said via ESPN. "That's just how I feel. But   I'm on a team where that's not required of me. Every night I play with the best scorer  in the NBA, and I play with one of the other best scorers too with James and Russ."