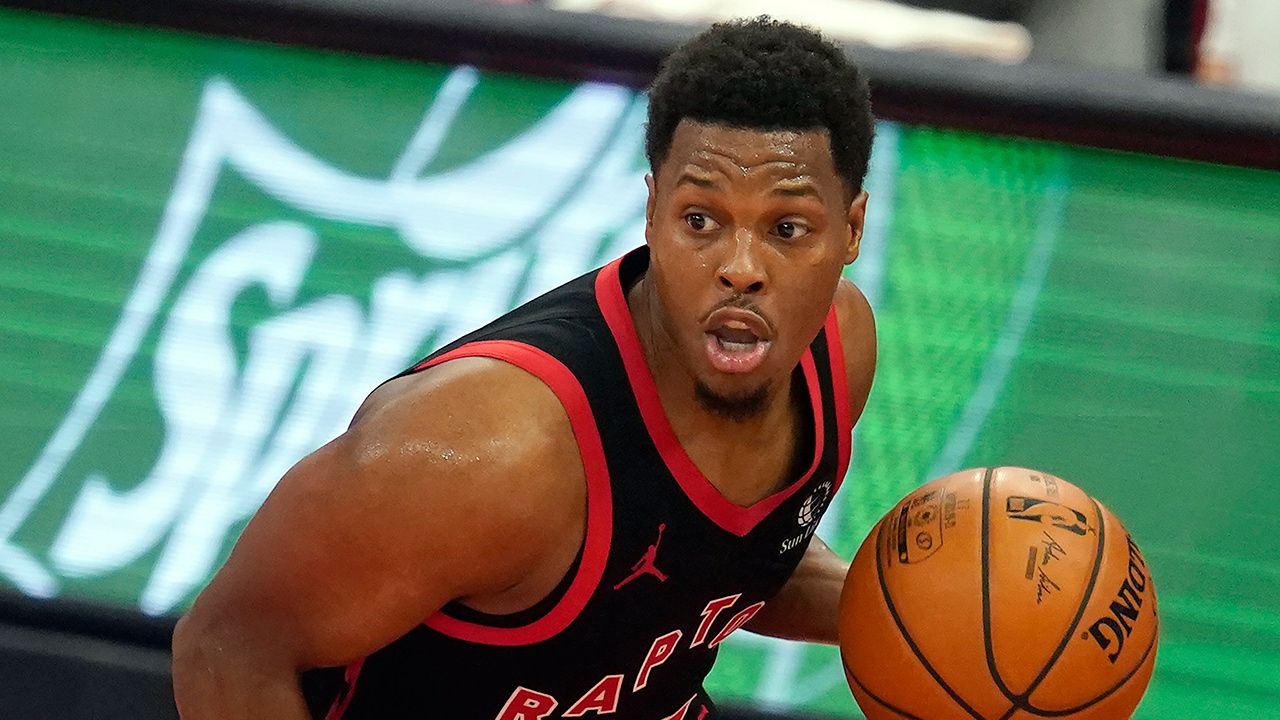 Lowry could soon be on his way out of Toronto

Even right after the Toronto Raptors lost to the Boston Celtics, there were tons of speculations about the potential end of Kyle Lowry’s long tenure with the team. The veteran point guard was entering unrestricted free agency, and it was expected that a lot of contenders will be putting up their offers for the one-time champion playmaker.

But the Raptors were able to snag Lowry for one more year as they rewarded their captain with a huge one-year, $30 million contract. That was surely a number that he could not garner from other teams, and it was also understood that the Raptors organization wanted to reward Lowry with all the sacrifices and contributions he produced for the team.

But it has also become apparent in recent days that the Raptors are about to offer another reward to the 34-year old point guard. The Raptors have been winning even with Lowry sitting out several nights, and Fred VanVleet even produced a masterful 54-point performance in a win over the Orlando Magic.

Keith Pompey of The Philadelphia Inquirer recently reported that the Raptors could soon move Lowry, while citing the Philadelphia 76ers, the Los Angeles Clippers and the Miami Heat as potential destinations. Nothing is written on stone just yet, but this is also an indication of what might happen soon in the Raptors’ nest.

According to sources, those three teams could become potential trade destinations for the former Cardinal Dougherty High School and Villanova standout. That is, of course, if Lowry opts to not finish the season with the Raptors.

A source said Lowry would like to be in Philly. The source believes the Sixers and Raptors might be able to get something done. But if it comes to that, Toronto would most likely want some picks, young players, and veterans with expiring contracts for Lowry, who’s making $30 million this season.

Lowry, who will be turning 35 this year, is currently putting up 18.0 points, 5.7 rebounds, 6.6 assists and 1.2 steals per contest. He is also averaging an excellent 46% clip from the field, a really good rate for a perimeter player. On top of that, Lowry is also producing a stellar 40% clip from the three-point line.

So these solid numbers indicate that Lowry is still an effective operator on the floor. He is still one of the best two-way backcourt players in the league, and the hustle and intangibles he brings to the table are excellent assets that contribute to his valuable winning mentality.

But while these rumors could be exciting developments for the interested teams, Lowry’s agent Mark Bartelstein told everyone to temper their expectations. Bartelstein recently appeared on the Sirius XM NBA Radio to talk about the trade rumors as he emphasized that the Raptors front office have told him that those speculations are not true. (h/t to Justin Grasso of All 76ers/Sports Illustrated)

“That’s just not true,” Bartelstein said. “I got on the phone with Masai (Ujiri, Raptors president) and Bobby (Webster, Raptors GM) and let them know that certainly wasn’t coming from us. The communication’s great (between Lowry and the Raptors)… his focus is on playing for the Raptors and winning and helping his teammates and doing great things the rest of the season.”

To be frank, we should never expect an agent to come outright and say his client wants to be traded. As Lowry is happy in Toronto and very far away from causing a James Harden-like situation with the organization, talks between his reps and the Raptors' front office will remain internal.

With young talented players like Fred VanVleet, Norman Powell, Pascal Siakam and Chris Boucher emerging as true cornerstones for this Raptors squad, Lowry has become an expendable yet valuable asset for the 2019 NBA champions. But that is not to say that Lowry’s production on both ends of the floor has declined. He is still very effective in what he does, and his winning DNA is something that you would really need come playoff time.

However, it is also true that the Raptors need to give their young stars the platform to close out games on their own and develop the much-needed composure to extract difficult wins in close-call contests. VanVleet is already becoming an All-Star-caliber player as he is norming an all-around stat line of 20.1 points, 4.4 rebounds, 6.6 assists and 1.7 steals per game. Siakam, on the other hand, is also tallying 20.1 points, 7.5 rebounds, 4.8 assists and 1.2 steals.

Powell is currently producing an efficient scoring season of 17.7 points while shooting a tremendous 43% clip from beyond the arc. Boucher is pulling in numbers of 13.0 points, 6.5 boards and 2.0 blocks in just 23.3 minutes per contest. So it is already safe to say that the Raptors’ future are in good hands.

Jake Fischer of Bleacher Reports also wrote a column where he pointed out to the fact that VanVleet, along with rookie guard Malachi Flynn, could be the future of the Raptors backcourt.

It may be that Lowry, who's a free agent after this season, is the best trade chip for the Raptors' front office. He remains their third-leading scorer, top creator and a lethal three-point shooter, but his expansive role inevitably caps everyone else's.

The Raptors just committed $85 million over four years to retain Fred VanVleet as the franchise's long-term ball-handler. If his 2019 Finals performance and 54-point outburst last week in Orlando were any indication, he's capable of handling full-time creation abilities. Of course, he still benefits from Lowry's own playmaking, but Toronto drafted another crafty combo guard in Malachi Flynn with the 29th pick   in November for a reason.

Still, there is really no doubt that Lowry’s imprints and legacy can be seen all over this Raptors organization. When Kawhi Leonard came to town during the 2018-10 season, Lowry changed his game a bit by veering away from scoring and focusing more on making plays for his teammates.

The result was that Lowry put up 14.2 points that season, but averaged a career-high 8.7 assists per contest. You cannot just put a price on the many sacrifices that Lowry has contributed to this Raptors team, and the organization could very well reward that by trading him to a team who has serious chances to compete for the coveted championship.

On top of all these things, Lowry’s mentorship and impact on the growth of VanVleet is something that the Raptors organization will forever be thankful for. VanVleet worked his way from being undrafted to playing in the G League, and eventually carving a niche in the Raptors’ rotation. He broke out of his shell last year, but he is putting up a season that could be the start of his jump from being a good player to a superstar playmaker.

Dan Devine of The Ringer detailed out how VanVleet rose to prominence, while also diving into the fact that Lowry contributed a lot to the young combo guard’s development.

That gamble paid off: After playing well in summer league, Toronto signed him to a two-year deal. Continuing to excel with the Raptors’ G League affiliate earned him a rotation role with the NBA club in his second season; shining in that role brought a two-year, $18 million contract in 2018.

All along, he kept developing, extending his range, honing his game. He went from Kyle Lowry’s understudy and a key second-unit piece to a Finals folk hero on an NBA championship team. (He even earned a Finals MVP vote from the sainted Hubie Brown!) From there, he evolved into a bona fide starter alongside Lowry in one of the NBA’s best two-way backcourts. This past offseason, he became one of the league’s most sought-after free agents, securing the biggest bag of his career to stay right where he’d made his name, cementing himself as a foundational piece of the Raptors’ future—once a stone that 29 other franchises rejected, and now a cornerstone.

It remains to be seen if the Raptors will truly pursue an avenue to trade Lowry, but it is also true that VanVleet now has what it takes to be the undisputed leader of this Toronto team.