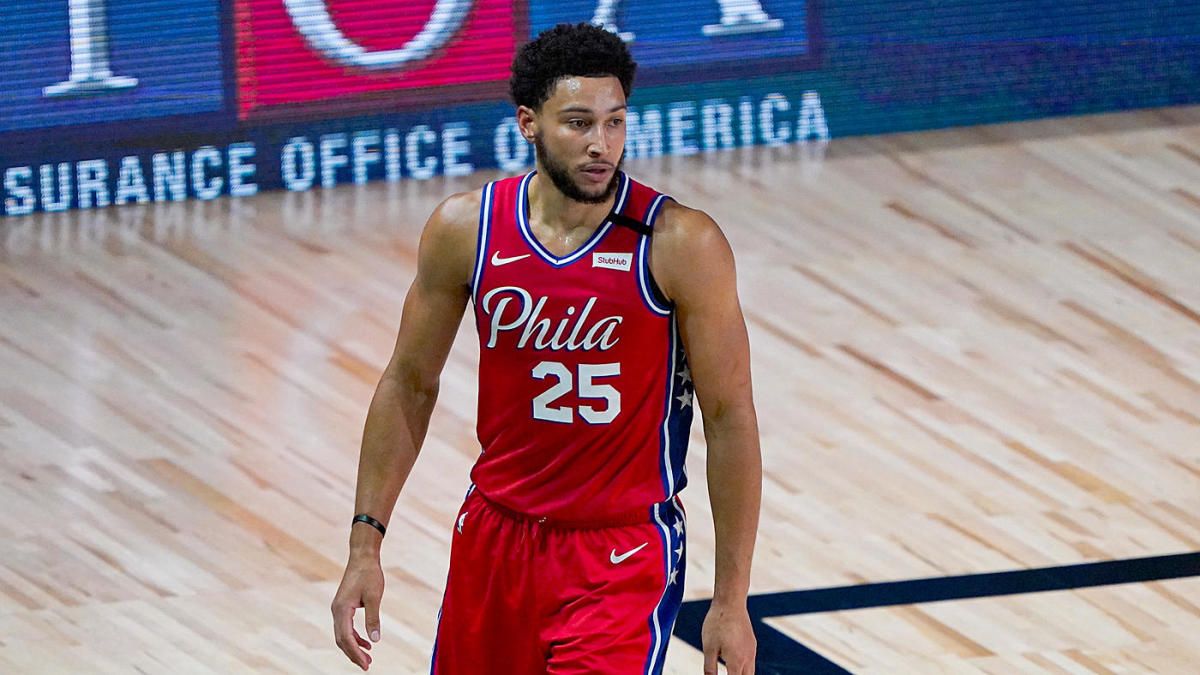 The Cleveland Cavaliers will likely make major moves in the offseason in the hopes of at least making the playoffs next season. The Cavaliers failed to make it into the bubble this season after finishing dead last in the Eastern Conference standings with a 19-46 record.

While it is too early to tell at this point because the 2019-20 season is still ongoing, Chris Fedor of Cleveland.com believes that the Cavaliers would be interested in trading for Ben Simmons. The 76ers will see action in the 2020 NBA Playoffs. And if the 76ers fall short again this season, Fedor believes that Philadelphia will eventually trade either Simmons or superstar center Joel Embiid.

Among the two superstars, Fedor believes that Simmons is a realistic target for Cleveland and he is a player who could make a huge impact for the team. The 76ers are expected to ask for a huge haul before giving up Simmons, but Fedor thinks that the Cavaliers have enough to make a good run at the Australian superstar.

"The Cavs, of course, would have interest in Simmons. He possesses the talent and versatility to immediately alter the team’s future," Fedor said. "The Sixers would want a haul for the 2016 No. 1 pick who is locked up through 2023-24 and will probably be named to the All-Defense First Team. But the Cavs believe they have enough to assemble an enticing package, especially with recent first-rounders littering the roster, a top six pick coming in October and a future first from the Milwaukee Bucks."

Darius Garland, the fourth overall pick in the 2019 NBA Draft, will likely be the main piece that the Cavaliers will offer to the 76ers in case Philadelphia expresses willingness to move Simmons. Garland will likely get the attention of the 76ers as well because of his shooting ability, something that they need to make Embiid more effective.

Aside from Simmons, Fedor believes that the Cavaliers also has Chicago Bulls star Zach LaVine on their radar. Several teams, including the New York Knicks and Brooklyn Nets, have already been mentioned as possible suitors for LaVine in case the high-scoring guard asks the Bulls to trade him. It remains to be seen whether or not Chicago's new front office views LaVine as part of their future.

As for the Cavaliers, it is no secret that they be in playoff contention starting next season. They added Andre Drummond, who brought additional presence inside the paint. Fedor added that the momentum the Cavaliers had under new head coach JB Bickerstaff made them convinced that the team has a realistic shot of making the playoffs next season if they make the right moves in the offseason.

"Our priority is developing the guys that we have here and who we can identify to take the biggest step to make us that team that we want to be. And that’s a playoff- contending team," Bickerstaff said during his end-season call. "That’s what our focus is right now. I trust our front office. They work tirelessly and are prepared. And, again, it was a small sample size, but if you look at the way we competed over that stretch, there’s no reason why we can’t have that conversation about achieving that  goal for next year."

The Golden State Warriors are also expected to be mentioned in numerous trade rumors in the offseason. The Warriors, who were a perennial contender in the past several seasons, finished with the worst record in the NBA this season. While it is mostly due to injuries to key players and losing Kevin Durant, it is no secret that the Warriors need to shore up their roster if they want to compete for the title again next year.

Orlando Magic star Aaron Gordon is continuously being tagged as a possible trade target for the Warriors. During a roundtable discussion, Grant Liffmann of NBC Sports said, though, that the Warriors would need to do a lot to pull off a trade for Gordon. He added that the realistic target for Golden State is San Antonio Spurs veteran Rudy Gay.

"Aaron Gordon would take a lot of maneuvering to pull off, and I am not sure the Warriors will want to take their time to do so if it means sacrificing assets and passing up other opportunities," Liffmann said. "Rudy Gay has been a name that has popped up in rumors, and would typically make sense if the front office figured they would be getting the 2018-19 version of him versus the one this season that struggled mightily."

Gay is averaging a career-low 10.7 points per game on top of 5.4 rebounds and 1.7 assists. However, a change of scenery could work wonders for the veteran forward. If traded to the Warriors, they won't be a lot of pressure on his shoulders to create for himself with the defense collapsing on Steph Curry and Klay Thompson. Gay could play a role that is almost similar to the role of Andre Iguodala during their championship runs.

Marc Gasol Would Be a Perfect Fit for Golden State

The Warriors can also use their mid-level exception to sign a veteran who could boost their title chances. There are several ideal candidates for Golden State, but Andy Liu of NBC Sports believes that making a run at Marc Gasol makes the most sense for the Warriors.

"Not only is he perfect for Steve Kerr, he'd be the best addition to the bench since David West," Liu said of Gasol. "Great passer, screen-setter, defender and shooter that will play both on the closing and second unit. There's no better player, I'd argue, that would fit this team, regardless of money."

Gasol is averaging just 7.7 points and 6.4 rebounds this season, but the veteran center has played a key role for the Toronto Raptors this season. The 35-year-old Spaniard, who was also a factor during their title run last season, is playing in the final year of his five-year, $113 million contract and would be an unrestricted free agent.

Liffmann agreed that Gasol would be an ideal addition for the Warriors, but he also mentioned that Golden State should target Serge Ibaka. The defensive-minded forward will also become an unrestricted free agent this season. In an ideal situation, the 30-year-old would want to get a deal near his current three-year, $65 million contract, which would be difficult for Golden State, but Liffmann is not closing his doors on a possible deal.

"The reason most people do not include Ibaka's name in their wish list is because there is an assumption that he will be seeking a big-money deal," Liffmann said, "But if we are talking possibilities that could be realistic, we have to consider the idea that the financial ramifications of the pandemic might be greater than even some anticipate, which would make attaining Ibaka on a one-year deal not completely out of the question, though yet again, very unlikely."

Blake Griffin Could Turn into the "Centerpiece" the Charlotte Hornets Lack

The Charlotte Hornets were expected to struggle this season after losing superstar Kemba Walker in free agency. But despite missing a spot in the NBA bubble, the Hornets showed flashes of brilliance this season and got a lot of reasons to be optimistic about their future, especially if team owner Michael Jordan finally decides to spend more money.

If the Hornets want to take a step forward next season, Zach Buckley of Bleacher Report believes that the Jordan-owned franchise should go after Blake Griffin. Griffin is being mentioned in a lot of trade rumors and it will not be a surprise if the Detroit Pistons move him.

The former first overall picks struggled this season, but if he can bounce back next year, it would be good for the Hornets as a team and for their budding stars. Second-year guard DeVonte Graham turned heads this year after posting 18.2 points in 63 games, which is way better than his averages of 4.7 points last season.

Terry Rozier averaged 18.0 points in his first season in Charlotte, while PJ Washington proved to be a good pick for them at 12th overall last year. Washington posted 12.2 points to go along with 5.4 rebounds and 2.1 assists for Charlotte in 58 games, including 57 starts.

"He may not have the bounce he did during his peak, but his shooting range has stretched out to the three-point line, and he's a borderline brilliant table-setter for a 6-foot-9 power forward," Buckley said of Griffin. "If he can dominate the basketball and do the right things with it, that means cleaner three-point shots for Graham, wider attack lanes for Rozier, and Washington never being forced into trying to do too much."

It remains to be seen, though, whether or not the Pistons would eventually part ways with Griffin. However, Buckley pointed out that Detroit appears ready to move into a new direction after trading Andre Drummond in a salary-dump deal with the Cavaliers before the trade deadline earlier this year