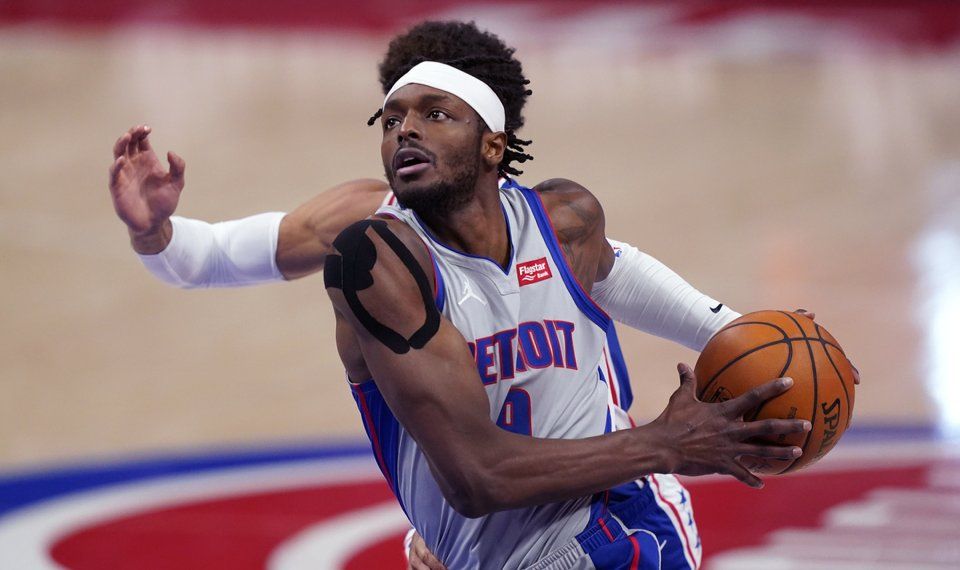 The NBA trade deadline circus is finally opening the curtain. With the March 25 trade deadline coming just around the corner, tons of teams are now ramping up their activity in an obvious effort to shore up their respective rosters in time for the last push towards the more important games in the playoffs.

Having said that, one of the teams that are poised to be an aggressive player before the trade deadline is the Boston Celtics. The Celtics, who are spearheaded by their two All-Stars in Jayson Tatum and Jaylen Brown, are only sporting a record of 19 wins against 18 defeats this season. That performance is definitely below what is expected of them, especially with both Tatum and Brown putting up career-best seasons this year.

So it is only fitting that the Celtics front office is getting more desperate in landing a high-impact player to bolster their chances of making another deep playoff run this season. That player they are looking for could come in the form of Jerami Grant, who is having a break-out year for the Detroit Pistons.

The 27-year old Grant, who is on his first year with the Pistons, is currently putting up stellar numbers of 23.7 points, 5.4 rebounds, 2.9 assists and 1.1 blocks this season. That is a drastic jump from his 12.0-point average with the Denver Nuggets last year, and that improvement should help boost his case to win the Most Improved Player of the Year award.

During a recent appearance on the A-List Podcast hosted by A. Sherrod Blakely and Kwani Lunis o the CLNS Media, James Edwards III of The Athletic said that the Celtics have engaged the Pistons for a possible trade that would land Grant in Boston. However, the Pistons beat writer hinted out that the price to get Grant could prove to be very high for teams who will express interest.

“I believe the Celtics have offered multiple first for him (Grant). I don’t know what multiple means, it could be two it could be three.

We were just on a zoom with Troy Weaver the Pistons GM, and he basically said there are guys who are going to be here for awhile but no one is untouchable. I don’t think Grant is on another team starting in April.

Boston seems like a team that is very very very desperate to get him. I don’t think a team is willing to go where it takes to get him.”

If you are already thinking of the players that the Celtics need to send out to match Grant’s salary, you don’t have to do that anymore. The Celtics have the Traded Player Exception (TPE) which they can use to take in a player’s contract without sending out one of their players to match salaries.

Grant packs a $19 million salary this season, which easily fits into the Celtics’ $28 million TPE that they received when they engaged with the Charlotte Hornets in the sign-and-trade deal that involved Gordon Hayward. The Celtics also have smaller TPEs at their disposal, which they got from separate trades that involved former players Enes Kanter and Vincent Poirier.

As to what kind of player the Celtics are primed to getting, that will of course be dependent on the level where Tatum and Brown are in right now. As per Sam Amick of The Athletic, he wrote that while Tatum and Brown want the team to do everything for collective success, these two young stars appear not to be interested in taking a step back in the Celtics’ hierarchy of stars.

It’s safe to assume the Celtics’ young co-stars are in no mood to take a step backward anytime soon, but that they’ve accomplished so much at such a young age makes the Celtics’ internal calculus tricky here. Even  without the contractual pressure that often dictates these kinds of dynamics, there is a pressure to sustain a certain level of contention that Brown and Tatum have grown accustomed to having.

When you’ve grown accustomed to East Finals appearances before even sniffing your 25th birthday, it’s tough to accept any sort of regression. Brown made that much clear just before the break.

That could be the not-so-open reason as to why they are aiming to get an all-around player in Grant, instead of looking for a highly-credentialed star who will take in a lot of the workload on offense. You just cannot blame Tatum and Brown for not wanting to take a step back this season.

Tatum, who has notched his second straight All-Star appearance, is doing everything for the Celtics this season. The all-around scorer is norming impressive numbers of 25.1 points, 7.0 rebounds, 4.4 assists and 1.3 steals per contest.

On the other hand, Brown is also having a career-best year so far. He nabbed his first career All-Star selection while putting up a tremendous stat line of 24.4 points, 5.6 rebounds, 4.0 assists and 1.2 steals. Both of these young stars have identical two-way skill sets that make it possible for them to do damage on both ends of the floor.

But will the Celtics front office continue to adhere to that situation? Amick emphasized that his sources said that Boston actually pushed a button for a James Harden trade, but did not want to admit that publicly.

The good news for Brown? It appears Celtics ownership, management  and coach Brad Stevens feel the same way. That was evident during the Harden saga, when sources say Boston’s level of interest and involvement far surpassed what Ainge was willing to admit to when he addressed it publicly. Ironically, that deal — as opposed to a possible trade for Barnes — likely would have required Brown to be dealt.

Constant contention doesn’t come cheap, of course. If the Celtics were to make this move, their core of Tatum, Brown, Barnes, Walker and Smart would be owed a combined $124.3 million next season. By comparison, the Brooklyn Nets’ core of Harden, Kevin Durant, Kyrie Irving and Joe Harris is owed a combined $138.7 million. You’re cutting the check to play with the big boys, but would that be enough to justify the cost?  That’s what they have to decide.

As for the Pistons, letting go of a budding star in Grant should be a difficult ordeal. His two-way skill set is the perfect cornerstone for the Pistons to build around, especially now that it appears as if they are heading into a full rebuild starting next season.

They are just fresh off buying out Blake Griffin’s contract, and they just traded veteran point guard Derrick Rose to the New York Knicks this season. Interestingly, Grant has become the “veteran” in this very young squad, along with other vets like Wayne Ellington, Mason Plumlee and Delon Wright.

In a separate column for The Athletic, James L. Edwards III reiterated that the Pistons front office are in no rush to trade away Grant as they consider him as the centrepiece of their franchise moving forward.

Grant is in the midst of his best season as a pro, and despite him not being selected for his first All-Star appearance this year, many teams  have checked in on his availability and made offers, per league sources. However, Detroit appears to have *no interest* whatsoever in trading Grant, who is averaging 23.4 points this season and is in good position to win the NBA’s Most Improved Award, per league sources.

Grant’s relationship with Weaver is very strong. It’s a big reason why the 26-year-old left a winning situation in Denver to join the rebuilding Pistons. Grant is considered a franchise building block and embodies everything Detroit wants its culture to be about moving forward.

The Pistons are sporting a measly record of 10 wins against 27 defeats this season. Killian Hayes, their top selection in last year’s draft, sustained a major injury early in the season and reports say that there is a good chance that he could return to the Pistons’ active lineup probably this month.