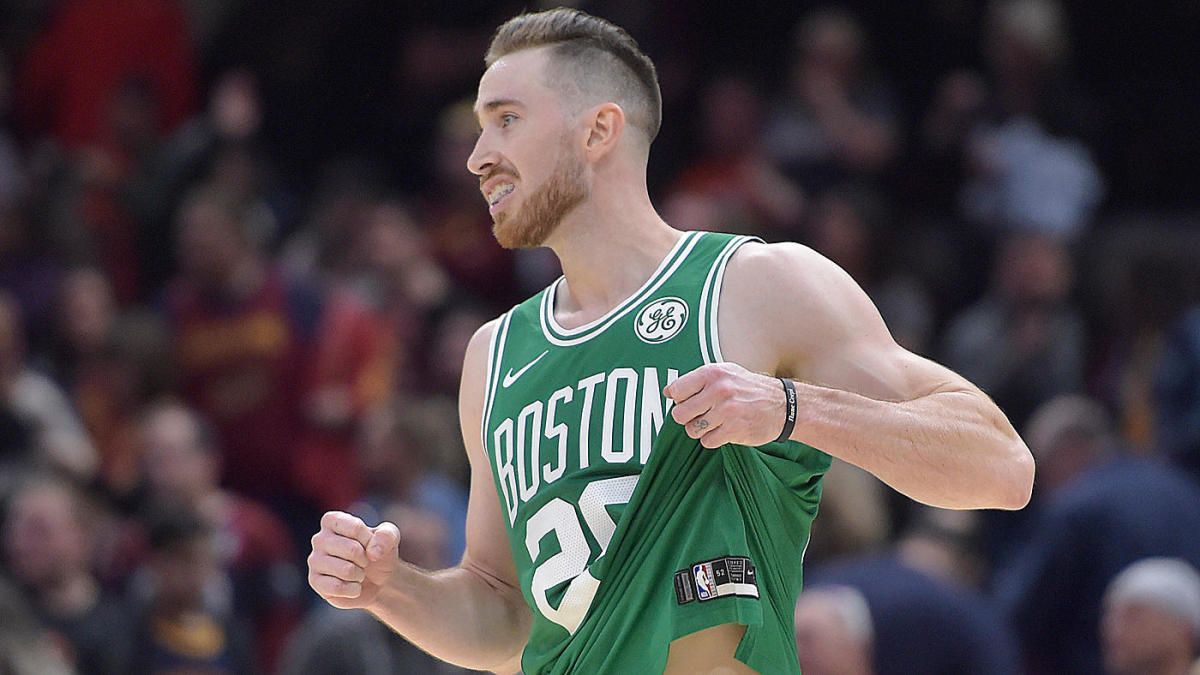 The Boston Celtics were busy looking for deals this offseason in the hope of bouncing back stronger next season after losing to the Miami Heat in the Eastern Conference Finals. The Celtics reportedly tried to trade for Jrue Holiday in which they even considered trading Kemba Walker. The Celtics signed veterans Tristan Thompson and Jeff Teague, but they also lost former All-Star Gordon Hayward.

Hayward got a four-year, $120 million deal from the Charlotte Hornets in free agency. But before Hayward had the opportunity to sign elsewhere, the Celtics could have traded him and get assets in return. Hayward eventually opted out of his $34.2 million player option for next season. During the days leading to his decision, the Celtics reportedly received trade offers for the veteran forward.

The Indiana Pacers were strongly interested in bringing Hayward to his hometown team. According to Gary Washburn of the Boston Globe, Hayward made it no secret that he wants to play in Indiana. The Pacers were reportedly prepared to arrange a sign-and-trade agreement to acquire Hayward, but the negotiation did not lead to a deal due to Boston's demand.

Washburn said that the Pacers were prepared to send Myles Turner and Doug McDermott to the Celtics in exchange for Hayward. However, the Celtics did not agree to the initial offer, asking for Turner and Victor Oladipo or TJ Warren instead. As expected, the Pacers did not budge because Oladipo's value can increase next season and Warren is coming off a strong stint inside the NBA bubble.

According to Sam Quinn of CBS Sports, the counter offer from the Celtics is a "classic Ainge greed," referring to Celtics president of basketball operation Danny Ainge's preference for lopsided deals. It was revealed that the Celtics were not too high on Turner, which is why they were asking for a player that they "want" before absorbing the contract of the 24-year-old center, who will earn $17.5 million per year in the next three seasons.

Although the Celtics managed to find a way to bolster their frontcourt with a cheaper two-year, $18 million deal for Thompson, Quinn thinks that not agreeing to Indiana's initial offer was a mistake. Quinn understands that Turner's contract was the issue, but he is convinced that Turner would have been a great fit for the Celtics because of his ability to stretch the floor and his impact on defense.

"Given how much cheaper Thompson is, the Celtics decided they could do without Turner's shooting, which I believe is, or was, a mistake," Quinn said. "Boston's endless flow of pick-and-rolls begs for a popping big like Turner who keeps the floor spaced and the lane open. And again, the interior defense is elite. Teams shot just 51 percent inside of six feet when being defended by Turner last season."

Turner, who became expendable because of the development of Domantas Sabonis, averaged 12.1 points to go along with 6.6 rebounds and 2.1 blocks per game for Boston. His three-point shooting percentage went down from 38.8 percent during the 2018-19 season to 34.4 percent last season, but it was mainly because of the increased attempts from beyond the arc.

Although there are holes in his game, Turner is still young has plenty of room to develop. Yes, Thompson can be a great rebounder and presence for the Celtics down low, and can also bring veteran leadership because of his championship experience, but Quinn said that they could be a better now had they decided to acquire Turner and McDermott instead of losing Hayward for nothing.

"He's a big body and feels like more of a bruiser, but he's also two inches shorter than Turner and, again, can't shoot," Quinn said, referring to the 29-year-old Thompson. "The Celtics are, pretty simply, a worse team with Thompson than they would've been with Turner, and this is to say nothing of losing Hayward."

The Atlanta Hawks are considered as winners in this year's offseason after signing valuable free agents. Atlanta acquired Bogdan Bogdanovic, Danilo Gallinari, Rajon Rondo, and Kris Dunn in free agency. They also shore up their frontline after selecting Onyeka Okongwu as the sixth overall pick in the 2020 NBA Draft.

With the moves that they made, the Hawks are now being tagged as a playoff team in the Eastern Conference. Their duo of young stars Trae Young and Josh Collins are now more experienced, and is set to benefit from their veteran acquisitions. However, Greg Swartz of Bleacher Report thinks that the Hawks should not be contented at this point.

Swartz thinks that the Atlanta Hawks should reach out to the Washington Wizards about a possible trade for Bradley Beal. The Wizards superstar has been mentioned in numerous trade rumors this offseason. Swartz said that Atlanta should offer Cameron Reddish, De'Andre Hunter, Kevin Huerter, Clint Capela, and top-10 protected first-round pick next year in exchange for Beal and Thomas Bryant.

Swartz is convinced that the Hawks should take advantage of the young assets that they have while their value is still high. A trade for Beal makes a lot of sense for the Hawks, as it will give them a very potent backcourt duo in Young and Beal, who are two of the best scorers in the league at this point.

"So with the Hawks clearly wanting to win now, why not go after one of the biggest names on the trade market?" Swartz said. "A starting backcourt of Trae Young and Beal could average 60 points per night with Bogdanovic and Gallinari spacing the floor and rookie Onyeka Okongwu holding everything together on the defensive end."

Hawks general manager Travis Schlenk has also indicated that they are ready to make more moves if an opportunity comes. Schlenk is aware that they have young players that have high trade value along with future picks. He said that if there is a superstar that becomes available in trade, he is confident that they will be in a good position to acquire them because of the assets that they have.

"We have a lot of guys on our roster that other teams value, so we always want to keep ourselves in position if there is a star player that comes available, we're in position to go and try acquire them," Schlenk said. "We’re in a nice situation there because we do have a lot of young talent that people value, and now we have good veterans that we can use to match salary. We’re going to continue to look to be aggressive as we build      this team out."

It does not necessarily mean that they will make another big move this offseason, but Chris Kirschner of The Athletic is convinced it is just a matter of time before the Hawks comes up with another stunning move. Kirschner said that the Hawks could roll the dice with the current group, but the situation could be a lot different if Beal or another star demands for a trade before the deadline next season or next year's offseason.

"Atlanta is a prime candidate for a consolidation trade at some point," Kirschner said. "The Hawks don’t have to cash in yet, and it doesn’t make sense to do so now before they know exactly how the additions are going to look with the players who were brought back from last season. But the next trade deadline or next offseason could be a different story. The moves made this past week are just the start of what could be something bigger."

Waiting before striking makes a lot of sense for the Hawks, especially if they are targeting Beal. Wizards general manager Tommy Sheppard has insisted time and again they are not trading Beal, even saying that their plan is to build the team around the former Florida standout. But like what Kirschner, everything could be a lot different come the deadline and next offseason.

"We're building this team around Bradley Beal," Sheppard said during his    appearance on The Lowe Post podcast of ESPN's Zach Lowe. "He's a tremendous human being. He's a tremendous player. He's exactly what we want to have here with the Washington Wizards."

It was not a surprise, though, because Beal is actually coming off the best season of his career. The two-time NBA All-Star averaged a career-high 30.5 points, finishing second to James Harden in the scoring race. His scoring numbers last season was a significant jump from his 25.6-point average during the 2018-19 season. Beal also posted 6.1 assists, 4.2 rebounds, and 1.2 steals per game.

The Wizards are still in a favorable situation as well because the superstar is still in contract at least in the next two seasons. Beal is set to earn $28.75 million next season and $34.5 million in the 2021-22 NBA season. He holds a $37.26 million player option for the 2022-23 NBA season, which means that he can be a free agent in 2022 unless he agrees to sign another extension with the Wizards.