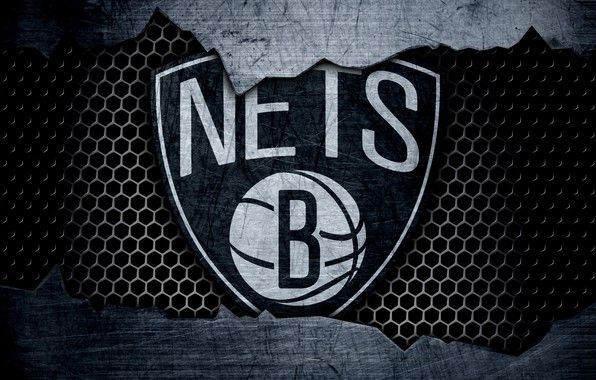 With Kevin Durant sitting out the entirety of the season and Kyrie Irving missing a huge chunk of it, the Brooklyn Nets weren’t able to test drive their new superstar duo. Despite the fact that they don’t have a winning record, the positive takeaway is that they are still positioned for the playoffs as they hold on to the 7th seed in the Easter Conference.

Once KD and Kyrie come back on the court, there’s no denying that the Nets will be catapulted into elite contention. The team’s supporting cast around their two stars is arguably one of the best league, although there are a myriad of uncertainties surrounding the squad.

No offense meant for the young gunner Caris LeVert, but Spencer Dinwiddie is the third star in this team. However, can the scoring guard co-exist with another backcourt scorer in Irving? That is a question that the Nets front office has to address as Dinwiddie could be a valuable trade asset should they try to test his value in the market. Then there is also the team’s young center Jarrett Allen. After the stunning firing of Kenny Atkinson, interim head coach Jacque Vaughn has demoted Allen to the bench and inserted vet big man DeAndre Jordan to the starting line-up.

Reports have it that Durant and Irving are more inclined on giving more playing time to Jordan, which means that Allen could be an expendable asset. Even though both All-Stars are relatively new in Brooklyn, they already have their imprints all over the place. There is a win-now mode activated in the organization, so trading for a third superstar is not far from the horizon.

In a column written by Stefan Bondy for the New York Daily News, he reported that the Nets are figuring out how to land Washington Wizards shooting guard Bradley Beal. Bondy singled out the names of LeVert, Dinwiddie and Allen as the possible pieces that the Nets could move to match Beal’s two-year, $72 million salary.

“Immersed in their championship window, the Brooklyn Nets are in the market for a third star and have internally discussed avenues of acquiring Wizards guard Bradley Beal, the Daily News has learned.

It’s unclear whether Beal will become available, though his circumstances have prompted speculation. The two-way guard is among the league’s highest-paid players and on a Wizards team with a low ceiling. He signed a two-year, $72 million extension last year that quelled trade rumors but Washington (24-40) is again lottery- bound.

The Nets will have to match salaries for any trade, with Beal earning roughly $29 million next season. Assuming Kevin Durant and Kyrie Irving are off limits, the Nets’ best assets are Spencer Dinwiddie ($11.5 million), Caris LeVert ($16.2 million) and Jarrett Allen ($3.9 million).”

Along with stellar averages of 30.5 points, 4.2 rebounds, 6.1 assists and 1.2 steals per contest, Beal is just 26 years of age. He may not have gotten the All-Star nod this year, but there are plenty of reasons to believe that Beal is becoming a Top 15 player in the league. Wizards star point guard John Wall has been sidelined for almost two whole years now, and the sweet-shooting Beal has been assuming playmaking duties for the team.

If they could bring back unrestricted free agent Joe Harris next season, the Nets will potentially have an elite starting five of Irving, Beal, Harris, Durant and Jordan. That should immediately be a Top 3 line-up in the league, if not the best one. It remains to be seen how the Nets front office will address their roster depth beyond those five players, but having three superstars in their prime should be more than enough.

But even though the Wizards have been lurking in the bottom half of the league for years now, Beal is still bent on finishing his career in Washington. Sure, there were times that the combo guard has expressed his displeasure, but there is also no doubt that his loyalty lies with the Wizards organization. Through a column he penned and told to Marc Spears of The Undefeated, Beal himself emphasized that if he can control his fate, he would rather spend his whole career in the nation’s capital.

“Wanting to have my jersey retired in Washington one day played a factor in me re- signing. Every night we walk into that arena, there’s five names up there. Those are some of the five greatest to ever touch a basketball. To be on pace to breaking the records that I am now and to be here for eight years already, that’s special. And coming into the prime of my career, you don’t know how much longer you have.

For me, I look at Kobe, I look at D-Wade [Dwyane Wade], I look at Dirk [Nowitzki], U.D. [Udonis Haslem], how they can stay in one situation for a long time.

I hate change. If it happens, it happens. But if I can control it, I will finish in D.C.”

With his excellent ability to score either off the dribble or off the ball, Beal should be a perfect complementary piece for Durant and Irving. He exerts tremendous effort on the defensive end, and he can make plays for his teammates. The Nets can stagger him in the rotation like what the Golden State Warriors do with Stephen Curry and Klay Thompson. They could have Durant and Irving rest when the second quarter starts, then have Beal lead the second unit.

There are just so much that the Wizards star can eventually do for the Nets, and the team has the package to arguably entice Washington to give up one-half of their star backcourt. Dinwiddie is only 27, LeVert is 25, and Allen is 22 years of age. If the Nets could throw in the Philadelphia 76ers’ first-round draft pick that they own, it should be enough for the Wizards front office to hit the green light and finally trade away Beal.

As for the Brooklyn management, they don’t have any choice but to make their stars happy. With their acquisition of Durant and Irving, they only have the Larry O’Brien championship trophy as their goal. It is safe to say that anything short of that mission will be a failure. Mid-way through this season, Irving already put it out there that the team has to upgrade their roster if they want to compete for the championship. (h/t ESPN’s Tim Bontemps)

“I mean, it’s transparent. It’s out there. It’s glaring, in terms of the pieces that we need in order to be at that next level. I’m going to continue to reiterate it. We’re going to do the best with the guys that we have in our locker room now, and we’ll worry about all  the other stuff, in terms of moving pieces and everything else, as an organization down the line in the summer.

Collectively, I feel like we have great pieces, but it's pretty glaring we need one more piece or two more pieces that will complement myself, [Kevin Durant], DJ,GT, Spence [Dinwiddie], Caris [LeVert], and we'll see how that evolves."

Of course, the offseason is not the most immediate concern that the Nets have to address right now. There is the growing optimism that the NBA will resume the suspended season in June or July, and the team is currently positioned for the playoffs. There are speculations that Durant and Irving could be fully-healthy by then, making the Nets a team to really watch out for if the NBA decides to push through for the postseason.