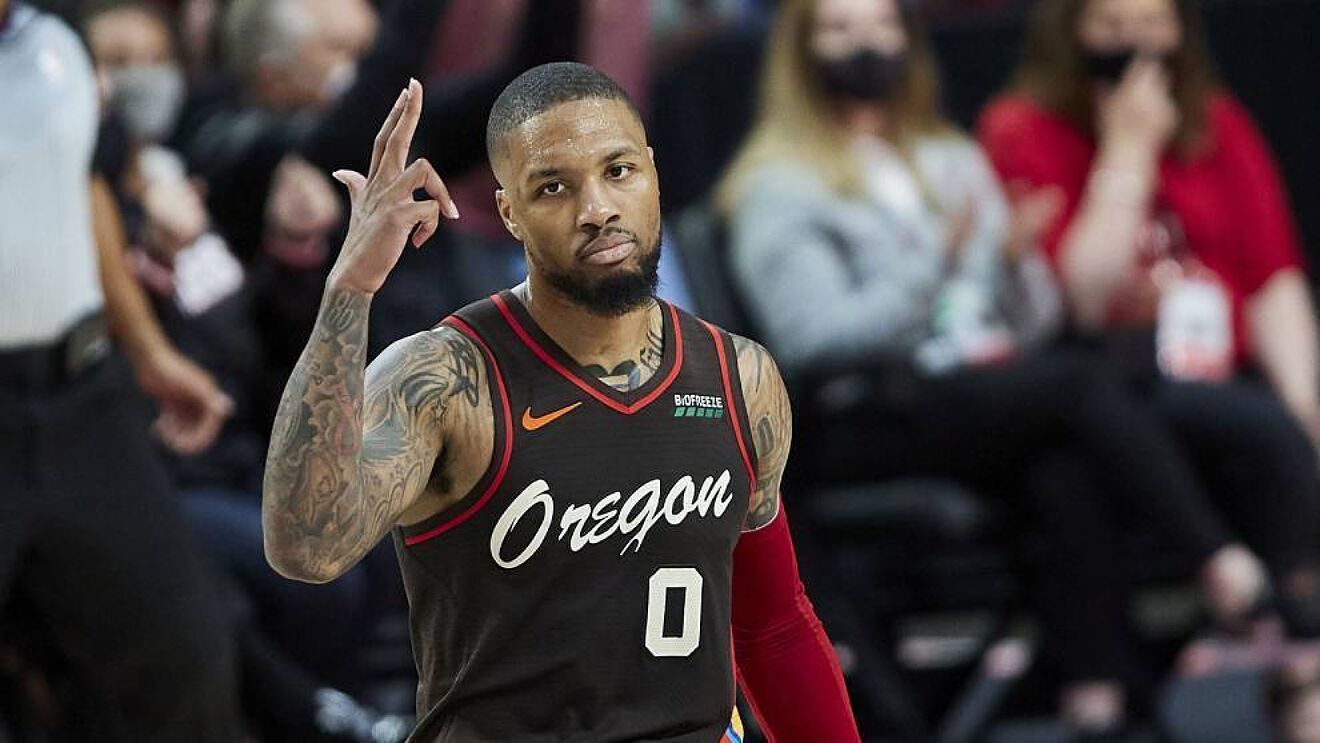 Lillard all-in with Blazers, as per McCollum

It is time to shut down the rumor mills of a possible Damian Lillard trade, at least according to his long-time teammate and backcourt partner CJ McCollum. McCollum, who has been with the Portland Trail Blazers for the entirety of his NBA career, knows that Lillard is not thinking of bolting out the door to possibly request a trade that will have him suit up for another team, something that he has not done since being drafted.

As per a column written by Aaron Fentress of The Oregonian, McCollum recently sat down with Senior NBA Insider Adrian Wojnarowski and appeared on The Woj Pod. The star shooting guard then made it very clear to everyone that he thinks that every person within the Blazers organization believes that Lillard wants to be with the team and knows that it is the team’s ultimate goal to win the coveted championship next season.

McCollum, who is coming off a career-best season in which he put up a tremendous stat line of 23.1 points, 3.9 rebounds, 4.7 assists, and 0.9 steals per contest, also produced a very efficient 40% clip from the three-point line. That is a very difficult feat to pull off, especially considering the fact that he is launching his triples off the dribble, instead of the usual spot-up jumpshot, which is the easier move to do.

However, the 6-foot-3 shooting guard also suffered a mid-season injury that kept him out for a couple of months. That setback hindered the Blazers’ progress as a team and they never got to build up their chemistry as they reached the more important games in the playoffs. Still, McCollum believes that Lillard is all-in next season, even though the team failed to get past the first round of the playoffs during the 2020-21 NBA season.

But of course, the road is a very tough one to ride out for this Blazers squad. While it is true that the core of the team is returning next season, it is also a fact that they did not get more star power and even firepower. Lillard, McCollum, and veteran big man Jusuf Nurkic will still be there, along with scoring wing Norman Powell. Robert Covington will still be their most versatile defender but other than these players, it is hard to pencil in the Blazers as a true contending team for the coveted NBA title next season.

As for Lillard, it also looks like there is a huge chance that he will still finish next season while donning the Blazers jersey. He is coming off another spectacular season in which he averaged 28.8 points, 4.2 rebounds, 7.5 assists, and 0.9 steals per contest. Despite the heavy workload that he is carrying for the Blazers each game, Lillard has maintained a high efficiency in terms of his shooting. The Blazers star finished last season by producing a 45% overall clip from the field, along with a 39% clip from beyond the arc.

Lillard, who turned 31 years of age last July, also knows that his championship window will start to close in the next couple of years. While it is true that his game was never built on pure athleticism, it is also a fact that every athlete will experience a decline in their performance at some point of their illustrious careers. The six-time All-Star point guard knows that and that is the main reason why he was vocal about his opinion that the Blazers front office need to build a stronger supporting cast around him.

As per a column written by Jason Quick of The Athletic, he pointed out that the Blazers will have a difficult time getting better through free agency. So to improve their roster around Lillard, the team will have to pull off a blockbuster trade deal with another team. That avenue would mean that the Blazers front office have to possibly move McCollum or Nurkic, along with one of their young players like Anfernee Simons or Nassir Little. This would be a move that will be prove to be very difficult to pull off, and would take a lot of sacrifice and risk, but it is something that they need to do to move the needle.

McCollum likely isn’t enticing enough to pry Ben Simmons from Philadelphia, even though their salaries virtually match. Olshey is known to be close friends with Daryl Morey, his counterpart in Philadelphia, but that friendship won’t be a factor whether Morey considers a McCollum-based offer, even if the pot is sweetened with young players such as Simons or Little. The aim for Portland is to elevate its No. 2 player, which currently is McCollum. In the NBA, teams are largely based around two star players. The Blazers feel like with Lillard, it’s a fair fight against nearly every other top player in the league. But while McCollum is a talented player, they have realized there’s a steep drop when pitting him against other team’s second-best players, such as Anthony Davis, Paul George, Klay Thompson and, after his recent NBA Finals run, Khris Middleton.

If Portland can’t improve its No. 2 player, the focus shifts to upgrading the third-,  fourth- and fifth-best players in hopes that the sum of the Blazers’ parts can swing the pendulum in their favor. It’s not an encouraging landscape for significant change, as it appears Portland is headed toward having the same starting lineup  with a different supporting cast. It has undertones of the summer of 2018, in the aftermath of third-seeded Portland being swept by sixth-seeded New Orleans. Amid the clamor for massive changes, the Blazers mostly stayed the course and reached the Western Conference finals the next season for the first time in 19 seasons.

Along with bringing in a new head coach in former NBA player and champion point guard Chauncey Billups, the Blazer front office also managed to acquire role players such as shooting guard Ben McLemore, small forward Tony Snell, and big man Cody Zeller. However, the Blazers also lost one of their most reliable scorers last season, Carmelo Anthony. Anthony was a free agent this summer and he signed with the Los Angeles Lakers to join his long-time buddy LeBron James and chase that championship that has been so elusive in his career.