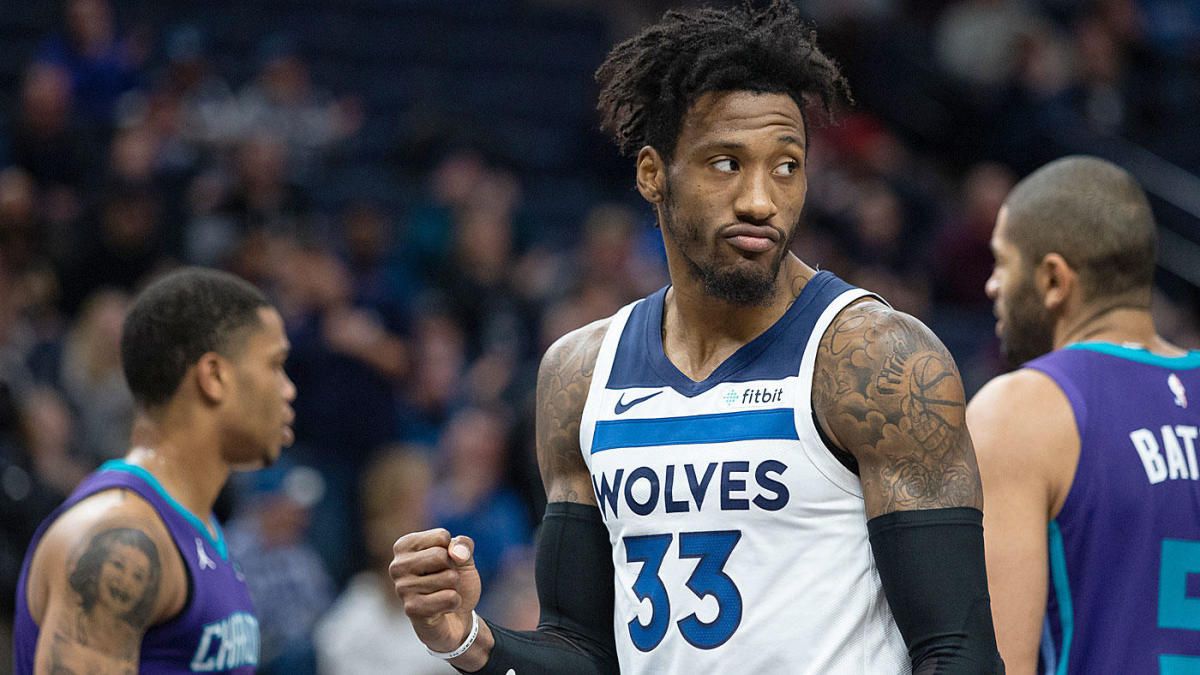 NBA Trade Buzz: Covington Could Be Headed To Houston

The Houston Rockets have been targeting another 3-and-D wing even before the season began. Their veteran sixth man Eric Gordon had a knee surgery that will keep him out until the latter weeks of December, while scoring forward Gerald Green is also slated to miss six months after having a left foot surgery in October. They were reportedly interested in nabbing defensive ace Andre Iguodala, but the Memphis Grizzlies organization have made it clear that they will only let go of the 35-year old three-time NBA champion via a trade deal.

With a trade for Iguodala arguably out of the picture, the Rockets are now setting their sights on another proven and excellent perimeter player. The Ringer’s Kevin O’Connor reported that the Rockets now have Minnesota Timberwolves swingman Robert Covington on their radar.

“The Houston Rockets have serious interest in Covington, league sources say. The Rockets are in the market for wings; with James Harden having another MVP-caliber season, they’re a team that should go all in no matter who the target is. They have the ammo to do so: Despite the pile of picks it sent Oklahoma City in the Chris Paul–for– Russell Westbrook blockbuster, Houston can still dangle its first-round picks in 2020 and 2022.”

Covington has been a key cog for the surprisingly impressive Wolves squad this season. A consistent starter for the team, he is posting averages of 12.5 points, 5.3 rebounds and 1.3 steals, while shooting a decent 37% clip from three-point territory. His positive impact on both ends of the floor has been instrumental for the Wolves, who are now sporting a 10-13 record, good for the 9thspot in the Western Conference.

Aside from his willingness to guard the opposing team’s best player each night out, Covington also doesn’t pack a lucrative contract with him. He will only make $12 million each year until the 2021-22 season, a bargain deal for a versatile forward like him. However, the important question lies in how the Rockets front office shuffle their pieces in the deal to land Covington. They are most certainly not going to move Gordon as they have just re-signed him to a four-year deal last offseason. PJ Tucker’s contract could be flipped for Covington’s, but Tucker’s incredible ability to defend positions 1-5 is what allows the Rockets to really dive into that small-ball line-up when necessary.

Many people around the league view Golden State Warriors All-Star point guard D’Angelo Russell as a valuable trade asset for the team. While the organization has reiterated many times that they did not acquire Russell just to use him as a trade bait, one can’t help but wonder how the 23-year old guard will fit in once the team’s superstar backcourt duo of Stephen Curry and Klay Thompson. Of course, head coach Steve Kerr can find a way to make it happen but it could still be a case of too much riches in that guard position.

Yet, we haven’t bumped into even a single report that the Warriors are gauging the league’s trade interest in D-Lo. Heavy.com’s Sean Deveney says that we won’t see the Dubs moving the 6-foot-5 sweet-shooting guard soon.

“If it is something that they’re going to do quickly, like before the end of this month, I wouldn’t say they’re pushing for it. Maybe they have a deal in mind, maybe they’re sitting on something and laying low. But I’d be surprised.

That’s not how they’d approach it, I’d think. You want to create a market if you are going to trade a player like him, you want to pit teams against each other, drive up the price. You don’t want to lock into one deal. But the market thing, that’s not really happening yet. They’re not pushing the market for him.”

In 13 games for the Dubs this season, Russell is posting a career-high in points with 22.0 markers per game. On top of that, the lefty gunner is also norming 3.7 rebounds and 6.2 assists while shooting a decent 35% clip from beyond the arc. Without Curry and Thompson, Russell has served as the squad’s scoring leader.

There’s no doubt that Kerr can make the Steph-Klay-D’Angelo trio work. The defense can be a bit doubtful as opposing teams will feast on creating mismatches on both Curry and Russell. But it would also surprise us if they really hold on to Russell in the years to come. They could flip him for a dominant frontcourt threat, a position that they are in need of.

One of the teams who is rumoured to be interested in getting the services of D-Lo are the Minnesota Timberwolves. It could be noted that Russell was actually in line to receive an offer from the Wolves, but the sign-and-trade deal involving him and Kevin Durant eventually led him to the Bay Area. Russell even went as far as to say that he would have grabbed the opportunity to play in Minnesota if not for the better weather in Golden State, as per Chris Hine of the Minneapolis Star Tribune.

So, it wouldn’t come as a surprise if the Wolves engage the Warriors in initial conversations for a possible trade deal for the All-Star scoring guard.

It seems like the Oklahoma City Thunder are still going to move Chris Paul after all. They are currently positioning themselves for a potential playoff run as they have raced to an 11-12 record, tied with the Phoenix Suns for the 7thseed in the West. O’Connor was also the one to report on this update regarding OKC’s efforts to trade Paul and the team’s other quality vets.

“OKC remains a playoff contender even after trading Westbrook and Paul George last offseason. The Thunder are just 11-12, but that’s good enough today for the 7-seed in the West. Despite their moderate success, plans haven’t changed; Paul, Danilo Gallinari, Steven Adams, and other veterans are all available, according to league sources.”

Before the season began, there were reports that the team is bent on shipping Paul’s massive boatload of salary for the next three years. They got an impressive sophomore point guard in Shai Gilgeous-Alexander as a centrepiece of the Paul George trade, installing him as the team’s cornerstone in the next few years. Although Paul can serve as a very helpful mentor for SGA, retaining Paul’s salary will rob the Thunder’s ability to sign top-tier free agents.

Gallinari, 31, is also having a very productive year for the Thunder. The stretch combo forward is pouring in numbers of 18.3 points and 5.7 boards, including a stellar 40% clip from long-range. Among those three names aforementioned, Gallinari is arguably the most tradable player. He has an expiring contract, and his offensive versatility can definitely be a big boost for any contenders who need a scoring punch off the bench.

On the other hand, Adams is the youngest among those players. At 26 years old, Adams still has a lot of room to grow. The 6-foot-11 big man is averaging a near double-double stat line of 10.8 points, 9.3 rebounds and 1.3 blocks per contest. But the biggest improvement for Adams this season is his passing. He is getting more involved in the offense, and it has resulted to a career-high 2.9 assists per contest. After this year, Adams is still owed $27 million in the 2020-21 season. That may be a boatload of a salary, but teams are expected to play big in the 2021 free agency class anyway. Adams’ contact will be expired by that time.

So, how would the Thunder entice other teams to take in their vets? O’Connor has the answer to that question.

“The Thunder could be used as a facilitator to take on a salary in a multiple-team trade, or simply take back big salaries in return if it means receiving more assets.  Cap space is scarce across the league, and teams are already looking to dump salaries to open space for the loaded 2021 free-agent class, headlined by Giannis Antetokounmpo. OKC could be willing to take some money on as it builds for the future.”

Of course, the Thunder would need other teams to give up future draft picks and even young assets in potential deals. Successfully trading away Paul, Gallinari and Adams would signal the official start to the Thunder’s full rebuilding process. There’s no question that they will be hungry for future draft picks as they continue to look for trade partners before the February trade deadline.